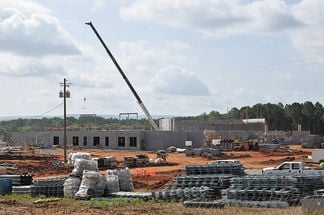 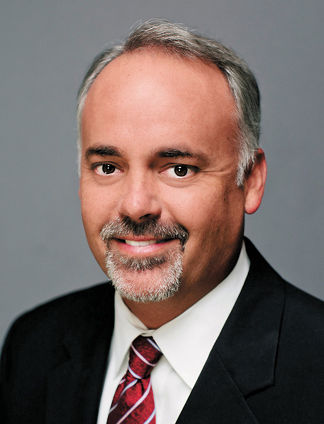 While the temperature still says summer, it is indeed time for kids to head back to school in Madison County. The three public school systems that surround Redstone are gearing up for another successful year, with new personnel, new buildings and new programs planned for 2015-16.

Huntsville City Schools continues its quest to modernize both its teaching techniques and facilities. While several school buildings have been closed and new schools are being built, those old facilities will not be sitting idle.

“University Place has been presold to the University of Alabama, the old Grissom High School will be repurposed to a community center, library and police precinct, the old Johnson building will be repurposed and the old Stone Middle School is being redeveloped to an entertainment center,” said Keith Ward, Huntsville City Schools director of communication.

Ward said the modernization is due to the shifting needs and transitioning of school populations. The new facilities will reduce the average age of the system’s schools, eliminate empty space not being utilized and will also provide buildings with up-to-date technology access – saving the school system $3 million a year.

The school system also will introduce new laptops to their students, continuing their textbook-free program. The new laptops have the ability to work like a laptop or a tablet and enable teachers to expand their teaching techniques to include a digital curriculum.

“It is opening up a whole new door of opportunity,” Ward said.

Construction continues on the new Jemison High School, which will also be the home to magnet program College Academy, a joint partnership between the school system and the University of Alabama in Huntsville. College Academy will give students the opportunity to earn up to two years of college credits before graduation. The school is scheduled to open in August 2016.

While Madison is also continuing its commitment to education using state-of the-art technology, one of its biggest changes in the upcoming school year concerns a beloved, longtime educator.

Robby Parker, former principal of Bob Jones High School, has assumed his new role as assistant to superintendent Dee Fowler. While Bob Jones students and parents will miss him, Parker is already enjoying his expanded role.

“The thing that gave me pause about being the assistant superintendent – and I debated long and hard – was not being in the school with the kids,” Parker said. “But now I can be a part of all of the kids’ (in Madison City Schools) lives.”

Parker said that there are both structural and curriculum changes being made for the upcoming school year, with the renovation of Madison Elementary and the expansion of the Pre-K program. Also, fifth and sixth graders for the first time will have the opportunity to explore expanded elective exploratory classes.

Not limited to the elementary schools, the two Madison high schools will also add electives such as a sports officiating and cyber security, and begin a more flexible daily program, giving students the opportunity to customize their schedules similar to college curriculums and work around part-time internships and jobs.

“Our motto is to prepare our students to be globally competitive,” Parker said.

As one of the biggest school systems in Alabama with more than 19,000 students, Madison County Schools will soon serve more of the younger students, with the expansion of their Pre-K program adding nine schools and 200 more students this year.

The school system is also delving into cyber courses, with Hazel Green High School introducing the system’s first cyber class. Hazel Green is also serving as the pilot program for the system’s new virtual resource program, Canvas, which will serve as an interactive learning tool for educators, students and parents. The program is scheduled to roll out to the entire school system in 2016-17.

In addition to technology advancements, one school in the system is thinking outside the box, or rather inside the box. Capitalizing on the popularity of online monthly subscription shopping boxes, Madison Cross Roads Elementary will introduce education boxes, which will include monthly learning activities intended to be fun for the whole family.

Former Cummings Research Park director John Southerland arrived as director of development and communication in March and looks forward to using his experience with the Huntsville/Madison County Chamber of Commerce to strengthening partnerships between Madison County Schools and the innovative industry that is a Redstone Arsenal and Huntsville hallmark.

“I have kids in the school system, one a freshman and one in sixth grade,” Southerland said. “I thought that (in this new role) I could make a difference, not just for my kids, but for all the kids in the system. Building relationships with community partners helps to create that pathway to success and what’s next.”