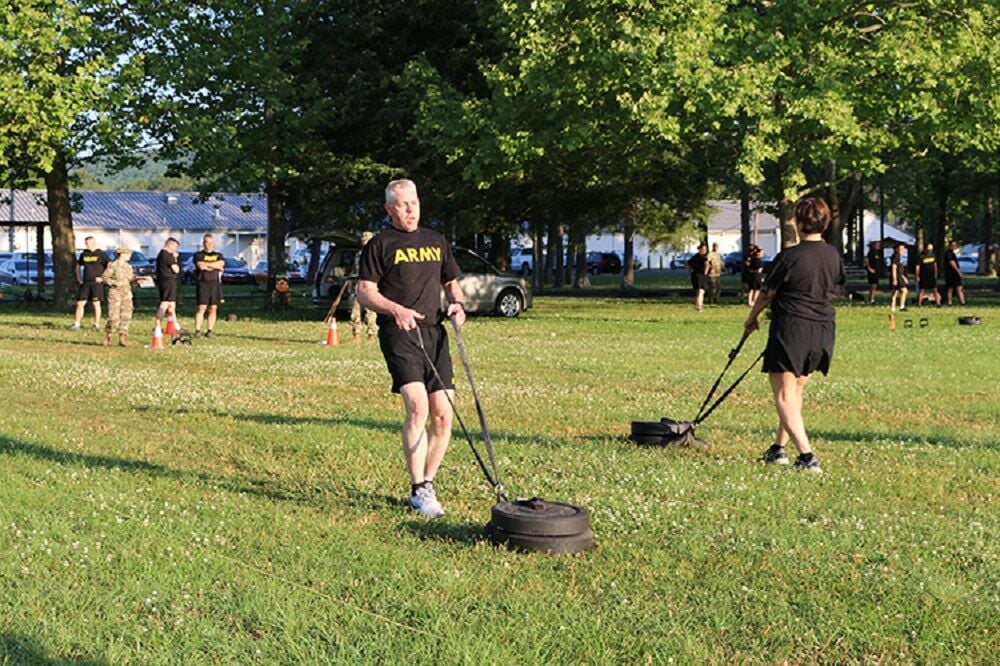 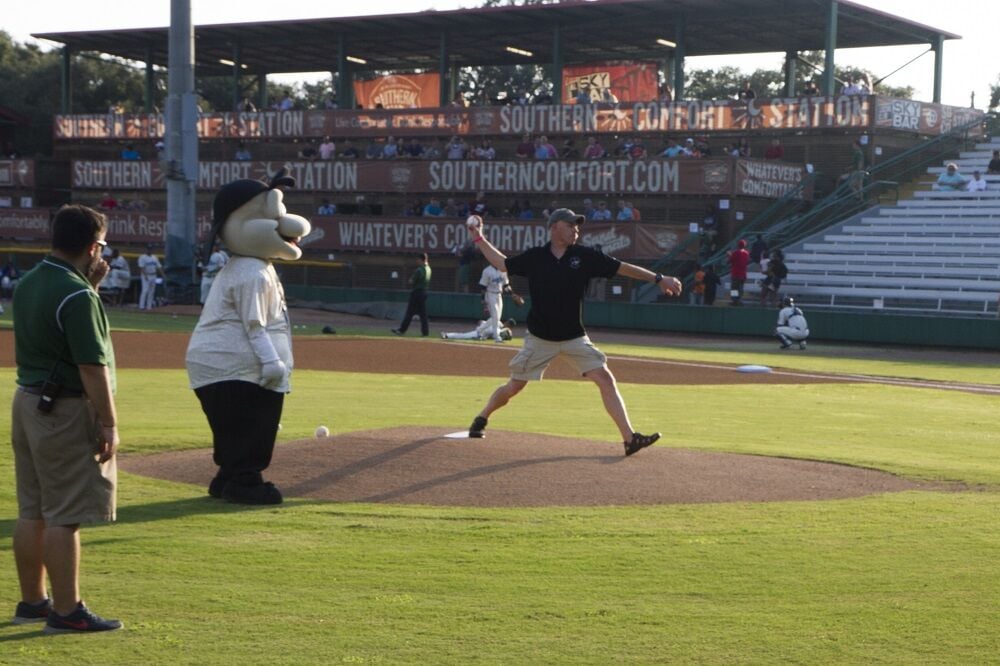 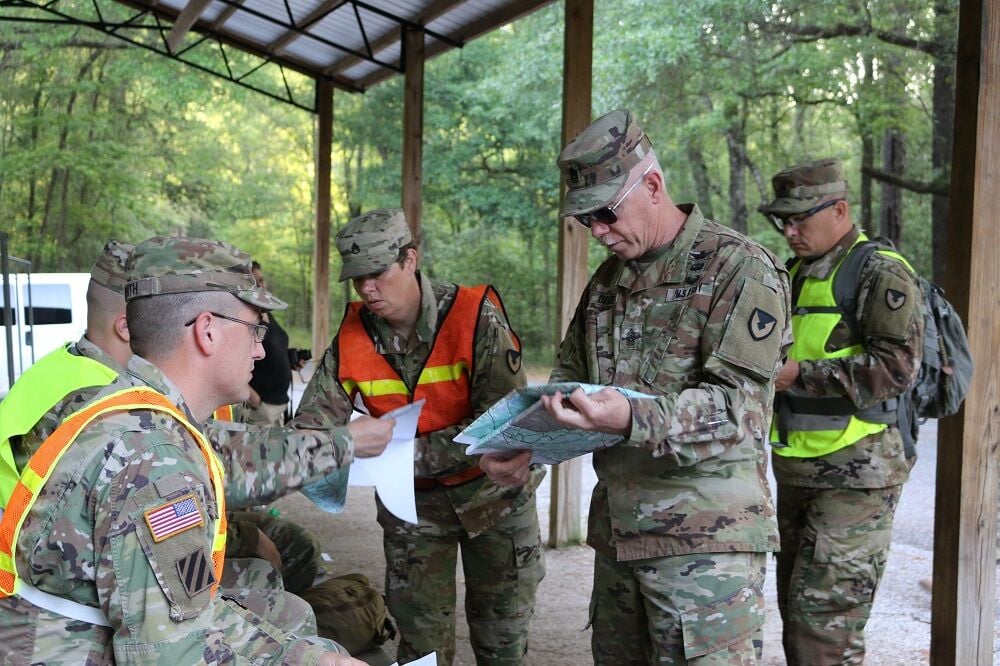 After 27 years, Command Sgt. Maj. Mike Dove is about to lace up his boots for the last time.

The command sergeant major of Aviation and Missile Command has lots of stories to tell – from his grandfather and his grandfather’s twin being prisoners of war during World War II to multiple combat deployments and the fact that Rosie the Riveter is one of his grandmothers (yes, he just glossed over that one).

But it all started in San Angelo, Texas, where Dove grew up as big brother to Bobby.

Though there was a rich family history of military service, it was the pursuit of an airframe and power plant mechanics license that ultimately led Dove to join the Army.

“I did go to (Reserve Officer Training Corps) right after high school with the Angelo State University,” he said. “I was in the Air Force ROTC program for a year. My grades, however, did not support the ROTC program.”

As it turned out, college was not a good fit at the time so Dove decided to get a private pilot’s license.

“I thought that was great and had a lot of fun with it but it was really expensive and I couldn’t afford it. So I needed to keep working to figure out what I needed to do next to support my plan to fly.”

Figuring the A&P license would get his foot in the door and open up a path for him, Dove sent out resumes to about 200 companies around the country. Of those, he only had three interviews and got zero job offers.

So he worked as a car mechanic.

One day, as Dove was parking a car he’d just finished an oil change on, a recruiter in a Class B uniform walked up. “He asked me if I wanted to work on trucks in the Army,” Dove recalled.

In so many words, Dove declined but countered, “I only want to work on airplanes; preferably, turbine engines. If you can get me something in that, we’ll talk; but, if it’s not aviation, I’m not going.”

Dove and his wife, Laurie, discussed the prospect of him joining the Army.

“I knew if didn’t join the military at that time, I’d probably regret it for the rest of my life,” he said. “So I decided to continue the conversation with the recruiter to see if he could really get me something in aviation or if he was just telling me some story to get me in the office.”

The couple had been married almost four years by the time Dove raised his right hand for the first time.

Because he had a high Armed Services Vocational Aptitude Battery score, he was able to take his pick of jobs. Though he wasn’t able to enlist as a turbine engine mechanic, he started as an OH-58 helicopter repairer – close enough.

Unlike so many who joined the Army, Dove said he didn’t join for the education benefits. He was in his late 20s and only wanted the experience he could gain.

“The plan was to do four years, figure out if I liked it or not and then, most likely, go back to Texas and continue on from there,” he said. “And I actually turned down the GI Bill so I could get the loan repayment program so the Army would pay for my A&P license. So (I was) back to making money to go try to figure out how to fly … which never happened – at least not as a pilot.”

Though he never made a profession out of being a pilot, Dove remained in the aviation community and played a role in maintaining the equipment aviators flew, performing flight duties as a nonrated crewmember and, later, leading Soldiers in that same community.

‘No one is more professional than I’

Taking care of Soldiers has been at the core of all Dove’s done throughout his career. Of note is the repairer’s role in getting Soldiers what they needed to succeed in the fight – at home and abroad.

In civilian terms, a command sergeant’s major role may be summed up as a general manager or senior adviser to a chief executive officer. But it’s so much more nuanced than that.

There are times when the commanding general gets a brief that indicates a program is going well. The command sergeant major, having had conversations with the Soldiers, is able to caveat what the CG has been told with what the Soldiers operating the equipment have to say.

“I get to help the enterprise provide solutions for some of the challenges that Soldiers are having,” he said. “That’s just one thing I get to do … and that’s probably the most rewarding piece of it because I actually do get to try to find a solution for Soldiers to make their jobs easier.”

Many have a mantra, person or ideal that guides them. For Dove, it’s the Noncommissioned Officer Creed.

“I’ve had to use that document to counsel NCOs and try to mentor some of those younger NCOs to become better NCOs,” he said. “When you read the NCO Creed it’s a very challenging document, but it’s also very standards-based. If you follow that, everything else falls in line.”

Those years included multiple deployments to Afghanistan, the Philippines and Iraq. Some of the highs and lows were equal in their impact.

“That was probably some of my best time in the Army and also some of the hardest with all the Soldiers we lost throughout that time.”

For Dove, one of those Soldiers was Master Sgt. James “Trey” Ponder III who was killed June 28, 2005, when the helicopter he was in was shot down in Afghanistan.

Dove credits Ponder with getting him to the 160th in the first place. Dove’s and Ponder’s wives worked together.

“They were the first friends we had at Fort Campbell,” Dove recalled. “We were in the same company and we served together for a long time. There were many times where he was just being a good NCO – coach, teach and mentor – showing you what’s right, showing you how to do different things on an aircraft, how to be a good leader.”

The most impactful event over his career was and remains Dove’s now nearly 16-year-old daughter. “My daughter makes me proud every day,” he said. “We had to work 15 years to get her; she’s very special. She makes Laurie and me very proud.”

One of Dove’s most challenging and, ultimately, memorable tours was his time as a first sergeant of an Unmanned Aerial Vehicle company in Germany. Things didn’t get off to a great start – no handover with the outgoing first sergeant and his being the oldest person in the unit whose average age was 21 were factors.

“It was a very small company – very young Soldiers,” he said. “I began to talk to those Soldiers – coaching, teaching and mentoring – constantly showing them what’s right, how to do the right thing, and how to do things better. (Telling them), ‘Even though I don’t really know anything about your UAV, we’re going to do these things better; we’re going to do it this way.’”

“We had a very good time over there,” Dove added. “It didn’t start out easy, but eventually it worked out.”

Dove recounted his first Thanksgiving experience with that company of young Soldiers that still makes him emotional.

Some said they were going to stay in the barracks or maybe go to somebody else’s house or order some pizza and play videogames.

Not on his watch.

“I said, ‘No you’re not; you’re coming to my house,” Dove remembered. “We had 27 Soldiers over to our house with their family members, deep fried two turkeys, cooked two hams.”

They’d borrowed fest tables from Morale, Welfare and Recreation and moved the furniture out of the living room.

“We had more food than the company could eat,” he said with a broad smile. “Thankfully, my wife and I had enough dishes where we could feed everybody with dishes and glasses – nobody had to eat off a paper plate; nobody had to drink out of a (paper) cup.”

As with all good things, the time has come for this career Soldier to call it a day.

The Army likely won’t have seen the last of Dove when he retires in August. His kindness, professionalism and leadership will live on through those with whom he served – probably some of the same ones who had Thanksgiving dinner at his house all those years ago in Germany.

As for what’s next? Stay tuned.

For now, Dove is looking forward to spending time with family, golfing and going on trips – he’s got a brother who lives overseas and family still in Texas.

But family is No. 1; always has been and always will be.