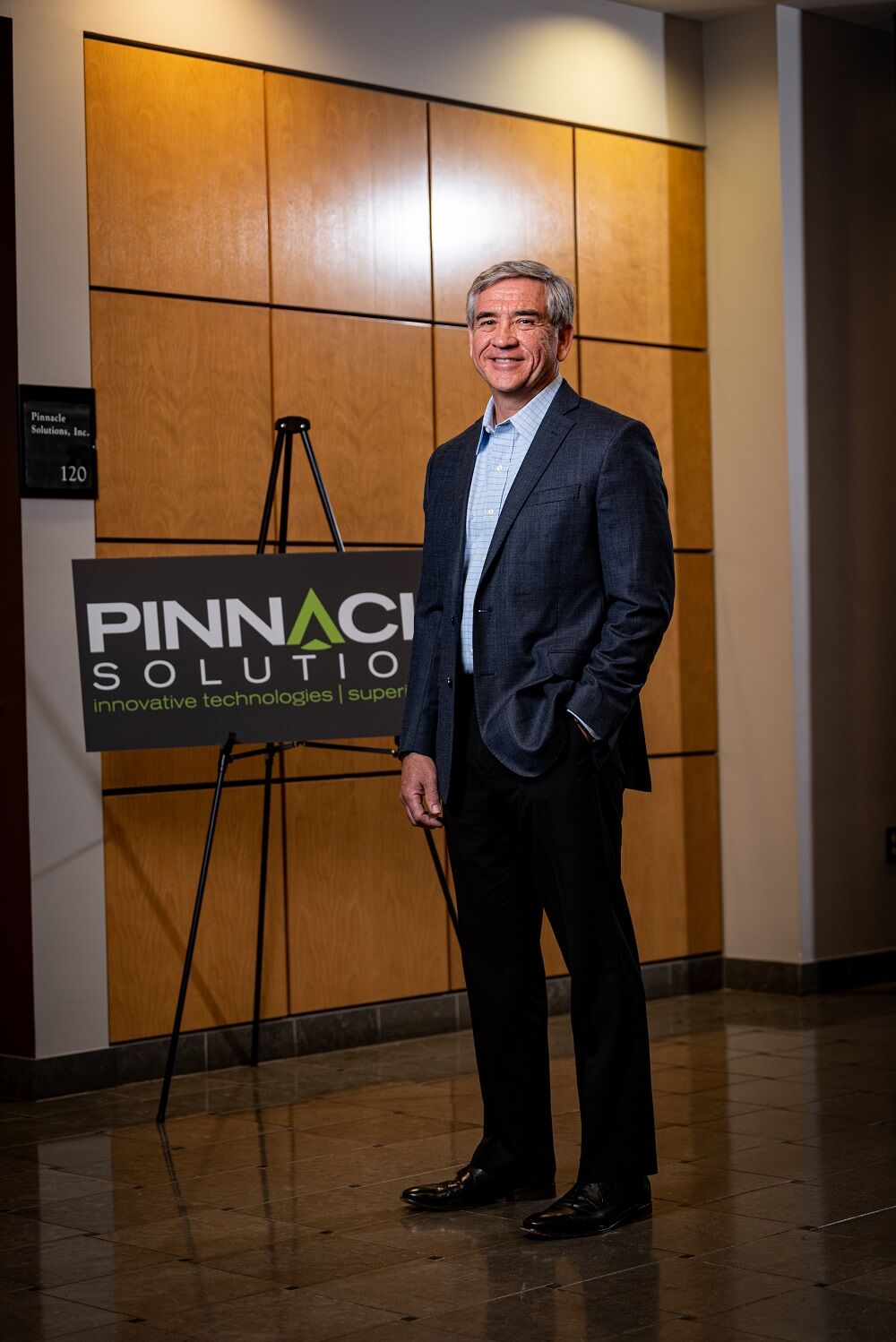 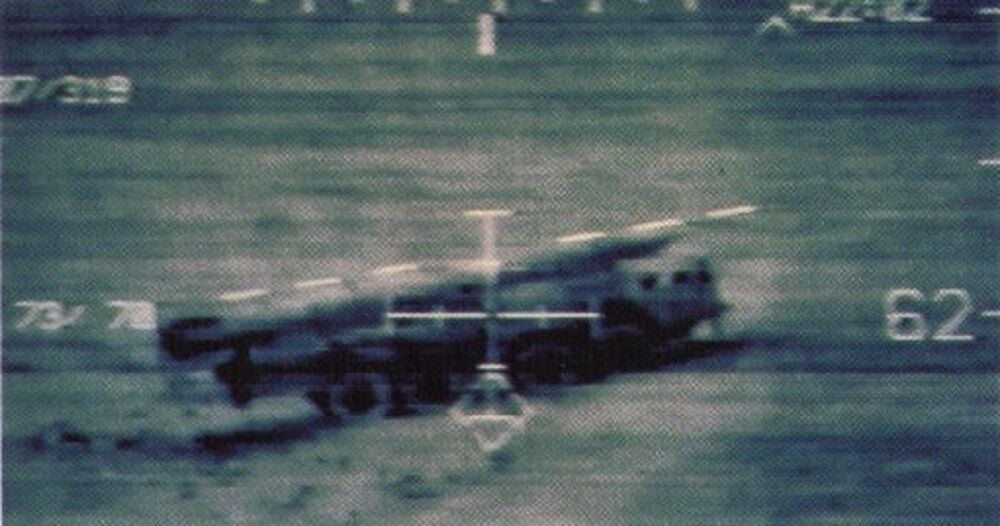 Feb. 28 marked the 30-year anniversary of the end of the Gulf War – a nearly seven-month battle resulting in almost 300 American deaths.

Mike Durant had, as the saying goes, “a front-row seat to history.”

Long before he became a renowned master aviator, best-selling author, husband and father of six, Durant was a kid growing up with a younger sister in a working-class family in Berlin, northern New Hampshire.

One summer, he worked for an Army National Guard warrant officer who owned a small aviation business with some helicopters and airplanes in his home state. “I got to go flying with him over the White Mountains in New Hampshire. It was the most amazing thing I had experienced at that point in my life and, from that moment on, set my sights on becoming a warrant officer and flying helicopters in the Army.”

Military service was not a foreign concept to Durant – specifically, in the National Guard: among others, his father was a first sergeant and his uncle was a recruiter. He also had an uncle who served on active duty in the Marines and one in the Army.

Though the path that led him there had a couple stops, he eventually got where he wanted to be.

“I wanted to go to flight school right away, but was told I could not, so I settled for 98G (Spanish voice intercept operator) in a military intelligence unit,” Durant said. “It seemed like a good opportunity to go to the Defense Language Institute (in Monterey, California) for almost a year and then be able to apply for flight school from active duty.”

His plan set in motion, the aspiring aviator applied for flight school while stationed in Panama. After being accepted, he attended Warrant Officer Basic Course and went on to flight training at Fort Rucker. Appointed to the grade of warrant officer one in November 1983, he completed the UH-60 Black Hawk Qualification Course and went on to the 377th Medical Evacuation Company in Seoul, South Korea.

After returning stateside, Durant was assigned to the 101st Aviation Battalion, part of the 101st Airborne Division at Fort Campbell, Kentucky. In August 1988, he moved over to what was then the 160th Special Operations Aviation Group (Airborne) and served as a flight lead and standardization instructor pilot.

It was with the 160th that he deployed to Operation Desert Storm and other hotspots around the world: Operation Prime Chance in the Persian Gulf, Operation Just Cause in Panama, and Operation Restore Hope in Somalia.

Triggered by Iraq’s Aug. 2, 1990, invasion of Kuwait, about half a million U.S. troops deployed to Saudi Arabia as part of Operation Desert Shield to protect against a potential attack by Iraqi forces. Desert Shield became Desert Storm Jan. 17, 1991, with the U.S.-led air offensive.

Desert Storm saw the first use of the MIM-104C Patriot missile system in combat, where it was used to intercept Scud missiles.

Durant was one of approximately 697,000 American service members who played some part in the war.

“I was the pilot in command of one of our specially modified Black Hawks configured as an attack helicopter, referred to as Direct-Action Penetrators or DAPs,” he recounted. “The aircraft and mission were just coming to life in the unit and I was fortunate to be signed off along with (Chief Warrant Officer 3) Cliff Wolcott as the only two UH-60 DAP PICs.”

They provided escort and direct action attack operations for Delta Force on the ground deep in Iraq.

“The overarching mission was to find and destroy Scud missiles that the Iraqis were using to draw Israel into the war which would have created a problem with the alliance that had formed between the U.S. and other Arab countries,” Durant said. “Those missions were incredible – long-range, bad weather, enemy threat, far behind enemy lines. It was about as good as it gets for someone who wants to be at the point of the spear and that’s what I wanted to be doing at the time.”

“I fired the first shots from an armed U.S. Black Hawk in combat,” the retired chief warrant officer four recalled. He was leading the two-helicopter flight when they were diverted to a Scud location. “I fired mini-guns from pretty close range, but then had a rocket system malfunction that limited our ability to destroy the launcher. I had our (forward-looking infrared) recorder going and there is a great picture of the gun run where you can see the mini-gun rounds impacting in and around the Scud. There was some speculation that these were decoys and that may be the case but, in the moment, it was quite the experience.”

And then there are places – especially in combat – no one necessarily wants to be.

For Durant, his low in Desert Storm came when an aircraft crashed on the Saudi side of the border and everyone on board was killed. “We did a traditional accident investigation,” he remembered. “I was the aviator assigned to the investigation and knowing the crew really made it a personal loss for me.”

According to Defense News, Desert Storm became known as the largest air campaign since the conflict in Southeast Asia. It was also the first time the Air Force used stealth and space systems support capabilities against a modern, integrated air defense.

After six weeks of air attacks, the ground war was only 100 hours before Kuwait was liberated.

Within days of the battle’s end, Durant and his team redeployed.

Two years later, Durant deployed to Somalia with the 160th from August to October 1993 as part of Operation Restore Hope. He was, again, on the front lines during the events that were later portrayed in “Black Hawk Down” – the book and movie.

Durant and Wolcott, the pilot he flew with in Desert Storm, were again in the same combat zone.

“I’d have to say the philosophy of ‘train as you fight’ is really what prepared me for Somalia,” Durant said. “I was on top of my game at that point in my career as was the crew and the operators on the ground that we were working with.”

Wolcott and fellow pilot Chief Warrant Officer 3 Donovan Briley were killed Oct. 3, 1993, when the Black Hawk they were flying was shot down. On that same mission, Durant’s helicopter was shot down and he was held captive for 11 days before being released. He credits the incredibly realistic survival training he received at the 160th with preparing him for that encounter.

“It’s hard to say for sure, but survival school may be the reason I’m still alive today,” he said. “What happened during those 11 days was the reason I decided to write my own book, which I’m quite proud of. Every detail that I can remember is in those pages.”

“In the Company of Heroes,” one of two books bearing Durant’s name, is the account of his experiences while deployed.

Being out front at those significant points in history was not Durant’s goal.

“It’s not what I set out to do, but (I’m) certainly proud of what we accomplished on all of the operations I was involved in,” he said. “Having served with some of the best aviators, (noncommissioned officers) and aviation leaders during that time period is probably what I’m most thankful for; I learned a lot from them.”

Ten years after flying combat missions in Desert Shield, about eight years after being shot down during the Battle of Mogadishu, 22 years after entering the Army and with over 3,700 flight hours under his belt, Durant closed the chapter on his uniformed service. The medals on his chest give a preview of his journey; among them are the Distinguished Service Medal, the Distinguished Flying Cross with oak leaf cluster, Bronze Star Medal with valor device, Purple Heart, Meritorious Service Medal, POW/MIA ribbon, and three Air Medals – one with valor device.

“Serving in general, and maybe more so in the special operations community, got me into a network of professionals that has made this all possible,” he said about his post-Army career.

Apart from his storied military career, Durant is the president and chief executive officer of an accomplished engineering and services company in Huntsville.

“Anyone who succeeds in our industry does so because of a commitment to values, domain expertise and having a solid network of professional contacts who can be called upon when needed,” he added. “I wouldn’t have any of those without the experience I gained in the Army and the 160th.”