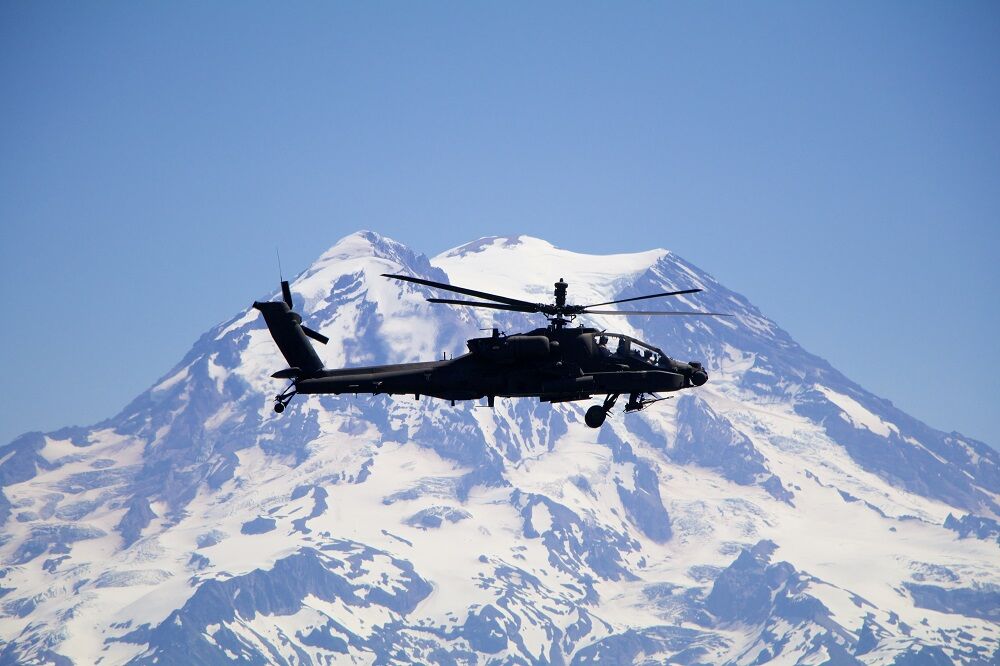 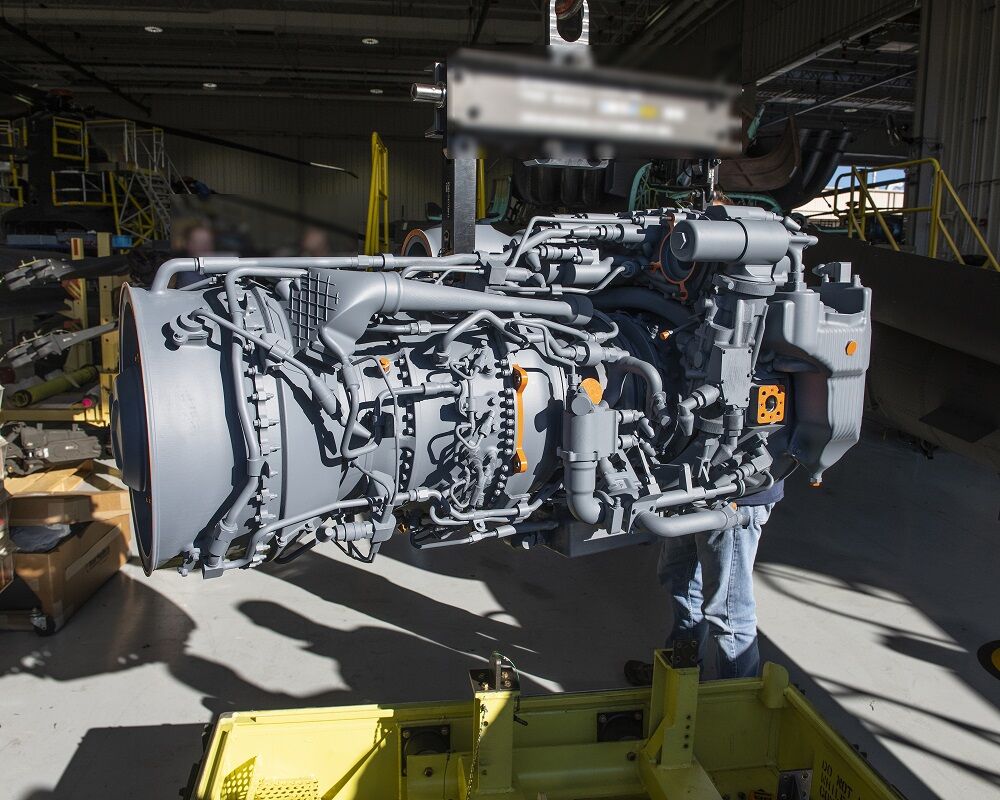 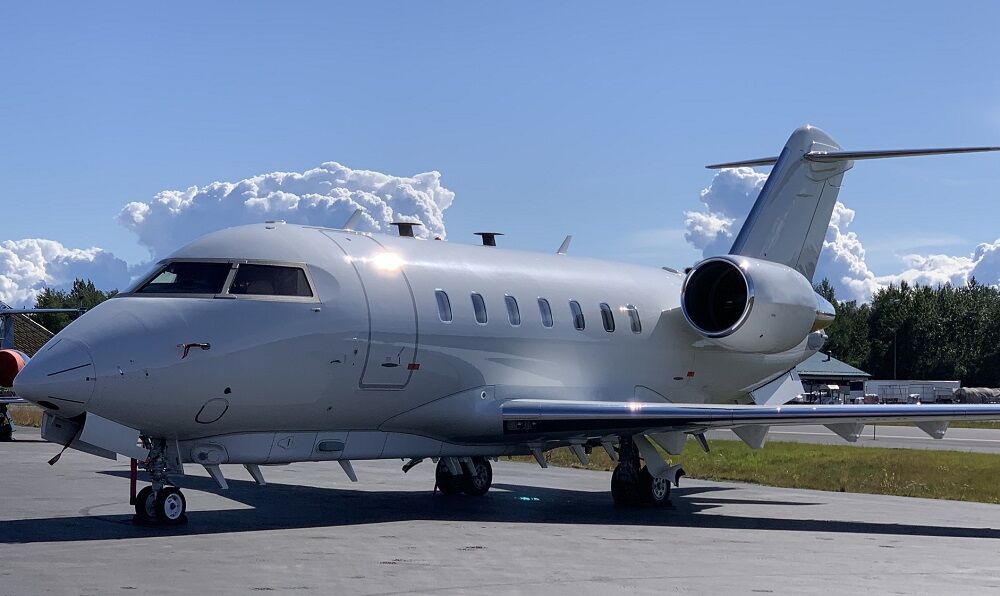 As with the rest of the nation, 2020 was a year in which the Program Executive Office for Aviation was challenged by the impact of the pandemic.

PEO Aviation began 2020 with leadership change in January as Maj. Gen. Thomas Todd transferred responsibility of the organization to Deputy PEO Patrick Mason to become the deputy commanding general for acquisition and systems management at the Army Futures Command. Mason served as the PEO until July, handing over leadership responsibilities to Brig. Gen. Rob Barrie, and returning to his previous position as deputy.

The AH-64 Apache Attack Helicopter Project Office had a productive year with the AH-64 program. They fielded a total of 64 aircraft to units across the Army. Despite challenges associated with the pandemic, the Apache New Equipment Training Team completed training in July for aviators with 1st Battalion, 229th Aviation Regiment (16th Combat Aviation Brigade) located in Joint Base Lewis-McChord, Washington, qualifying them to fly latest version of the aircraft. The 1-229th received the first production V6 in October and will continue taking possession of aircraft until reaching their 24th scheduled for delivery in March.

Aviation Mission Systems and Architecture Project Office remained as productive as ever, completing the fielding of the Aircraft Notebook in March with more than 600 servers and almost 3,000 workstations followed by the subsequent transition to the PEO-Enterprise Information System. This wrapped up an initiative which began in 2016 with initial fielding to the Lakota fleet. The Self-Propelled Crane, Aircraft Maintenance and Positioning completed its Logistics Demo and Technical Manual Verification in February and achieved Initial Operational Capability in July. The project office also supported the successful integration of Degraded Visual Environment Aircraft A-Kits with maintenance operational checks on eight HH-60M aircraft of the 1st Cavalry Aviation Brigade. The team then aided in the definitization and funding of the B-Kit production contract, with B-Kit installation and unit training commencing in October. In all the project office has delivered more than 760 Aviation Mission Planning Stations, 2,500 Common Aviation Tool Systems, 500 Blue Force Tracker kits, 260 AN/ANRC-231 Radios and 627 Improved Data Modems.

The Aviation Architecture and Environment Exploitation Product Office experienced a leadership change as Shawn Gresham relinquished his position as product manager to Raymond Scarborough in June. Scarborough served in the role until the arrival of Lt. Col. John Seitz who assumed the charter as the product manager for the A2E2 Product Office in July. The Assured Airspace Access Systems Product Office saw a change of leadership when Patrick Layden relinquished the A3S charter to Lt. Col. Adam Moodie.

The Aviation Turbine Engines Project Office was able to achieve several notable accomplishments despite having to adjust to working mostly in a virtual environment. The Improved Turbine Engine Program completed the Critical Design Review milestone within a completely virtual environment. Each of the three CDR events, the Engine Control System Component CDR, Software CDR, and Engine System CDR, was conducted exclusively using virtual collaboration tools, a first for a major milestone event. The project office also completed fit testing the next generation power plant for the Apache and Black Hawk helicopters. The side-to-side fit checks in an Apache and Black Hawk used a 3D printed model of the T901 to conduct this comprehensive risk reduction effort. The T901 Mockup Engine was installed in both Nacelles of an AH-64E and H-60M airframe. The fit tests included inspections and measurements of clearances to assess the design envelope, and Human Systems Integration. The ITEP team, supported by the Utility Helicopters Project Office, Sikorsky, Apache Helicopter Project Office, Boeing, and GE Aviation, ensured the drop-in replacement was a seamless fit in both aircraft platforms for both form and function.

The Cargo Helicopters Project Office delivered 17 CH-47Fs in 2020, bringing the total number of CH-47Fs on hand to 459. The Army took delivery of the first CH-47F Block II engineering and manufacturing development prototype in September.

The Future Attack Reconnaissance Aircraft Project Office increased office size from four to 24 members. The office processed 64 contract actions across 40 contract vehicles. In March, it selected two of five vendors competing for the FARA Competitive Prototype effort to continue beyond Initial Design and Risk Review through Final Design, Prototype Build, and Flight Testing. The project office, in coordination with the Future Vertical Lift Cross Functional Team and the intelligence and requirements community, published the Virtual Online Threat Library to provide current and future threats. This small but capable organization looks to continue its prudent growth in order to position the project office for a successful design authority transition and to prepare the acquisition strategy, and future projected milestones.

The Multi-National Aviation Special Project Office celebrated its 10th anniversary in 2020. Since its inception in 2010, the project office has served the Department of Defense in performing Mi-17, and other non-standard rotary wing aircraft, procurement and support activities, and 2020 was as busy as ever. During the year, the project office executed more than 180 contract actions in providing aviation support to international partners and allies and garnered Army recognition for their efforts. The project office was selected as the winner of the Army Operational Analysis Award, given in recognition of analytical efforts in support of operational commanders.

PEO Aviation’s Mike Cowperthwait and Peter Trenkle were recognized as PEO Aviation’s nominees for 2020 Association of the U.S. Army Redstone-Huntsville Chapter Department of the Army Civilian of the Year. Cowperthwait, deputy project manager for Cargo’s CH-47F, was nominated and won in the Technical/Technical Management category and Trenkle, an engineer with the Unmanned Aircraft Systems Project Office, was nominated in the Professional/Technical category.

While 2020 was a year of unparalleled challenges, PEO Aviation has adapted to the current environment and continued to accomplish. The PEO Aviation workforce will continue to execute its primary objective: serve Soldiers and the nation by designing, developing, delivering and supporting advanced aviation capabilities for operational commanders and allies.