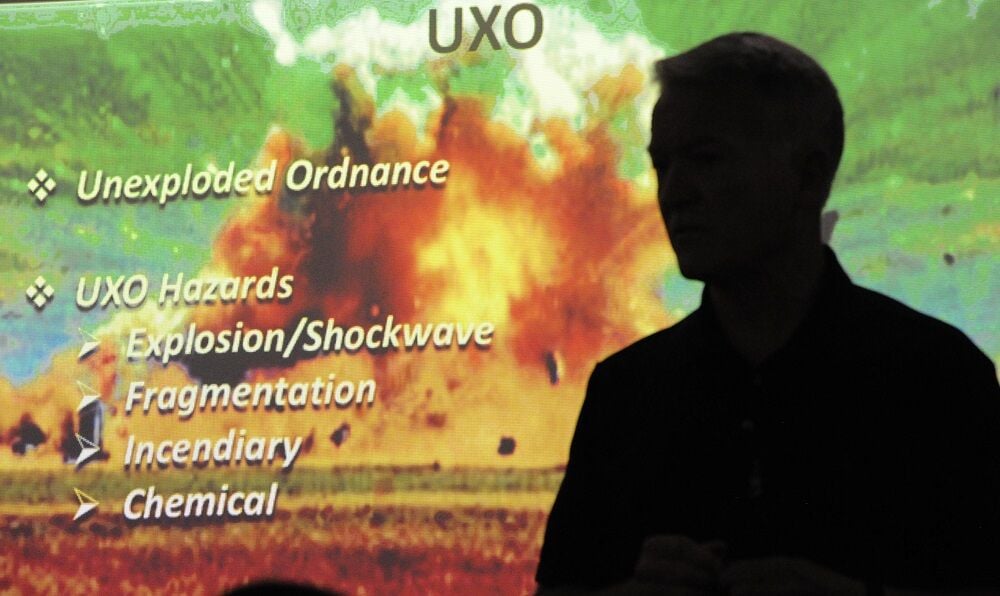 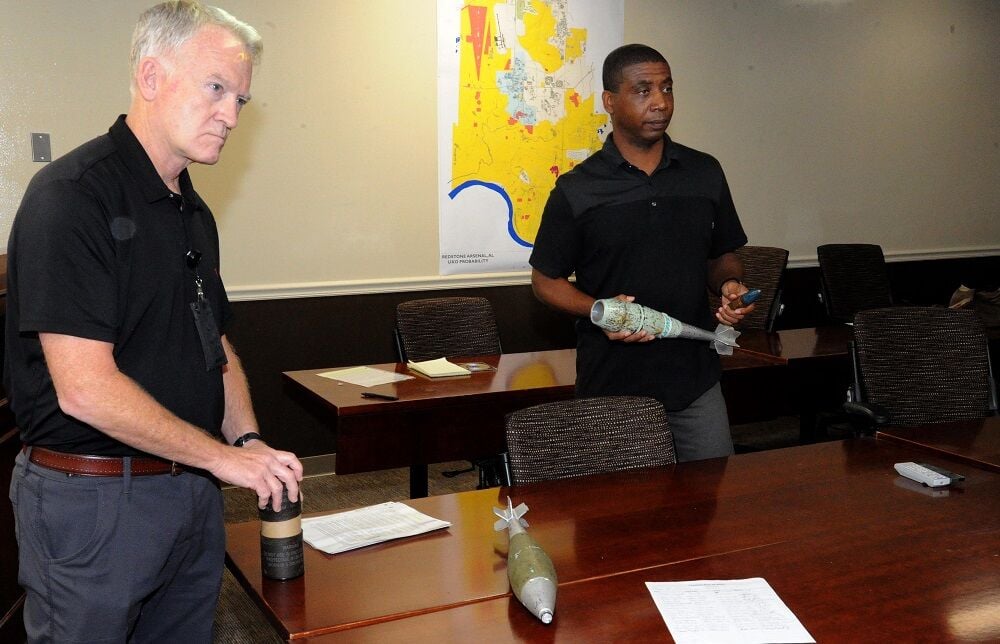 Redstone Arsenal has a long, storied history but Mike Moore and the Garrison’s safety and risk management office wants to make sure people avoid a literal blast from the past.

Each year the safety office offers an unexploded ordnance class to hundreds of people like hunters, contractors and biologists who find themselves in some of the more remote areas of Redstone.

“Unfortunately, for some people who don’t follow the training there have been some incidents,” Moore said.

One example he gave was a person had found a UXO and brought it back to his office. Moore said he decided to cut it in half to see what was inside. That’s when it exploded. It cost the person a couple of fingers, but no one else was injured, according to Moore.

All sorts of ordnance like smoke bombs, cluster bombs, hand grenades and various sized mortar rounds have been found on the Arsenal.

According to Charlie Carter, who taught the UXO class last week, there are three things you should do when you encounter a suspicious object: recognize, retreat and report.

Learning to recognize the objects is where the training class comes in handy. Moore and Carter pass around a number of examples of different types of UXOs during the training sessions.

“That way you can recognize them now with your hands, because you don’t want to do that out there,” Carter said.

Retreating from the area seems like common sense, but Carter made a couple of points that many people wouldn’t normally consider like don’t make phone call while you’re inside the potential blast radius of the object and to retreat in a straight line, because there could be other devices that you don’t see.

“Some of those things, it takes a certain amount of revolutions form to explode,” Carter said. “And if you happen to kick it, there may be that last little twist that it needs.”

Just as important as retreating to a safe distance is letting someone know that you’ve found something. That way the object can be disposed of properly.

Carter said people should call 911, tell the operator you’re on Redstone Arsenal, then once you’re transferred to the post’s call center tell them what you’ve found and where you are.

“UXO awareness is a very successful safety program,” Moore said. “There have been instances where personnel who received the training did encounter UXO and they have all followed the correct safety actions to avoid an UXO incident.”