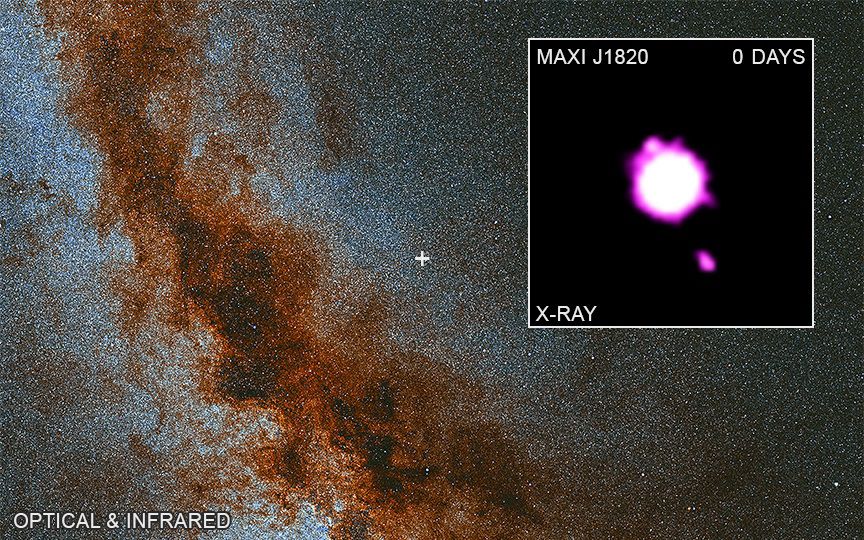 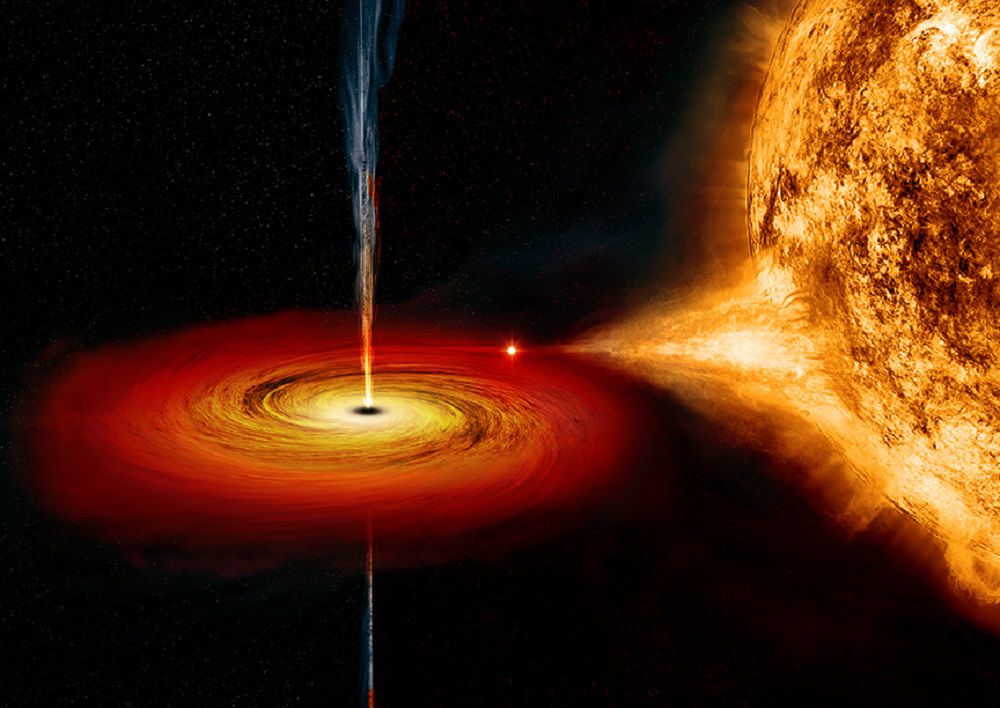 Astronomers have caught a black hole hurling hot material into space at close to the speed of light. This flare-up has been captured in new animated images from NASA’s Chandra X-ray Observatory.

The black hole and its companion star make up a system called MAXI J1820+070, which resides in the Milky Way galaxy about 10,000 light-years from Earth. Formed by the destruction of a massive star, the black hole has a mass about eight times that of the Sun, identifying it as a so-called stellar-mass black hole.

While some of the hot gas in the disk will cross the event horizon – the black hole’s gravitational point of no return – and fall in, some is instead blasted away in a pair of jets pointed in opposite directions, launched from outside the black hole’s event horizon along magnetic field lines. The new footage of this behavior is based on four observations obtained with Chandra in November 2018 and February, May and June of 2019, and reported in a paper led by Mathilde Espinasse of the Université de Paris.

Just how fast are the jets of material moving away from the black hole? From Earth’s perspective, the northern jet appears to be moving at 60% the speed of light, while the southern one is traveling at an impossible-sounding 160% of light speed. This is an example of superluminal motion, a phenomenon that occurs when something travels toward us near the speed of light, along a direction close to our line of sight. This means the object travels almost as quickly as the light it generates, giving the illusion that the jet’s motion is more rapid than the speed of light.

In this case, the southern jet is pointing toward Earth, so it appears to be moving faster than the northern one. The actual velocity of the particles in both jets is greater than 80% of the speed of light. Only two other examples of such high-speed expulsions have been seen in X-rays from stellar-mass black holes.

MAXI J1820+070 also has been observed at radio wavelengths by a team led by Joe Bright from the University of Oxford in England, who previously reported the detection of superluminal motion of compact sources based on radio data alone that extended from the launch of the jets on July 7, 2018, to the end of 2018. Radio observations conducted with the Karl G. Jansky Very Large Array and the MeerKAT array also were used to study the jets.

Because the Chandra observations approximately doubled the length of time the jets were followed, a combined analysis of the radio data and the new Chandra data by Espinasse and her team gave more information about the jets. This included evidence that the jets are decelerating as they travel away from the black hole.

Most of the energy in the jets is not converted into radiation, but instead is released when particles in the jets interact with surrounding material, possibly causing them to decelerate. When the jets collide with surrounding material in interstellar space, shock waves – akin to sonic booms caused by supersonic aircraft – occur. This process generates particle energies higher than that of the Large Hadron Collider.

Researchers estimate that some 400 million billion pounds of material was blown away from the black hole in the two jets launched in July 2018. This amount of mass is comparable to about a thousand Halley’s Comets – about 500 million times the mass of the Empire State Building.