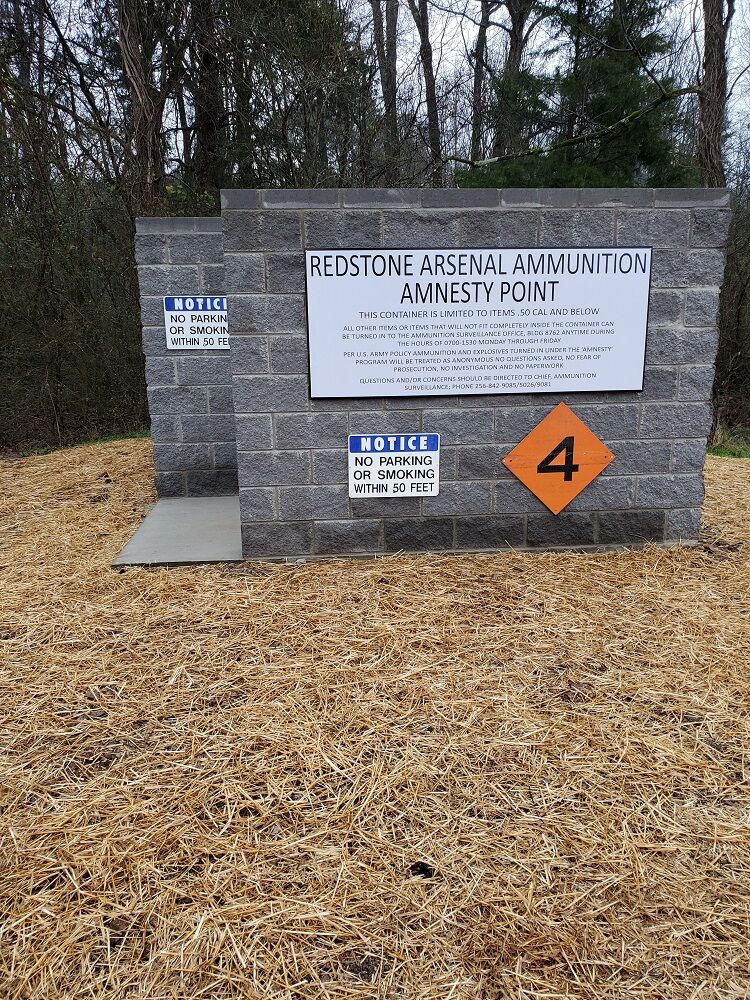 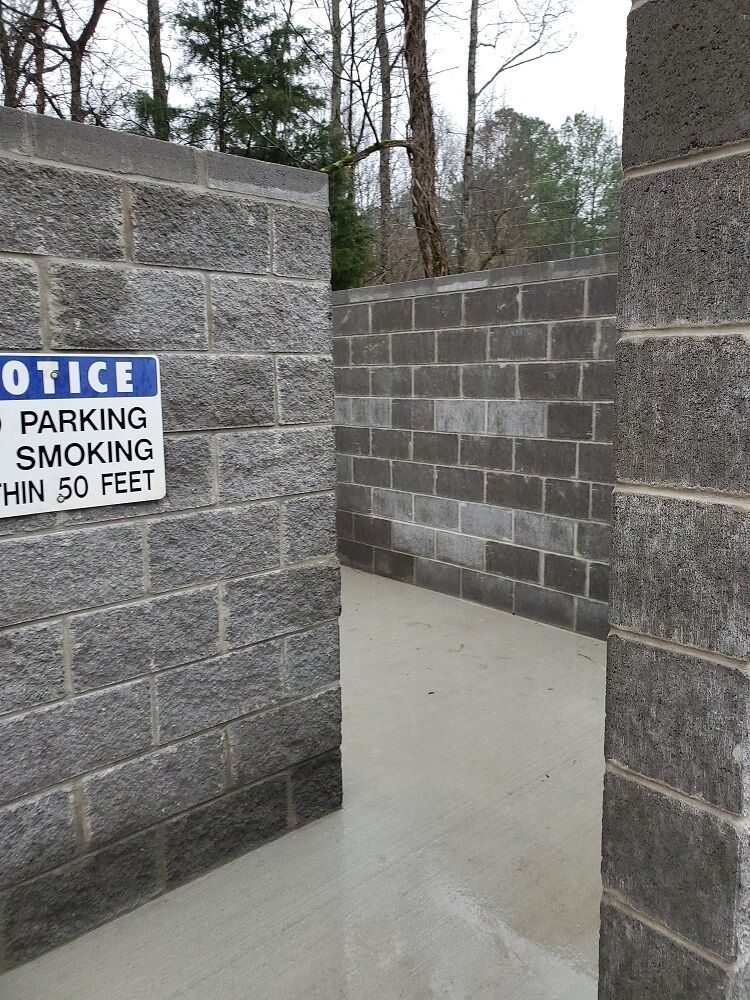 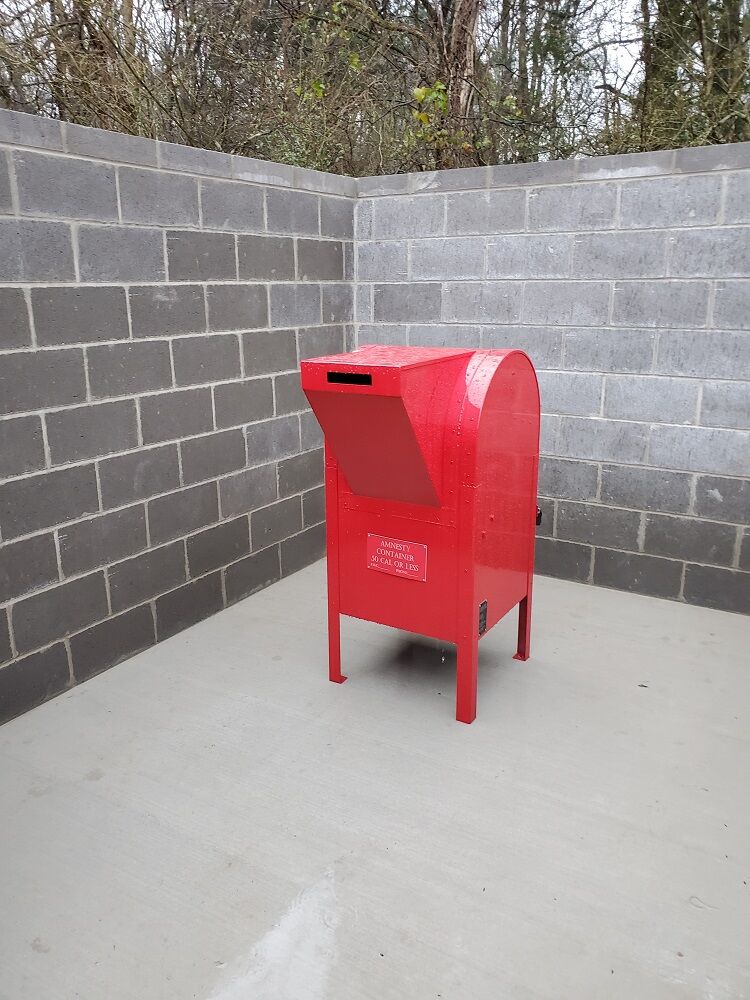 Redstone people can turn in small-arms ammunition that are old, damaged, found or no longer wanted at the amnesty point located at the intersection of Patton and Buxton Roads on the east side of Patton Road.

Amnesty turn-ins are “no questions asked” and will not be the cause for initiation of an investigation of individuals making turn-ins, said Brad Champion, Aviation and Missile Command explosive safety manager.

The area is clearly marked with signs and the red amnesty collection box, a modified U.S. Postal Service mailbox.

Champion said amnesty is not a substitute for the normal turn-in process for government ammunition and explosives. For more information on those procedures, call Champion at 842-3243.

The AMCOM Safety Office and the LRC quality assurance ammunition surveillance specialists will host an Amnesty Day, Dec. 1 when a team of QASAS and explosives safety specialists will be on site to accept amnesty Items.

For more information on turning in ammunition and explosives, email Champion at brad.t.champion.civ@army.mil or Michael Dubenezic at michael.s.dubenezic.civ@army.mil.