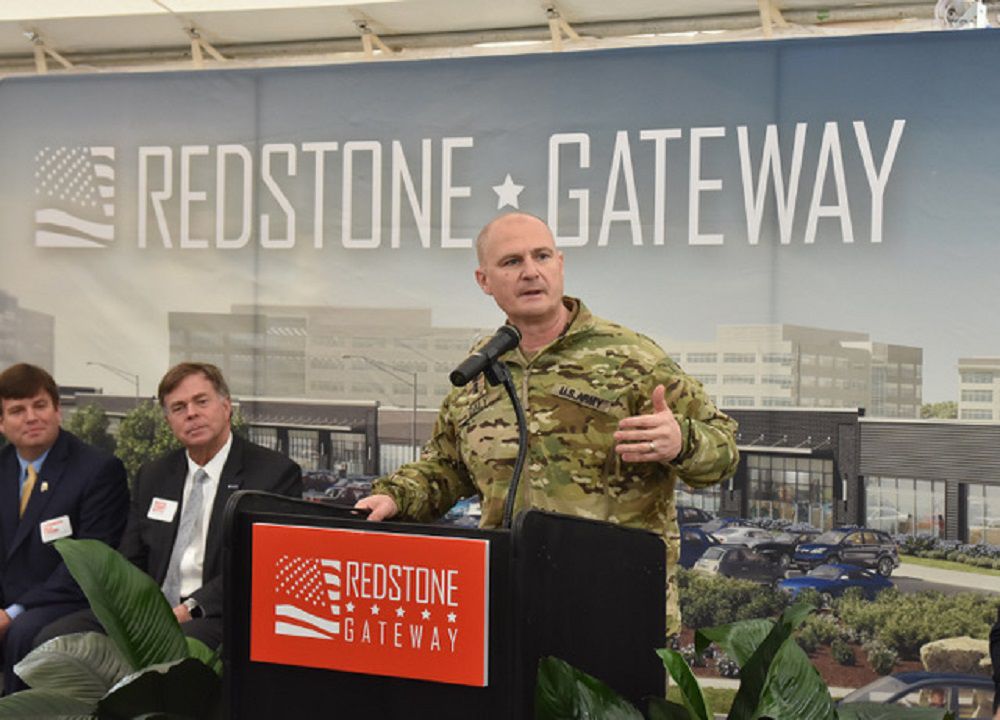 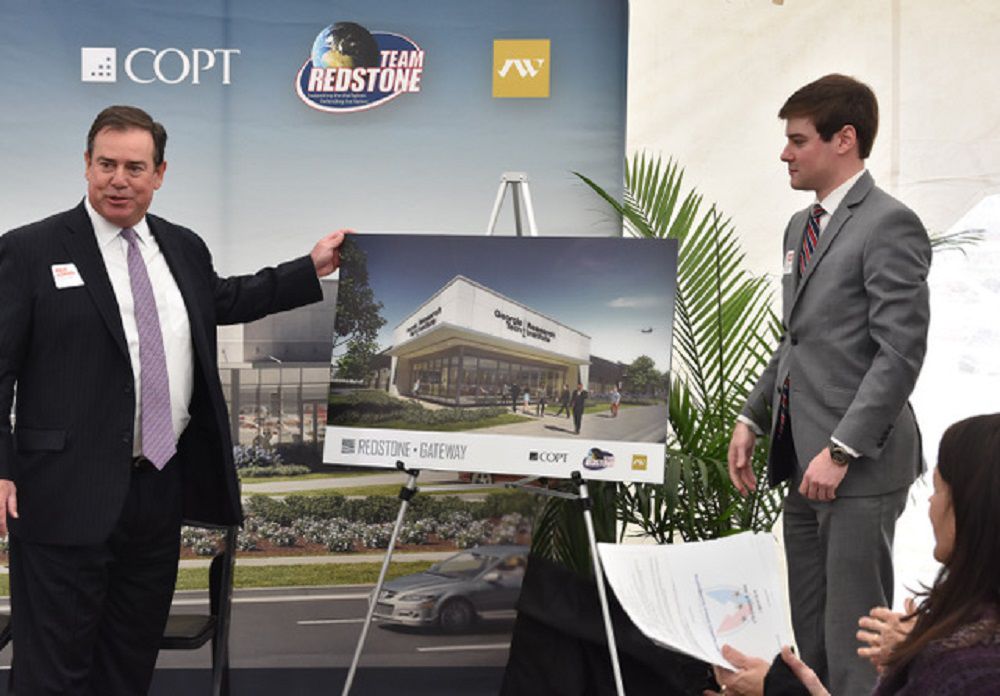 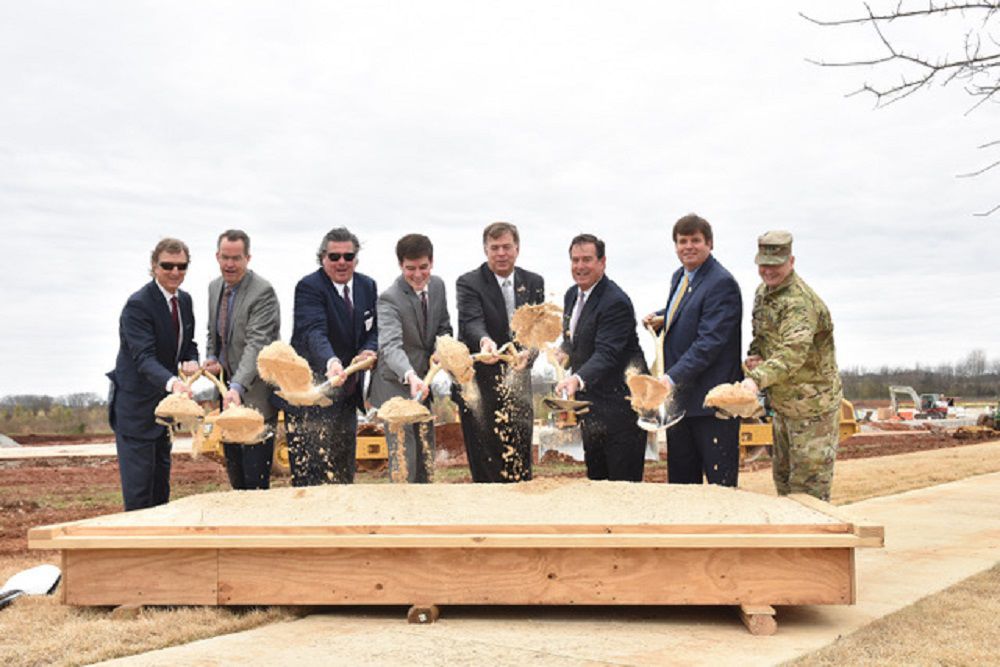 Georgia Tech Research Institute will be moving into the newest Redstone Gateway development after construction is complete by fall of 2020.

The institute will occupy half of the 76,000 square foot single-story office space under construction at 8800 Redstone Gateway, Paul Adkins said Thursday at a groundbreaking ceremony at the site. Adkins is executive vice president and chief operating officer of Corporate Office Properties Trust, a developer of the gateway project along with Jim Wilson & Associates.

Redstone Senior Commander Lt. Gen. Ed Daly talked about the level of commitment dedicated to the Redstone Gateway project being a demonstration to the future of Redstone Arsenal and the community.

“The continued growth and development of Redstone Gateway is mutually beneficial to this installation and our local community. On Redstone alone, proceeds from this public/private-sector partnership have allowed us to make critical infrastructure improvements, including a new substation with added capacity and better reliability, traffic improvements on Rideout Road at Gate 9, and a new railroad spur. We value the commitment and impact this series of projects has on Redstone Arsenal and, consequently, on our armed forces,” Daly said.

Georgia Tech is the first of other academia interests that will be housed at Redstone Gateway.

“Right here, academia will work with organizations on Redstone, such as the Aviation and Missile Center, on cutting-edge technology that will allow our Soldiers to maintain the competitive edge on the battlefield,” Daly said.

The developer’s joint venture leases the land through an Enhanced Use Lease from the Garrison at Redstone Arsenal.

Huntsville Mayor Tommy Battle recalled putting together the partnership to create Redstone Gateway 10 years ago wasn't easy, with long hours of negotiation between several different entities involved in the project.

“We did come together with an agreement,” Battle said.

The city, he said, wanted to make it work because at that time, there were 440 acres left in Cummings Research Park for development. Today, it’s down to 300 acres.

“We knew (10 years ago) that if we were to continue to grow we would need additional office space to supply a place to work for our future generations,” Battle said. “We came up with an agreement that allows 4.2 million square feet of office space out here.”

Development at Redstone Gateway will continue over the next 15 years.

Adkins said the master plan for the site includes up to 4.2 million square foot of office and research and development properties, as well as supporting retail, food and hospitality amenities. Of this total, 1.2 million square feet will be in a secure area inside Gate 9.