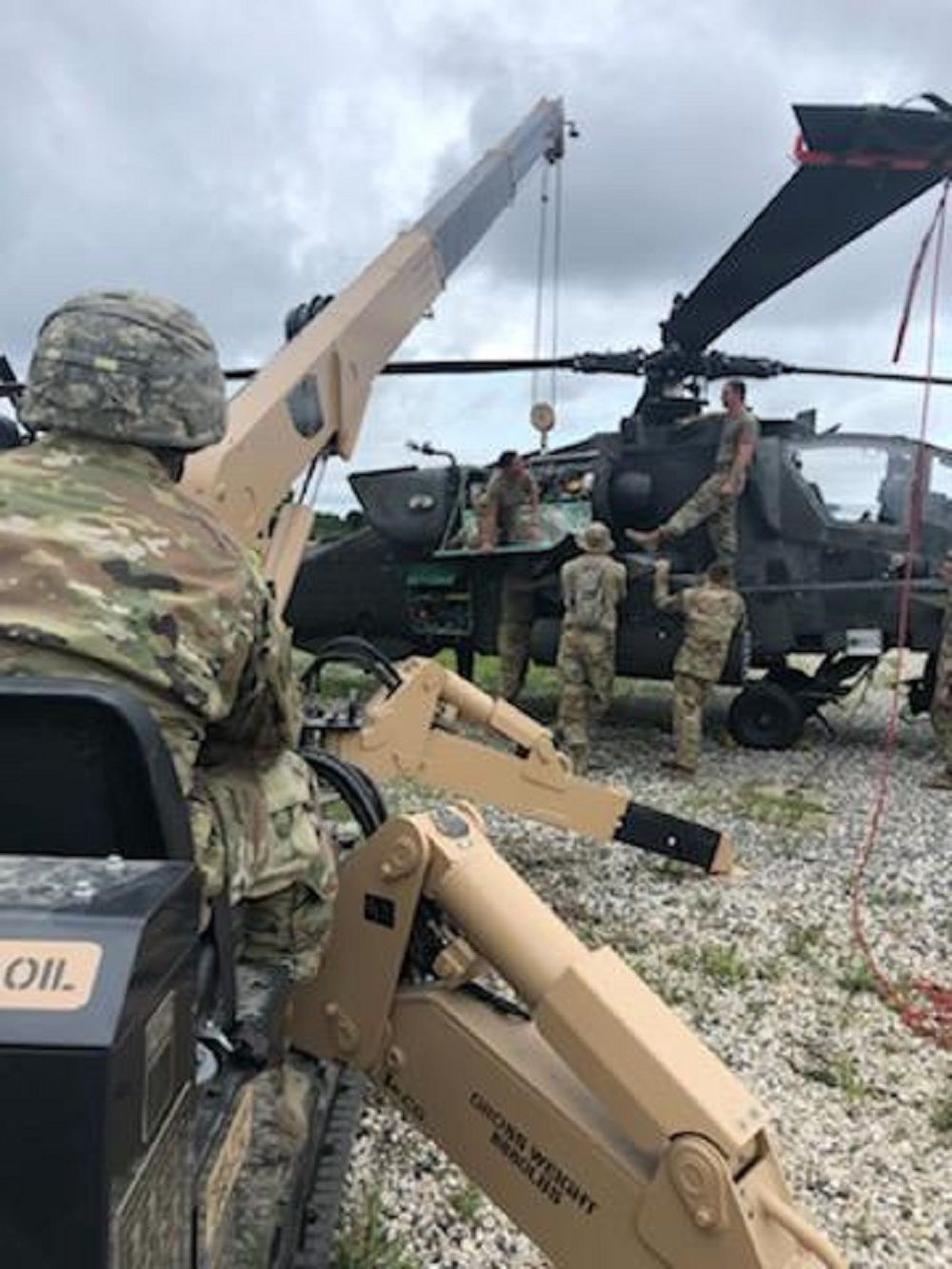 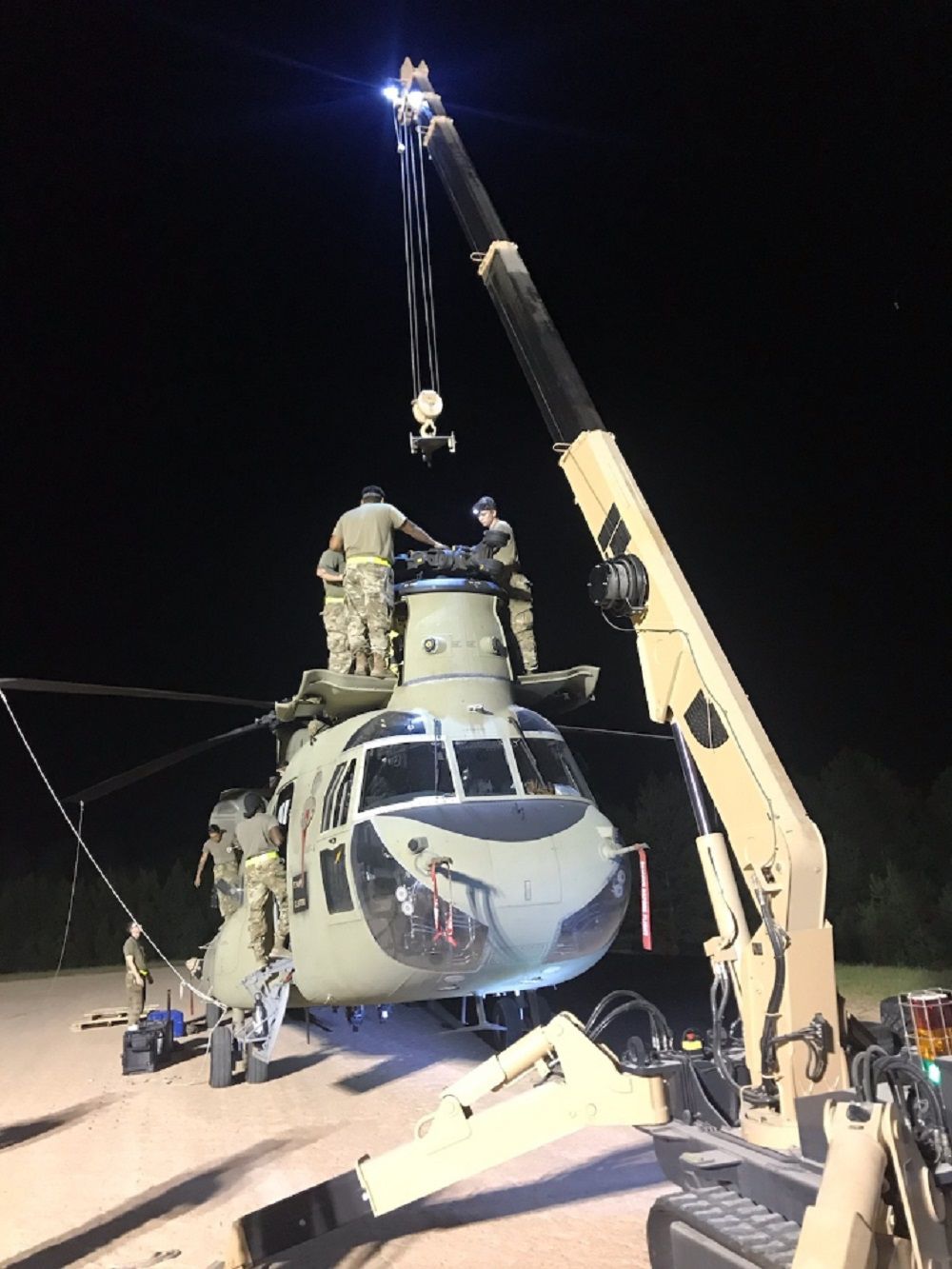 According to an AGSE representative, the SCAMP II Expeditionary Crane is a critical forward maintenance enabler. Aviation maintenance personnel will use the SCAMP II to remove and replace major aircraft components in support of Army aviation maintenance in unimproved, austere locations, split-based operations and downed aircraft recovery. This capability is the first Army program of record to provide aviation units with an expeditionary crane solution. The SCAMP II can be transported internally by a CH-47 helicopter and Air Force C-130, C-17 and C-5 aircraft.

The 82nd is one of three CABs that were each issued two SCAMP II cranes as part of the SUE utilizing SCAMP II Low Rate Initial Production items. The other two CABs were 16th CAB, Joint Base Lewis McChord, Washington, and 1st Cavalry Division CAB, Fort Hood, Texas. The SUE provides feedback

to the product office for training material development and sustainment support.

The SCAMP II is based on a commercial off the shelf crane and has been approved for full rate production. The Army is expected to acquire 96 units. The SCAMP II is capable of lifting 3,000 pounds along with reaching and maneuvering a CH-47 aft rotor blade. SCAMP II includes a capability for simultaneous boom and winch operations and a positive fail safe feature to prevent dropping the load during boom operations.