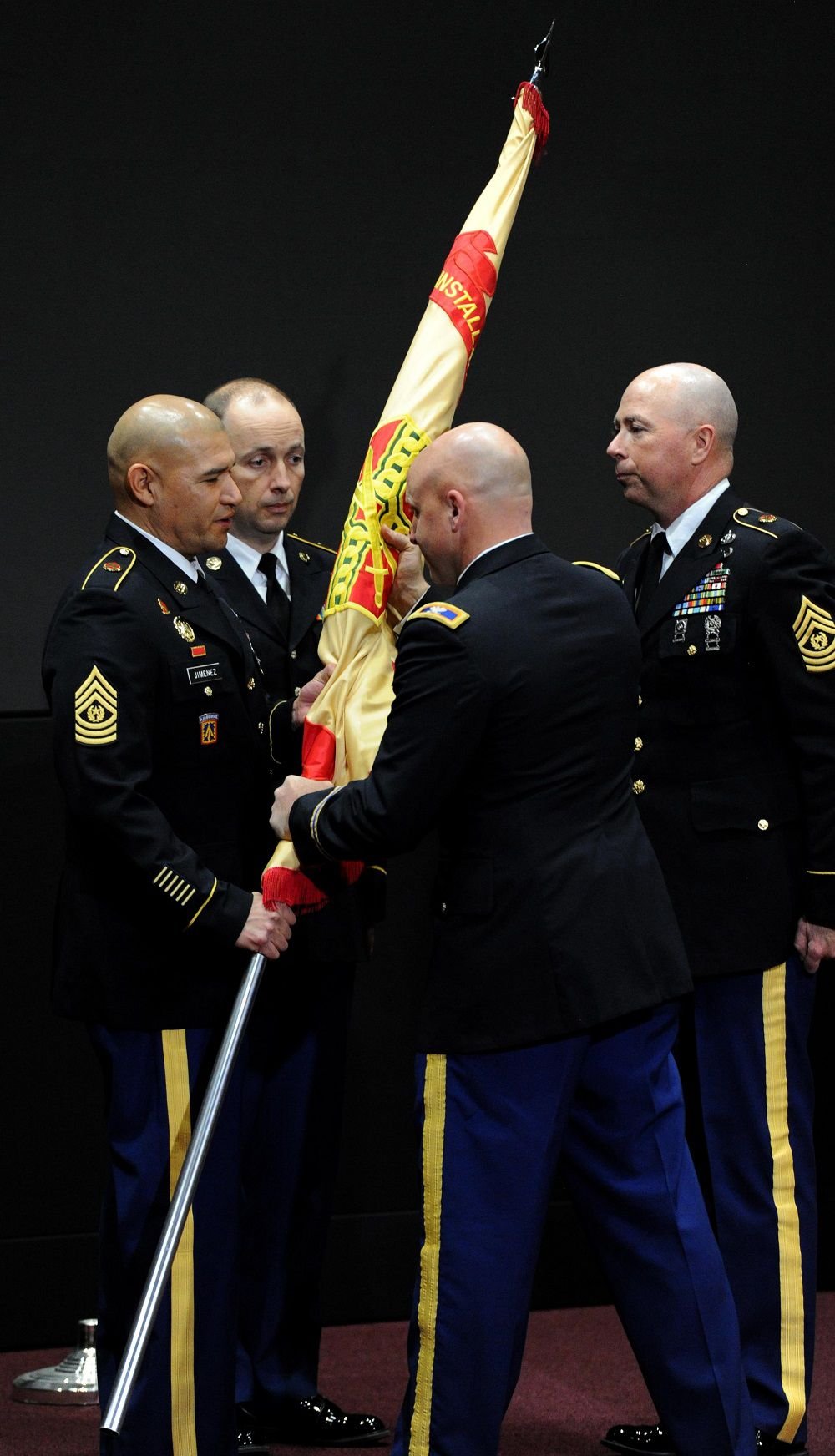 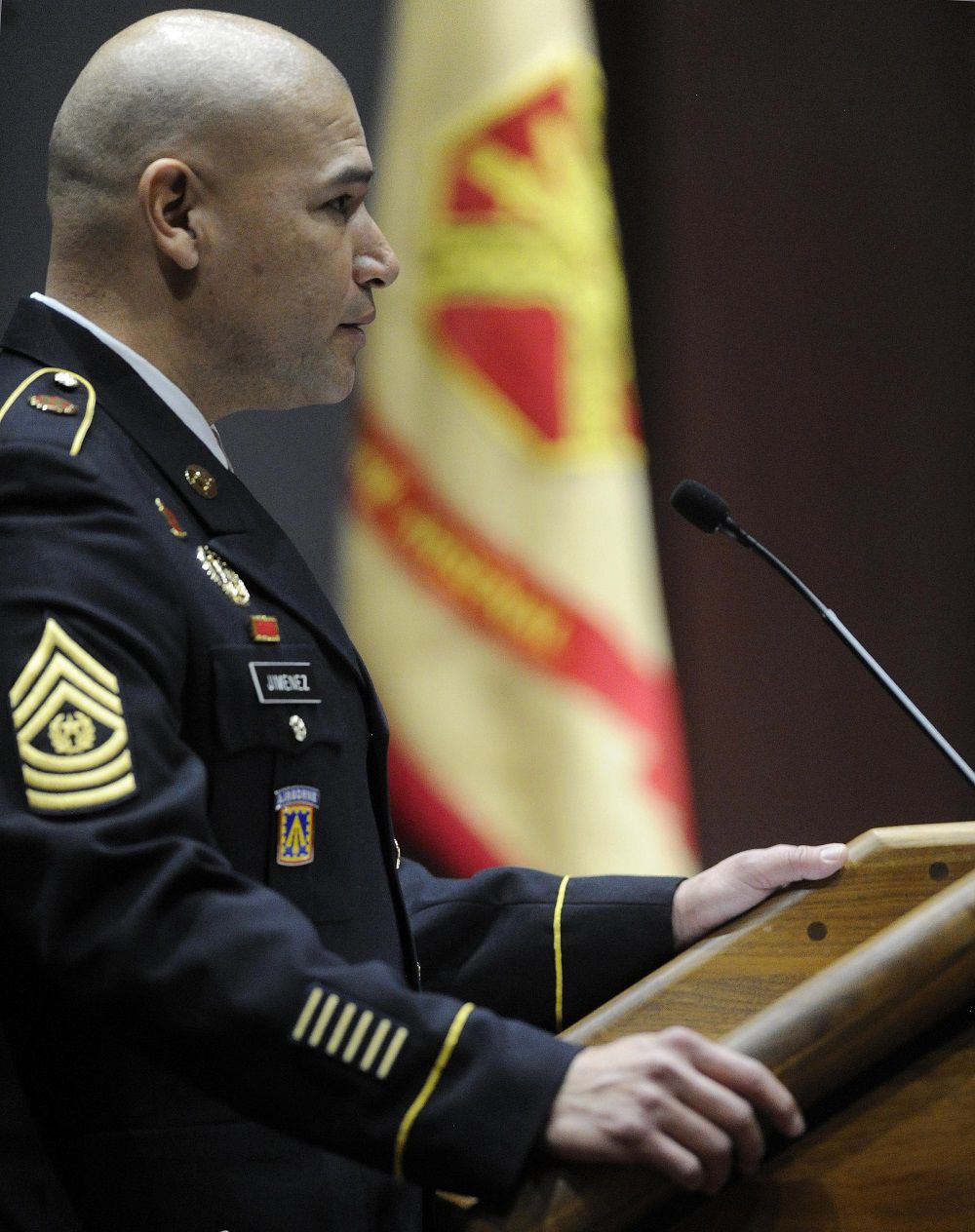 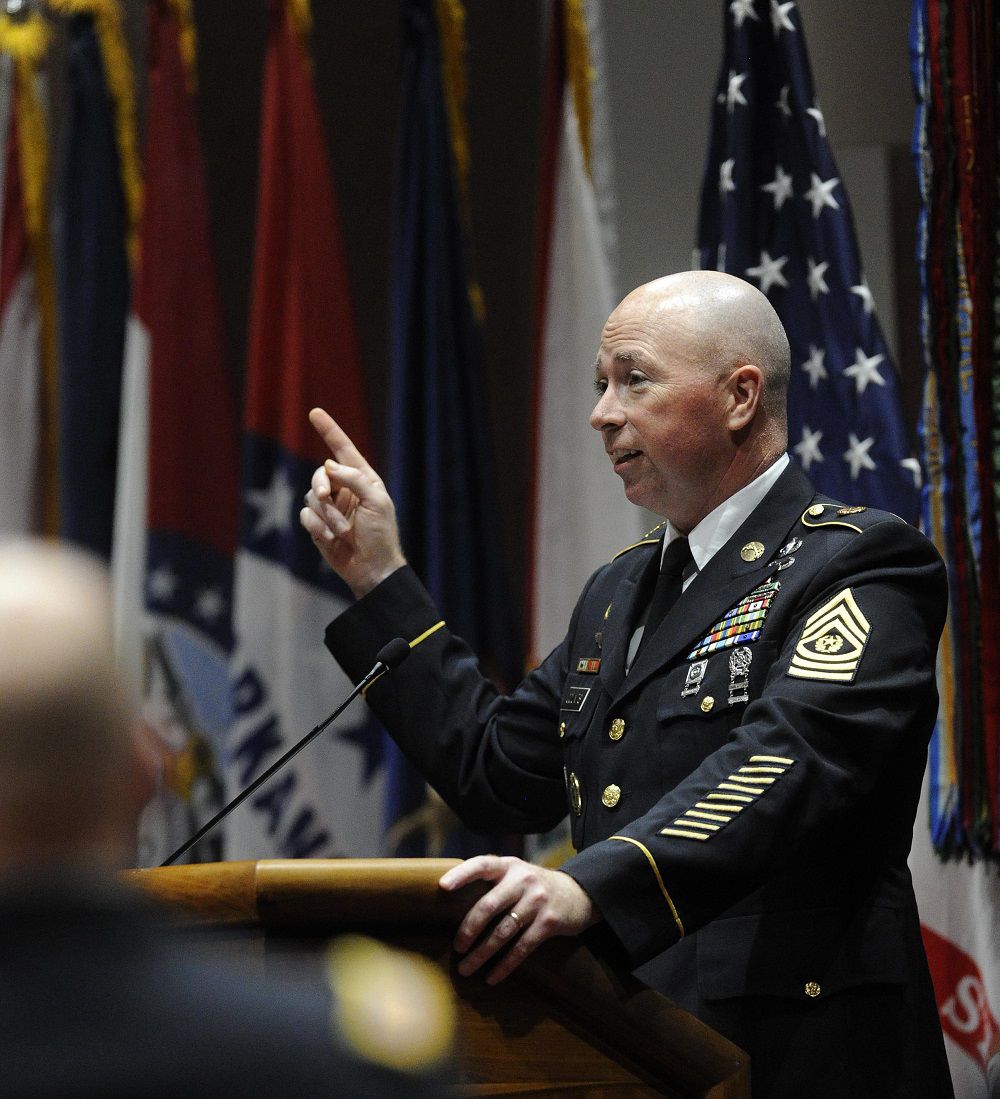 He was a noncommissioned officer who was always a “pinch of spice” in the Army secret sauce, according to his commander.

It was a smaller crowd than would have been gathered at Bob Jones Auditorium due to restrictions on attendance size because of the COVID-19 pandemic. But the Garrison workforce was present virtually via Facebook Live and many of them sent well-wishes during the livestream to their popular leader.

Garrison Commander Col. Kelsey Smith was effusive in his praise of his command sergeant major and friend.

“To the casual observer CSM Billy Ray Counts is a soft-spoken gentleman and the calloused professional Soldier one might expect at first glance – and he is – but he is much more to the commander and to our staff and the tenants. Far from soft-spoken in the privacy of the Garrison headquarters, CSM Counts can be relied on to bring a welcome respite of levity to a mundane PBAC or PAR review, or playfully heckle an innocent bystander caught in an unfortunate crossfire while loitering around the command group coffee pot.

“But more importantly, CSM Counts is the collective conscience of the Redstone Arsenal Garrison. I and the staff count on him to routinely approach challenges from a unique perspective. Some might call that playing the devil’s advocate but I have come to know that the tact is both carefully calculated and well-researched. And in the end, will assure that the policy or action we are about to take is both without bias and in the best interest of the Garrison, our tenants and our stakeholders,” Smith said.

It was a ceremony that reflected the current reality, as travel has been curtailed by the nation’s fight against the coronavirus and Jimenez’s wife Tabitha was unable to attend due to a last-minute flight cancellation. But the Garrison’s new senior enlisted Soldier has already spent several weeks on the job and said he is ready to face the considerable challenges ahead.

“We will get through this pandemic together along with our team here at Redstone. … I look forward to continue to support and dominate our missions for the warfighters, our families, our partners and our community here at Team Redstone,” Jimenez said.

Counts’ final speech as an Army senior enlisted Soldier doubled as his last pep talk to the Garrison workforce as it transitions to teleworking and faces mission challenges unseen in its history.

“Remember who we are. We are Americans,” Counts said. “We created a nation, we defeated Nazism, fascism, imperialism – we put a man on the moon! Literally, right here. We did all of the science to put a man on the moon. We endured Pearl Harbor, 9/11 – we will get through this and be stronger for it. Because that is our nature. This will pass.