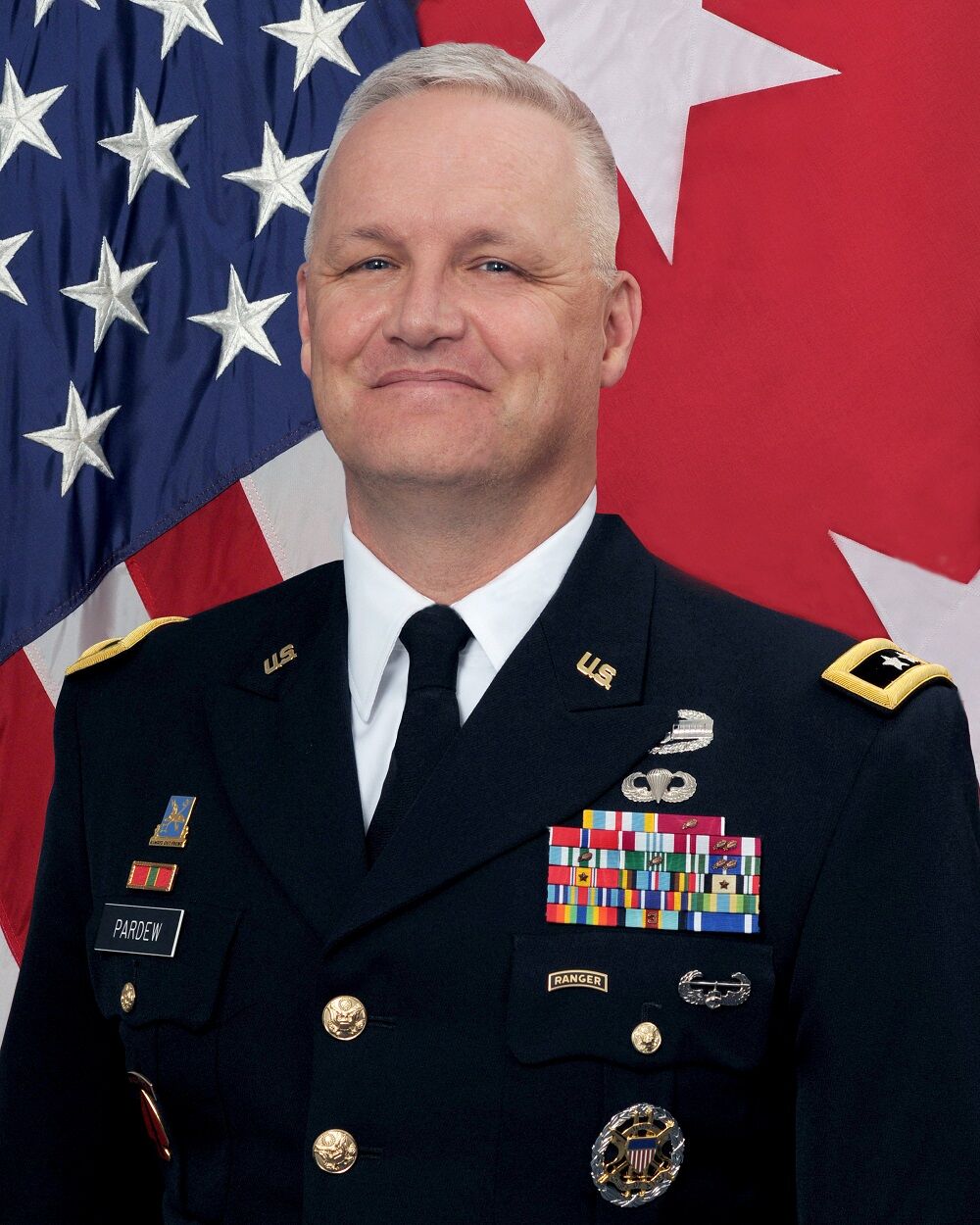 Maj. Gen. Paul Pardew, commander of Army Contacting Command, knows all about mentoring. With a military career of more than 32 years, he’s had his fair share of advisers that have helped him on his path to success.

The ACC-Redstone mentorship program invited Pardew to share his experience and provide advice during its monthly virtual lunch session. Spearheaded by the ACC-Redstone Workforce Development branch, the program has more than 60 participants serving as mentors or mentees.

“Nobody gets where they are without some form of mentorship,” Pardew said as he opened up the session, sharing with the group the details of his own personal mentor and the lessons he learned very young in his career.

“My No. 1 mentor has been my father. If you’re a mentor, you shouldn’t advise somebody to be just like you. And the best example I can give you is my own father,” he said.

Pardew is the oldest of three boys. His father’s vision for the three boys entailed graduating high school, attending college and then joining the military as an officer.

“That worked for his first two sons and then it went sideways with his third one. That relationship broke down for about 2 1/2 years. My father learned from that: he learned that people are going to seek their own path. All you can do is guide them as best you can. But, effectively, what he did was he fell into a pitfall trying to make his view of success our own. You can’t mentor people to follow your exact path,” Pardew said.

The general noted that mentees should have mentors from all different backgrounds and experiences.

“You need to look for a broad and diverse group of people to be your mentors. And that goes with the mentees as well,” he said. “We need to broaden our aperture and mentor as many people with diverse backgrounds as possible.”

According to Pardew, mentors and mentees must be open minded with the mentorship relationship.

“Even as a mentor, your advice isn’t always going to be a 100% hit. You’re going to look in your crystal ball of experiences and your mentee might say, ‘Hey what do you think about this?’ You’re going to give them your best advice and send them on your way and, if they want to take it, great; but if they don’t, don’t be offended by it. You gave your best advice and you still need to support them. You must remember, you may not be the only mentor in the room,” he said.

Pardew plans to retire this summer and said he’ll never forget the lasting impressions people have made on him throughout the years.

“You’re going to learn something from every person at every level – and even a private might have an impact on your thoughts and on the decision you’re about to make,” he said. “I don’t always have the answer but I’ve got 6,000 people with opinions and I like hearing them. Some of them hurt, but I like hearing them. If what they have to say is impactful and makes our organization better, I’m going to listen.”

As he wrapped up the session, Pardew gave one last piece of advice.

“Mentorship doesn’t necessarily need to be superior to subordinate, it can be peer-to-peer. I have some peers that I reach out to on a regular basis that I seek advice from because I trust them and I trust they’ll be candid with me,” he said.

If you’re an ACC-Redstone employee and interested in participating in the mentorship program as a mentor and/or mentee, look out for the open call announcement in the fall.