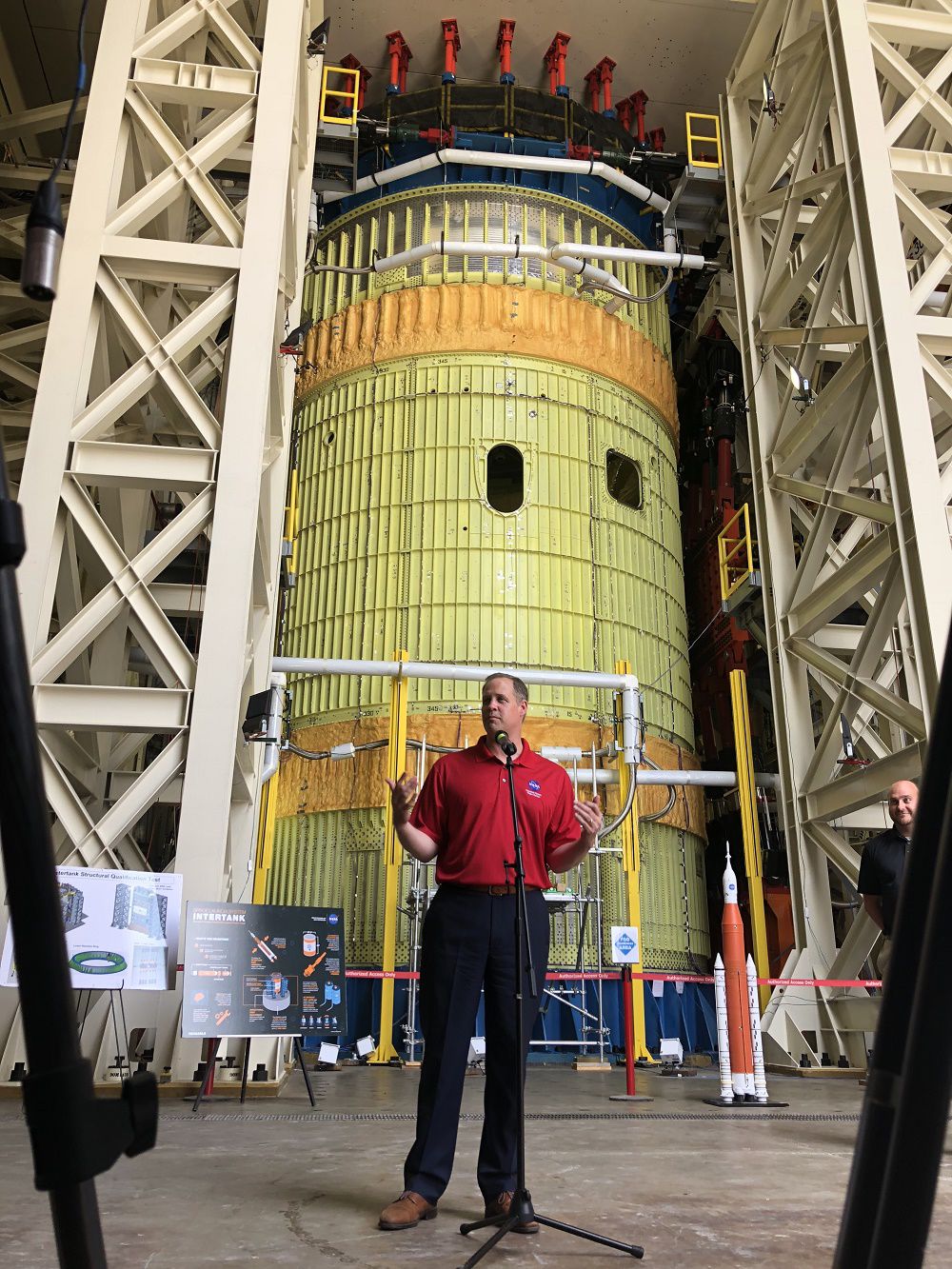 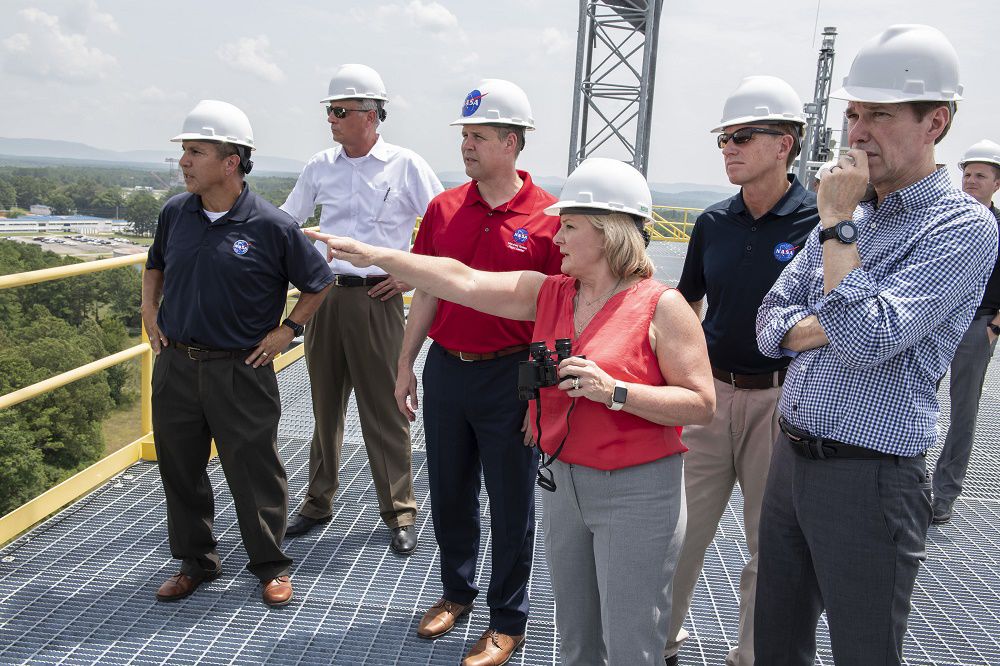 That pledge from NASA Administrator Jim Bridenstine reaffirmed the agency’s commitment to Space Launch System, NASA’s launch vehicle that will transport astronauts back to the moon – and beyond.

NASA’s Marshall Space Flight Center welcomed their top leader Aug. 15 for his first visit to the center since being appointed to the position in April. While at Marshall, Bridenstine was briefed on SLS progress, International Space Station science operations, and technology development, before conducting a town hall with Marshall employees.

Bridenstine toured the System Integration Lab and the Software Integration and Testing Facility, and experienced a bird’s-eye view of the installation from one of Marshall’s newest test stands, Structural Test Stand 4693, where the qualification test version of the liquid hydrogen tank for Space Launch System’s core stage will be positioned between the stand’s 221-foot-tall twin towers.

He also viewed the test version of the SLS intertank in the Structural Strength Laboratory and was briefed by engineers and subject matter experts conducting structural analysis on the intertank to ensure it can withstand the forces of launch and ascent to transport humans to space safely. The intertank is part of the rocket’s 212-foot-tall core stage and is part of the largest launch vehicle test campaign at Marshall since the development of the space shuttle.

“This time we will go to stay (on the moon),” he said. “That means that we will build an architecture that is sustainable for the long term.”

During his visit, Bridenstine answered questions on NASA’s position on commercial spaceflight and said that rather than an adversarial relationship, NASA will partner with commercial efforts which would not exist without NASA and the technology it pioneered.

“A lot of times I hear folks say ‘well, there are these commercial companies that are doing amazing things,’” he said. “Yes, they are. And so is SLS and so is Orion and so is the Marshall Space Flight Center. … There is no shortage of opportunity. The idea that there is some kind of competition – that is a false notion. We want all of our partners to be successful. And that will enable us to spend money doing more than we have ever done before, going further. The rocket, the SLS and Orion, will take astronauts further than we have ever gone before in the history of humankind.”