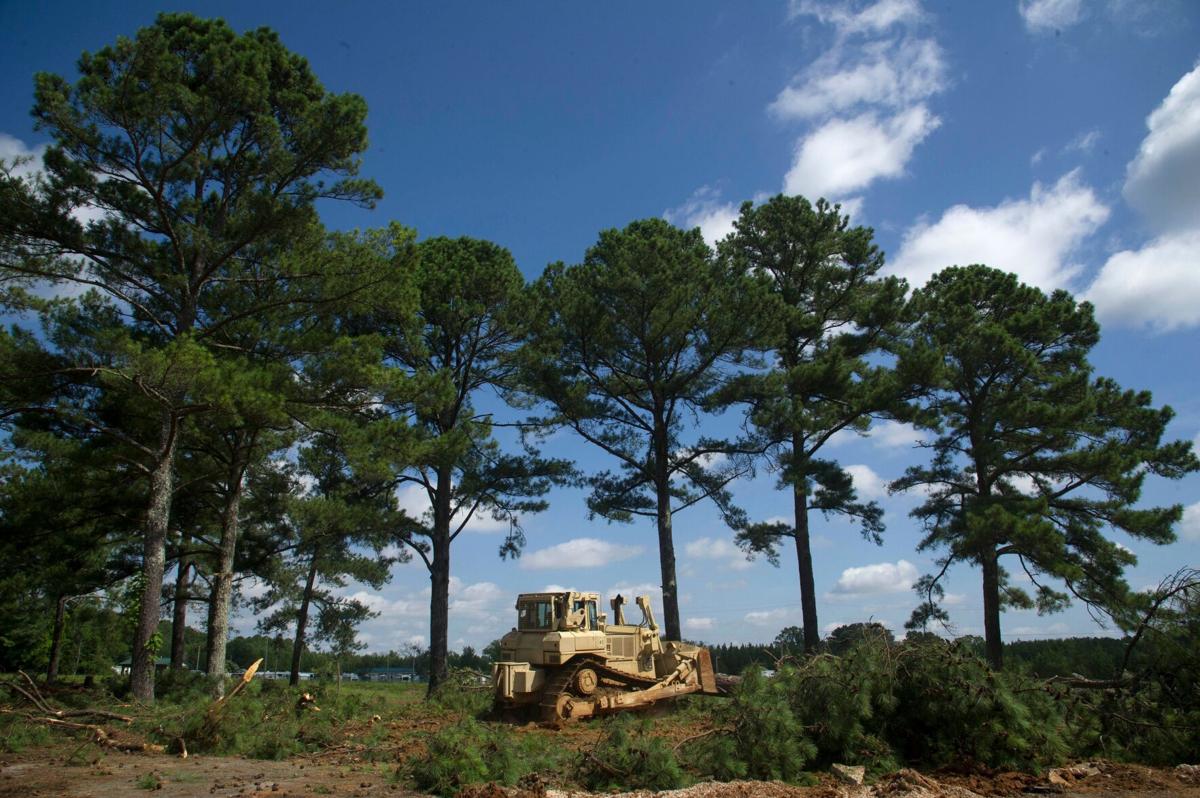 The 663rd Engineer Company works to improve and enlarge the RV Park on Friday. 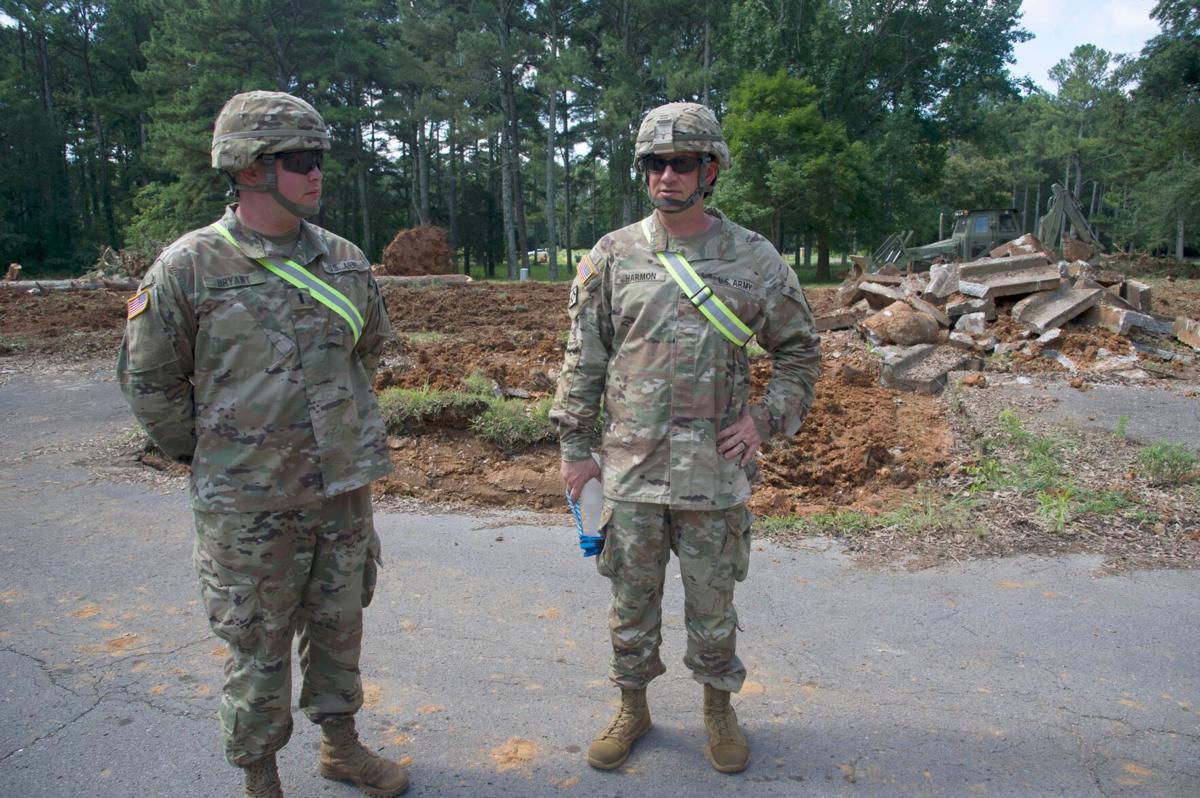 1st Lt. Kyle Bryant and Capt. Jason Harmon talk about the work the company is doing to improve the RV Park and several other sites on Redstone Arsenal during their two-week stay. 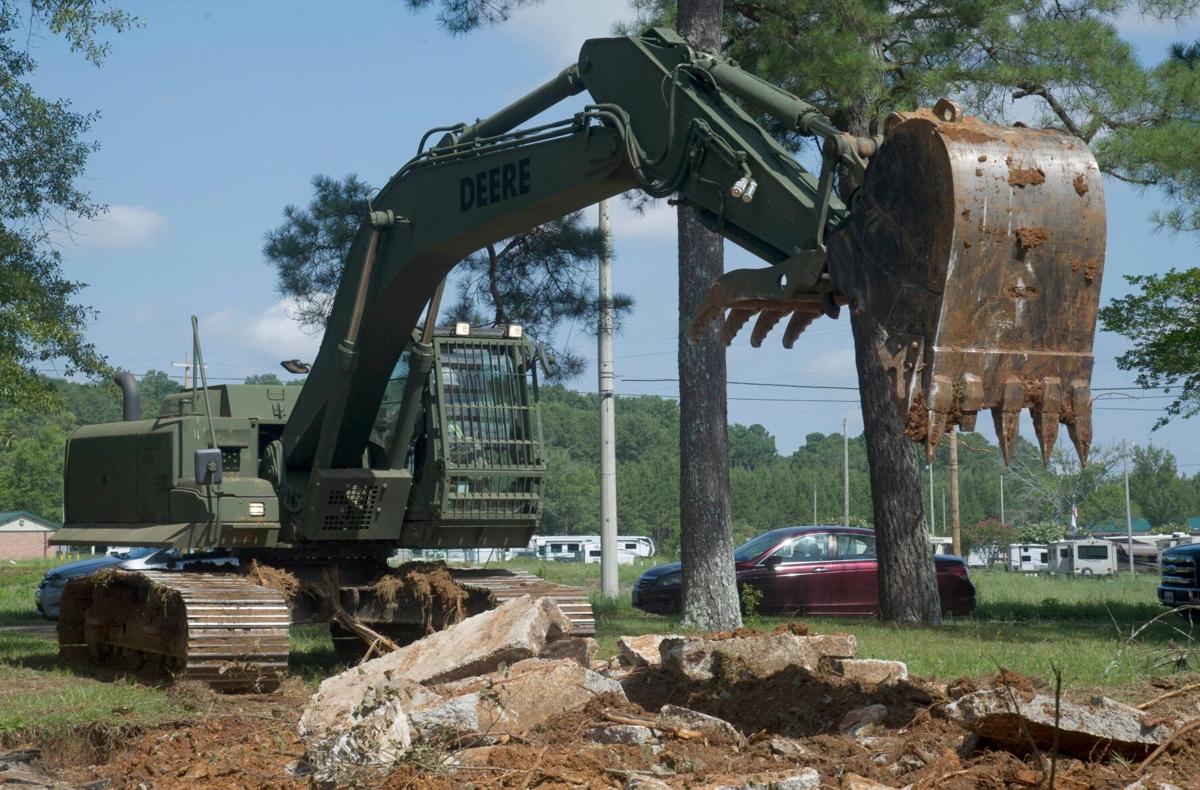 The 663rd Engineer Company works to improve and enlarge the RV Park on Friday.

1st Lt. Kyle Bryant and Capt. Jason Harmon talk about the work the company is doing to improve the RV Park and several other sites on Redstone Arsenal during their two-week stay.

A few properties on Redstone Arsenal are getting a facelift this week, thanks to the 663rd Engineer Company.

The Army Reserve company, which hails out of Sheffield, is at Redstone Arsenal July 10-23 for yearly training. This year’s training includes three projects: clearing trees where Family and Morale, Welfare and Recreation intends to expand the RV Park; helping MWR with construction by one of the swimming pools; and assisting the Directorate of Public Works with demolition projects near the airfield.

The 663rd Engineer Company is a horizontal engineer company that specializes in heavy equipment and construction, Company Commander Capt. Jason Harmon said. That specialization was on full display Friday as Soldiers used hydraulic excavators, bulldozers and other heavy machinery to remove trees and clear the land.

Harmon said the training has been a great opportunity for his Soldiers to gain technical skills that they might have to draw on during a deployment.

“This is a lot of what we would do on deployment,” Harmon said. “We typically do unimproved road construction for tanks and other military vehicles.” The company has also recently added a vertical construction team, which allows them to take on other types of construction projects, like buildings.

Harmon and 2nd Platoon Leader 1st Lt. Kyle Bryant were both thankful for the opportunity to bring their Soldiers to Redstone Arsenal to refine their mechanical skills.

“This is a great training opportunity,” Bryant said. “When we first started this project, I had a lot of very new, very inexperienced operators, and now I can ask any one of them to go on any one of these pieces of machinery and they’re comfortable doing it, so I’m really grateful to have this opportunity.”

Harmon agreed. “This is stuff that we typically don’t get a lot of experience running, so the fact that we’re able to kind of seclude ourselves away from our normal operation and actually get to the job of our company has been invaluable to us.”

Both leaders also praised the hard work of their teams.

“I just want to stress how hard my platoon has been working and their dedication,” Bryant said. “Without them this project could not happen.”