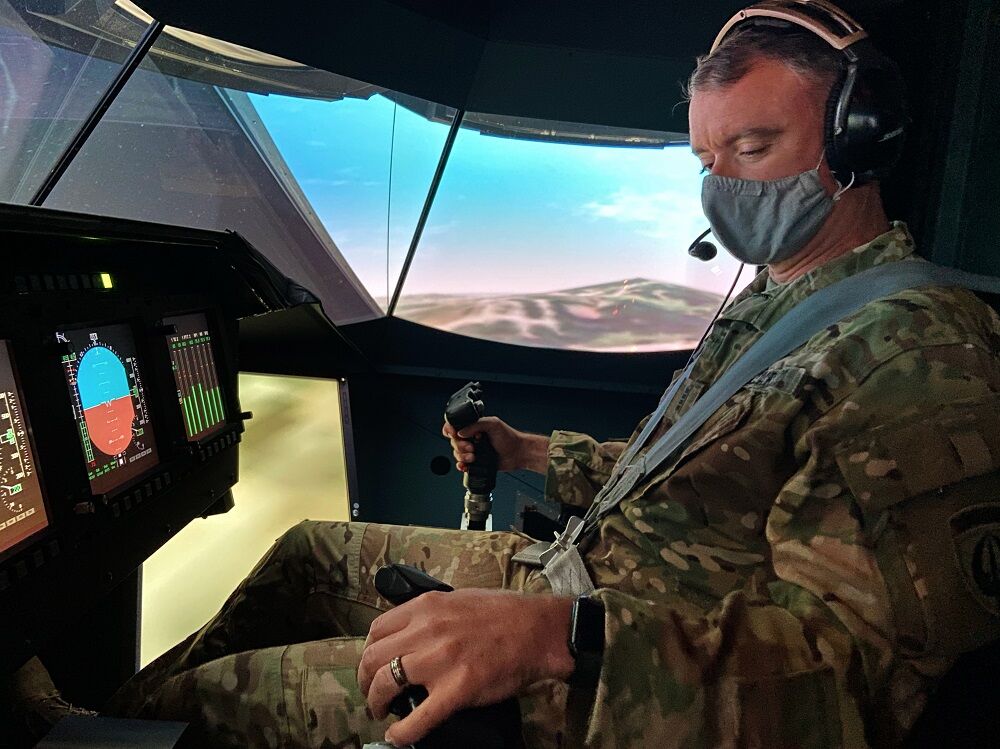 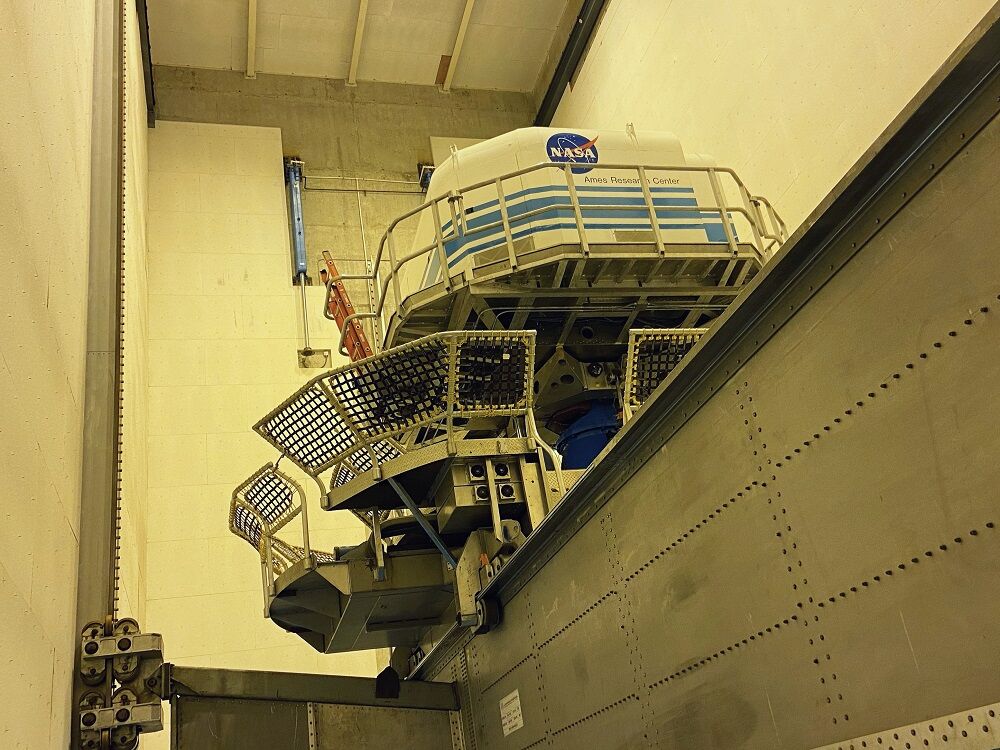 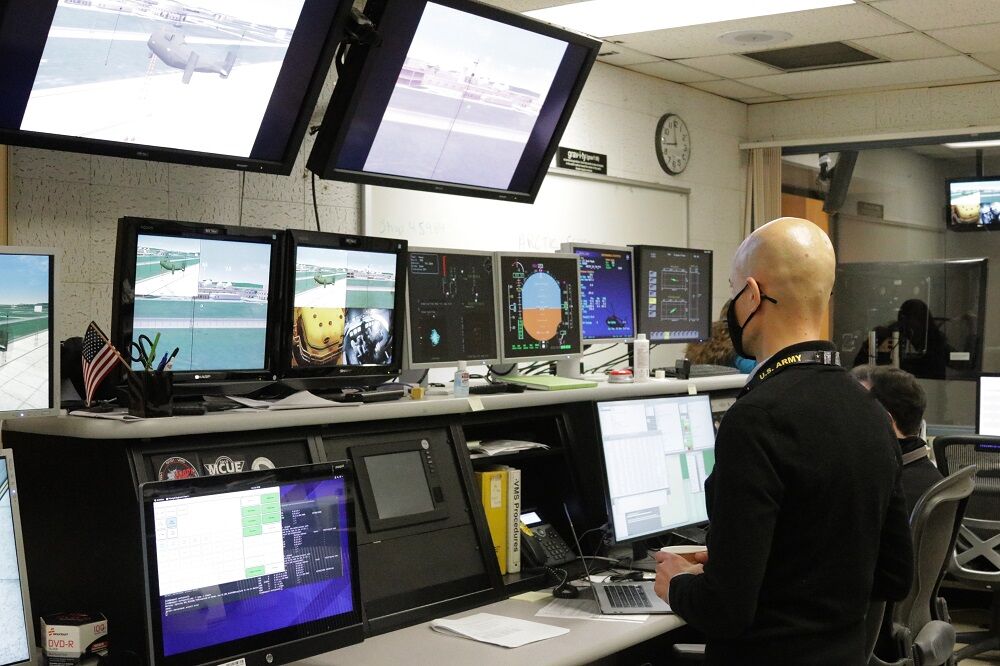 “The ARCTIC simulation provides early assessment and feedback from pilots that is critically important to our scientists and engineers as they develop aviation technology for the future force,” said Christi Dolbeer, acting director for DEVCOM AvMC’s Technology Development Directorate.

NASA’s VMS facility, the largest motion simulator in the world, provided ARCTIC pilots with the most realistic experience possible, aside from flying in an actual aircraft -- fully customizable, it operates within the six ways an aircraft can move and sits in a 10-story bay. Throughout the course of the simulation, 12 pilots performed assessments of trades such as pull-for-power collective versus thrust control lever, and explored critical requirements, to include response types, quantitative handling qualities metrics and qualitative handling qualities metrics.

“The simulation was very productive and provided both a Soldier touchpoint for Army aviators to fly these advanced configurations and provide their impressions and comments based on operational experience, and for Army researchers to gain valuable insight into how aviators would leverage advanced capabilities to execute their mission,” Tom Berger, flight controls lead for AvMC, said.

Thanks to de-briefs with the scientists and engineers developing the technology, the exercise allowed the pilots to provide insight into what capabilities and functionalities they will need in theater. When it comes to getting science and technology into pilots’ hands, FVL’s goal is the earlier the better.

“This is the future of what we do,” said Chief Warrant Officer 4 Chris Dayberry, a Fort Campbell, Kentucky, unit pilot who volunteered for the simulation. “This is in the wheelhouse of finding new concepts and new applications to better improve the user. As we move forward with Future Vertical Lift, this is to have some buy-in, see what the thought processes are, and see if we can add some of our experiences into the concepts and applications.”

Having test and unit pilots participate expanded the depth and breadth of feedback gathered.

“Experimental test pilots have formal training on the technical side but all the test pilots at RTC were all combat aviators at one point. But it is always beneficial to include pilots currently in the fleet. The test pilots can talk about the engineering piece and the operational piece, but having current unit pilots really drives home the mission relevance,” said Maj. Brandon Dotson, Redstone Test Center experimental test pilot who also volunteered for the ARCTIC assignment.

For PEO Aviation experimental test pilot Lt. Col. David Hnyda, who has participated in multiple VMS exercises, the unfamiliarity of the user interface for the pilots is actually a plus.

“Test pilots bring an outsider look into it and they might say, ‘That is fine that we are specifically assessing this or looking at that technique, but you didn’t even notice or think about this other part,’” Hnyda said.

Future Vertical Lift, one of the Army’s six modernization priorities, aims to “increase the maneuverability, endurance, lethality, and survivability of Army aircraft – increasing their operational reach and effectiveness against near-peer competitors,” according to the Army Modernization Strategy. DEVCOM AvMC is the science and technology lead for FVL, and plays a key role in the work being done to bring FARA and FLRAA, two brand new aircraft, into the Army fleet. Pilots, scientists and engineers will return to VMS in spring 2022 to build on the lessons learned at ARCTIC this fall.

For the team at Moffett Field, it is an exciting time as they have an opportunity seldom seen in their field – to design the future of Army rotorcraft. Army Senior Research Scientist Jeffery Lusardi said that for most of his career, fleet upgrades have been their primary work. That is, until Future Vertical Lift, which will usher in the next generation of warfighting capabilities.

“I never thought that I would be working on the procurement of a new aircraft for the Army,” Lusardi said. “And here we are working on two of them.”