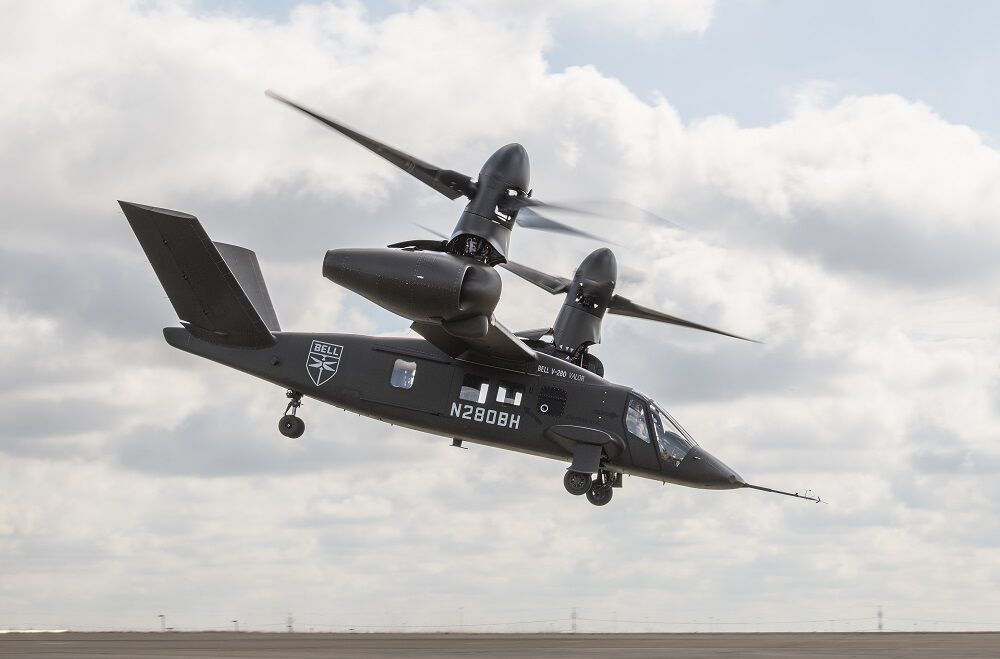 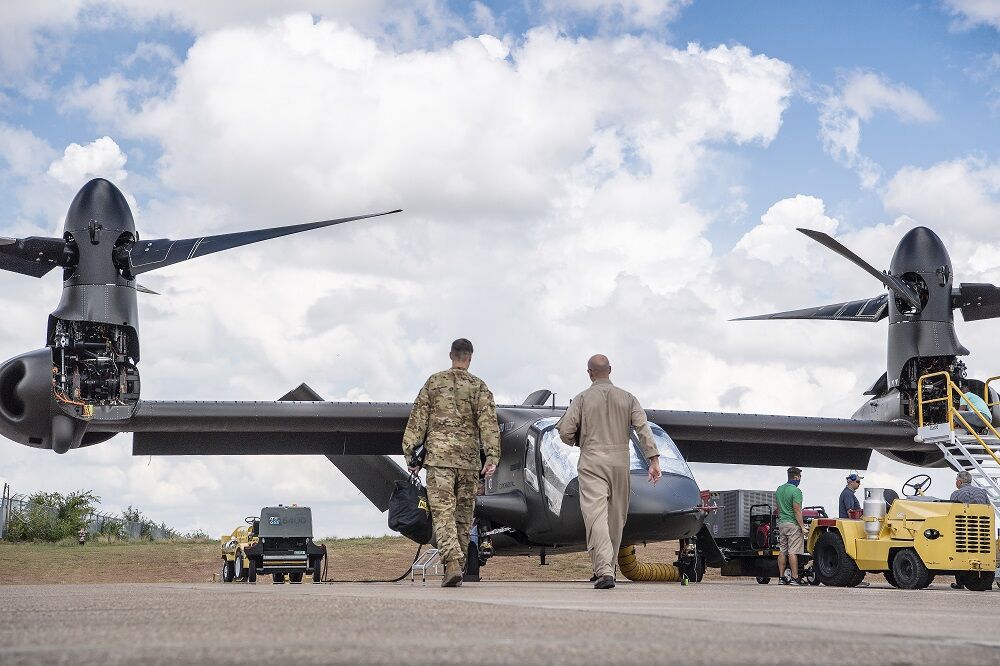 In support of the Future Vertical Lift Future Long-Range Assault Aircraft, Redstone Test Center experimental test pilots conducted flights of the Bell V-280 Valor in August as part of the Test and Evaluation Command preparations for the FLRAA test effort, a key element of Army modernization.

The FLRAA is on track for full rate production by 2030. On March 16, the Army awarded Other Transaction Agreement contracts to Bell and Sikorsky for the competitive demonstration and risk reduction phase of the FLRAA aircraft. The CD&RR will extend over two years; informing the final Army requirements and the program of record planned for competition in fiscal year 2022.

“This is a tremendous opportunity for Army experimental test pilots to fly the tech demonstrators developed under the Joint Multi-Role Technical Demonstrator Program; providing an initial familiarization with advanced rotorcraft technologies we might expect to see in the Future Long Range Assault Aircraft program of record,” Brig. Gen. Walter Rugen, director of the FVL Cross-Functional Team, said.

Redstone Test Center, a subordinate organization of ATEC, is the Army’s primary test center for the test and evaluation of aircraft and aviation systems. FVL is a top priority for ATEC and RTC as part of Army modernization.

During the week of Aug. 24, Maj. Wesley Paulsen and Adam Cowan, Army XPs from RTC, trained in the Software Integration Lab at Bell Flight Research Center in Arlington, Texas, before flying the Bell V-280 Valor.

ATEC XPs and flight test engineers are embedded in both the FLRAA and the Future Attack Reconnaissance Aircraft programs and are dedicated to supporting this important mission in support of Army modernization efforts.

Paulsen is a 2008 mechanical engineering graduate of the U.S. Military Academy. After graduating flight school in 2010, he spent his operational career in the 101st at Fort Campbell, Kentucky, serving as an assault flight platoon leader and company commander. He was deployed twice to Afghanistan. He graduated from USNTPS in 2018.

Army civilian Cowan served in the Army from 1993 to 2013. He flew the UH-60A/L Black Hawk for eight years conducting general aviation support, air assault operations, and MedEvac operations. He flew the RC-12P/Q Guardrail for four years conducting airborne intelligence, surveillance, reconnaissance operations. He deployed to Bosnia, South Korea, Kuwait, and Iraq and graduated from USNTPS in 2008. He became an RTC Army civilian in 2013 after retiring as a chief warrant officer four.

In the acquisition process of fielding an aircraft, Army XPs plan, execute and report on flight test results of the equipment to enable the program managers to make informed materiel decisions.

“These flights are an important milestone as the Army builds combined test teams with our industry partners and develops the experience and expertise to test new technologies for Future Vertical Lift,” Col. Steven Braddom, commander of RTC, said. “We are focused on ensuring we are ready to meet the challenges of Army modernization. Army experimental test pilots with the engineering understanding of these aircraft as well as significant operational and combat experience will be a critical part of the Army’s development of the FLRAA and FARA aircraft.”

Similar flights are scheduled later this year for the Sikorsky-Boeing SB>1 Defiant.