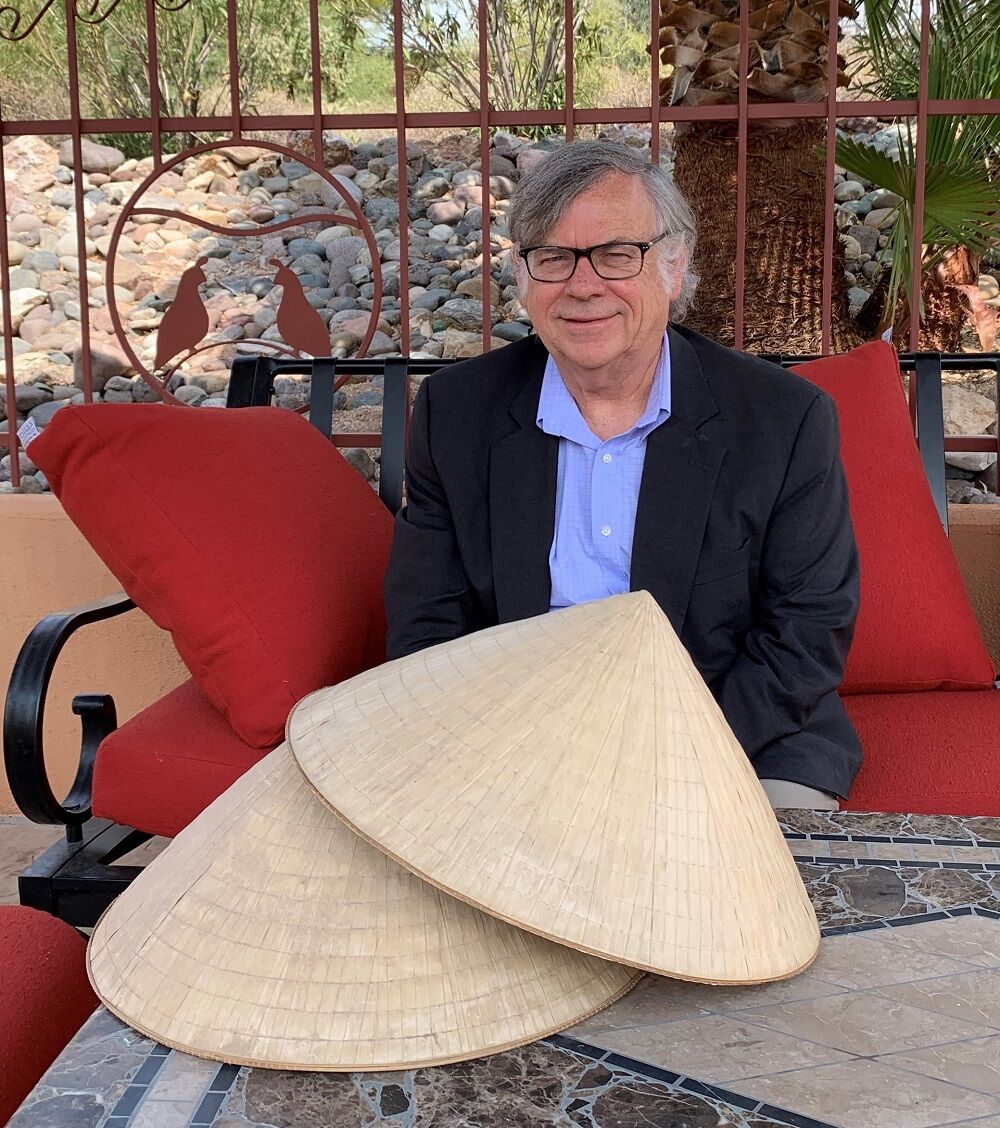 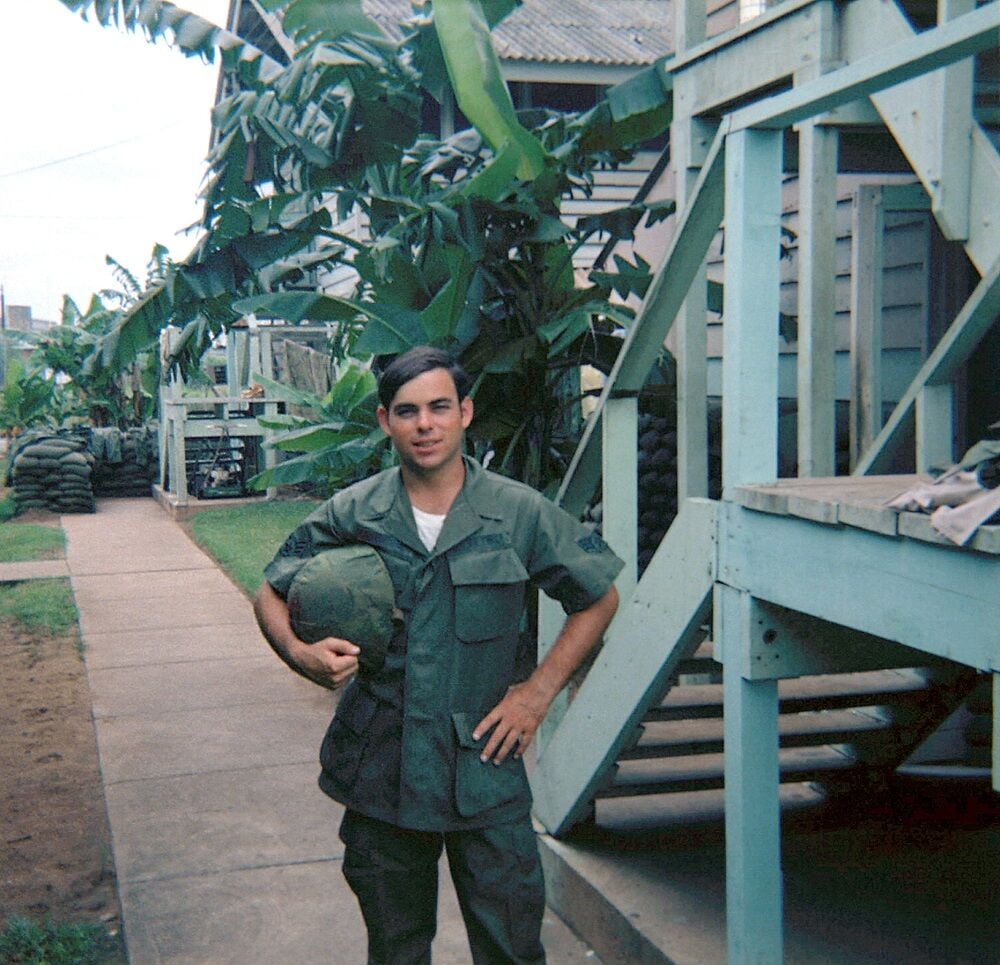 On Sept. 16, 1970, exactly 50 years ago today, Roger Frazier entered the Air Force during the Vietnam War.

Less than three years later, he was among the last Americans to leave South Vietnam.

The California native initially went to Vietnam Oct. 5, 1972 and was transferred to Thailand Nov. 29, 1972. Frazier returned to Tan Son Nhut Air Base, near Saigon, March 29-31, 1973, to help retrieve the American Soldiers assigned to the Four-Party Joint Military Commission.

“I worked in air transportation, air freight,” the Tucson, Arizona, attorney said. On his first trip to Vietnam, he helped with the vehicles used to load cargo planes. But when he returned in 1973, he helped transport Soldiers back to the United States.

He was among 12 Air Force enlistees, all in air transportation and logistics, who flew on a C-130 from Utapao, Thailand, to Tan Son Nhut on March 29, 1973. Their job was to process out the more than 800 Soldiers who had served on the Four-Party Joint Military Commission. They were led by an Air Force staff sergeant.

“I just typed up the passenger manifests to get these people out and other people did other things,” Frazier said of this mobility team. There was also a huge forklift and other equipment onboard the C-130.

On March 30 he was among a few airmen who decided to go out for the night. They couldn’t leave the air base but they found a bar full of Canadian and Polish soldiers on Tan Son Nhut. The Polish soldiers were doing some kind of festive dance with their arms folded across their chests.

Frazier sat at the bar and talked

“I said I felt like we’re abandoning you,” Frazier said. The man asked what he would like to take back with him from Vietnam. On a whim, Frazier replied he liked “those cone straw hats.”

On the March 31 departure day, the unit’s vehicle drove through the streets and were followed by a horde of Vietnamese on motorbikes who waved at them. When the vehicle stopped, one of the men jumped off his motorbike and ran up to Frazier. It was the same man Frazier had met the previous night at the bar. He gave Frazier two cone straw hats as a goodbye present. Frazier still has those keepsakes in his home in Tucson.

“When he held up the hats I was shocked,” Frazier said.

The airmen processed out the last flight of departing Soldiers. It was the end of the day and the end of their mission. About 30 minutes after the Soldiers had departed, the 12-member air transportation team were the only ones left.

They drove their Army vehicle to an awaiting C-130 on the runway and left it there.

“When we got to that plane, everyone else was gone. It was very quiet,” Frazier said. “The whole flight line was totally dead. It was dusk.”

But when they got to the plane, one of the crewmembers told them they couldn’t leave because of an unresolved issue about prisoners of war. Frazier, a smoker back then, asked if he could go have a cigarette until they could depart. Frazier smoked his cigarette and took note of the eerie quietness.

“And that was when it was just so quiet at one of the busiest airports in the world. So quiet. It really was the transition moment,” he said.

After the half hour or so it took him to finish his cigarette, it was time for the 7:30 p.m. departure. Some of his fellow airmen had already gotten on the plane. But when Frazier got onboard, there were no seats left.

To his surprise, the plane was filled with Vietnamese women and children. “No explanation given,” he said. Frazier did some research later and speculates these were family members of Soldiers assigned to the Military Assistance Command, Vietnam. MACV had transferred its operations from Saigon to Nakhon Phanom, Thailand, the plane’s destination.

The plane landed at Nakhon Phanom that night, after a stop in Ubon, and dropped off the Vietnamese civilians. But the plane had an accident while taxiing out for its departure from there and Frazier and the air transportation crew had to stay an extra day. Next he went through Udorn to Utapao. He served the rest of his tour in Thailand and he returned to the United States in November 1973.

Frazier attained his juris doctor degree in 1988 from the University of Arizona and he became an attorney. He practiced law one year in Phoenix and in Tucson ever since. He was with several law firms until about six years ago when he entered private practice. He does civil law.

His wife of 35 years, Darin, died five years ago. He has a daughter, Allegra, of Carbondale, Illinois; two sons, Niles of Brooklyn, New York, and Carter of Tucson; and a grandson in Tucson.

“It’s been 50 years (since Vietnam) and we’re all older. The World War II people that we grew up with, they’re pretty much gone now,” Frazier said. “It was a weird time compared to the way things are now. It was just weird in all kinds of ways.”

Editor’s note: This is the 287th in a series of articles about Vietnam veterans as the United States commemorates the 50th anniversary of the Vietnam War.