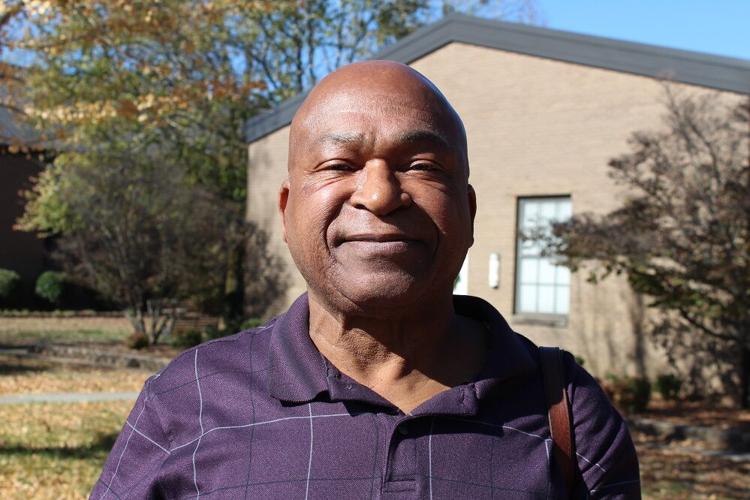 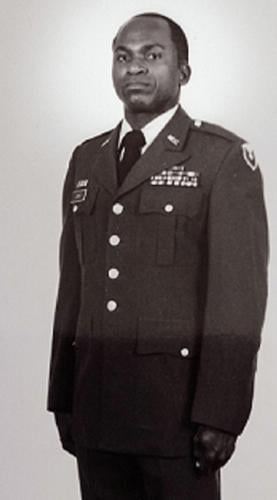 Sam Lewis was a dreamer as a boy. Born in Antigua, he would lie on his back in the grass and look up at the sky and dream of traveling to faraway places. He left Antigua at age 10 and went to St. Croix and then to St. Thomas.

The same wanderlust inspired him to join the Army on Feb. 17, 1969. He retired in August 1989 as a sergeant first class after more than 20 years which included a year in Vietnam.

“Feb. 17, 1969. That was my enlistment day. That was a good day,” he said. “The Army guided and molded my life in ways that it would not have been without the military.”

He joined in Puerto Rico and left on a plane the next day for Miami. He had basic training at Fort Jackson, South Carolina. The 20-year-old was 5-foot-9 and 145 when he entered basic training, and he was 5-11 and 160 when he left. Lewis grew up physically but stayed in trouble throughout basic. He remembers running his mouth at the expense of the physical training instructor, a Staff Sgt. Ivey. “I was just still growing, having fun,” he said.

Before going to advanced individual training, Lewis proposed to his girlfriend Elaine, who he had met in February 1966 in St. Thomas. She was the love of his life. Lewis graduated from advanced individual training at the end of September 1969 at Fort Gordon, Georgia, as a navigation equipment specialist. Two weeks before graduating, he received his orders to Vietnam.

He and Elaine were married in New York in October 1969. They celebrated their 53rd anniversary last Oct. 11.

“I don’t want to consider what would’ve happened to me if I didn’t have her in my life,” he said.

Two weeks later, he flew from New York to Fort Lewis, Washington, to depart for Vietnam. The private arrived at Cam Ranh Bay in late October 1969. He was sitting near the front of the plane.

“And when they opened that back door to that plane, it felt like somebody back there had a flame thrower. It was that hot,” Lewis recalled. “And they said, ‘Welcome to Vietnam. Watch yourself. We had some shelling here last night.’”

Lewis was assigned as a helicopter repairman with the 391st Detachment, 229th Assault Helicopter Battalion, Charlie Company. He was repairing Huey helicopters, the H model, for the air cavalry.

“And that was at Tay Ninh, the first rocket city,” he said. “We got rocketed and mortared more than half the days I was in Tay Ninh, mostly at night.”

In June 1970, the unit moved to Bien Hoa. That May Lewis traveled to Hawaii for an eight-day honeymoon with Elaine. But a friend of his, Staff Sgt. James Lee, from south Alabama, was killed in a rocket attack in Tay Ninh before Lee could travel to Hawaii to join Lee’s bride and Lewis and his bride on the joint honeymoon trip. Their company commander, Capt. William Anderson, was killed in Tay Ninh during a mission shortly after Lee’s death.

Throughout his yearlong combat tour, Lewis volunteered to be a helicopter door gunner. He saw action in Vietnam and Cambodia.

He landed in San Francisco on Oct. 29, 1970. He was walking with another Soldier through the airport that night and the Soldier warned him that they may encounter protesters. Fortunately, they didn’t.

Lewis, a calibrator, was stationed at Redstone from 1983 until he retired in 1989, including a year assignment in Korea. He received an associate degree in general studies from Georgia Military College in 1985, a bachelor’s in business management from Columbia College, and a master’s in justice and public safety from Auburn University at Montgomery in 1995.

The Huntsville resident and Elaine, a longtime Red Cross volunteer, have three children. Their son, Anthony, resides in Huntsville; Nicole Jolaosa and her husband live in Nashville; and Natalie Schere and her husband reside in Miami.

Lewis, 73, does woodwork and he designs and builds loudspeakers. He has a 70% disability rating from Veterans Affairs because of diabetes from exposure to Agent Orange which caused him to lose his right leg in 2016. He is a member of American Veterans, or AMVETS, and the Vietnam Veterans of America, Chapter 1067.

He shared his thoughts on this nation’s commemoration of the 50th anniversary of the Vietnam War.

“About damn time,” he said.

Editor’s note: This is the 398th in a series of articles about Vietnam veterans as the United States commemorates the 50th anniversary of the Vietnam War.