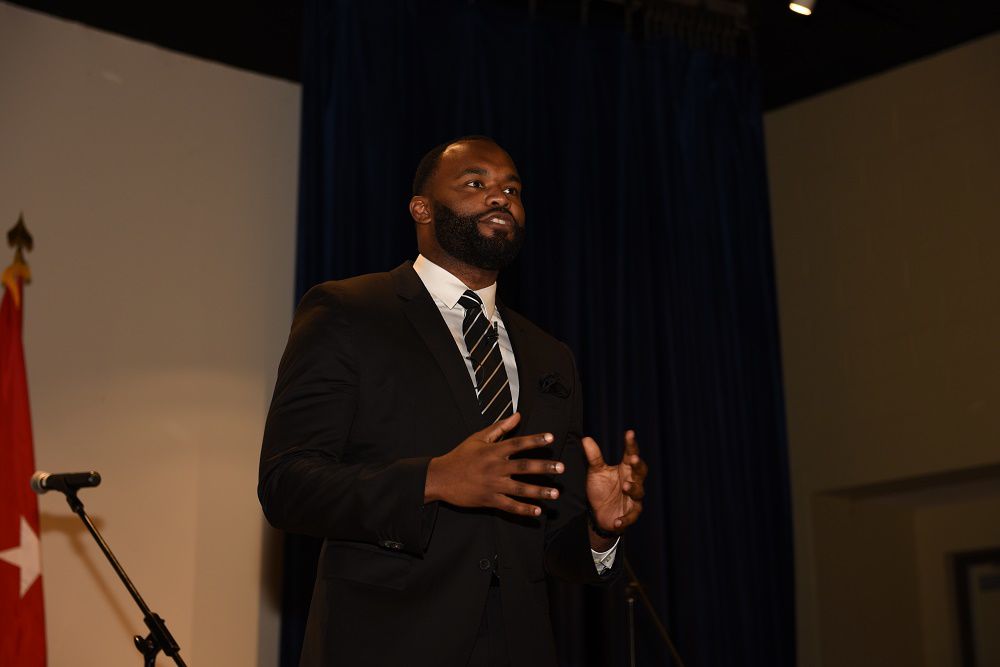 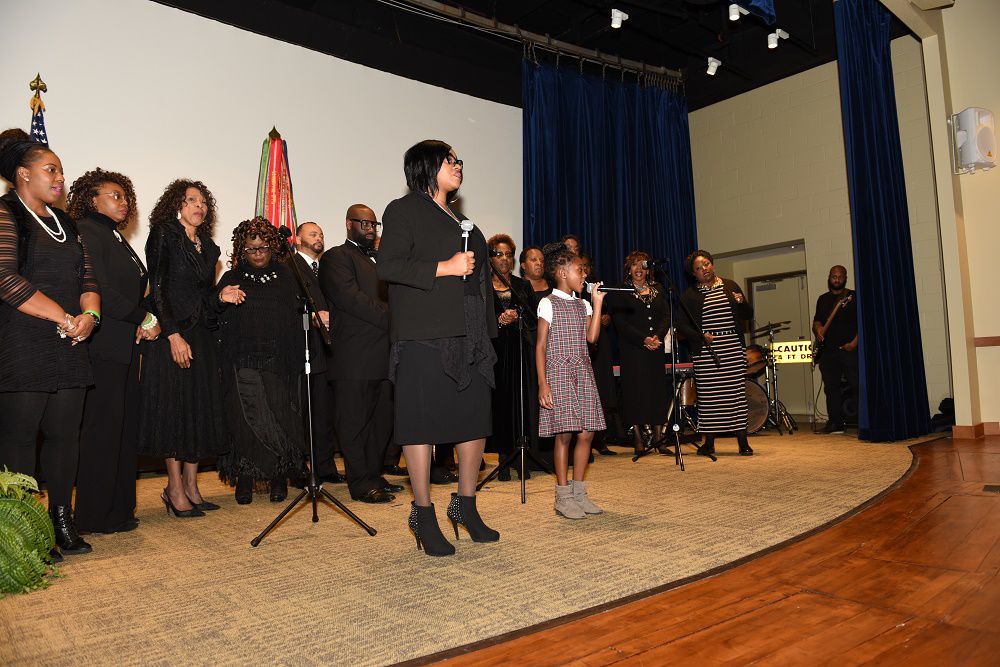 This year’s theme was “Remember! Celebrate! Act!” The observance included entertainment from the True Light Church of God in Christ Choir Ensemble and keynote remarks from Dr. Myron Rolle.

During his speech, Rolle told his story. Today he is a Harvard neurosurgery medical resident, but when he was young, his family had just immigrated to New Jersey from the Bahamas to start a new life. Despite making good grades and being an accomplished athlete, Rolle said he was badly behaved, skipping school and getting into fights.

When he was 11, one fight landed him in court. He said when the judge dropped the charges against him, he was inspired to change his life.

“I made the turn toward things that would make me successful in this country,” Rolle said. “I wanted to be different, I wanted to change my life from what I used to be doing, to what I should be doing.”

By his junior year, Rolle had 83 scholarship offers to play college football when he decided to play at Florida State University. During his college career, Rolle had another choice to make, between playing professional football and accepting a Rhodes scholarship. He ultimately took the scholarship.

“Honestly, it put me in a position where young people who look at my story who see a young man who maybe they could relate to … could say he chose education over athletics,” Rolle said. “He chose knowledge which will endure and last a long time.”

After graduating from Oxford, the Tennessee Titans selected Rolle in the sixth round of the NFL draft. When asked, he said he would make the same decision again.

“In life, there are going to be moments where you make difficult decisions, where you come to a road where there is an intersection,” Rolle said. “Sometimes you have to go left to go right … or you have to choose this or that. I implore you to make the decision that not only benefits you and behooves your interests, but also brings other people along with you.”

Rolle encouraged attendees to find their passion, load themselves up and get ready to pursue that passion. He said people can make a big impact by mobilizing and taking action.

“I think Dr. King was really trying to have us do this, by his speeches, by his work, by his lifelong legacy of doing good, regardless of who we are, what we look like and what our names are,” he said. “Now, we are living in that age where it is possible to be great.”