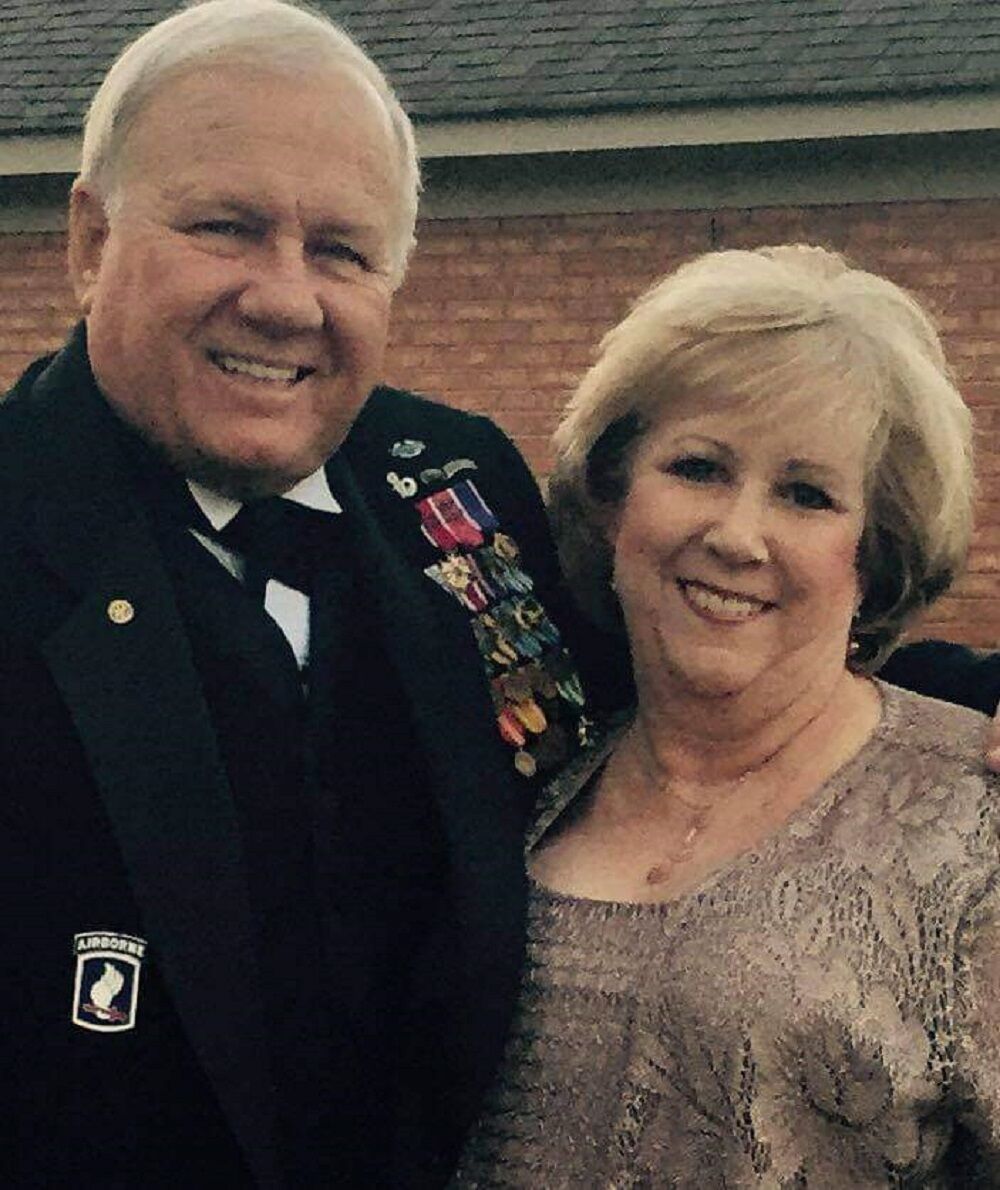 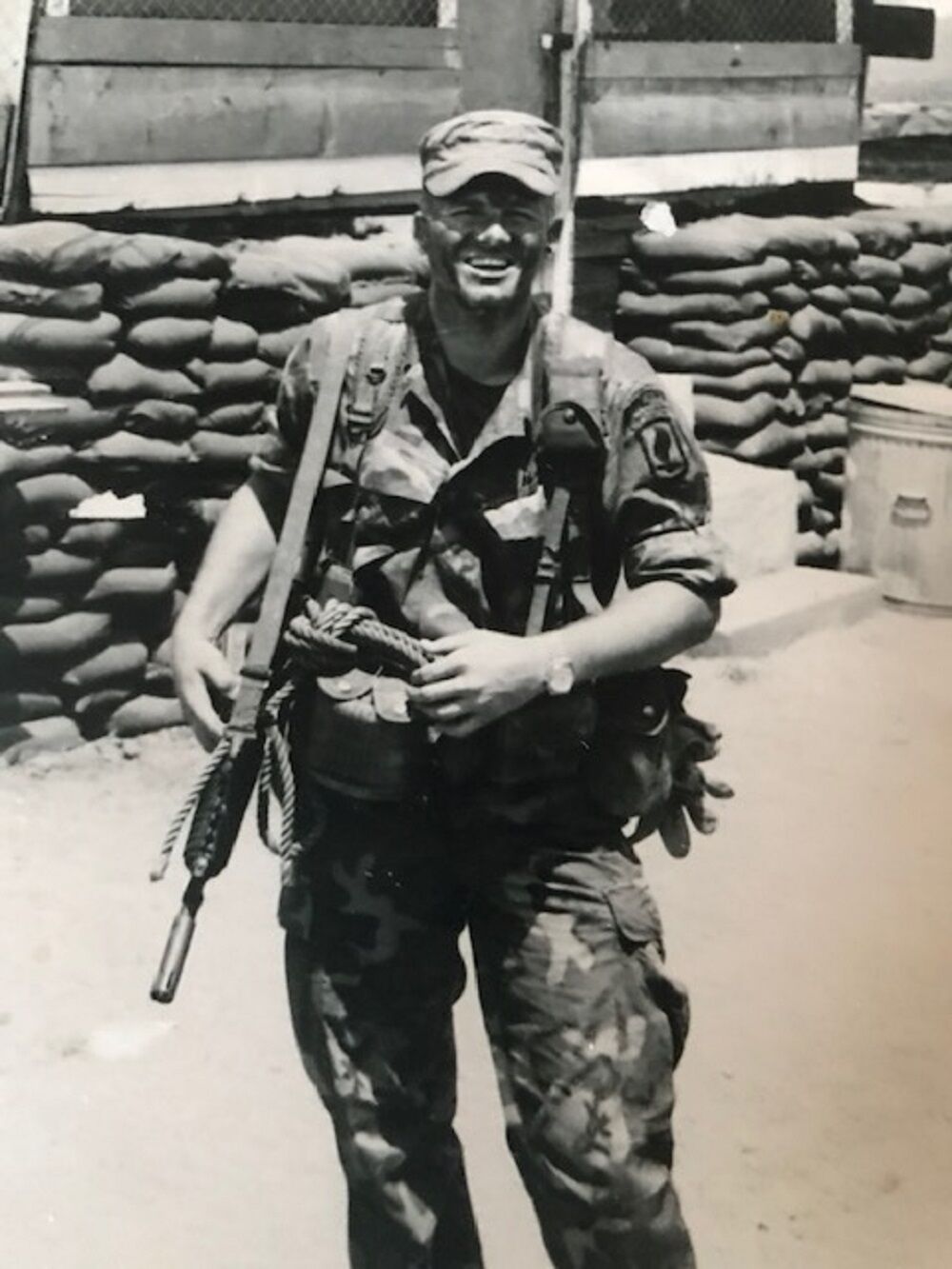 John Reitzell went to Vietnam in late spring 1970 as a 23-year-old second lieutenant in the infantry.

The yearlong experience was as challenging as you would expect.

“It was not very pleasant. There’s nothing worse on Earth than a nasty gunfight and I was in multiple combat close-quarter battle,” the retired colonel said.

“I was actually wounded four times but three of them were minor,” Reitzell, who has the Purple Heart, said.

He was wounded twice in the same fight about an hour apart Aug. 26, 1970, in the jungle northeast of An Khe. “This was just a meeting engagement. Two forces just ran into each other,” he said.

Reitzell can give a vivid description of what it’s like to experience a gun battle.

“The cacophony of sounds is debilitating,” he said. “And then you can turn to the smells. You begin to stink and your mouth turns cotton. You’re always feeling for your ammo pouches. You can hear when a bullet hits a man. The smells are horrible. And everybody’s afraid.”

But as a young platoon leader, he learned that “it’s up to you to ensure that your men know that somebody’s in charge and you’re equipped to fight.”

“Everything went into slow motion,” he said. “And I made a valiant effort to touch everyone and let them know ‘Hang in there, Smitty.’ You learn how to lead by learning how your people respond to you in a gunfight.”

One of his men with N Company, 75th Rangers, Patrick “Tad” Tadina, became a jungle fighting legend. Tadina, the Vietnam War’s longest continuously serving Ranger, died May 29 at age 77. “He had 109 kills. I can vouch for that many,” Reitzell said. “This guy was an animal. I mean this was a Soldier boy.”

Besides the Purple Heart, Reitzell has three Legions of Merit, five Bronze Stars (two with “V” for valor), the Joint Meritorious Service Medal, five Army Service Medals, five Air Medals and the Joint Service Commendation Medal. During his tour he spent three weeks in the hospital recuperating from his wounds before returning to the field. He came home in the summer of 1971.

He said he was treated “shabbily” when he returned to the United States. He didn’t get spat on but he did get called “baby killer” by a female protester at the Seattle airport. Reitzell received a welcome reception when he got home to Monroe, Louisiana.

The son of a World War II veteran graduated from Northeast Louisiana State College, now called Louisiana-Monroe, in 1969 with a bachelor’s in premed with a specialty in chemistry. He was commissioned through ROTC. He became a master parachutist in 1972.

His 28 years in the infantry included some years in Special Operations. He served in Vietnam, Korea, Germany and the Iraqi desert. In Tom Clancy’s book “Shadow Warriors: Inside the Special Forces,” Reitzell is depicted as “Maj. Johnny.”

Reitzell retired as a colonel in 1997 as chief of staff of the Army Infantry Center and School at Fort Benning, Georgia. After 10 years he retired in 2017 from Dynetics Inc. where he was department head for cybersecurity and systems engineering. He has a master’s in systems management from Webster University in 1982 and a master’s equivalent in national security strategy from the Army War College in 1990.

He and his wife of 49 years, Glenda, reside in Huntsville. They have two children and four grandchildren. Their son, Mike, is a lawyer in West Palm Beach, Florida; and their daughter, Robyn O’Dell, is a senior executive for a large corporation in the Atlanta area.

At 74 he hasn’t played golf for a year because of his knee problems resulting from his nearly 1,000 parachute jumps. He is a life member of the Association of the U.S. Army, a former board member of the National Defense Industrial Association, a board member for two companies in defense contracting and he serves on the Huntsville Police Citizens Advisory Council.

Reitzell shared his thoughts on this nation’s commemoration of 50 years since the Vietnam War.

“Well I think it’s great,” he said. “Finally some recognition for so many people that got spat on and so many years we were called names and so forth.”

Editor’s note: This is the 289th in a series of articles about Vietnam veterans as the United States commemorates the 50th anniversary of the Vietnam War.