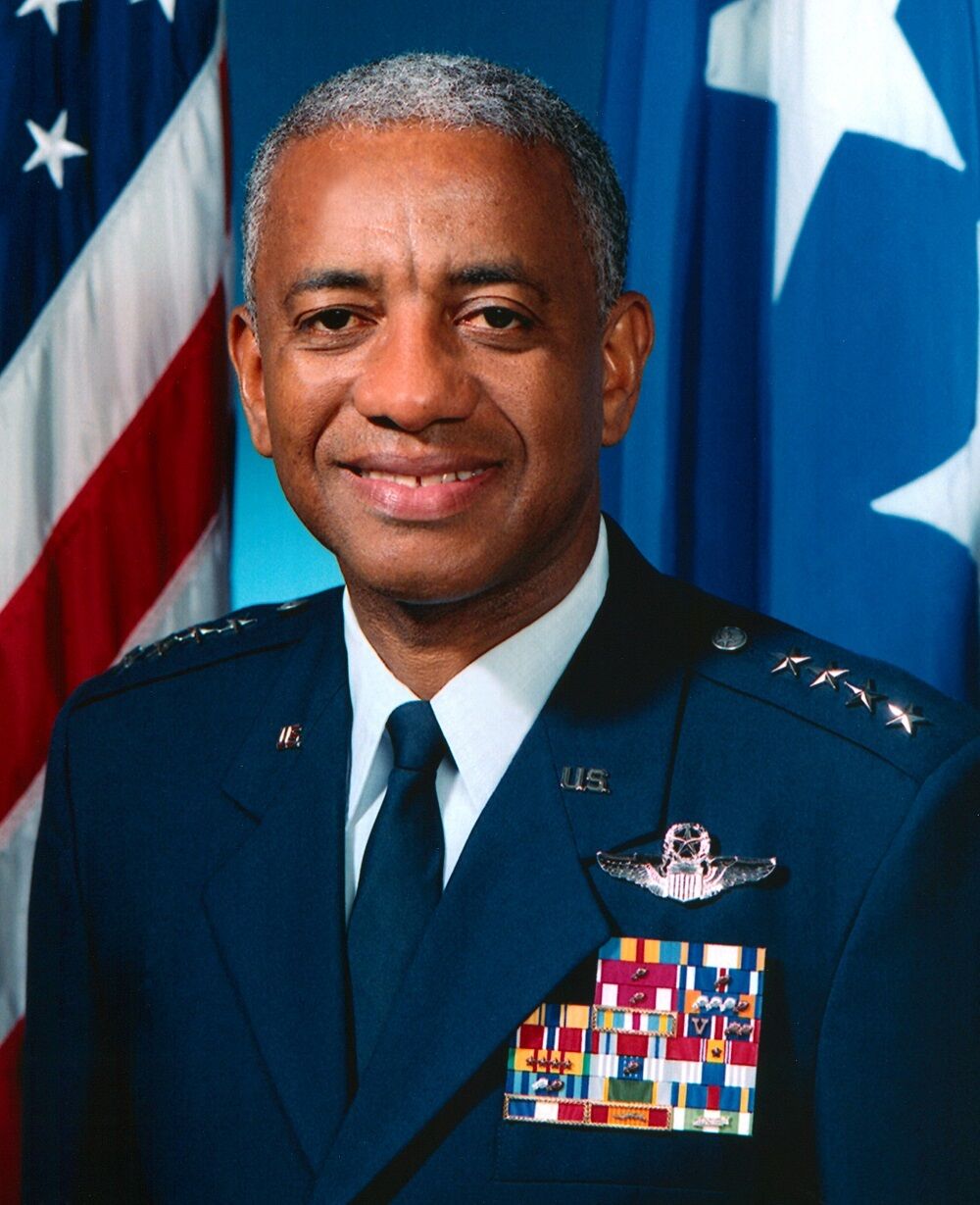 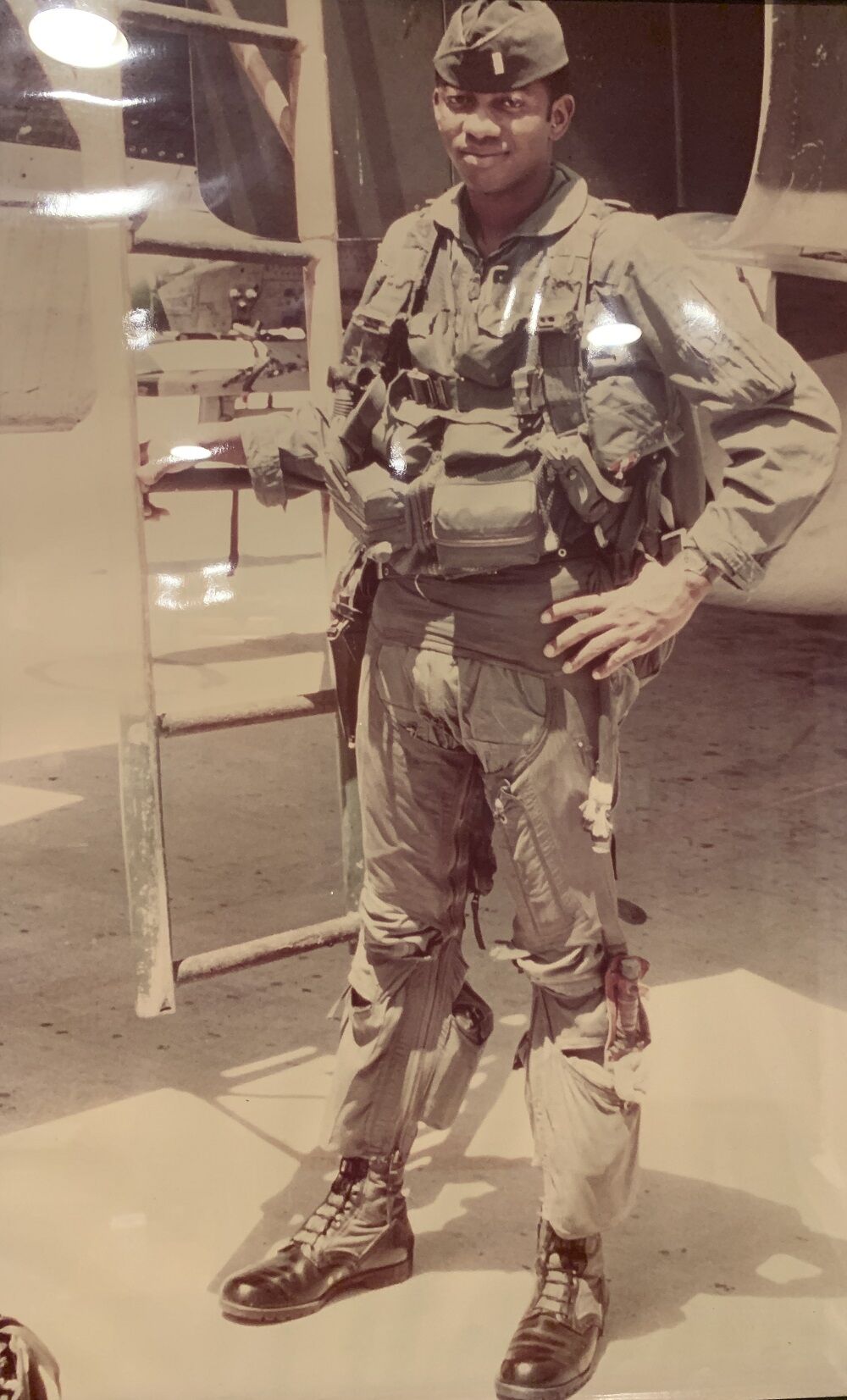 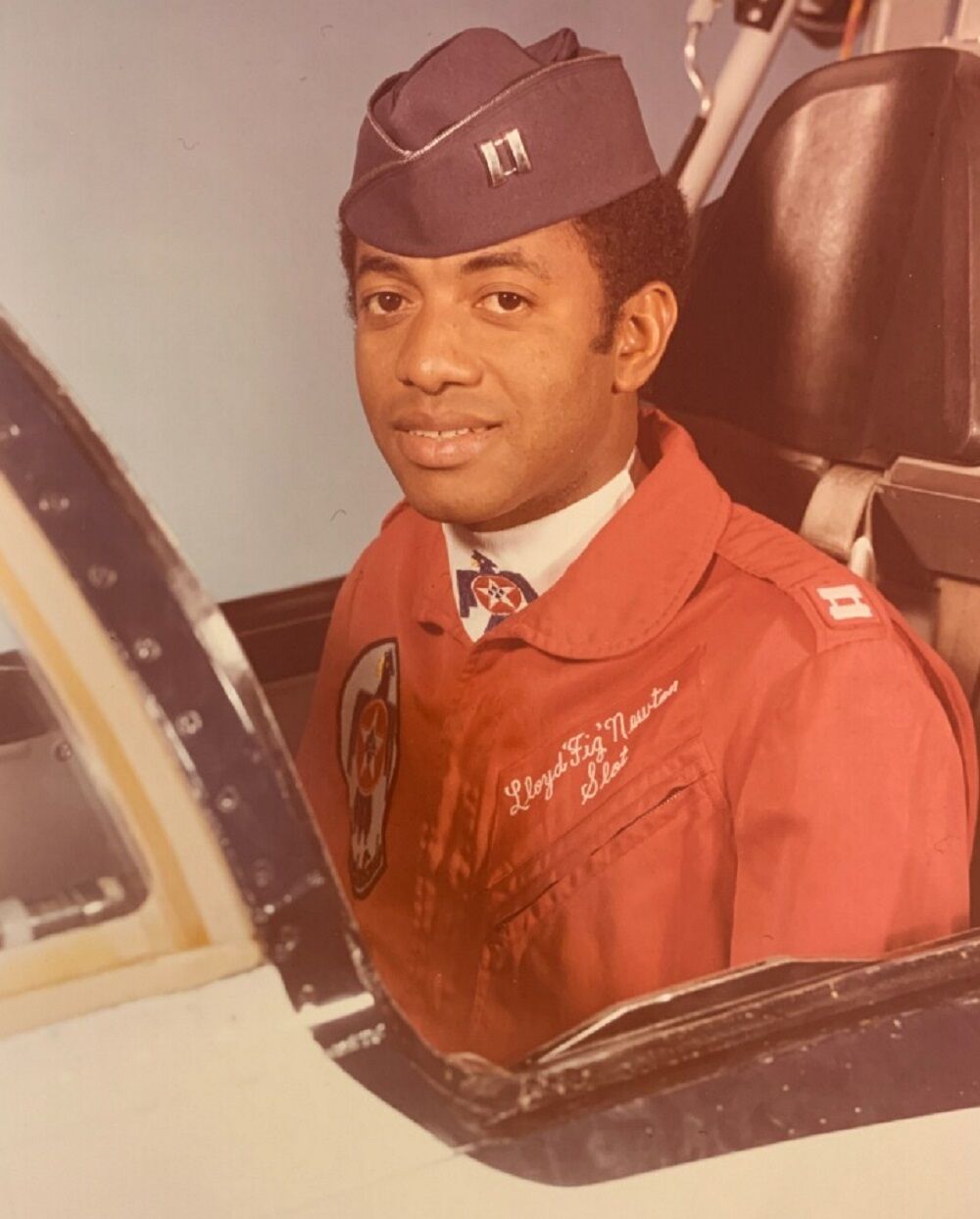 In 1976 Air Force Capt. Lloyd “Fig” Newton sits in the cockpit of his plane in Las Vegas as a member of the Thunderbirds. He became the first black pilot selected to join the Air Force Aerial Demonstration Squadron, the Thunderbirds, in November 1974.

In 1976 Air Force Capt. Lloyd “Fig” Newton sits in the cockpit of his plane in Las Vegas as a member of the Thunderbirds. He became the first black pilot selected to join the Air Force Aerial Demonstration Squadron, the Thunderbirds, in November 1974.

On April 4, 1968, Air Force 2nd Lt. Lloyd “Fig” Newton was enjoying the afternoon in San Francisco with friends before deploying from Travis Force Base for Vietnam. Hours before his scheduled departure, he got the news.

Martin Luther King Jr. had been assassinated in Memphis. As a young black officer, Newton felt he had to decide whether to go ahead and fight a war outside this country during a time of racial turmoil in the United States.

“My whole day, my whole life, changed at that point,” Newton said. His Air Force friends stayed with him for a short time until he went off by himself to think about his decision.

“What was really going through my mind of course was why should I be going to Vietnam to fight an enemy when I have an enemy right here in the United States,” he said.

He distinctly remembered the oath he had taken to defend the U.S. against all enemies, foreign and domestic. He thought about the fact that he had orders to go to Vietnam and that he would be disobeying an order if he stayed home. After deep thought, Newton decided to go as scheduled.

“It was best that I go. That was a critical decision and I made the right decision,” he said.

Newton piloted an F-4D Phantom on 269 combat missions, including 79 missions over North Vietnam, from April 1968 to April 1969. He earned a Distinguished Flying Cross with an oak leaf cluster and the Air Medal with 16 oak leaf clusters. Of particular note during Black History Month in February, he became the first black pilot selected to join the Air Force Aerial Demonstration Squadron, the Thunderbirds, in November 1974.

The South Carolina native retired from the Air Force in 2000 as a four-star general.

When he arrived at Da Nang Air Base, South Vietnam, in April 1968, he joined the 480th Squadron of the 366th Tactical Fighter Wing. This was his first time outside the United States. During his first week there, the unit had lost five airplanes to enemy ground fire and only recovered one two-man crew. So of the 10 people who went down, only two pilots returned.

“You begin to calculate real quick: If we lost five airplanes in a week, there’s a very good chance I could get shot down out here,” Newton said. The criteria for going home was flying 100 missions over North Vietnam or being in country for one year, whichever came first.

In his first bombing mission, Newton flew over North Vietnam with a pilot on his 95th mission. He saw the puffs of smoke from the 37mm guns on the ground. “It was unbelievable,” Newton said.

They would drop various bombs – 500 pounders, 750 pounders and sometimes 1,000 pounders – and also napalm and cluster bombs. Ground fire would come from 37mm guns and 57mm guns. Occasionally the enemy would fire Soviet-made surface to air missiles or SAMs.

Most of their missions over South Vietnam were to provide close air support for U.S. Army troops on the ground. They would fly at a lower altitude than over North Vietnam, sometimes 500 feet and below, and were at risk of intense ground fire.

“Those missions were very rewarding because you knew you were helping your fellow Americans not to be overrun by the enemy which would be North Vietnamese or Viet Cong,” Newton said. During his yearlong tour, he flew five recovery missions to retrieve downed pilots.

The fighters typically flew one to two missions per day, sometimes at night, in various weather conditions. Usually at least two aircraft flew together, sometimes as many as four. Each fighter had a two-pilot crew. Newton was the weapons system operator in the back seat of his aircraft. “Let there be no doubt about it, there were times that I was really scared. And there was good reason to be scared,” he said.

Asked what he most remembers from that year, he said, “Well, a couple of things. First of all this was my first time outside the United States. I had never been outside the United States before. And so, particularly now, you’re engaged in war. I came to realize very quickly even though we had a number of issues in the United States – racial tensions and folks marching against the war – it became very clear to me that the United States is the best country in the world. Because you could see how the people lived there and how difficult it was to be in a war zone. It became clear to me democracy was the best thing. I made up my mind I would come back to the U.S. to help right the wrongs that were here.”

Newton grew up on a little farm in Ridgeland, South Carolina, and he entered Air Force ROTC at Tennessee State University where he was introduced to flying. He saw the Thunderbirds at an air show in 1964 and decided he wanted to join them someday. He received his commission as a distinguished graduate through ROTC in 1966.

Newton and his wife of 31 years, Elouise, have a combined three sons and two daughters, seven grandchildren and two great-grandchildren. They reside in Bluffton, South Carolina, about eight miles northwest of Hilton Head Island. At 78 Newton enjoys playing golf. He is a member of the Air Force Association and the Tuskegee Airmen Inc.

“Warfare certainly has changed very drastically from then until now. We would expect that. But our experiences in Vietnam certainly helped us be a much better military by the way of tactics, techniques and procedures than we were back then,” he said. “And in that 50 years, if we need to engage in combat we’ve learned how to do that and at the same time significantly reduce the number of lives lost in combat. We as a nation have made significant progress in our relationships with each other. However there is still much work to be done.”

Editor’s note: This is the 306th in a series of articles about Vietnam veterans as the United States commemorates the 50th anniversary of the Vietnam War.