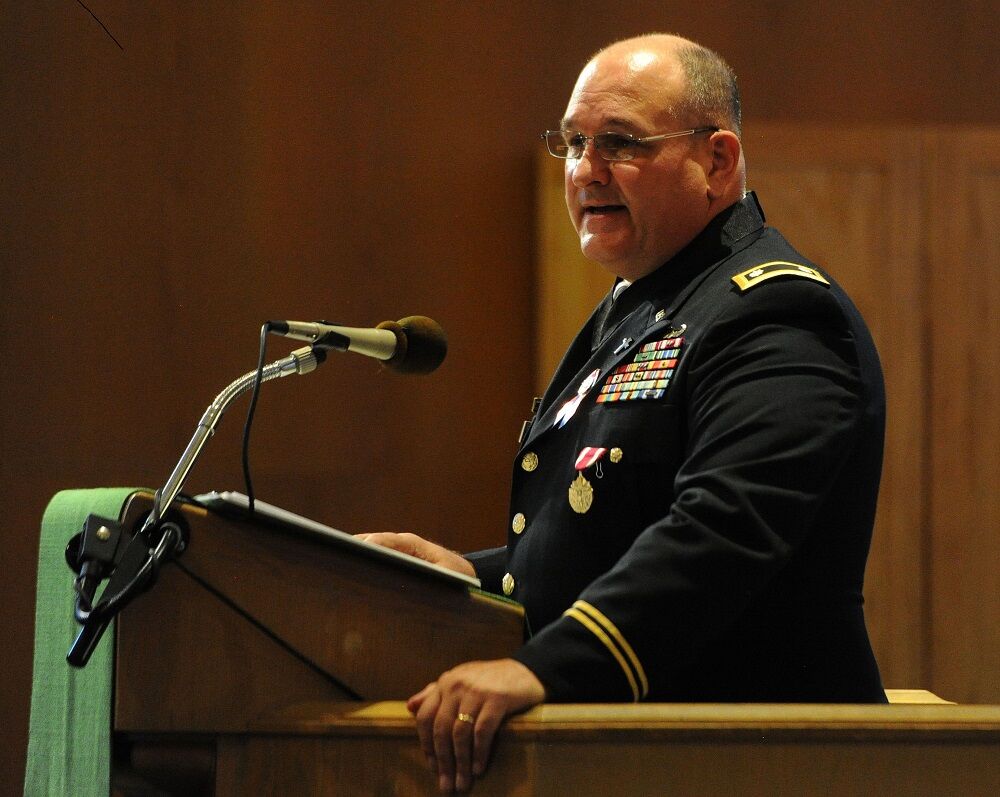 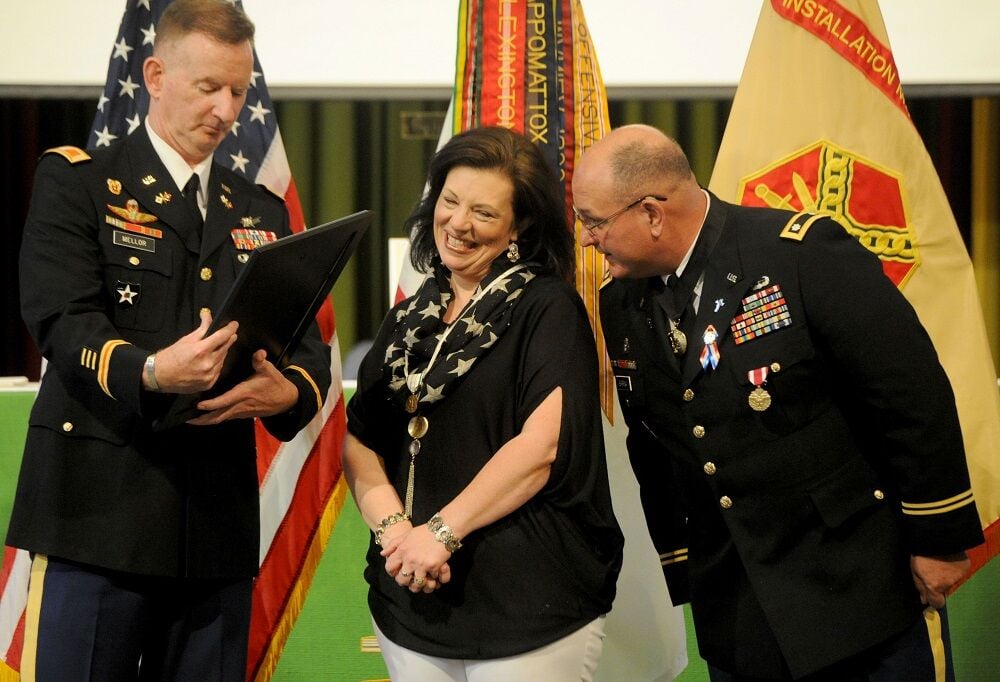 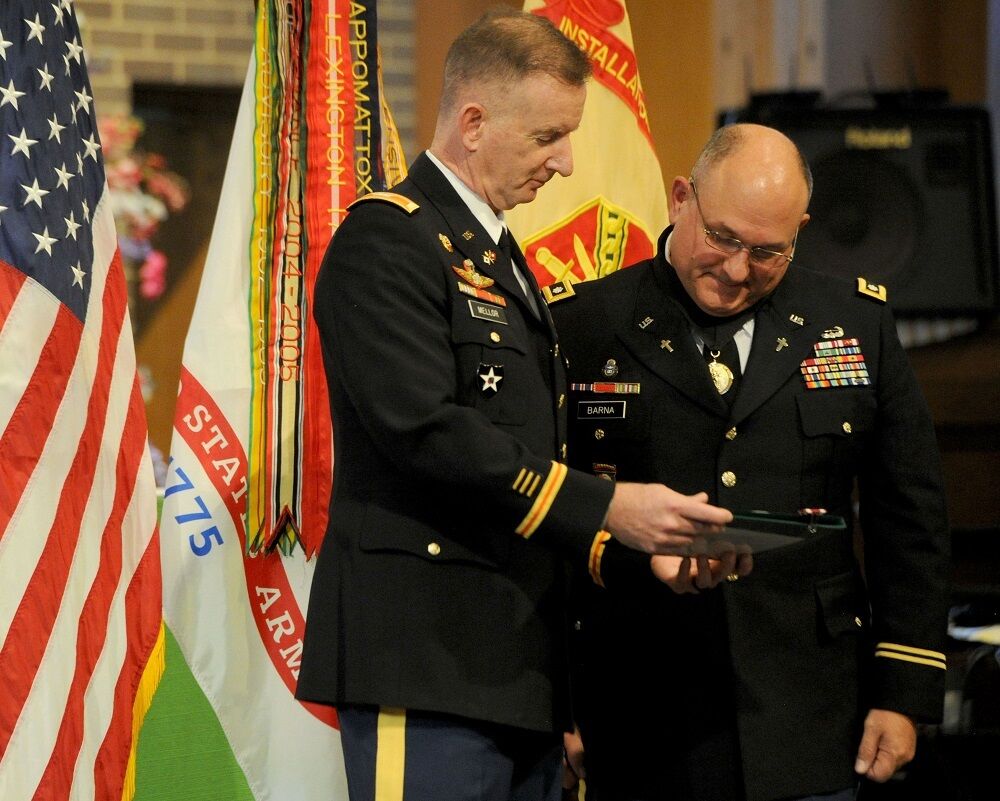 The weather on the morning of Aug. 31 matched lyrics of the old hymn being sung inside Bicentennial Chapel. “This rain will never stop,” a verse of “Old Soldiers Never Die,” seemed to perfectly encapsulate the mood outside as the remnants of Hurricane Ida passed over North Alabama.

However, the mood inside was anything but gloomy as Redstone Arsenal personnel gathered to celebrate the retirement of Chaplain (Lt. Col.) Charles Barna.

Barna has been serving at Redstone Arsenal since January 2018.

Mellor also gave remarks in which he addressed Barna not only as a fellow Garrison leader, but a friend.

“Charlie has been a bedrock of the team, a highly respected leader not only on post, but in the surrounding community,” Mellor said. “The partnerships he has forged with all the parishioners continue to evolve to this day.

“This country owes you and your family a debt of gratitude it will never be able to repay,” Mellor said. “You and Andra have done God’s work and we really appreciate it from the Garrison level. Let me just say thank you again. You will be missed due to your hard work and your dedication, that attitude, and that smile you always have. Your efforts have dramatically increased the spiritual resiliency of the Garrison, allowing the operational organizations located on RSA to execute their mission and support the warfighter.

“In my experience in command, you have provided me sound advice, great judgment, and given me and my family that bedrock that is vital to spiritual well-being. Thank you for being a great leader, a great chaplain, and a great person.”

Barna addressed the full chapel for one final time, taking special care to thank all the figures who were instrumental in his growth as one of the Army’s spiritual leaders.

“I thank God for the way he has protected my family and myself,” Barna said. “He has blessed us. He has gotten me through some difficult times in my career.”

He also thanked his family: wife Andra and daughters Brittany, Rachel and Martha. He presented each woman with a bouquet of flowers and gave his daughters military child medals, recognizing the sacrifices they made throughout their childhoods.

The ceremony concluded with choruses of “Old Soldiers Never Die” and “The Army Goes Rolling Along.” Barna’s role will be filled by Chaplain (Lt. Col.) Charles Lahmon, who began transitioning into a role with the Garrison in July.