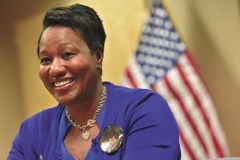 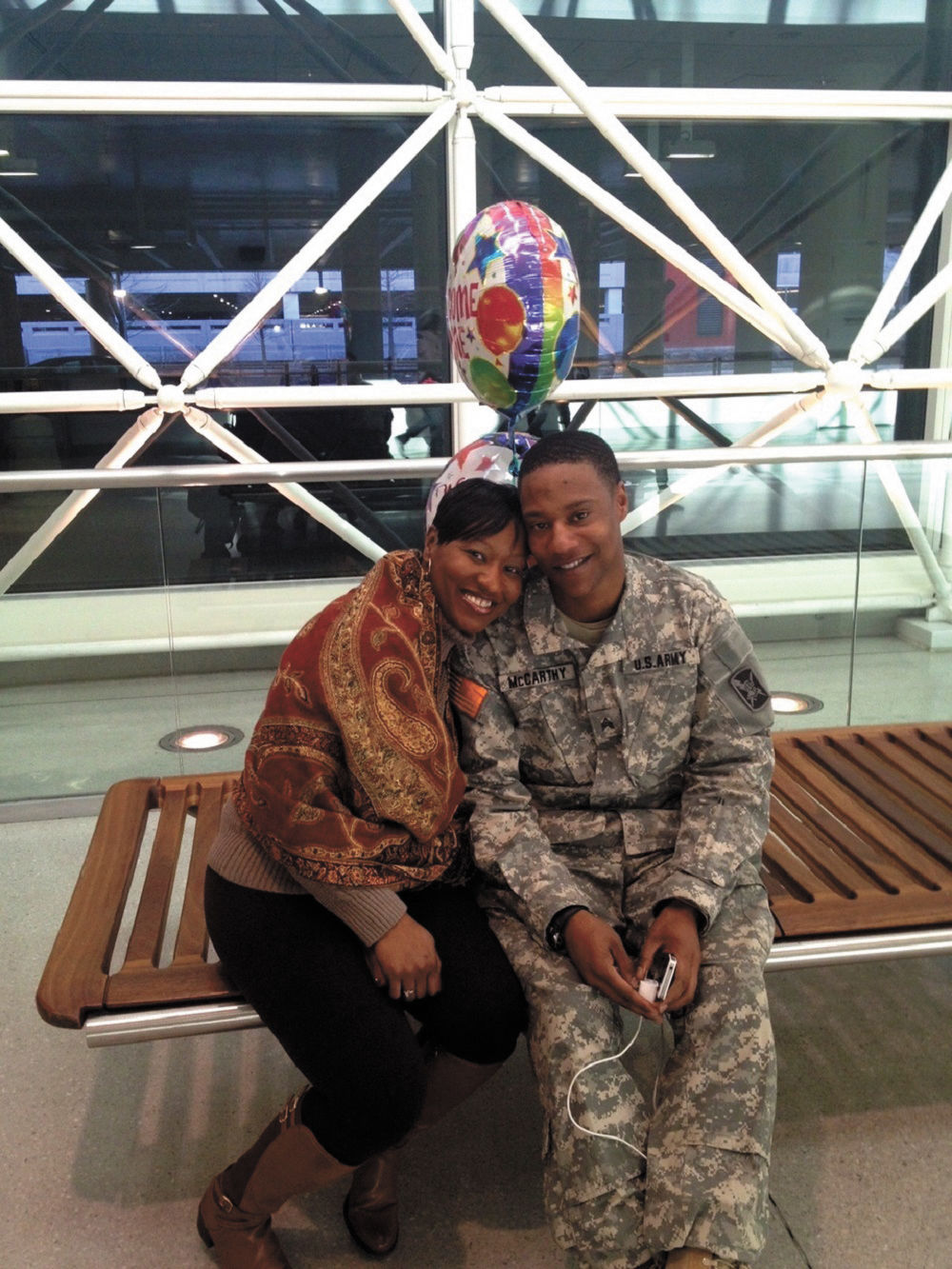 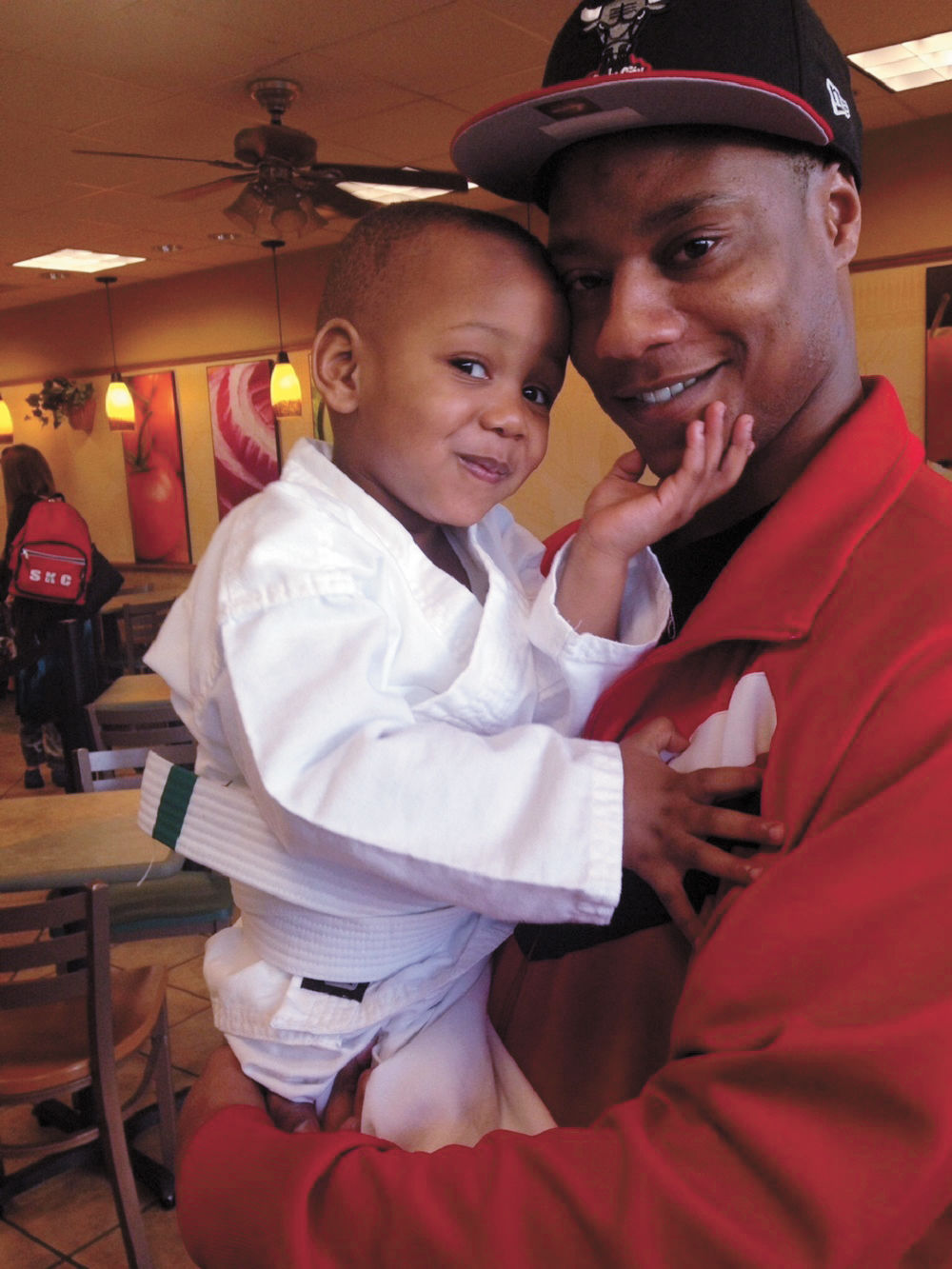 It was the text message that changed Constance Taylor’s life – and ended her son’s.

“Please forgive me for what I’m about to do. Never let my son forget how much I love him. In the end, all I wanted was my family. I love you.”

Taylor frantically began dialing her son, Sgt. Demetrion McCarthy, at Fort Gordon, Georgia, but to no avail. Her daughter and daughter’s boyfriend, who were living in Tuskegee, Alabama, at the time, took to the road in an effort to save McCarthy’s life, dialing the local authorities to intervene.

But it was too late. When the police arrived at McCarthy’s home they found him in the kitchen, dead. The Soldier was only 27.

Gathered with her Gold Star mothers – women who mourn the loss of a son or daughter who once served their country – the time came at the annual dinner in their honor for each mom to introduce themselves, and share a little about their child.

“Constance Taylor stood up and said, ‘My son Demetrion was an amazing person. He was so full of life. Unfortunately, I lost him to suicide,’” Branson recalled. “She was just out there with it. She had a smile on her face. And she said, ‘I choose to remember my son the way he lived, and not the way he died.’”

As the coordinator for Redstone Arsenal’s Survivor Outreach Services program, Branson works with those who have lost Soldiers, sailors, airmen and Marines from all causes – war, cancer, car accidents and suicide. While many of the moms, dads and wives she meets proudly proclaim that their loved one died in service to their country, for those who grieve for someone who died by suicide, it’s a stigma they often aren’t willing to confront or share. But Taylor did exactly that.

“I said it,” Taylor said. “As we approach the fourth year, I’ve come to grips with, ‘Don’t let the way he died reflect the way he lived.’ As I’ve continued on this journey, I’ve found the strength in helping others by telling my story.”

Sensing an instant connection, Branson knew that Taylor’s bravery, and her willingness to share her painful story, was something that other families she serves could benefit from. Together, the duo are planning an informal gathering that will bring together SOS families who have been affected by suicide.

“I’m hoping Constance is contagious and she can help other people to start talking about suicide, and to not be ashamed to say, ‘My son died from suicide,’” Branson said. “To really say those words, I think, is going to help them.”

How often the group meets or what types of activities they do will evolve to fit the needs of the group, Branson said, but the most important aspect of the outreach will be to provide them with a safe space to share their stories and grief, minus the suicide stigma.

Demetrion Montez McCarthy was born July 2, 1986, weighing only 3 pounds, 15 ounces. As Taylor fought for her own life with eclampsia, doctors told family members that McCarthy would lose his. But that tiny baby was a fighter, just like his momma, with whom he developed an unbreakable bond.

“He was truly a survivor,” said Taylor, who described her son as her “angel” and “miracle child.”

Growing up in Glen Burnie, Maryland, McCarthy excelled as an athlete, playing for both the varsity football and basketball teams. Upon graduation from high school, McCarthy recognized he wasn’t quite ready for college, opting instead to enlist in the Army in 2005. He deployed three times throughout his Army career, in 2010, 2011 and 2013, with two of the tours to Iraq, and one to Syria; and in that time also became a husband and father, realizing his dream of starting a family.

While Taylor noticed a change in her son after his 2011 deployment, she chalked it up to him growing up, as McCarthy insisted he was OK, putting on a brave front for his mother. It wasn’t until he checked himself in to the hospital after a fight with his wife in February 2014 that Taylor realized there was a problem.

As time went on, McCarthy seemed to get better, at least in phone conversations with his mom in Maryland, while signs of post-traumatic stress disorder went unnoticed by his wife in Georgia. When she moved out March 24, 2014, taking their son with her, the Soldier’s life began to quickly unravel.

“He called and said, ‘Mom, my heart is broken. I can’t sleep. I can’t put him to bed every night,’” Taylor recalled.

As Taylor reassured her son they would get through it, McCarthy was handed divorce papers April 5, and just two days later, April 7, was called in by his commander to address concerns his wife had made. Having never been in trouble before, it was the PTSD trigger that was the final straw.

“PTSD is real,” Taylor said. “Mental illness is real. We as Americans haven’t realized how real it is. We think, ‘Let’s push it under the rug.’ We need to do something about it. We go and send our Soldiers, our sailors, our Marines, our airmen, our young over, and they’re fighting these wars and doing these things. They went there and they saw this stuff, and then you bring them back and you give them a few days of coming back and you just expect them to be OK. No. It doesn’t happen like that.”

As she’s worked through her stages of grief, Taylor has become more and more vocal in sharing her son’s story, becoming an advocate for suicide prevention, and even doing a lot of mental health training, in order to seize every opportunity that presents itself to save a life.

Editor’s note: If you or someone you know is contemplating suicide or exhibiting warning signs, call the 24/7 National Suicide Prevention Lifeline, 1-800-273-8255 or visit suicidepreventionlineline.org. Warning signs of suicide, according to the National Suicide Prevention Lifeline, may include: threatening to hurt or kill oneself, feeling hopeless, feeling rage or uncontrolled anger, acting reckless or engaging in risky activities, feeling trapped, increasing alcohol use or drugs, withdrawing from friends or family and dramatic mood changes.