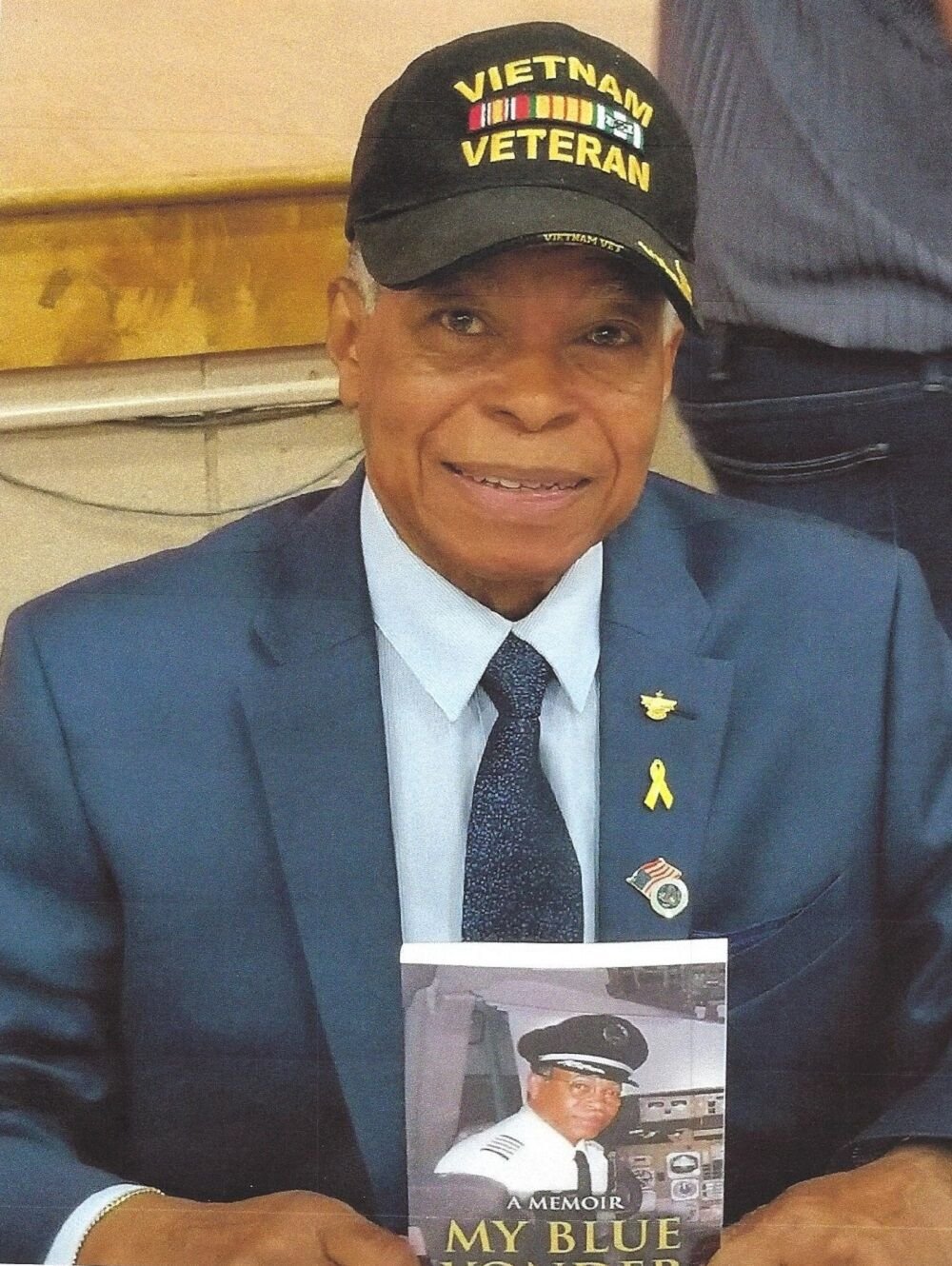 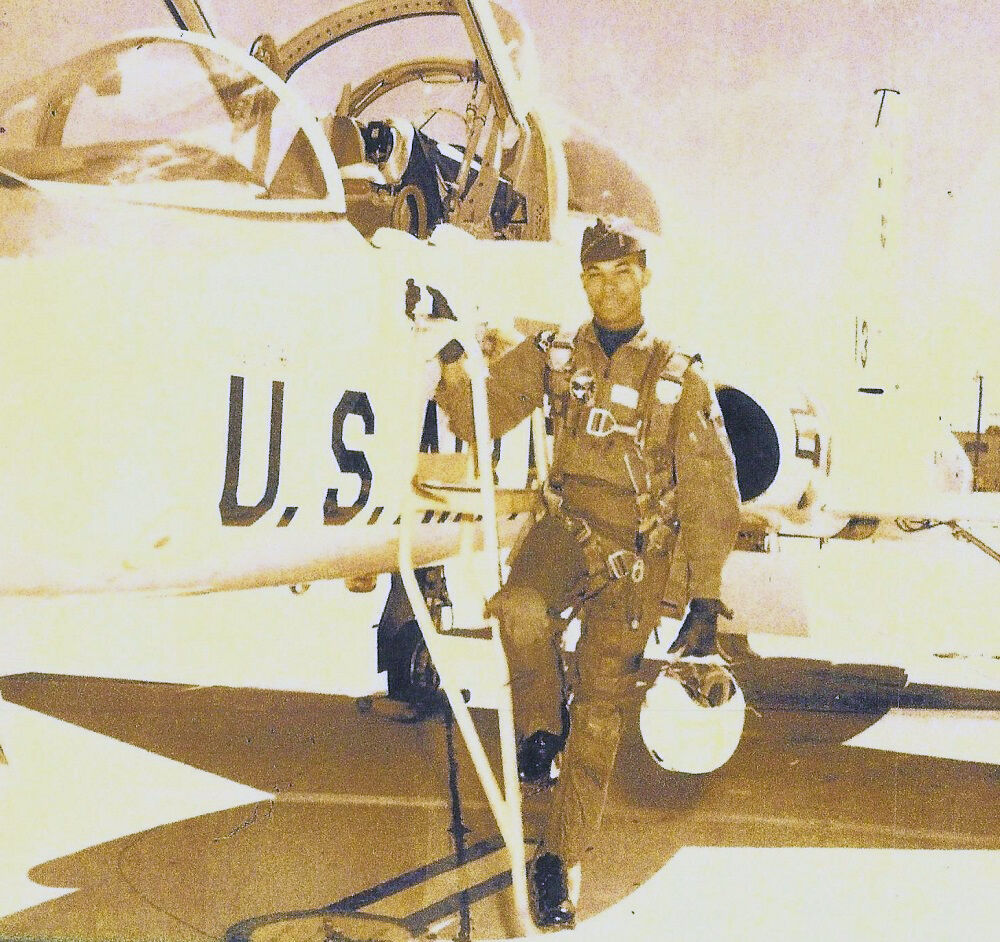 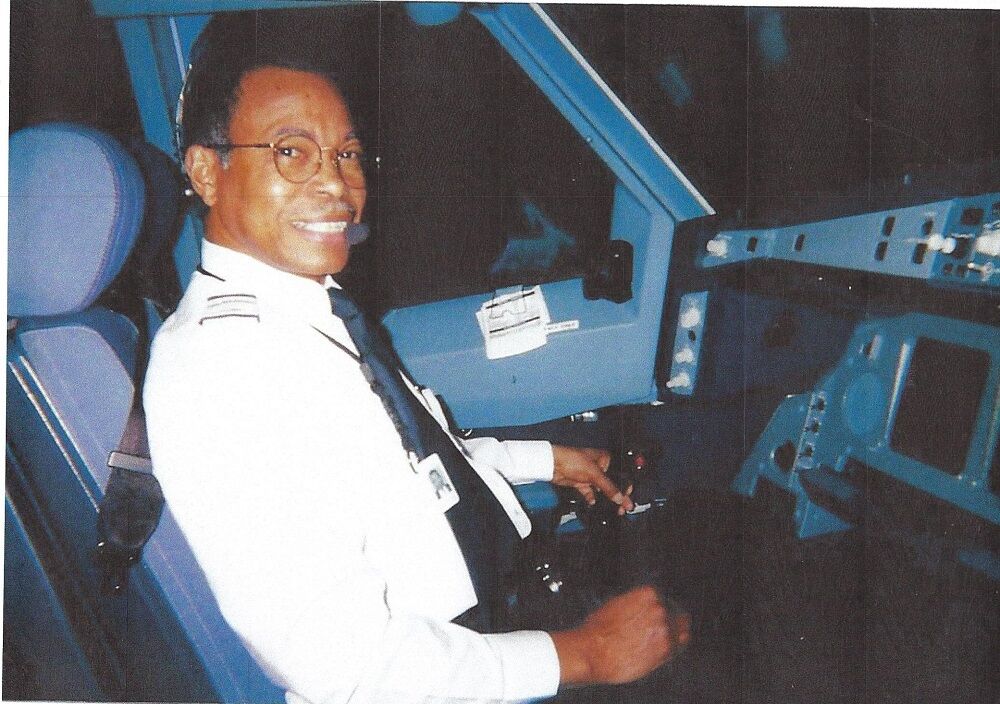 Carl Gamble flew 244 combat missions dropping propaganda leaflets as an Air Force pilot in Vietnam from 1968-69. He still has nightmares about the fateful flight that led to his Distinguished Flying Cross.

“That’s the only one where I ever got hit by enemy ground fire. Out of 244 missions, that’s the one,” the Madison native said.

March 1, 1969, seemed like just another day for the 9th Special Operations Squadron out of Da Nang. The special operations pilots, including Capt. Gamble, would fly missions to drop leaflets telling the enemy to give up and turn in their rifles for food. Other pilots used the C-47 airplanes as gunships for air-to-ground attacks and for electronic jamming.

“We took off from Da Nang. Just scattered clouds that day and we were flying just a regular mission. And usually the enemy – the Viet Cong – would not shoot at us because we were unarmed,” Gamble said.

Also onboard the pilot’s old C-47 airplane were his co-pilot, a first lieutenant; a navigator, also a first lieutenant; the loadmaster, a tech sergeant; and the flight mechanic, also a tech sergeant. Two enlisted Soldiers went along for the ride. The loadmaster typically emptied the 200 boxes of leaflets down the chute during the flight for distribution to the natives.

But 30 minutes into the flight, over the An Hoa River and about 25 miles from the air base, the unexpected happened. A .50-caliber bullet from an enemy machinegun struck the bottom of the airplane’s fuselage. The aircraft shook and the loadmaster said, “We’re hit.”

“After we shut it down, we had to make a decision whether to bail the crew out or fly back to Da Nang,” he said. “I decided to try to fly it back because in this area of Vietnam they weren’t taking any prisoners.”

He notified the air traffic control that they had an emergency and made a left turn to return to Da Nang. But the fuel tank in the left wing exploded and smoke and heat filled the cockpit. The airplane was flying sideways on one engine.

“I’m starting to pray now that I made the right decision and we can make it back to the base. I’m saying to God please don’t let me die in this unforsaken place that I don’t want to be anyway,” Gamble said. “I’m also thinking that if I die here I’ll never see my friends again back in the States.”

The plane was flying on one engine and losing altitude. Gamble told the loadmaster to dump all the leaflet boxes out the exit door; and the two Soldiers helped the loadmaster comply to lighten the airplane’s load. They were within about 10 miles of the base.

“And when the air traffic control tower sees us, they tell us ‘You’re too low. You’re not going to make it to the runway,’” Gamble said. “And now I’m really thinking. And this time I’m saying ‘God don’t let me die in this airplane because if I do I’ll never see my mom again.’ I’m thinking: my mom who I love so dearly because I never knew my dad. My mom, who has had the most influence in my life. My mom, whose husband shot and killed her brother right in front of her eyes. And my mom, who did not let her brother’s death destroy her but used it as a tool to make her stronger.

“So that’s when I really believe that my belief in God and with her courage and strength, that I would make it to the runway. Going from doubt to courage.”

He straightened out the plane to keep it airborne. Amazingly the aircraft touched down at the front edge of the runway. It had no brakes because it had lost all the hydraulic fluid. The airplane rolled to a stop and Gamble told everyone to evacuate. The loadmaster replied that they couldn’t because the fire and smoke was so intense it blocked the exit doorway net. The fire trucks hadn’t made it to the scene because they had to wait until the airplane came to a complete stop. Fortunately the base helicopter, nicknamed Pedro, arrived and hovered above the burning plane. The wind from its blades pushed the flames and smoke enough so everyone could scramble out the exit. All seven of the plane’s occupants got out safely with just some bruises from the flight.

“We weren’t out of it two minutes before the auxiliary fuel tank exploded and the airplane was totally destroyed by fire,” Gamble said. “So if we had flown that aircraft another two minutes, that airplane would’ve exploded in flight and I wouldn’t be talking to you today. Everybody onboard would’ve been killed.”

Gamble, 78, now residing in Matthews, North Carolina, near Charlotte, received the Distinguished Flying Cross and the Air Medal with six oak leaf clusters. He also received the Vietnam Cross of Gallantry with Palm.

The Tennessee State University graduate initially decided to become a pilot when he would see fighters flying overhead while he was picking cotton in the cottonfields of Madison as a child. He earned his commission from Air Force ROTC at Tennessee State in 1965 and he finished 56 weeks of flight training at Laughlin Air Force Base in Texas in February 1968 before going to Vietnam.

After eight years, he left the Air Force as a captain in 1973. He became a pilot with Piedmont Airlines out of Winston Salem, North Carolina, in 1974. In March 1984 his flight from Charlotte to Miami was hijacked to Havana, Cuba. The hijacker was arrested in Havana, the airliner refueled and arrived safely in Miami. Gamble retired in 2003 after 29 years with Piedmont and US Airways, a predecessor of today’s American Airlines.

He and his wife of 48 years, Elaine, reside in Matthews where he has a real estate company. Their son, Davian, and daughter, Leilana Vaughan, both reside in Charlotte. They have four grandchildren. Gamble’s book, “My Blue Yonder,” a memoir about his journey from picking cotton to piloting one of the world’s largest airplanes, was published in 2018 by BookLocker.com. Gamble became the first black pilot inducted into the Madison County Military Hall of Heroes in 2018. He has a 100% disability rating from Veterans Affairs.

Gamble belongs to the Charlotte Social Connections, the Organization of Black Aerospace Professionals and the Black Airline Aviator Pioneers.

“We’ve come a long ways but we still have a long ways to go,” he said. “We have veterans now that are participating in dialogue and events that are nonproductive. There could be a lot more dialogue about what’s going on in our country today. I would not like to think Vietnam and our other wars are not a wasted cause. Peace and love to all our veterans around the world.”

Editor’s note: This is the 305th in a series of articles about Vietnam veterans as the United States commemorates the 50th anniversary of the Vietnam War.