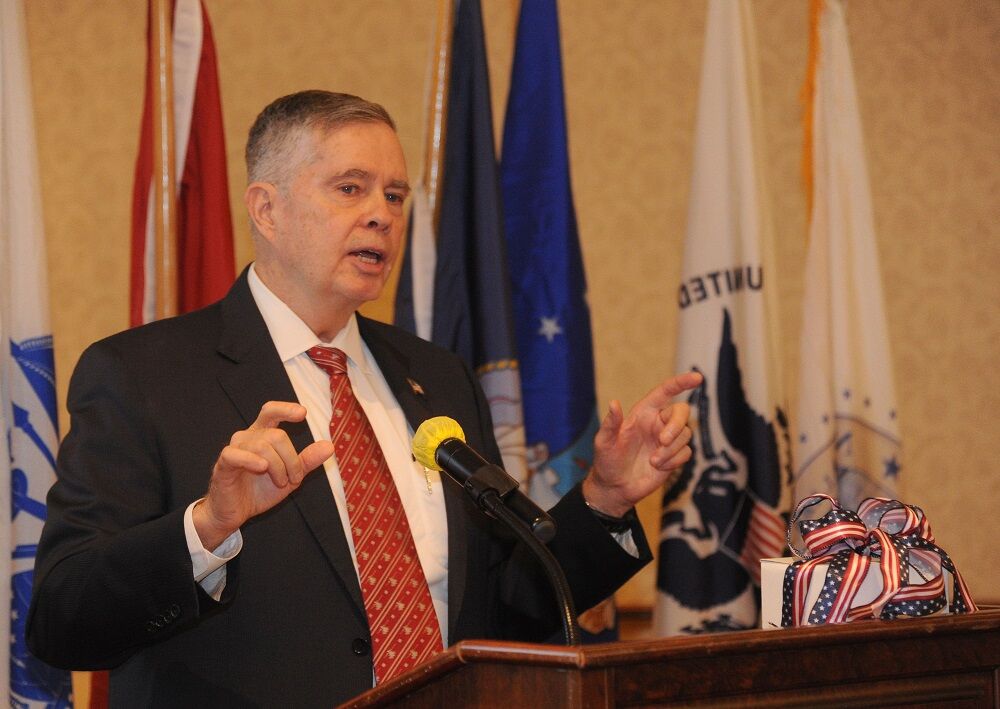 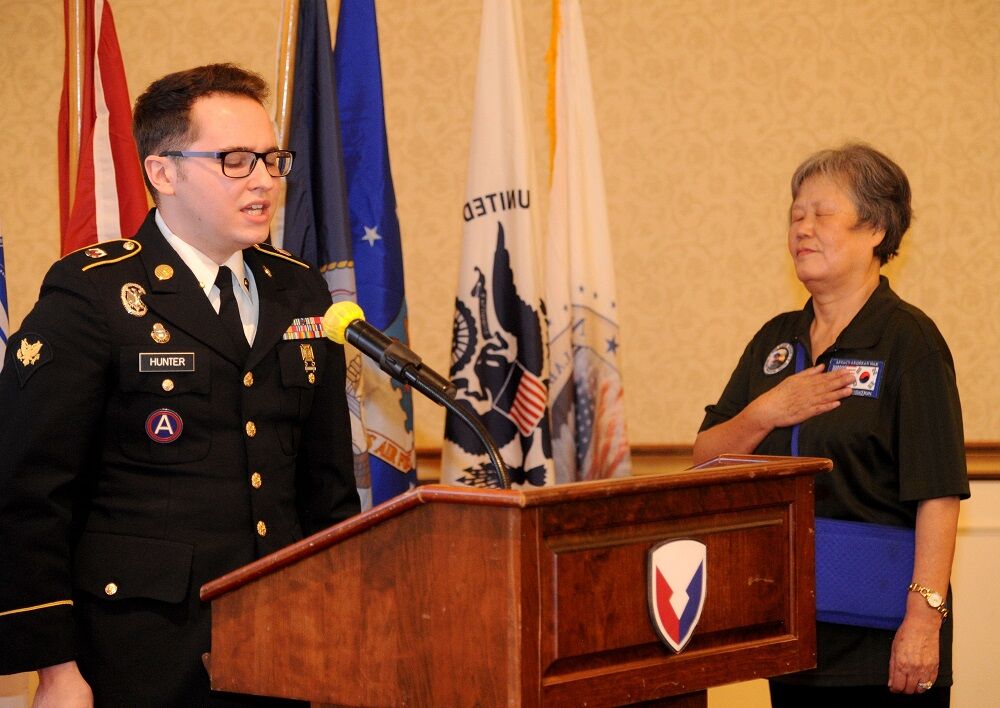 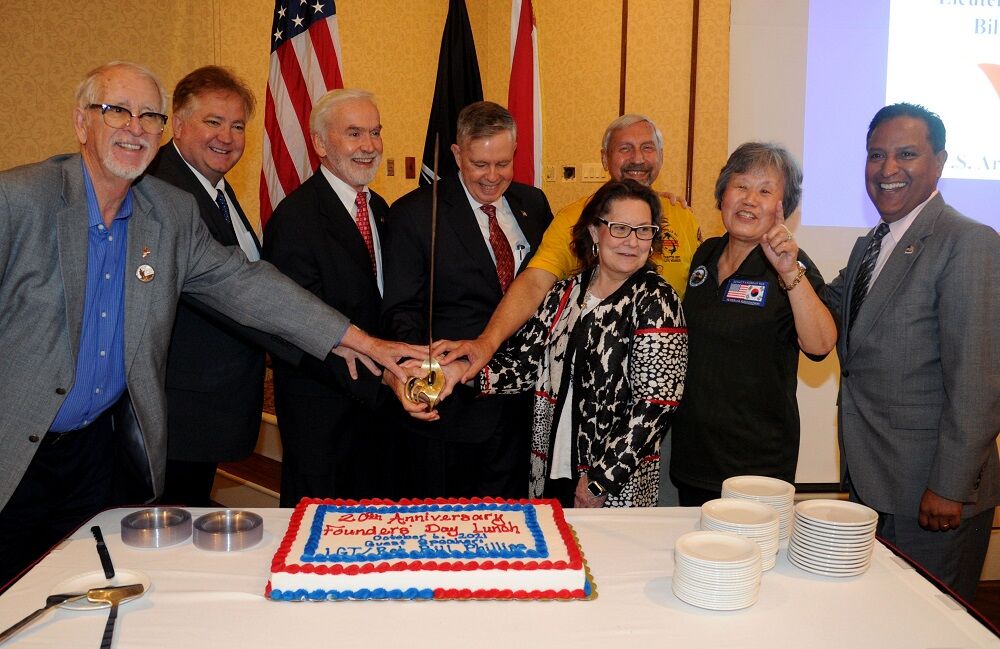 Past presidents gather to cut the cake with a saber during the North Alabama Veterans and Fraternal Organizations Coalition’s 20th anniversary Founders Day.

Past presidents gather to cut the cake with a saber during the North Alabama Veterans and Fraternal Organizations Coalition’s 20th anniversary Founders Day.

The North Alabama Veterans and Fraternal Organizations Coalition celebrated its 20th anniversary with a luncheon Oct. 6 at The Summit.

Coalition President KC Bertling hosted the event, which consisted of a White Table Ceremony honoring American servicemembers who are prisoners of war, missing in action or killed in action, a slideshow highlighting the coalition’s recent activities, and an address honoring the coalition and some of its past members.

Phillips retired in May 2014 while serving as the Army’s senior acquisition officer. After retiring from the Army, he went on to work in the private sector, retiring in February as the vice president of Army/special operations forces at Boeing.

“There is a significant synergy through this coalition,” Phillips said. “You all perform a great service to our veterans and their families, and all the folks in the Tennessee Valley and elsewhere are so fortunate for what you do every day.”

Phillips thanked the coalition for their continued support of the armed forces in North Alabama, saying that throughout his travels he has found “nothing better than the Tennessee Valley” when it comes to honoring and supporting veterans and servicemembers.

“Our Soldiers, sailors, airmen, Marines, Coast Guardsmen, our civilians, our first responders and our veterans have a special place in our hearts, and you being here today so validates that statement,” Phillips said.

He highlighted the stories of three Korean veterans, including Billy Neal, who was in attendance at the event, and Army chaplain Capt. Emil Kapaun, who died in captivity in 1951 and was just laid to rest on Sept. 29 after his remains were recovered.

The coalition also inducted a new member organization at the luncheon: the Muscle Shoals Chapter of the Military Officers Association of America.

Phillips concluded his remarks with a quote from Neal that was originally published in the Redstone Rocket on Dec. 20, 2017, after he received the coalition’s Veteran of the Year award. Neal said the following:

“I don’t know why people make such a to-do about what I do,” Neal said. “I’m just me. I’m a nobody. I just do what I do. I don’t do it for recognition. I don’t do it to make myself look good. I’m just an old country boy who was raised that I needed to help people that needed help.”