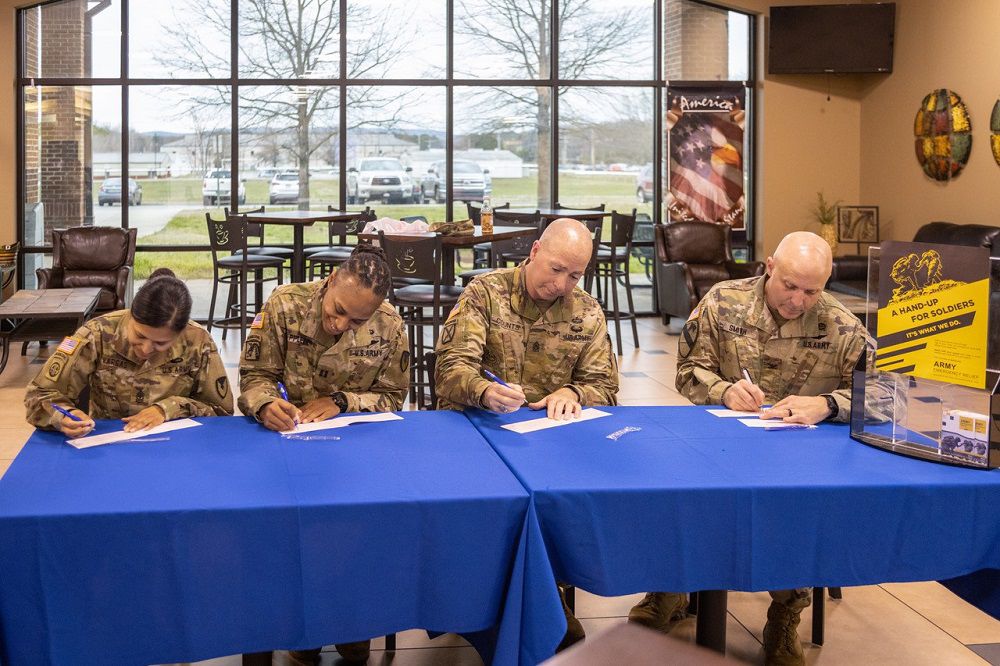 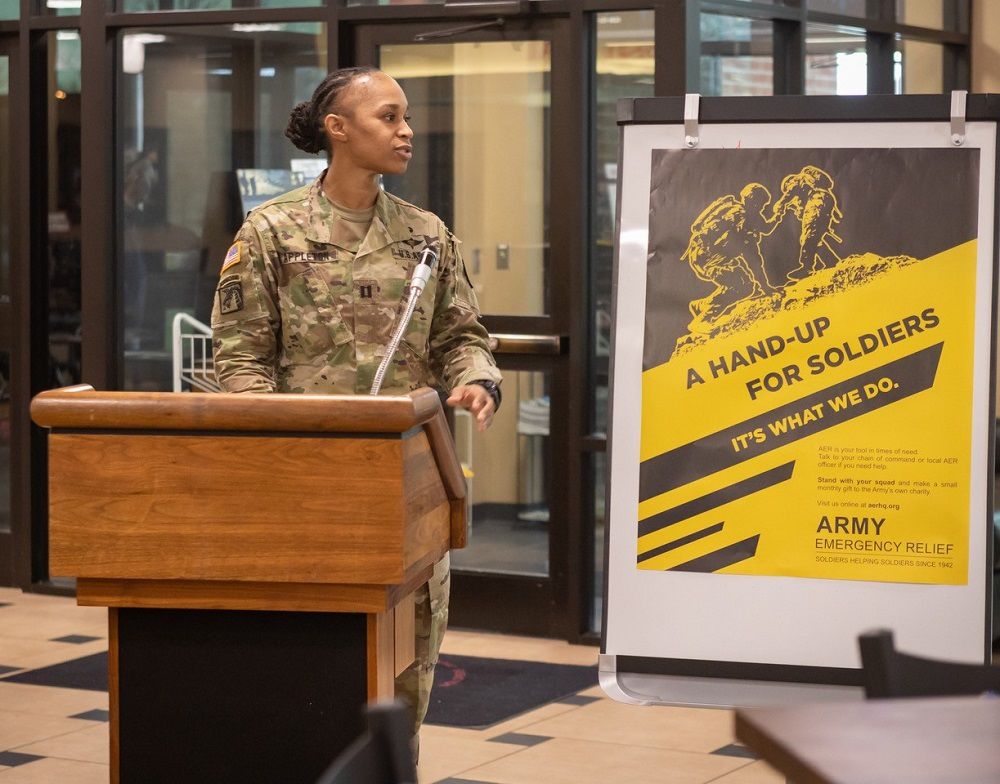 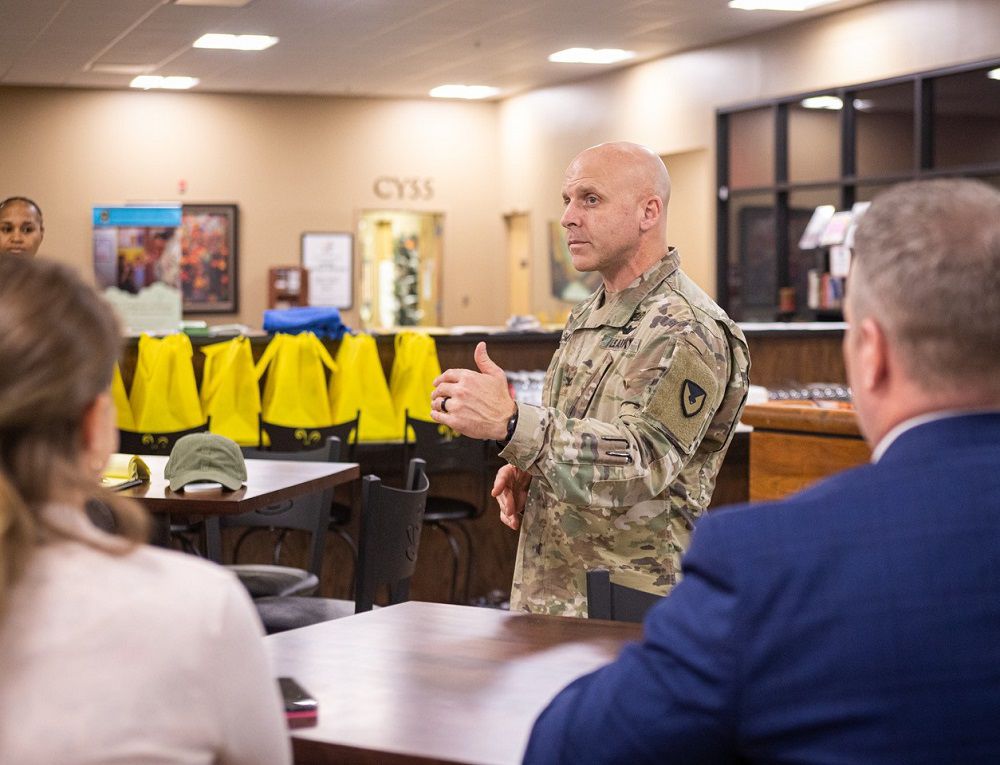 Garrison Commander Col. Kelsey Smith pledges his support to AER and thanks key representatives for helping with the campaign. 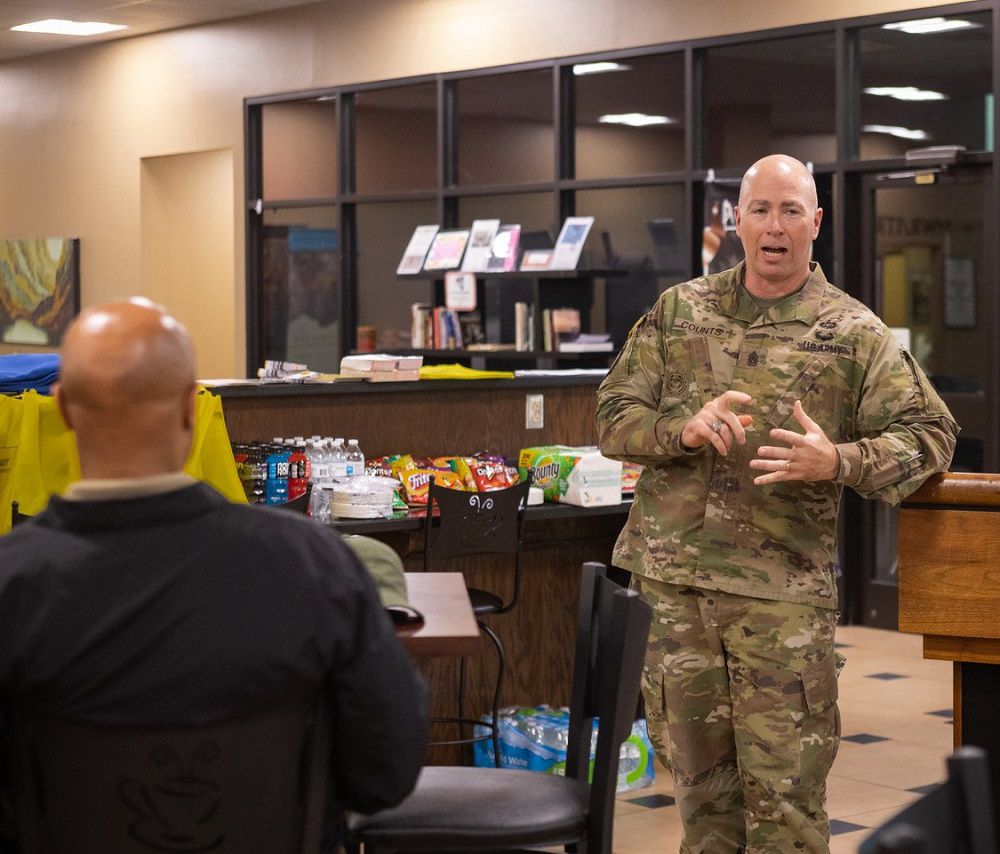 Garrison Commander Col. Kelsey Smith pledges his support to AER and thanks key representatives for helping with the campaign.

Army Emergency Relief’s goal is to give a “hand up, not a handout,” but to do that, they need to raise money.

Counts spoke about how AER has changed over the years and shared with the crowd his experience with receiving AER assistance.

Counts acknowledged asking for help can be hard.

“But I’ll look back at some of those paystubs when I was a young specialist with a brand new wife and a brand new baby, and I want to slap myself because I argue about money now, and I’m making three times, four times, what I did back then.

“But life happens, and what do we do? We rely on the support structure.”

Counts then contrasted the support structure AER provides to what he called “predatory lenders.”

He said in the past, some Soldiers might turn to these lenders who charge high-interest rates on loans because they felt going to AER would come with a lecture, while the outside lenders would make them feel like best friends.

“We redrew some of the parameters and gave first sergeants and commanders the authority to make decisions that will impact these Soldiers.”

According to Counts, that decision provided a more streamlined process that made getting help more accessible, and it allowed them to look at each situation and decide if they are enabling problems or helping a Soldier with them.

“It’s a hard thing for somebody to basically say ‘Hey, I’m in a bad position. I need help,’” Counts said.

In 2019, AER provided $70 million in assistance. More information can be found at AERHQ.org.