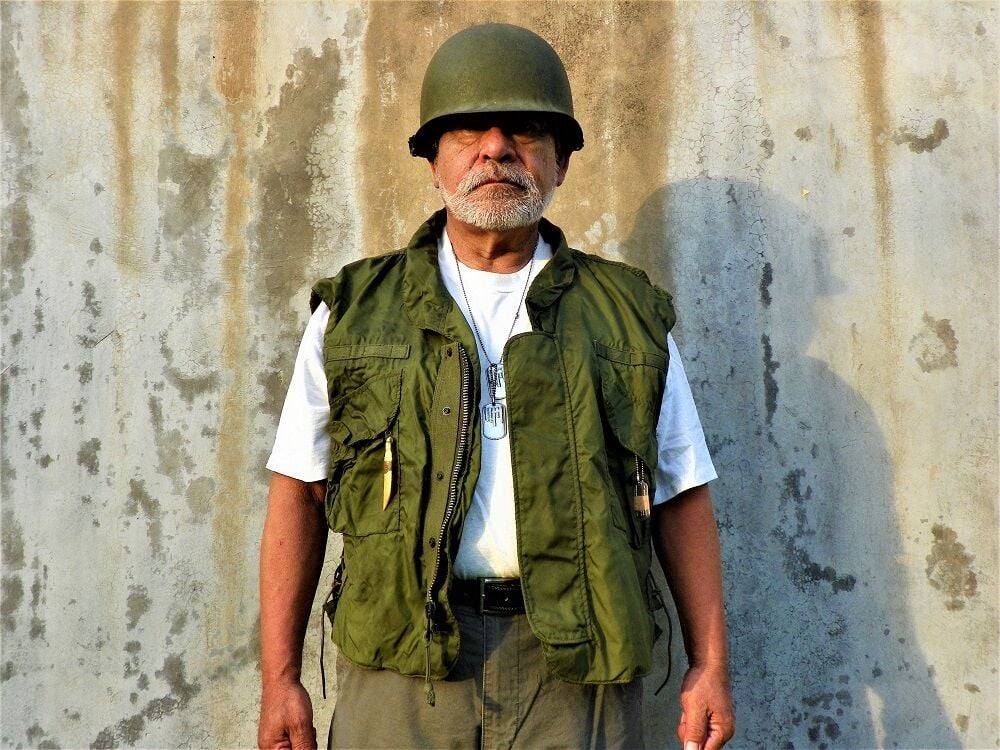 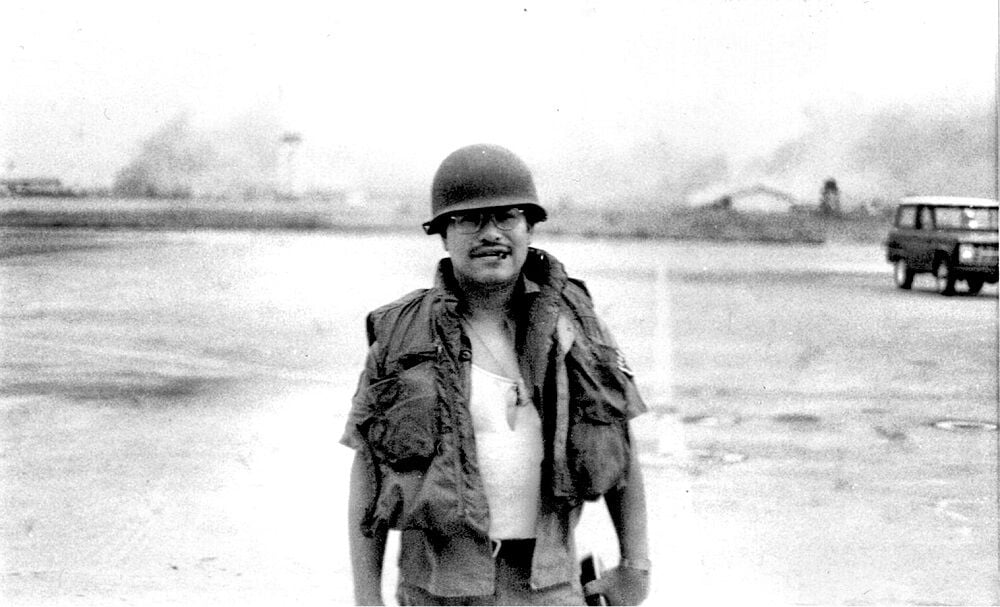 After watching bombs fall on Tan Son Nhut Air Base on April 28, he and the rest of the 10-member aircraft maintenance crew awaited further orders at their building near the flight line. The avionics instrument specialist belonged to the 604th Military Airlift Support Squadron which was under the Military Airlift Command.

They were told that C-130s would arrive in three-ship formations starting around 3 a.m. April 29 to continue the U.S. evacuation. But a rocket attack which destroyed the second C-130 canceled that plan, ultimately leading to reliance on Marine helicopters.

Lechuga saw South Vietnamese aircraft take off about 7 a.m. in a final effort to defend the perimeter of their air base. He saw a AC-119 gunship get hit by enemy fire and go down in flames.

“Some brave South Vietnamese air force pilots were still flying missions in defense of their country,” Lechuga, a retired chief master sergeant in Wichita Falls, Texas, said. “And I salute that.”

He watched as the natives frantically scurried from South Vietnamese C-130 to C-130 to pile into anything that could take off for their escape. A South Vietnamese F-5 was taxiing out for a mission when the pilot suddenly left the cockpit and ran to one of the departing C-130s so he could leave with them. A woman who was trying to climb into a C-130 fell under the aircraft and was crushed by its wheels.

An overloaded C-130 departed with its crew entry door open and people hanging onto the adjacent cable. As the plane gained altitude, the three to four people lost their grip and fell to their deaths.

“We witnessed it. We saw it. I can still see it right now,” Lechuga said. “To see them fall to their deaths, it’s something I’ll never forget.”

About 2 p.m., the maintenance crew members received word they were to leave the flight line and report to the defense attache office for evacuation by Marine helicopters. “Now we know there’s a little bit of hope,” Lechuga said. They boarded the vehicles for the short ride to that office but they were initially followed by a forklift with South Vietnamese soldiers who wanted to know where they were going.

There was plenty of activity in the hallways of the defense attache office. The Americans put their weapons into cardboard amnesty boxes and formed into departure lines. They started hearing the rotors of helicopters outside. At 6 p.m. April 29, Lechuga’s line came up and he and the other passengers ran to their awaiting Marine helicopter. They crowded aboard with two door gunners on each side and left.

“The helicopter took off. We’re kind of looking out the window,” Lechuga said. “Saigon is getting smaller. Soon we see the ocean. We know we’re safe.

“We evacuated thousands of people under chaotic conditions. Regrettably we knew we were leaving many, many people behind. To know as you’re flying out to safety there are so many people behind that are left, that is one thing that weighs heavy on me.”

They landed aboard the USS Denver LPD-9 in the South China Sea. One of Lechuga’s fellow Air Force passengers got down and kissed the deck of that ship.

The East Los Angeles native retired from the Air Force in 1998 as a chief master sergeant at Sheppard Air Force Base in Wichita Falls, Texas. He settled in Wichita Falls and served as an outreach minister for Edgemere Church of Christ until 2016.

Lechuga and his wife of 48 years, Madeline, had six children and 14 grandchildren. She died Dec. 15, 2019, from Parkinson’s disease. Both sons served in the Army. Miguel, the oldest, works at Landstuhl Regional Medical Center in Germany. Marco, the next oldest, is a helicopter crew chief and sergeant first class with the Army National Guard in San Tan Valley, Arizona, and served three tours in Iraq. Maria Maloney resides in Wichita Falls, Texas; Mickey Maxham in Oklahoma City, Oklahoma; while her twin, Marianne Dowdy, and Madeline Hamilton, both live in Wichita Falls.

Lechuga, 72, enjoys painting; he studied commercial art before leaving college after a year and joining the Air Force. He received an associate degree in general education from Los Angeles Metropolitan College in 1980, an associate in avionics systems technology from Community College of the Air Force in 1987 and a bachelor’s in industrial technology from Southern Illinois University at Carbondale in 1990. Lechuga belongs to the Vietnam Veterans of America, the Texas Association of Vietnam Veterans, the Disabled American Veterans and the Air Force Association.

“The reality of COVID has limited various celebrations, observances and holidays even. You can’t congregate in mass without fear of illnesses. That’s a fact of life right now,” he said. “So having said that, just like the recent inauguration, that’s not to say we should stop the celebration of the 50th anniversary completely because we can still celebrate through virtual means. From the social, human point of view, it’s much better or preferred to celebrate in person next to each other and be able to shake the hand of another veteran who served our country in Vietnam.”

Editor’s note: This is the 310th in a series of articles about Vietnam veterans as the United States commemorates the 50th anniversary of the Vietnam War.