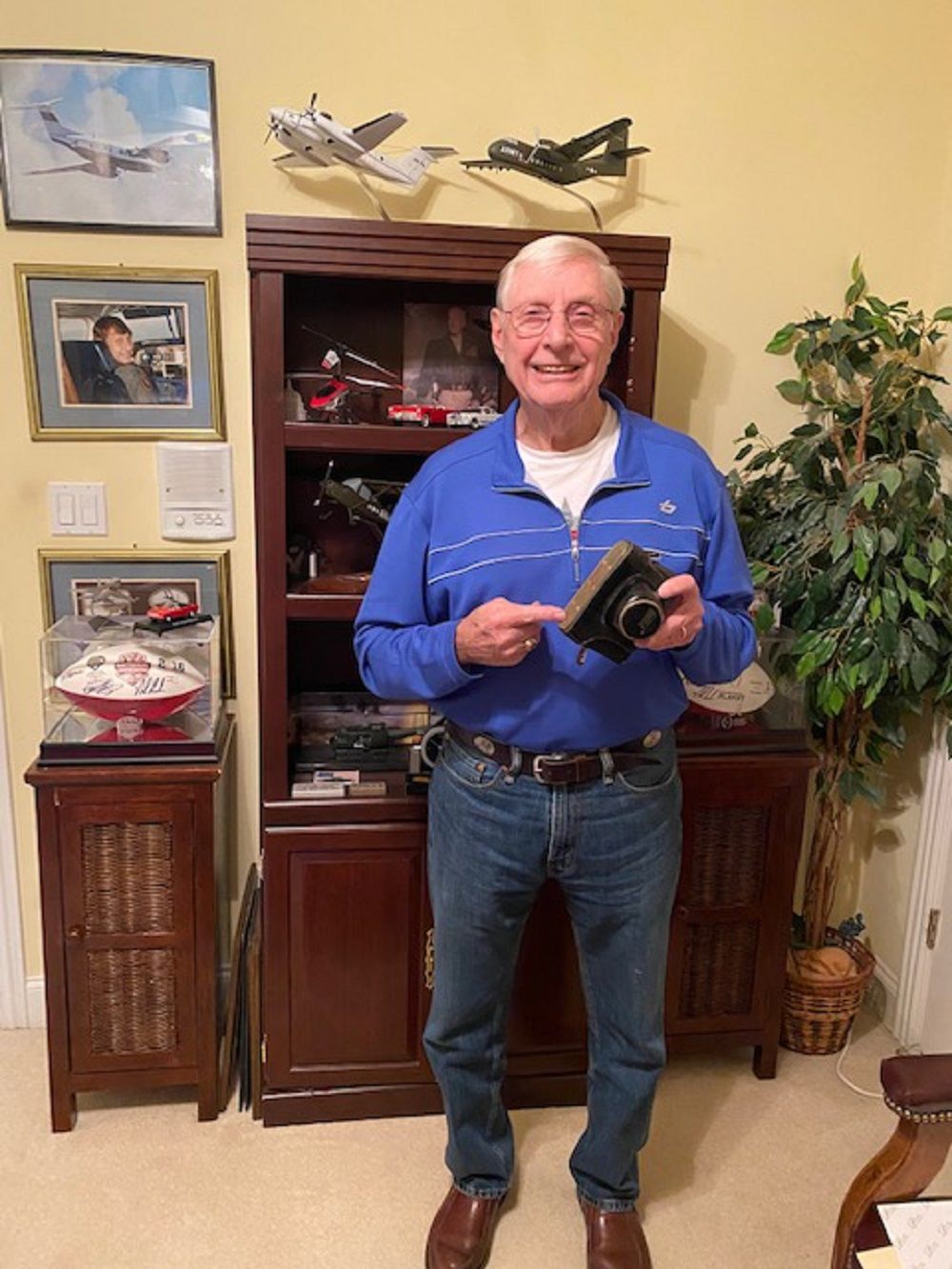 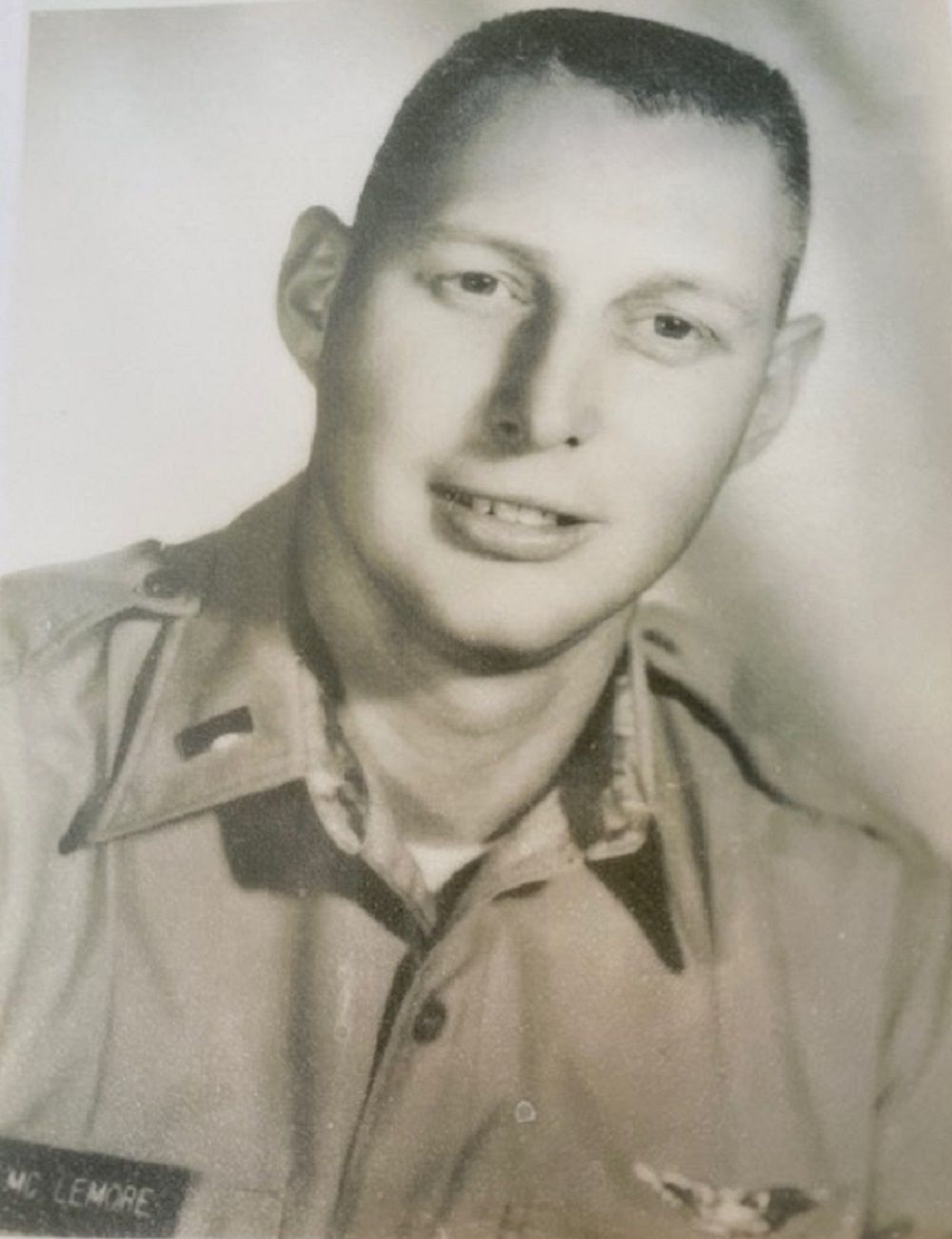 An old photo of a 5-year-old Mel McLemore in uniform provided a hint of his eventual profession.

He became a Soldier and he served two tours in Vietnam.

The Athens native treasures his friends from Athens High School, where he played football, and from his 30 years in the Army. He retired in 1991 as a colonel and he worked for the aviation industry until 2015.

“Life is really what you make it, what you contribute to it, and to your contribution to America, to the United States, to the nation. And of course concurrently with your family,” McLemore said. “And it’s the friends that you will make from your earliest memory in school, your college, your universities, your military career and industry. Those are friends you make and that you keep forever.”

After Athens High from 1952-56, he went to Florence State which in 1974 would become the University of North Alabama. He entered ROTC and became co-captain of the rifle team. McLemore was commissioned as a second lieutenant in 1960 at age 20 and graduated with a bachelor’s in business. While a Soldier, he would receive his master’s in management in 1974 from Troy University.

He was commissioned in the Signal Corps. After a one-year assignment, he entered flight school at Fort Rucker and graduated in November 1962. The young lieutenant joined the newly-activated 73rd Aviation Company and served his first Vietnam tour from May 1963 to May 1964.

“We were the first fixed-wing company that was assigned to Vietnam,” the Madison resident said. The company earned the Meritorious Unit Citation.

Based in Qui Nhon, he piloted a Cessna 0-1 airplane commonly called the Bird Dog. The light aircraft was used for surveillance. The two-seater had a Vietnamese observer in the back seat, an officer from the 9th Infantry Division of the Army of the Republic of Vietnam.

“We were always getting shot at,” McLemore recalled.

In August 1963, he flew a surveillance mission out of the Tau Hoa airfield with a Vietnamese lieutenant in the back seat. They were flying their usual low altitude, 1,500 feet, while watching an element of the division unit advance from the valley to the hills.

“Suddenly the whole aircraft windshield exploded,” McLemore said. “It came back on me and part of it on my observer. The windows and doors flew out. I took the evasive action to head back toward the coastline. I got the aircraft back under control and made it back. Of course I had to keep my observer calmed down. I knew the airfield had severe crosswinds from the coast. Fortunately I was able to land on a very short maintenance strip without further damage to the aircraft.”

The aircraft was repaired and returned to duty. There were no bullet holes. McLemore surmised that “we had a major bird strike, probably a hawk or something.” Fortunately he was uninjured, “just had a few scratches,” he said. He received the Army Commendation Medal with “V” device for valor.

His unit next deployed to Vinh Long for about four months in 1963 after moving with the Vietnamese 9th Infantry Division to the Mekong Delta. That Nov. 2, McLemore flew a senior Vietnamese colonel to Saigon for a conference. They landed at Tan Son Nhut Air Base. The Soldiers were told that all aircraft were grounded; so they got out and walked to a hangar. They watched in astonishment minutes later when the Vietnamese military conducted an air strike in support of a coup to overtake the then South Vietnam president. But the antiaircraft fire from the capital nearby began to rain shells on the airfield where many U.S. aircraft and crews were grounded for nearly an hour.

“We all had to take any shelter available until control was established by the new controlling military that was friendly with the U.S.,” McLemore said. “An exciting time to remember always.”

On the night of Nov. 22, McLemore and his fellow Soldiers learned that President Kennedy had been assassinated and they later learned that the United States would continue the buildup in Vietnam by President Johnson. He finished his tour in Nha Trang by taking single ship aerial photos of all the airfields and associate information for intelligence throughout South Vietnam for about two and a half months.

He joined the 11th Air Assault Division Test at Fort Benning, Georgia, where he transitioned to a multi-engine cargo aircraft named the Caribou CV-2. He flew the aircraft day and night operating from unimproved airstrips with heavy loads to test the Caribou’s capability, prior to deploying the aircraft to Vietnam. The aircraft and test proved successful.

McLemore returned to Vietnam as a captain from February 1967 through February 1968. He commanded the Army airfield operations unit for the 1st Aviation Brigade based in Nha Trang. The enemy’s Tet Offensive, which began Jan. 30, 1968, extended his tour another two weeks in February. “We all had to man our weapons around the airfield,” he said.

Most of his combat flight hours were in his first tour. McLemore finished with 954 combat flying hours and 22 Air Medals.

“It was a great experience. One that I wouldn’t trade for anything. Based on the people I served with and even the South Vietnamese for whom we were fighting for their freedom,” he said. “It was a proud time then. It was a proud time when we came back.”

During his Army career, he commanded at all levels from signal company, battalion and the Aviation-ATC Group. He was brigade selected to command the group after completing Air War College in 1981 and assignment at MacDill Air Force Base, Florida, as the commander of a special aviation unit supporting the four-star Readiness Command.

He and his wife of almost 59 years, Wanda, have two daughters and four grandchildren. Wanda was a safety model for the Army Aviation magazine for nearly four years in the 1970s. Their oldest daughter, Stormy Sandi Ripley, of Madison, served 26 years in the Army. The Panama veteran was selected NCO of the Year and she was brought to the White House to meet President George H.W. Bush. She went to flight school and became a Black Hawk helicopter pilot. After retiring from the military, she now works at Redstone as an Army civilian in the safety profession. Debbie McLemore Baugh, of Hazel Green, is a graduate of the Army War College and she works for the Aviation and Missile Command.

McLemore is president of the Army Otter Caribou Association. He serves as treasurer of the Vietnam Veterans of America, Chapter 511 in Athens. He is on the board of the Alabama Veterans Museum in Athens. He also belongs to the Army Aviation Association of America and the Vets With Vettes.

“I am so proud that our nation, the administration, has certainly recognized all of these veterans,” he said. “And of course we honor those that are on The Wall (memorial in Washington, D.C.). We’ll never forget them. And I have personal friends who are inscribed on that wall and who I served with in Vietnam. They are the real heroes.”

Editor’s note: This is the 269th in a series of articles about Vietnam veterans as the United States commemorates the 50th anniversary of the Vietnam War.