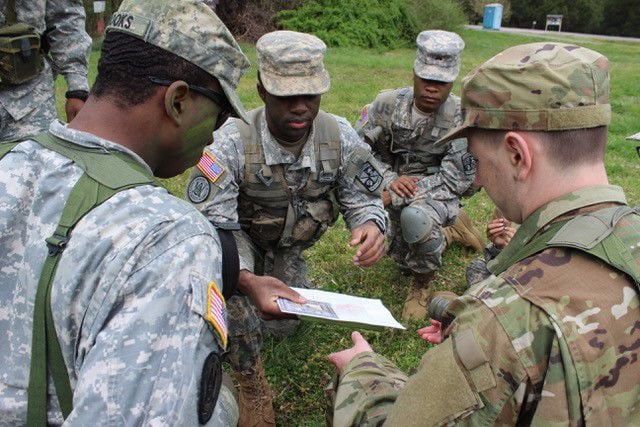 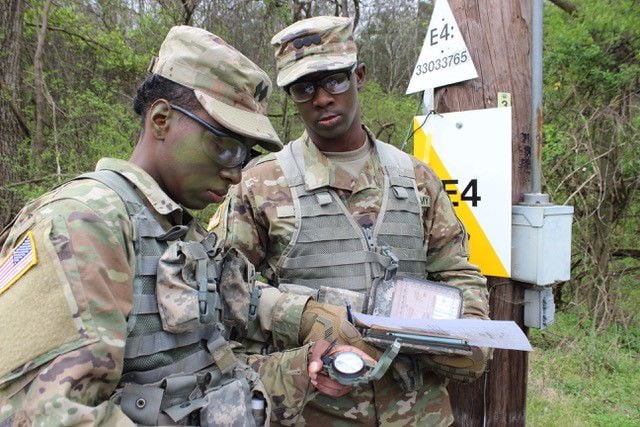 When she graduates from Alabama A&M University in May, the 22-year-old from Tuskegee will be the first person in her family to graduate college; and she will become the family’s first Army officer when she gets her commission.

For now, she’s focusing on finishing strong at the top of her graduating class and as a senior cadet. As part of her duties, Tyson helped set the course for land navigation training over the last weekend of March at Redstone Arsenal.

Cadets had to use the tools and work as a team to find multiple points, day and night, and participate in a night march as part of the training.

“It’s also a good confidence builder for them when they find a point,” Copeland said as cadets worked to determine their individual pace counts and used protractors with maps to come up with a navigation plan before they headed into the woods.

He said cadets have land navigation training once per semester at different installations. The last weekend in March is the second time they’ve trained at Redstone Arsenal.

“The program is to train our future leaders but I see them as our leaders of today,” Moore said.

Moore said A&M has a dual enrollment program that includes students from the University of Alabama in Huntsville and Athens State University. The Bulldog Battalion is also developing pathways for students at Oakwood University and Drake State Community and Technical College.

“If there’s an interest in becoming an officer or if someone doesn’t want to join the Army but is interested in leadership or just want knowledge of the military, there’s an opportunity,” she said.

“I want to serve my country so for me it was a no brainer,” he said coming off the training course.

Smith and Tyson will be among those who attend cadet summer training at Fort Knox, Kentucky. Smith hasn’t yet received his assignment; Tyson will be an ordnance officer with an aviation unit at Fort Hood, Texas.

Both are proud of their time with the Bulldog Battalion and to be a part of its history. Tyson said A&M’s ROTC program started in 1918 and has commissioned 949 officers during that time. She and Smith, along with 15 other cadets will increase that number when they graduate in May.

“Our slogan is #marchto1000strong,” Tyson said. “We are a leadership premiere program.”