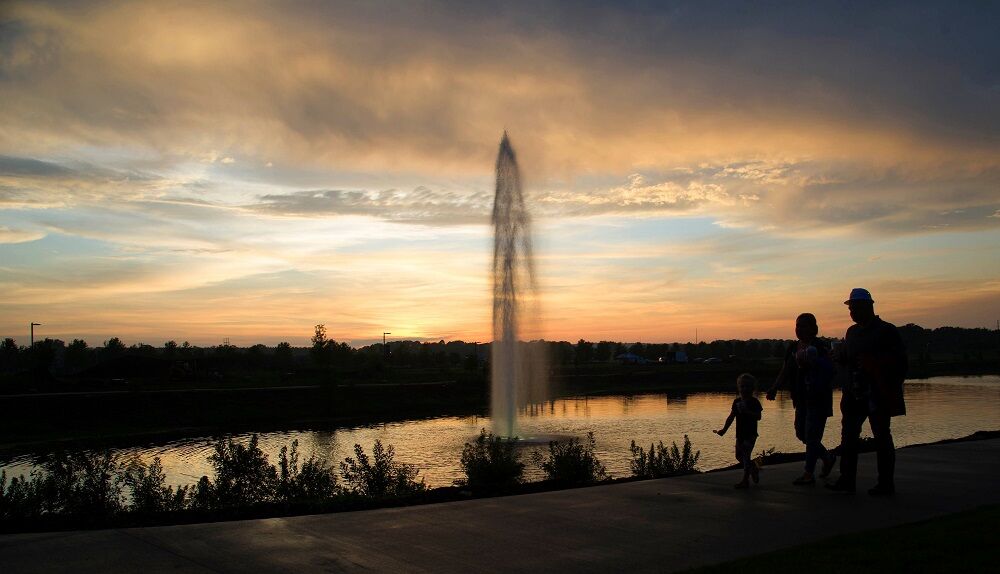 A family enjoys a lakeside walk at Redstone Gateway. 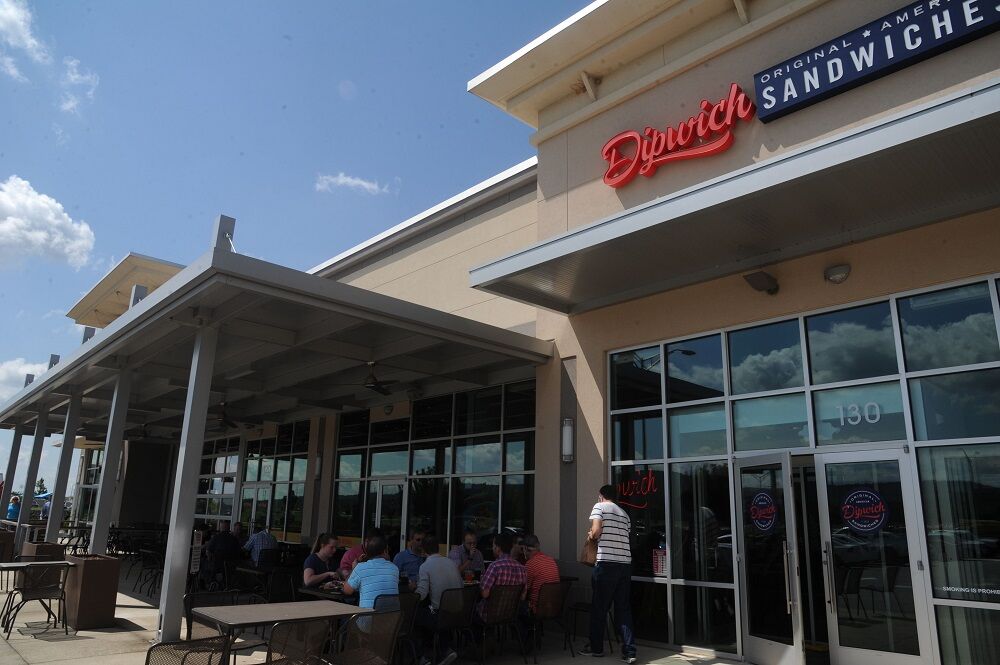 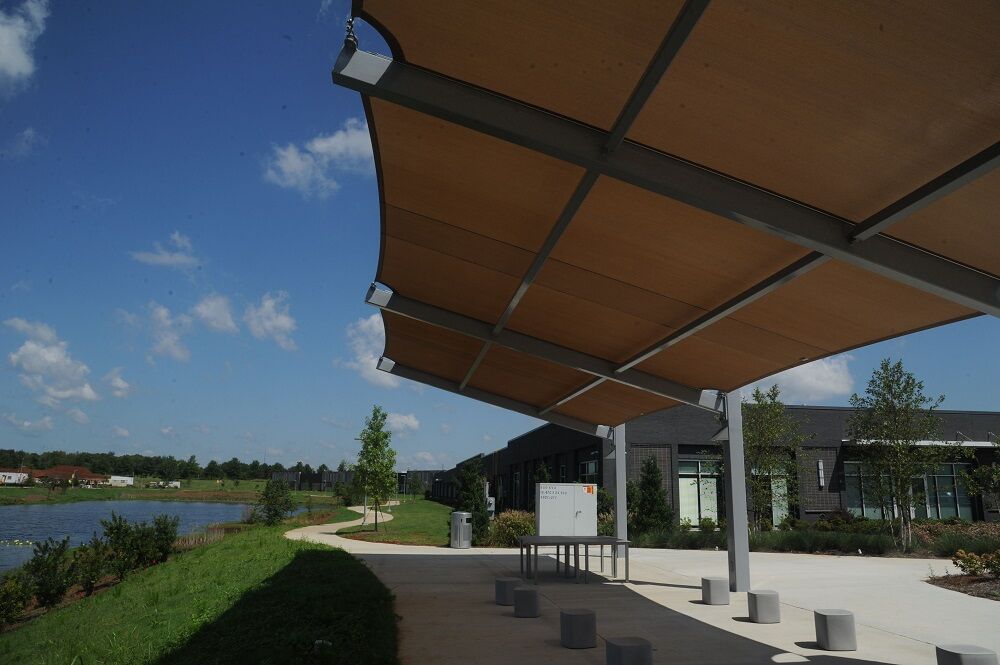 Recent improvements to the Redstone Gateway include gazebos, pergola and seating near the lake.

A family enjoys a lakeside walk at Redstone Gateway.

Recent improvements to the Redstone Gateway include gazebos, pergola and seating near the lake.

Build it and they will come.

The line made famous in the movie “Field of Dreams” seems to be the mantra for planners of the Redstone Gateway, a “Class A” office and technology park just outside the Arsenal’s Research Park Boulevard entrance at Gate 9.

James Lomax, director of asset management and leasing for Corporate Office Properties Trust, managing partner of Redstone Gateway, said “the 8000 building” at 8000 Rideout Road, a 100,000 square-foot, four-story building which was built on “spec,” is almost full.

Ground broke on the building in 2019 but “COVID-19 slowed things down a lot,” Lomax said. “Now it sits about 90% leased. There are multiple companies in there,” including Frontiers Technologies, an IT services and consulting company.

In other Redstone Gateway news, last month, KBR, a technology services company, announced plans to lease two buildings at the Gateway, a single story and a six-story, totaling over 180,000 square feet.

Other on-site amenities include Off Beat Coffee to-Go, a drive-thru/walkup sister of Campus 805’s Offbeat Coffee Studio; the recently opened Ardent Preschool and Day Care, a 22,000 square foot facility with 18 classrooms for children, from infants to preschool age; a conference and dining center (catered by the Gateway restaurants), and a 120-room hotel, Townplace Suites by Marriott.

Aesthetic improvements to the Redstone Gateway’s six-acre lake include the addition of gazebos, pergola, and a half-mile walking path that goes around the lake. The trail will eventually extend north to Madison Pike.

In his three and a half years at Redstone Gateway, Lomax said, the idea of what the project could be has transformed before his eyes.

“Absolutely, it’s exceeded our expectations,” he said, adding that local demand for upscale office space is greater than supply, with under 5% of Class A space currently available.

“The Huntsville market is tight in a good way,” he said. “There’s a lot of demand. In some other markets that’s not necessarily the case.”

Local leaders including those at the city, county, and Arsenal, have contributed to and supported the progress every step of the way, Lomax said.

For more information on Redstone Gateway, call COPT at 517-7023.