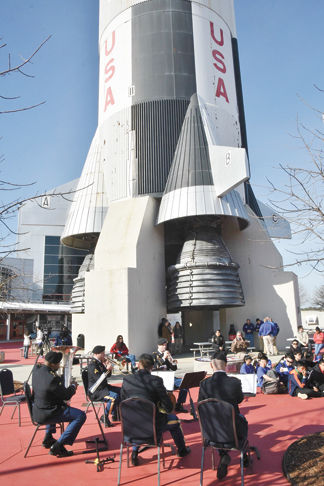 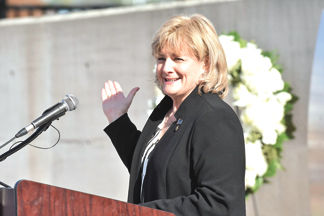 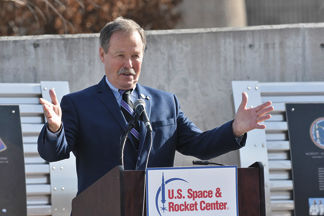 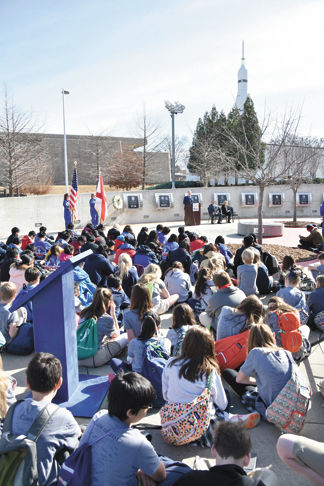 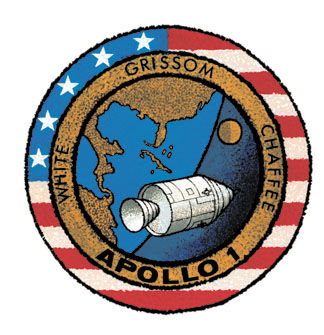 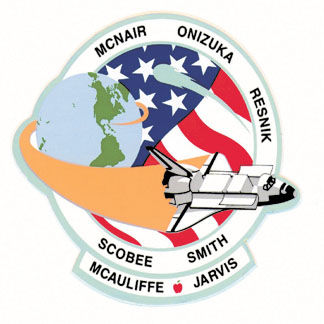 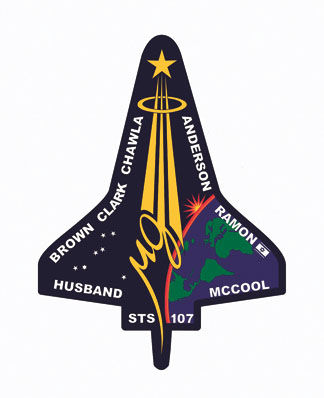 Not simply names on a building or a sports uniform, these local schools serve as a living legacy to the greatest sacrifices given to America’s space exploration. Marshall Space Flight Center and the U.S. Space & Rocket Center paid tribute to those sacrifices Jan. 31 as part of NASA’s Day of Remembrance, which each year honors the crews of Apollo 1 and space shuttles Challenger and Columbia.

“It is to remember the mistakes in the past and learn from them, but more so to remember the people, and we can be thankful for the legacy that they left us,” said former astronaut Robert “Hoot” Gibson, keynote speaker for the tribute held in the Davidson Center for Space Exploration’s Apollo Courtyard. Gibson, a member of the astronaut corps from 1979-95, commanded missions on both the Challenger and Columbia crews and participated in the investigation and the redesign of the space shuttle after the Challenger disaster.

“It is important that we celebrate their drive to discover and their passion for space exploration, particularly on this day of remembrance,” Marshall Space Flight Center Deputy Director Jody Singer said. Earlier that morning, Marshall employees held a candlelight ceremony in tribute to the astronauts.

Each year NASA centers across the country pause to pay respects to the men and women of those missions, whose sacrifices would build a better space program and whose legacy accompanies that program on its next grand adventure to Mars … and beyond.