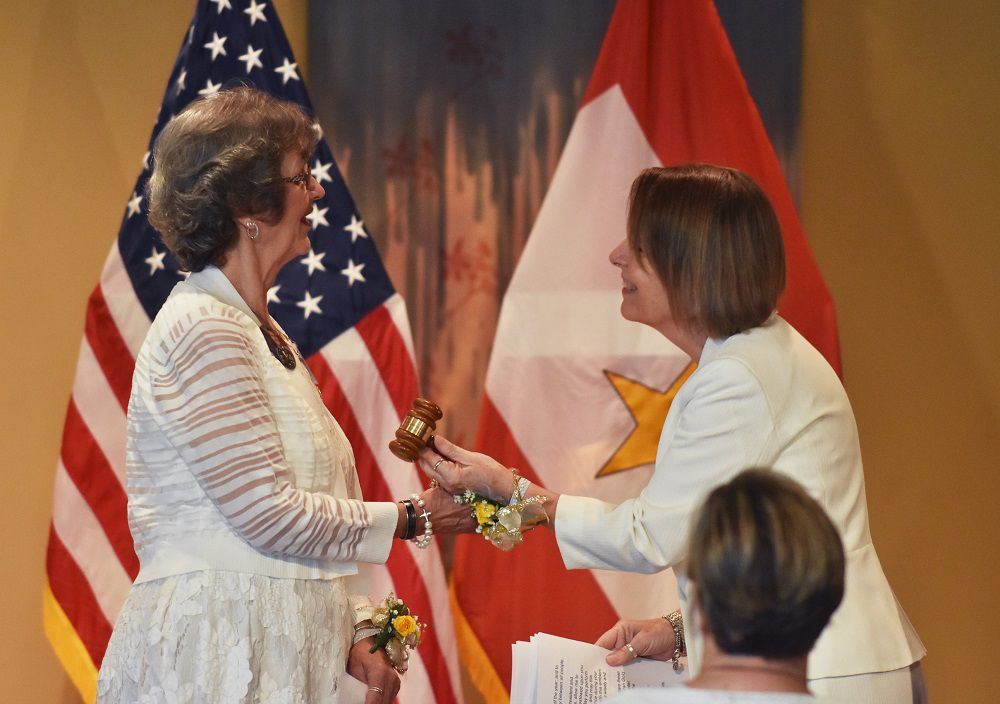 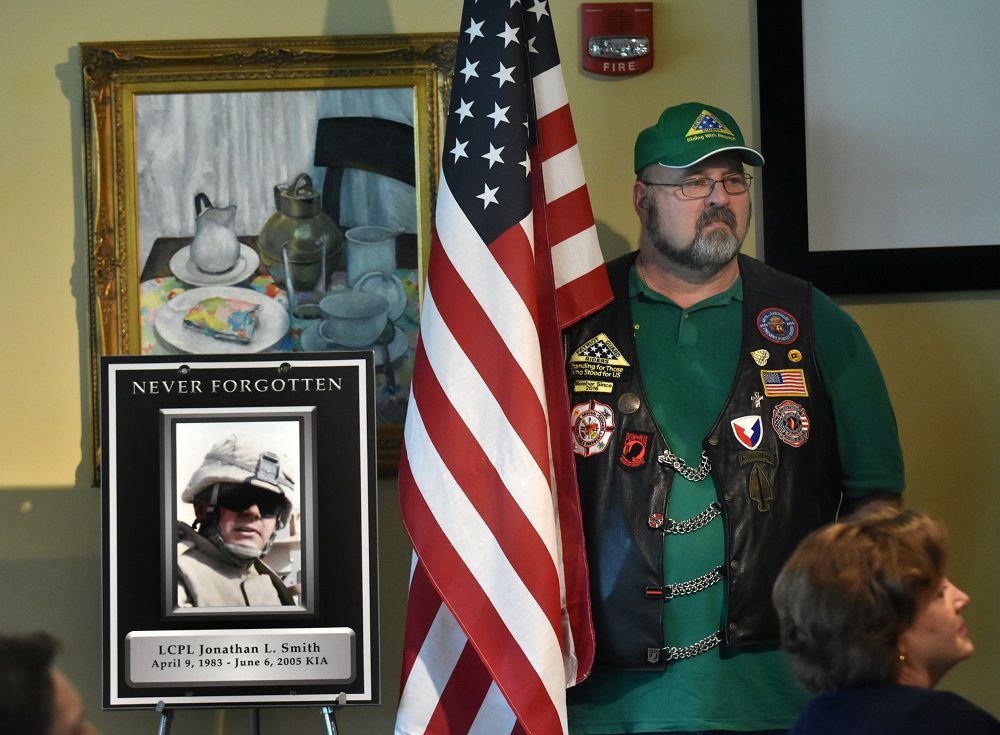 They are the mothers of heroes, but with their pride comes incredible loss.

The North Alabama Chapter of the American Gold Star Mothers Inc. was installed Saturday in a ceremony hosted by North Alabama Veterans and Fraternal Organizations Coalition and the Garrison’s Survivor Outreach Services. The ceremony, held in the Loretta Spencer Hall of the Huntsville Museum of Art, formally established the local chapter of the national organization that for 100 years has supported Gold Star families.

Annette Hall, president of the new chapter and mother of Staff Sgt. Jeffrey Hall, said that together its members will help each other “down this bumpy, bumpy road.” She also pledged the group’s commitment to honoring fallen service members and ensuring that they and their sacrifice are never forgotten.

Although officially receiving their charter from Congress in 1984, AGSM traces its roots back a century.

“During World War I, American women who had family members serving their country wore a blue star around their left arm,” NAVFOC’s Emo Furfori said. “As this conflict progressed and the number of dead escalated, mothers wanted to express their loss, as well as the pride and honor they felt for their country. A suggestion of sewing a gold star over the blue star was made by the Women’s Committee of the Council of National Defense. This group presented the idea to President Woodrow Wilson and the practice was adopted in 1918.

“On June 4, 1928, 25 mothers in Washington, D.C. banded together to form a nonprofit organization recognized as the American Gold Star Mothers. This group espoused all religious faiths and political beliefs, and by Jan. 5, 1929, they incorporated. Eventually each state would organize their own chapters and affiliate with the members from Washington.”

SMDC/ARSTRAT Commander Lt. Gen. James Dickinson, whose organization has long championed the SOS program on Redstone, told the crowd that SMDC/ARSTRAT’s work with SOS and Gold Star families has been both inspiring and personally gratifying for him and his wife, Angie. He praised the new chapter for continuing the legacy of their children’s selfless service.

“We are in awe of what you do and what you will do in this new chapter,” Dickinson said.