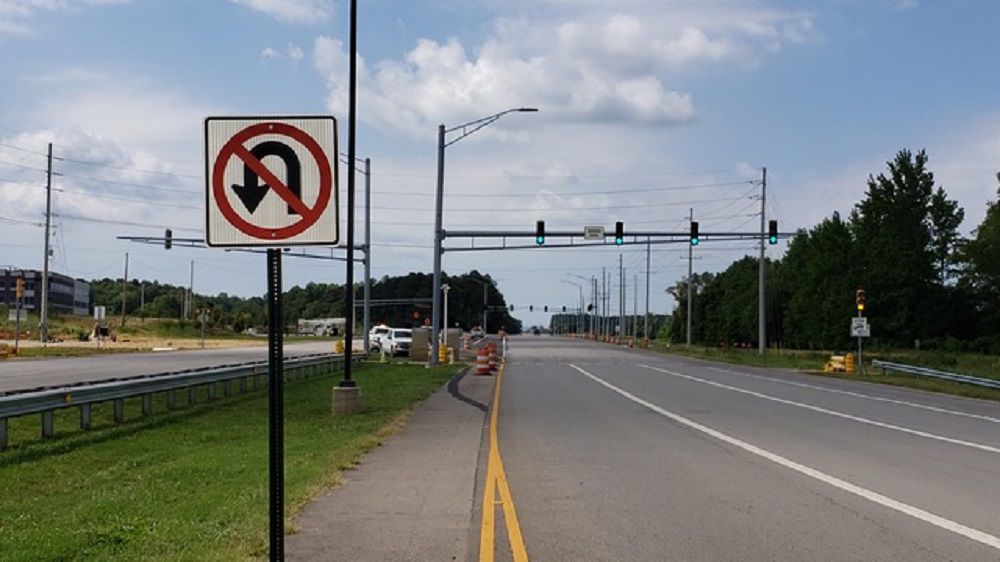 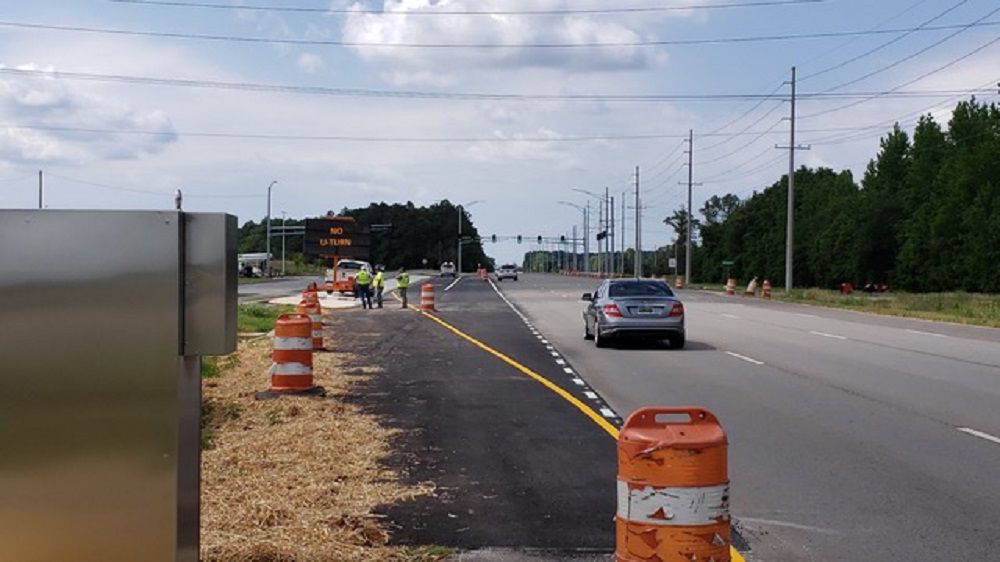 There’s a new intersection just past Gate 9 on Redstone Arsenal that has specific rules – no U-turn allowed.

Some motorists see the new left turn lane on Rideout Road at Secured Gateway as a potential shortcut to drive north to access Golf Road. However, U-turns are not allowed at the intersection, which is only for access to a new road, Secured Gateway. The new road leads into a secured office park that is part of the new Enhanced Use Lease development at Gate 9.

“The new intersection is up and running, and while it is clearly marked to indicate it is a ‘No U-turn’ intersection, we’ve observed multiple folks doing U-turns,” Glen Strobach of Directorate of Public Works said. “Patrols have been running out there periodically and stopping people.”

Meanwhile, permanent signage and temporary digital signage is currently up to alert drivers about the rules before they reach the new intersection.

“It’s pretty self-explanatory but we’re trying to get the word out every way possible,” Strobach said.