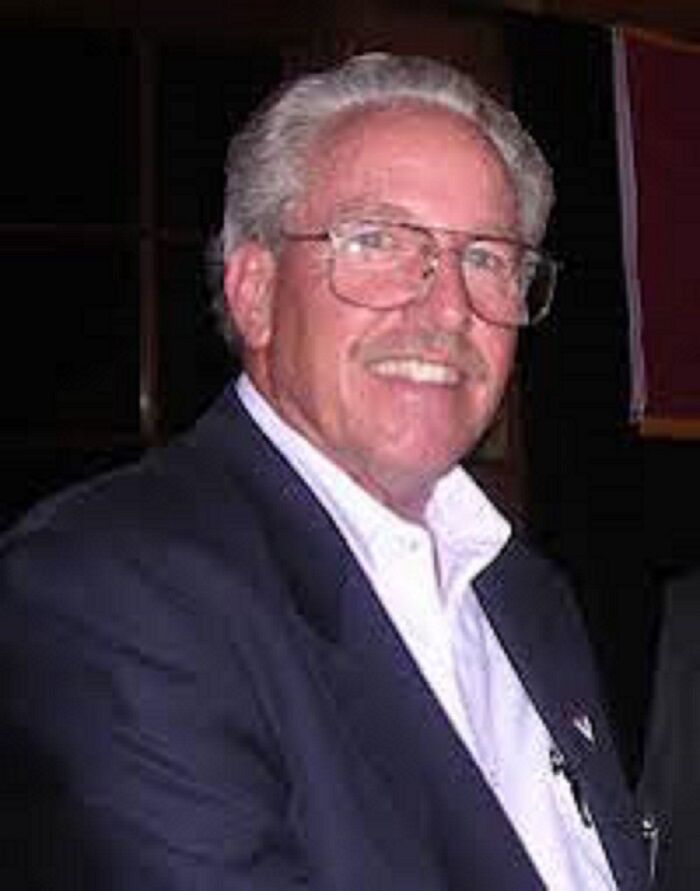 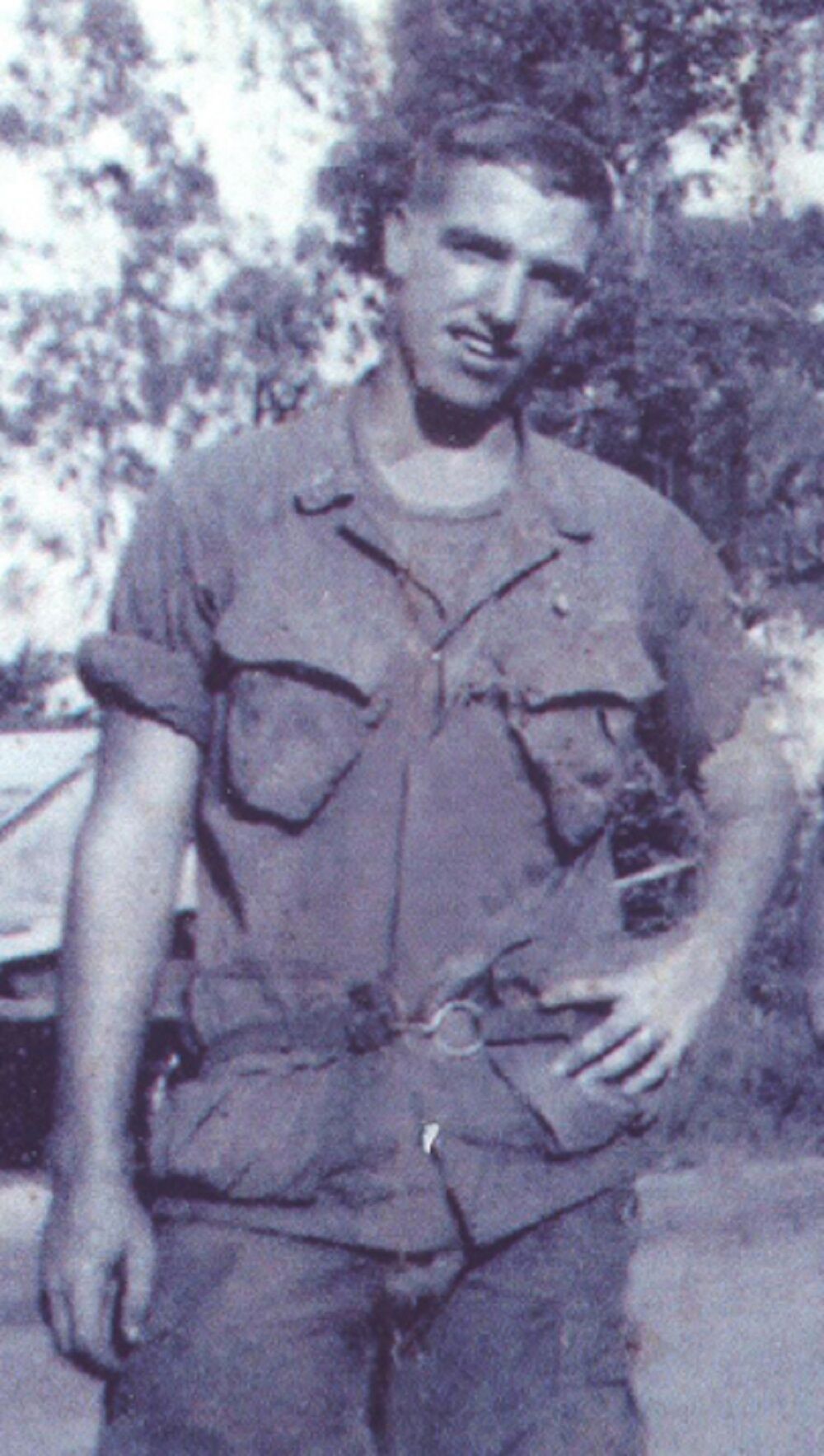 Nicholas Warr found a good job at a plywood mill after dropping out from the University of Oregon. He bought a Corvette and enjoyed being young and single. But he reached a crossroads while driving in Eugene, Oregon, early one Sunday morning in 1966.

He saw a dazed co-worker wandering the streets and made a decision.

“I didn’t want to spend the rest of my life working at a plywood mill,” he said.

Warr joined the Marines in June 1966 and he earned his commission through the Enlisted Commissioning Program. The Coos Bay, Oregon, native arrived in Vietnam on Nov. 15, 1967, as a 22-year-old second lieutenant.

He became a platoon commander with the 1st Battalion, 5th Marine Regiment, in I Corps which was the northern of four territories. He spent the next 13 months in an infantry unit that took part in some of the fiercest fighting of the war, including the Battle of Hue.

“It’s like the first line of a Tale of Two Cities,” the Grants Pass, Oregon, resident said of his year at war. “It was the best of times and it was the worst of times. And everything in between. It was a hard time. I think I was better prepared than most because I was enlisted. I was an enlisted Marine.”

He saw nearly nonstop fighting while constantly on patrol as a platoon commander the next eight months. He was in the ancient city of Hoi An from Nov. 15 until Christmas Day, 1967. Next his unit moved to Phu Loc 6 until they left Feb. 11, 1968. That Jan. 7, the enemy attacked in what later was deemed a signal in advance of the Tet Offensive on Jan. 31.

“We lost a lot of good guys from incoming mortars and recoilless rifles. It was pretty bad,” Warr said. When the Tet Offensive launched Jan. 31, his unit was at Lang Co Bridge which did not see action that day.

They saw plenty of fighting when they arrived Feb. 12, 1968, in Hue, nearly two weeks into the battle that lasted from Jan. 31 until March 5. His unit entered the battle with 51 men and was down to 22 after one day of fighting.

“I lost 60% of my guys in one day. It was nonstop urban warfare like World War II,” Warr said. They were hampered by their initial rules of engagement to use only small arms in the ancient city – no air strikes or artillery. After three and a half days of carnage, the rules were changed.

“You bomb, you blast, you burn and then you start shooting,” Warr said, explaining the revised rules. “That was after three and a half days. We could start shooting our heavy weapons.”

But his unit ended up with 11 men March 5 after two weeks of fighting. They returned to Phu Bai, a logistical base, to replenish and reload. Their next assignment was guarding a stretch of highway called Highway 1 leading into Phu Bai. They saw major and minor battles there from March-July 1968. Next they moved south of Da Nang to the An Hoa combat base where they stayed in the field for three months.

“We were out there in October when a typhoon came through,” Warr said. “It rained 24 inches in one day and the entire base was flooded. Nobody could move for a week (including the enemy). It was a nice week off.”

After 11 and a half months of combat, he was sent to the headquarters at 5th Marine Combat Base in An Hoa to finish out his tour as the legal officer for the 1st Battalion, 5th Marines. He returned to the United States in December 1968 and spent 15 months at Camp Pendleton, California, before leaving the Marines in March 1970 as a first lieutenant.

“I was in a battalion that was considered the most highly decorated Marine battalion in the Vietnam War,” he said. The 1st Battalion, 5th Marine Regiment, received the Presidential Unit Citation which was for the Battle of Hue. Warr also received the Combat Action Ribbon.

He wrote his first book about the Battle of Hue. “Phase Line Green; The Battle for Hue, 1968” was published in 1997 by Naval Institute Press. His second book, “Charlie One Five,” was published in 2013 by Texas Tech University Press.

The Battle of Hue is his most vivid memory from Vietnam, Warr said.

“Two things: Number one, my eyes were wide open after that battle that our leaders didn’t necessarily do the right things at the right time and we had to fight our way out of it,” he said. “The second thing, and probably the most important thing, was how my Marines responded to that situation. Did they gripe and complain, you bet they did because it was stupid. But every single time I gave the order to attack, they didn’t hesitate. They stood up and attacked. And they did it for their brothers. I saw some amazing things that can’t be explained in any other way than love for your fellow man.”

Warr, 75, is retired in Grants Pass where he resides with his wife of two years, Susan. They have a combined five children – two girls and three boys – and four grandchildren. Warr is writing his third book and he is working on a documentary. He planned to visit Huntsville to be the guest speaker at the 50th Anniversary of the Vietnam War Lecture Series but this year’s event was canceled because of the pandemic. He plans to make next year’s event.

“I’m very proud to have served our country and served in the Marine Corps at a very challenging time in our nation’s history,” Warr said. “I think it’s one of the best things I did as a young person was go into the military and serve my country. And I’d do it again if called.”

Editor’s note: This is the 295th in a series of articles about Vietnam veterans as the United States commemorates the 50th anniversary of the Vietnam War.