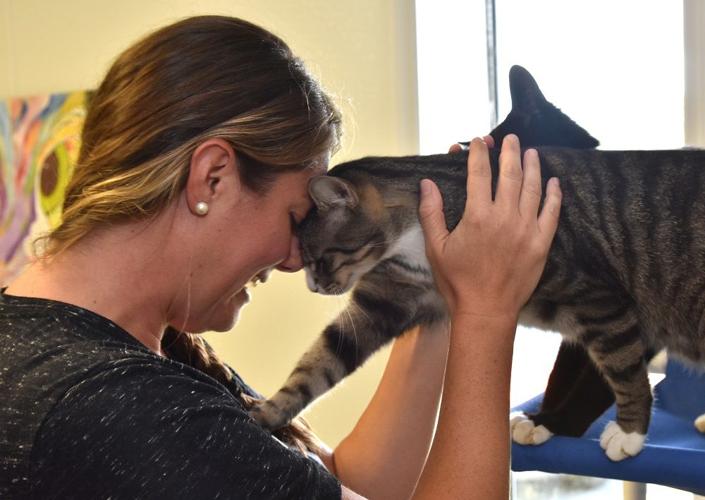 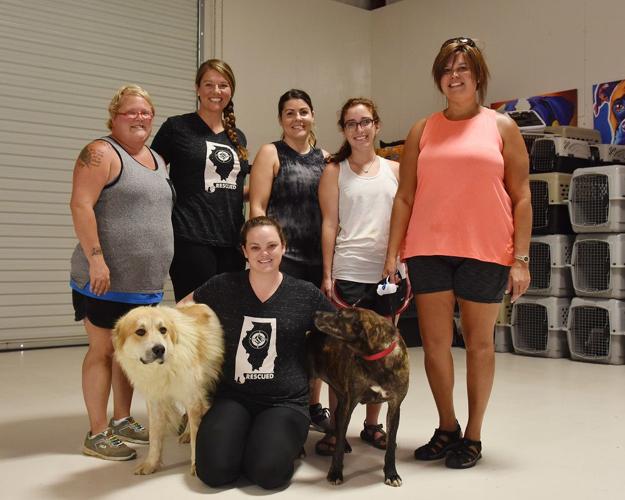 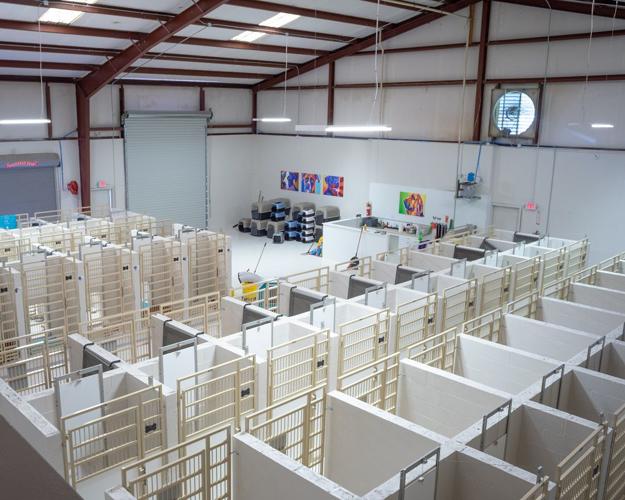 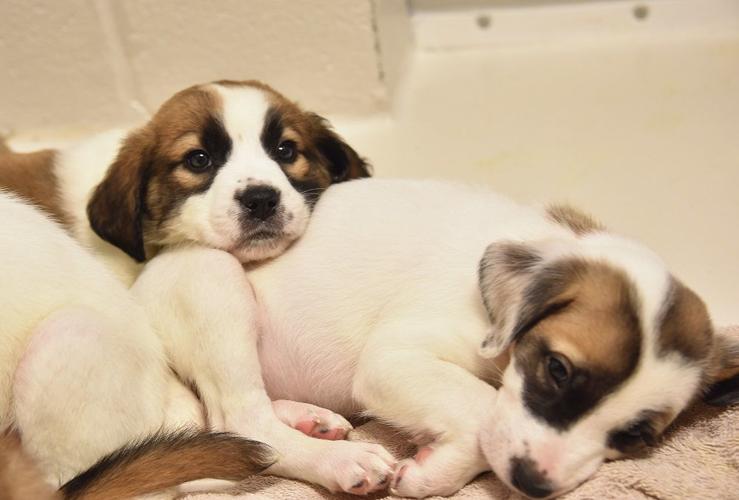 Alabama has an animal problem.

More to the point, the Southeast United States has an animal problem. According to the American Society for the Prevention of Cruelty to Animals, more than 6.5 million animals enter shelters every year. 1.5 million never leave. But this epidemic is not nationwide. In fact, there is a shortage of adoptable pets in certain areas of the country. That is where Felines & Canines Hunter Stephenson Rescue Center steps in.

Center director Bethany Marbut was happy in 2017. She was content in her job at the Aviation and Missile Command with a new promotion. She and her husband had just built a new house. When not at work, Marbut spent her spare time fostering and volunteering with Friends of Rescue, the organization she founded in Huntsville in 2009. But Marbut had this sense that she could have a stronger impact doing what she truly loved – helping abandoned animals.

“Felines & Canines in Chicago reached out to Friends of Rescue that they were looking to bring more animals up their way and address the disparity with numbers,” Marbut said. “There are so many (abandoned animals) down here in the South and so many adopters up North looking to help with rescue. They just don’t have the overpopulation we do. … They have much stricter spay and neuter laws, they have much stricter licensing and because people live in multi-family housing, they don’t have free roaming animals that are not spayed and neutered.”

Marbut researched Felines & Canines to determine if they were reputable and what she found would change her life.

“They had this amazing facility in Chicago and I was immediately blown away by that,” Marbut said.

She shared with the Chicago rescue her organization’s challenge of operating a rescue without a facility and their dependence on foster families. They created a plan to raise money via Facebook for a once-a-month transport to take their foster animals to Chicago.

“We started doing this and people were thrilled,” Marbut said. “People lined up outside their doors – sometimes in the Chicago snow – to adopt these dogs. Dogs that were overlooked in our shelters were hot commodities there.”

The team at Felines & Canines broached the idea of a permanent transportation hub located in Huntsville which would enable Marbut and the other volunteers to branch out to surrounding communities to rescue shelter dogs and cats. With a vibrant animal volunteer community in Huntsville, they knew that it was the surrounding shelters in rural communities that needed their help.

“It was very slow going at first and very discouraging,” Marbut said. “Because you feel like you have this concept that will save thousands of lives and all you need is money to make it happen.”

But then as word of their successful adoption strategy spread, donors wanted to support. Marbut resigned her position at AMCOM to support her new mission and in 2018, Felines & Canines Hunter Stephenson Rescue Center opened its doors in Owens Cross Roads, employing a small team with big hearts for animal rescue. The organization was named in memory of the son of Candy Stephenson, one of its staunchest supporters and volunteers.

Saving animals is a family affair with Marbut enlisting the assistance of her sister Rachel Beard. When not at her job at AMCOM Logistics Center assigned to Lower Tier Project Office, Beard can usually be found helping at FCRC as its volunteer coordinator.

“Volunteering has definitely opened my eyes to my passion for helping animals,” Beard said. “I feel a sense of purpose in utilizing my talent of making videos to assist in spreading awareness of their mission. Since FCRC isn’t an adoption facility open to the public, I feel like it is important to create videos that will show the general public the work they are doing and all the lives they are getting to save with the processes they have in place.”

Beard isn’t the only member of Team Redstone spending their off hours helping four-legged friends. Security Assistance Command employee Lauren Cobb found that fostering animals helped her heal from losing her own feline family member. Sometimes the center has animals which are not ready for transport due to health or behavioral issues, and are always in need of foster parents to care for animals that need a little extra TLC.

“Rescue is important because it gives animals that end up at shelters through no fault of their own a chance at life,” Cobb said. “Alabama has an abundance of animals and a lack of abundance of homes – not only does rescue save animals that are at high risk of not being adopted, many of which have easily fixed ailments but may get overlooked due to those ailments, but rescues spay or neuter which is a very humane and helpful way to help decrease the overpopulation of animals and the number of animals that end up at the shelter.

“Rescue can, at times, be hectic, but it can also be very rewarding. Sometimes you get very attached to the animals, and sometimes you feel grateful that they’re going somewhere that’s a better fit for them than what you can provide. Luckily, my husband is fully onboard with rescue and is a saint when it comes to dog-related care and issues. We definitely have a fuller, messier and cuddlier household than we would without rescue.”

The center offers a variety of volunteering opportunities in addition to fostering. Whether it is walking the dogs, helping in the cat room or spending time throwing a ball outside with one of the canine guests, Marbut welcomes anyone who wants to help. She said the main goal of the center is for its animals to find forever homes and sometimes socialization can be the key to that success.

One year after opening its doors, more than 3,200 cats and dogs have been saved. FCRC now transports animals to Illinois, Massachusetts, New York, Pennsylvania, Indiana and other locations in the Northeast and Midwest.

“It is crazy because they all need the animals and they are excited,” Marbut said. “Our parent organization was only going to take animals from us every two weeks and we are sending a truck once a week because they are able to get the dogs adopted that quickly. Right now, they are sitting with one dog in their shelter and it is because she had surgery a few days ago – that is the only reason she hasn’t gone to a home. They are literally waiting on our transport, they will do adoptions all weekend.

“A friend of mine said that going (to the Chicago facility) should be on every animal rescuers bucket list because you just don’t know from being here in the South where animal rescuers are just run down, fatigued, tired,” Marbut said. “When we go to some of our shelters, we can empty 10 kennels for them by taking 10 dogs and by the time we leave, those 10 will be full. It just feels like this never-ending battle. I think we are making progress, don’t get me wrong, but I feel like we are a long way from fixing the problem. For the animals that already exist, the progress doesn’t matter. So it is unbelievable when I go there because it is unreal to see these people so excited for these animals. Animals which were just discarded here are treasured there.”

To find out more about Felines & Canines Hunter Stephenson Rescue Center and how to support their cause, visit www.fcrescuecenter.org/.