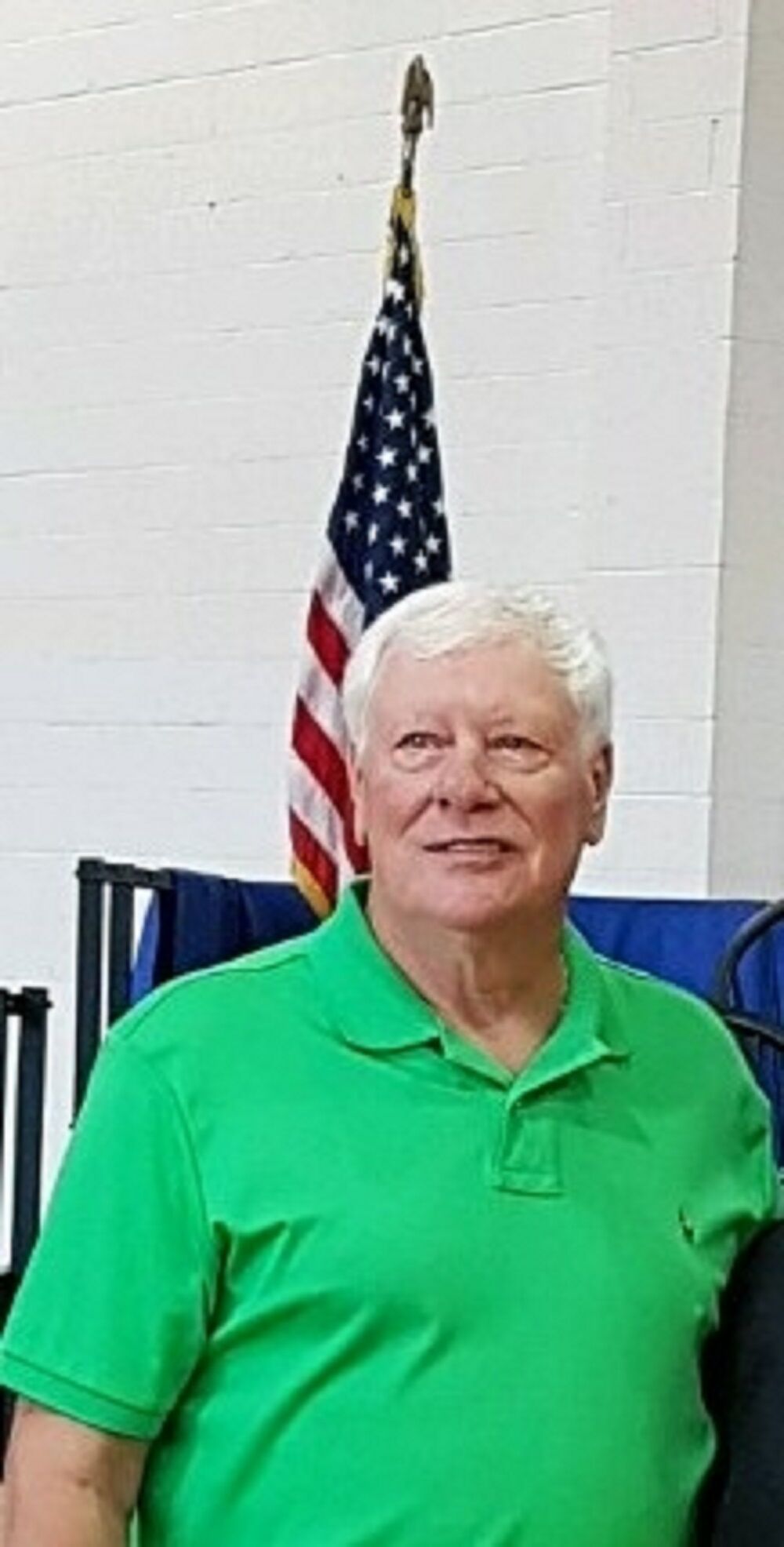 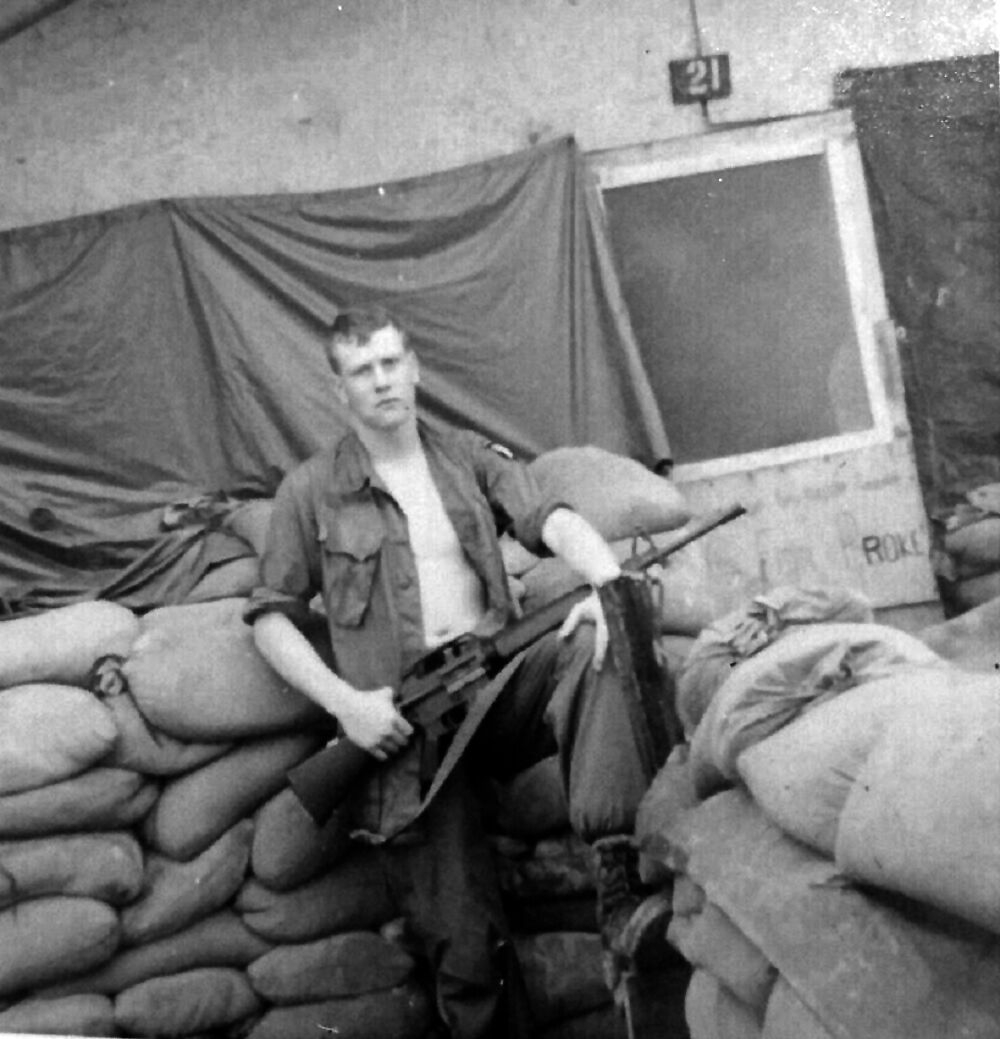 That’s because the 19-year-old Decatur native was assigned in January 1969 to a helicopter unit at Camp Evans. It was a remote base 30 miles north of Hue and about 20 miles from the Demilitarized Zone. He saw more action there than he did the rest of his yearlong tour.

“The other nine months went pretty well, nothing like the three months I was at Camp Evans,” Cowan said.

The specialist four was promoted to sergeant and then assigned to Hue and Phu Bai. He was still with the 101st Airborne Division but he became a technical supply sergeant. He had six Soldiers under him who he assigned to do guard duties during the week. This was a larger base with more protection. So his role was ensuring the Chinook helicopters were ready to fly and to replace parts when necessary.

In contrast, Cowan spent his three months at Camp Evans mostly filling sandbags, performing guard duty and other duties, and dodging 122mm rockets from the enemy. “We had a lot of incoming,” Cowan said.

Surrounded by mountains, the base was a prime target for rocket attacks. The enemy targeted the five gunships on the unit’s helipad.

“We had infiltration of our perimeter lines a couple of nights while I was on guard duty,” Cowan said. “We were on full alert one night. We were expecting to get attacked. It rained all night on us.”

Late one night in March 1969, a firefight lasted about 30 minutes. Three Soldiers on guard around the helipad were seriously injured by a 122mm rocket.

“The same night they hit our PX with a 122 rocket. And I was on guard duty that night. I could sat there and watch it burn,” Cowan said. Fortunately the store was closed at the time so no one was injured – except for the three Soldiers at the helipad.

He lost three good friends who were crew chiefs in Huey helicopters that got shot down in three separate incidents in February 1969 while he was at Camp Evans.

Cowan served in Vietnam from January 1969 to January 1970. He was with the 158th Aviation Battalion which formed at Fort Carson, Colorado, where it spent nine months before deploying to Vietnam.

He received the Vietnam Service Medal, the Good Conduct Medal and the Bronze Star.

“It was something, a bad experience, but I was just there to do my time,” Cowan said. “Good Soldiers go where you’re supposed to and do what you’re told to do.”

But when he returned to the U.S. in 1970 he saw antiwar protesters outside the airports in Seattle and Denver. The groups of 10-15 people were carrying signs. “They didn’t really harass the Soldiers that were going through,” Cowan said.

He was the youngest of five children – three boys and two girls – of a construction worker. He graduated from Decatur High School in 1967. After seeing his older brother get drafted the year before, Cowan went ahead and enlisted that July. He left the Army as a sergeant in January 1970.

The Madison resident retired from the Postal Service in 2006 after 33 years. He spent most of that time at the general mail facility in Madison. But he did fill in when necessary as a relief clerk at the central mail stations at Redstone from 1985-90. Cowan has a part-time job as a route representative two days a week for central Tennessee for Oral Arts, a family-owned dental lab in Huntsville.

He has two sons – Jeremy, of Moulton, and Jason, of Gardendale – and a grandson, Logan, who attends the University of Alabama in Huntsville.

Cowan, 71, is in his 16th year of playing in Huntsville Senior Softball. He plays for the navy blue team in the 55-and-over Rockets league and he also plays in the 63-and-over league. He spends two days a week working on his 30-acre farm in Lawrence County.

“I think it’s a big honor to Vietnam veterans,” Cowan said. “They really haven’t gotten the credit that they’ve been due. They sacrificed their lives but didn’t get credit. This is something so we’ll get a little recognition.”

Editor’s note: This is the 293rd in a series of articles about Vietnam veterans as the United States commemorates the 50th anniversary of the Vietnam War.