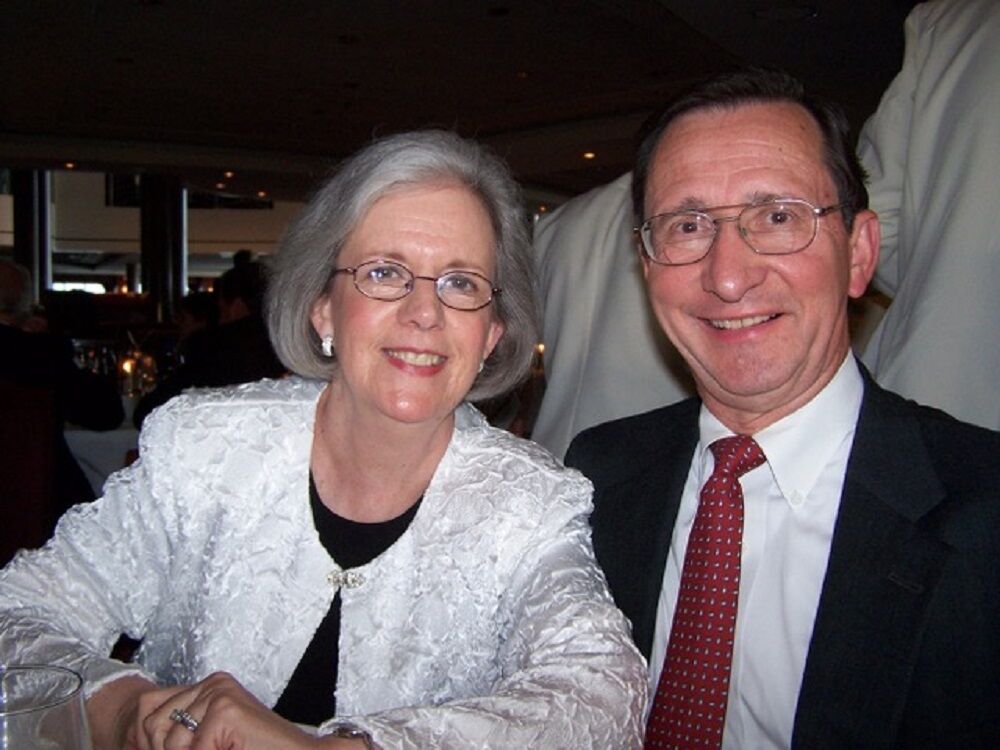 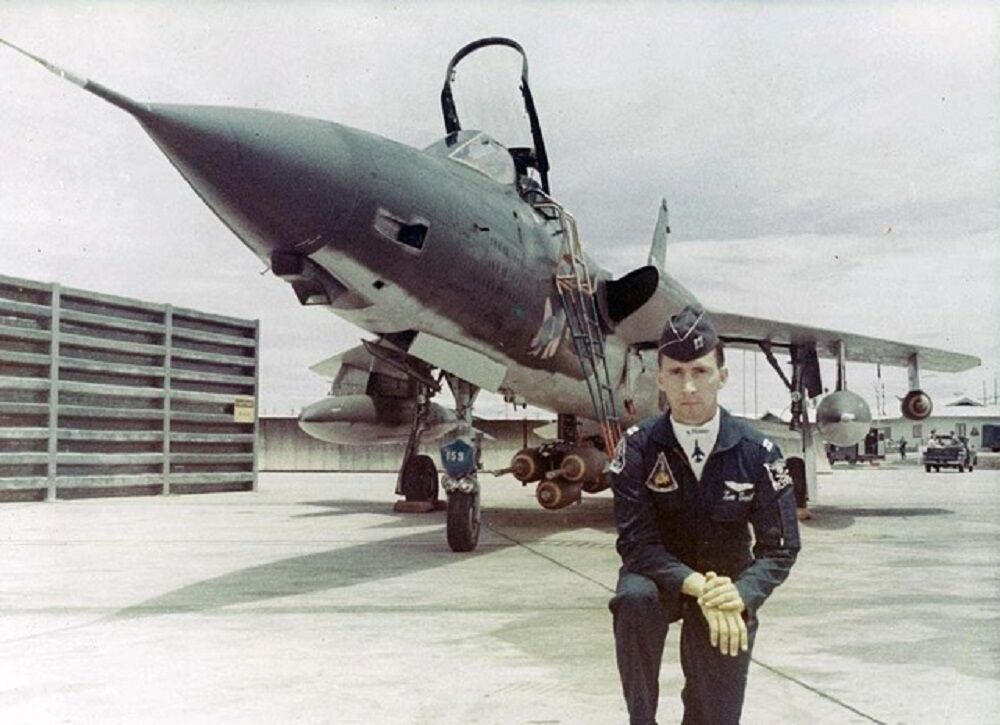 In 1969 Capt. Lee Smith was a combat fighter pilot with the 354th Tactical Fighter Squadron based in Takhli, Thailand. 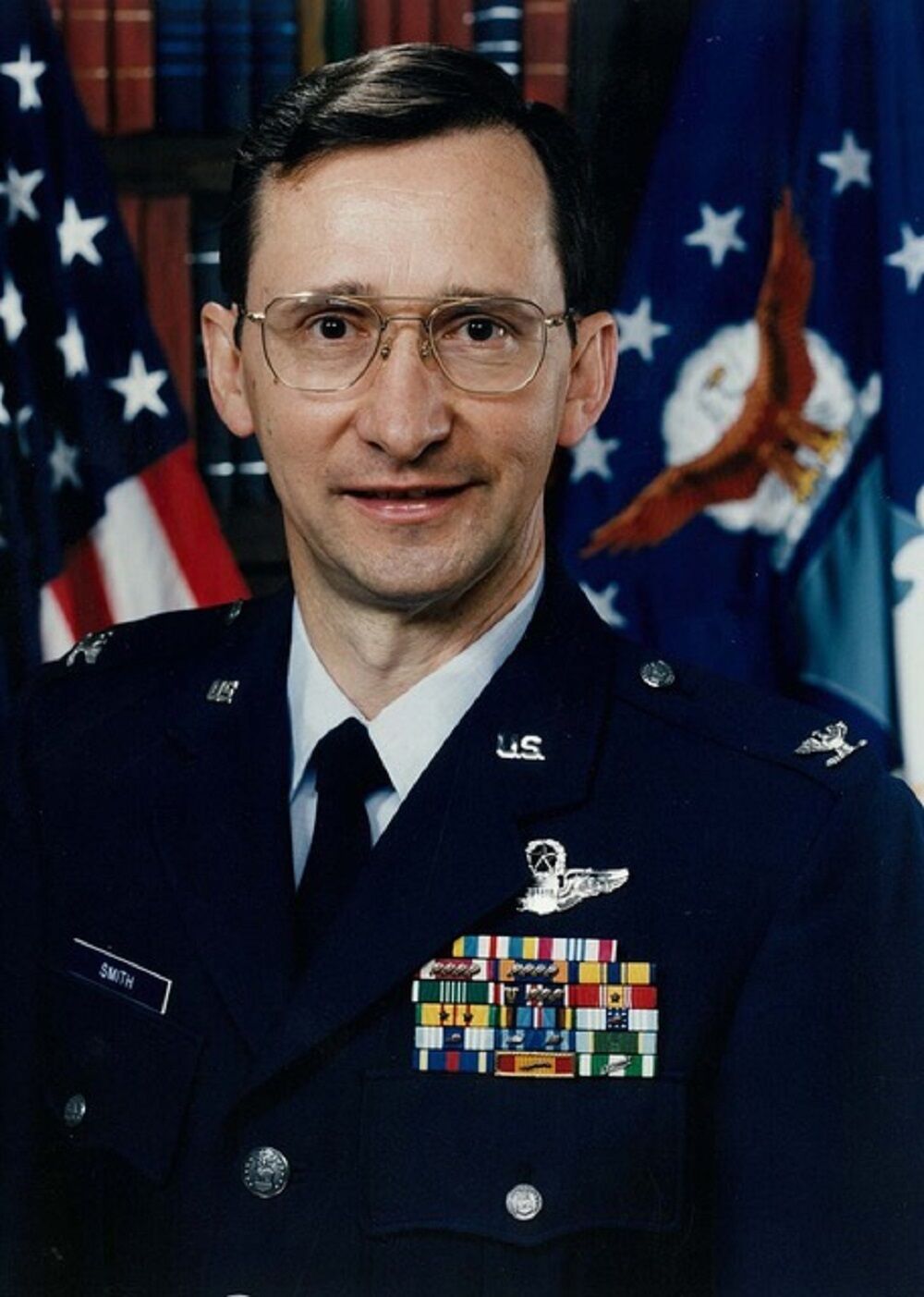 In 1987 Col. Lee Smith was stationed at Kelley Barracks in Stuttgart, Germany.

In 1969 Capt. Lee Smith was a combat fighter pilot with the 354th Tactical Fighter Squadron based in Takhli, Thailand.

In 1987 Col. Lee Smith was stationed at Kelley Barracks in Stuttgart, Germany.

Lee Smith had big aspirations while growing up in the small community of Harvard, Illinois, 60 miles northwest of Chicago.

“In 1962 I went to the Air Force Academy because I wanted to be a fighter pilot,” the retired Air Force colonel said.

He graduated in 1966 with a bachelor’s in engineering and then received his master’s from Purdue in 1967. He completed his pilot training at Reese Air Force Base in Lubbock, Texas, in April 1968. Next he had about a year of advanced training at McConnell Air Force Base, Kansas.

Capt. Lee Smith was 25 in 1969 when he became a combat fighter pilot with the 354th Tactical Fighter Squadron based in Takhli, Thailand. From June-December 1969, he flew 84 combat missions in the F-105D single seat fighter/bomber.

These were daytime missions over Laos, South Vietnam and North Vietnam. Normally they flew in formations of two or four F-105 Thunder Chiefs.

“It was less threatening than many others faced, particularly the F-105s that bombed Hanoi,” Smith said. His squadron of about 30 pilots was among three squadrons in the 355th Tactical Fighter Wing, so there were about 100 fighter pilots stationed at Takhli at any given time.

During Smith’s six months at war, eight pilots in his squadron were killed in action.

Smith, who resides in Madison, said he did not get shot down or injured but did have two significant emergency landings. He said he most remembers “the camaraderie with the other fighter pilots.”

He received five Air Medals. After Thailand he returned to Reese Air Force Base, where he had received his pilot training, and became a T-38 Talon instructor pilot.

Smith went on to serve 26 years in the Air Force. He retired in 1992 at Eglin Air Force Base, Florida, where he was assigned to the Joint Air Defense Operations/Joint Engagement Zone. He served as the test director for an Army, Air Force and Navy test of combat identification.

“I thought it was fantastic,” he said of his Air Force career. “I enjoyed the people, I enjoyed the work and I enjoyed traveling all over the world. But most of all I enjoyed the opportunity to fly fighter and attack aircraft. My favorites were the F-105 Thud and the A-10 Warthog.”

His assignments included Osan Air Base, Korea; Royal Air Force Woodbridge, England; Norvenich Air Base, Germany; and Kelley Barracks in Stuttgart, Germany. After retiring at Eglin Air Force Base, he worked in the defense industry. He came to Huntsville in 1993 to work for Raytheon Company and he retired in 2010 as a Raytheon program manager supporting the Space and Missile Defense Command.

When he and his wife arrived from Florida in 1993, he said, they expected to leave after three years.

He and his wife, Janet, celebrated their 53rd anniversary in May. They have two daughters – Elizabeth Williams of Grapevine, Texas, and Janell Zesinger of Madison – and five grandchildren. Two of their grandchildren are in Texas and three in Madison.

Smith, 77, has served as a volunteer tax preparer with the Redstone Tax Center the past 11 years. For the past seven years, he has also volunteered with AARP tax services in Huntsville.

For the past six years, he has volunteered as a military tour guide at the U.S. Space & Rocket Center. He is a member of the Air Force Association and he attends the Messiah Lutheran Church in Madison.

His younger brother, Barry, 74, of Portland, Oregon, is a Navy veteran who served on an aircraft carrier in the Gulf of Tonkin in 1968-70.

Smith shared his thoughts on this nation’s commemoration of 50 years since the Vietnam War.

“The current recognition for all the Soldiers, sailors, Marines and airmen who fought and supported that conflict is very appreciated,” he said. “It is particularly appreciated by those of us who lived through that time in our history.”

Editor’s note: This is the 322nd in a series of articles about Vietnam veterans as the United States commemorates the 50th anniversary of the Vietnam War.