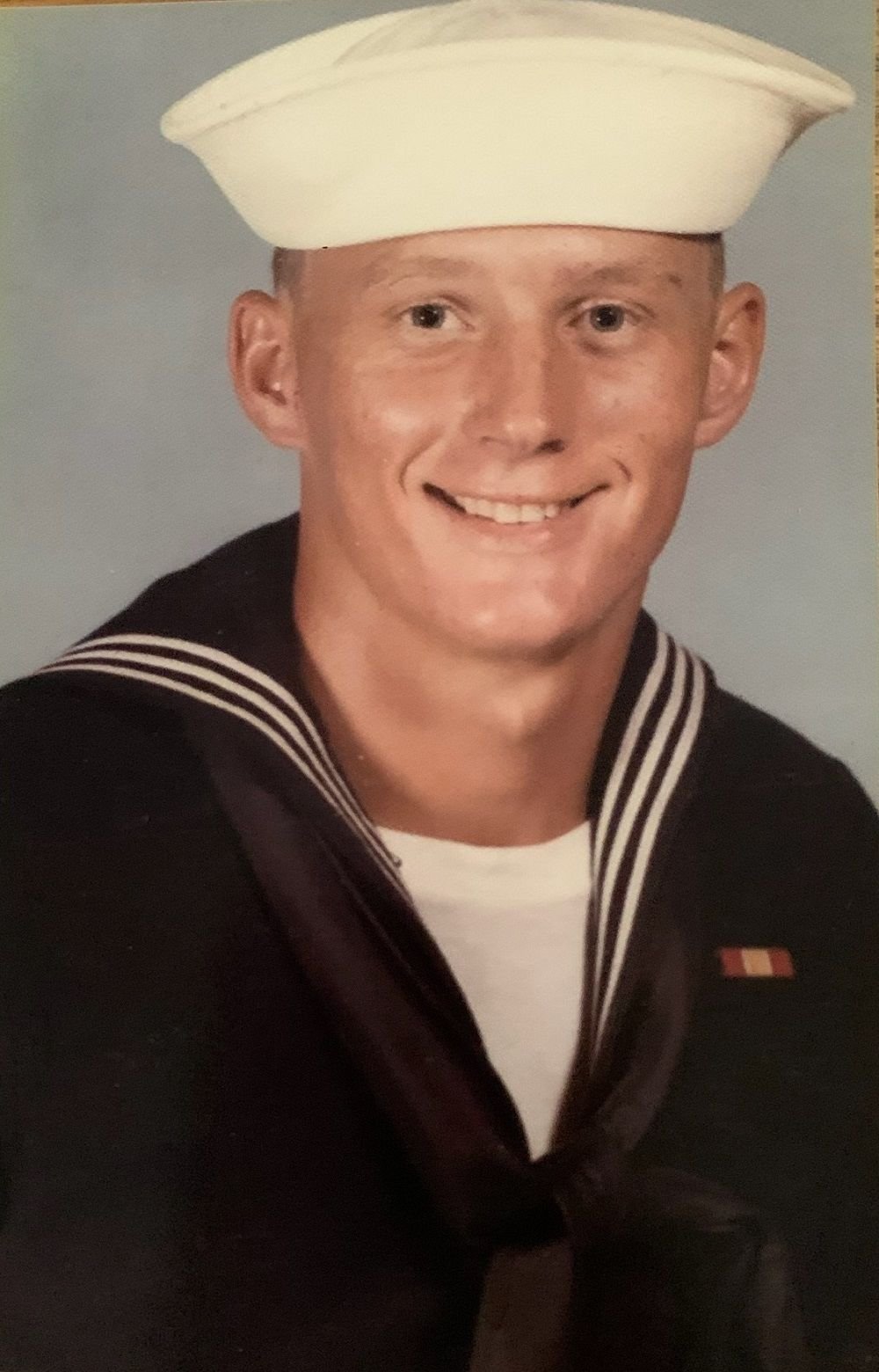 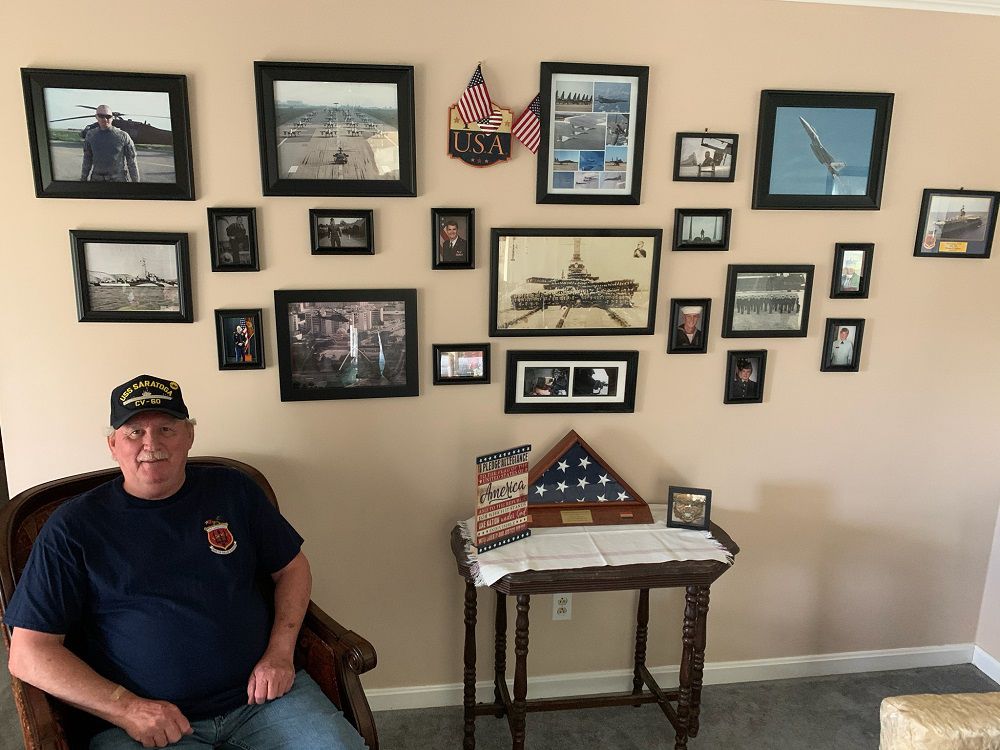 After graduating from Guntersville High School in 1972, Mike Ridgway wanted to serve his country and see the world.

So he joined the Navy and went to Vietnam.

Ridgway was an airman apprentice aboard the USS Saratoga (CV-3) from October 1972 through mid-January 1973 in the Gulf of Tonkin. Navy aircraft launched from this carrier during the Operation Linebacker II aerial bombing campaign from Dec. 18-29, 1972.

“We saw the aftermath of some of our attack aircraft coming in,” Ridgway said. “We had probably close to 90 aircraft on our ship.”

These included the VFA-31, or the Tomcatters, and VFA-103, or the Jolly Rogers, strike fighter squadrons.

“All in all, counting squadrons and all, there were close to 5,000 men on ship,” Ridgway said. He was a member of the ship’s company. As a new arrival onboard, he was assigned to the ship’s galleys and he worked in the chief’s mess, preparing meals and cleaning up.

“You stay busy all the time,” he said. “We cooked and we fed them. Cleaned, mopped and waxed the floors. We had stuff to do all the time. It’s not a glamorous job. It’s a job that has to be done. Every newbie that comes on ship has to do that. We went up to the observation deck several times to watch planes come in.”

He is among the Navy’s so-called blue water veterans who served aboard a ship 12 nautical miles off the coast of Vietnam, making them eligible to file Agent Orange claims with Veterans Affairs.

Ridgway has shortness of breath from chronic obstructive pulmonary disease or COPD. He has heart issues, bladder cancer and hypertension. He filed a claim last December with Veterans Affairs.

“They have written me two letters wanting some of the same paperwork I had sent in,” he said. “I’ve been told by several other veterans it’ll be two or three years to get an answer out of them because they said you’ll always get turned down the first time.”

For his service in the war, he received the National Defense Service Medal, the Vietnam Service Medal and the Navy Unit Citation.

The Scottsboro resident is in his 10th year as a truck driver with Maples Rugs in Scottsboro. He served in the Navy from 1972-75.

In February-March 1973 he went to firefighting school in Lakehurst, New Jersey. Ridgway subsequently became a member of the crash and salvage crew, or emergency crew, on the flight deck of the USS Saratoga. They donned their silver-colored asbestos suits for fire protection.

Ridgway worked 31 years for the Goodyear plant in Scottsboro after leaving the Navy. When the plant shut down and moved overseas at the end of 2006, he worked three and a half years with Merita delivering bread in Huntsville. April 26 marked a decade for him with Maples Rugs.

He and his wife, Kathy, will have their 44th anniversary May 14. They have two daughters, a son and seven grandchildren. The oldest, Kara Earles, is married to an Army warrant officer three at Fort Hood, Texas. Tamara Webb is married to an Air Force lieutenant colonel at Langley Air Force Base, Virginia. The son, Cagan of Guntersville, is a Marshall County sheriff’s deputy.

“So I’m very proud of my family,” Ridgway said.

He has found four friends that he served with on the USS Saratoga so far and he’s looking for more through social media. Ridgway said he enjoys working at Maples Rugs and he expects to retire in 3-6 months. He likes fishing but doesn’t go hunting anymore because of his COPD.

Ridgway, 66, shared his thoughts on this nation’s commemoration of 50 years since the Vietnam War.

“I’m glad that we’re finally getting the recognition because for a long time nobody would talk about Vietnam veterans. Nobody,” he said. “Now they’re getting fewer and fewer and fewer all the time. Most of them were 18, 19 years old. Now we’re 66, 67, in our 70s.”

Editor’s note: This is the 268th in a series of articles about Vietnam veterans as the United States commemorates the 50th anniversary of the Vietnam War.