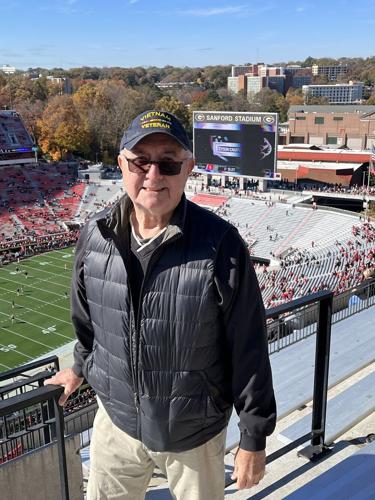 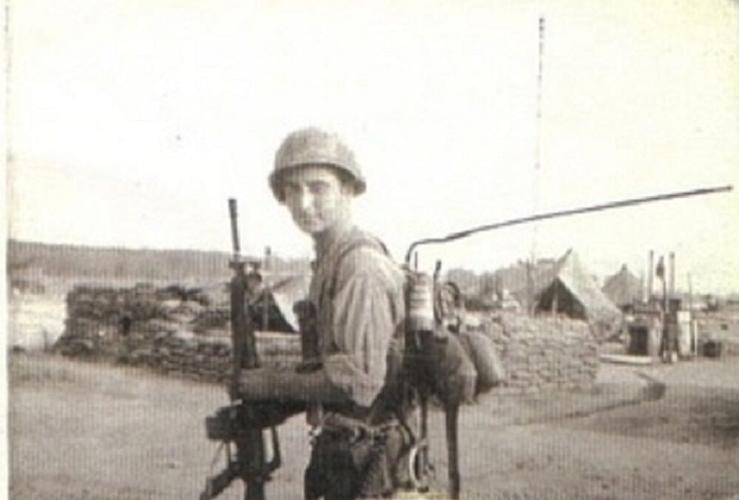 After two tours in Vietnam, Robert Reese returned to the University of Georgia with a different perspective on school.

“Time and experience will tend to put wisdom on you,” he said.

Reese left school in 1968 to join the Army but he returned and earned his bachelor’s in finance. He is retired in Dallas, Georgia, about 40 miles west of Atlanta, after 40 years in the financial services industry doing information technology work.

“I enlisted. I was just looking for adventure, something to do,” he said. “I was in the University of Georgia (before dropping out). All my buddies were in the service. It was just one of those things. I joined the Army to see the world.”

He saw plenty during his two and a half years in Vietnam.

Reese first arrived in Vietnam as a private in December 1968 for a yearlong tour. He started as a rifleman in III Corps, south of Saigon, with Bravo Company, 1st Battalion, 26th Infantry Regiment, 1st Infantry Division, the Big Red One.

Thirty days into his tour, he was injured while on a night ambush mission outside the Michelin rubber plant near Dau Tieng.

“The bad guys had evidently seen us,” he said. “They attacked us in the middle of the night. Dropped mortars on us and shot my platoon up pretty good.”

He was medically evacuated in the middle of the night but later returned to the field.

In February 1969 Capt. Russell Reinel, from Columbus, Georgia, his company commander, was killed. Reinel’s wife, 1st Lt. Patty Reinel, was a nurse stationed at the division headquarters in Lai Khe. The Soldiers would see her when they would return from their missions in the field.

That fateful day, the captain and his troops, including Reese, were conducting combat operations there in III Corps. Reese was the point man on the foot patrol. He was looking for a trail junction. When Reese walked up and found it, Reinel came up with his map. The captain told Reese to wait there while he walked up the trail to investigate. Then the Soldiers heard an explosion. Reinel had been killed by a mine. Reese said they couldn’t tell whether it was a booby trap or detonated by command.

“He was a very popular commander, too. So, it was a very devastating event for the unit,” Reese said.

Reinel’s wife, the Army nurse, received her orders for Vietnam first. The captain was stationed in Korea, so he transferred to Vietnam to be with her.

“So that makes it more poignant that he didn’t make it back,” Reese said.

He described the challenges of that year in combat. “It was rugged, very difficult, dangerous. It was exciting in every sense of that word,” he said.

Years later Reese saw Patty Reinel, then residing in New Jersey, during a reunion. He saw her when she appeared on a 60 Minutes program about combat nurses in Vietnam. She was interviewed by Morly Safer.

Reese left Vietnam in December 1969 and was assigned to Fort Hood, Texas, with the 1st Armored Division. After six months he returned to Vietnam in 1970 for his second tour.

This time he was assigned to drive a truck in a supply unit with the 1st Logistics Command at Cam Ranh Bay in II Corps on the coast.

“It was a much less dangerous tour,” Reese said. “The main thing is I got to work with the Vietnamese people themselves That’s the main thing I remember about that tour.”

He extended this tour to nearly a year and a half to get an early out and he left the Army as a sergeant in November 1971. He remembers seeing war protesters during a stop in Anchorage, Alaska, on the way home. They called the Soldiers “baby killers.”

“People were indifferent for the most part,” he said of his reception home. “It was more indifference than anything.”

“I think first of all how beautiful the country (of Vietnam) was. And just my being introduced to the Vietnamese culture and the people. I liked them,” he said.

His wife of 10 years, Linda, is a Vietnam native whose father had fought for the South Vietnamese. Her native first name is Phuong. Reese has two Vietnamese stepdaughters from this second marriage. He has three children from his first marriage – two sons and a daughter. Altogether he has two grandsons and two granddaughters.

Reese has returned to Vietnam probably 10 times since 2003. He has been to Hanoi twice. The first time, in 2007, a Vietnamese local took him to a museum where the infamous Hanoi Hilton had been. The museum was mostly devoted to the French and included John McCain’s flight suit.

“That was an interesting experience,” Reese said. “The Big Red One finally made it into Hanoi, except there was only one of us.”

He received his bachelor’s from the University of Georgia in 1974 before embarking on his 40-year career in the finance industry, mostly in IT jobs. At 72 the Smyrna, Georgia, native enjoys history and taking care of his family.

Reese belongs to the American Legion and the Atlanta Vietnam Veterans Businessmen’s Association. He has a partial disability rating, about 70%, from Veterans Affairs.

“I haven’t really noticed them doing too much, to be honest with you,” he said. “It’s kind of negligible. You almost have to go looking for it. It’s kind of sad really.”

Editor’s note: This is the 385th in a series of articles about Vietnam era veterans as the United States commemorates the 50th anniversary of the Vietnam War.