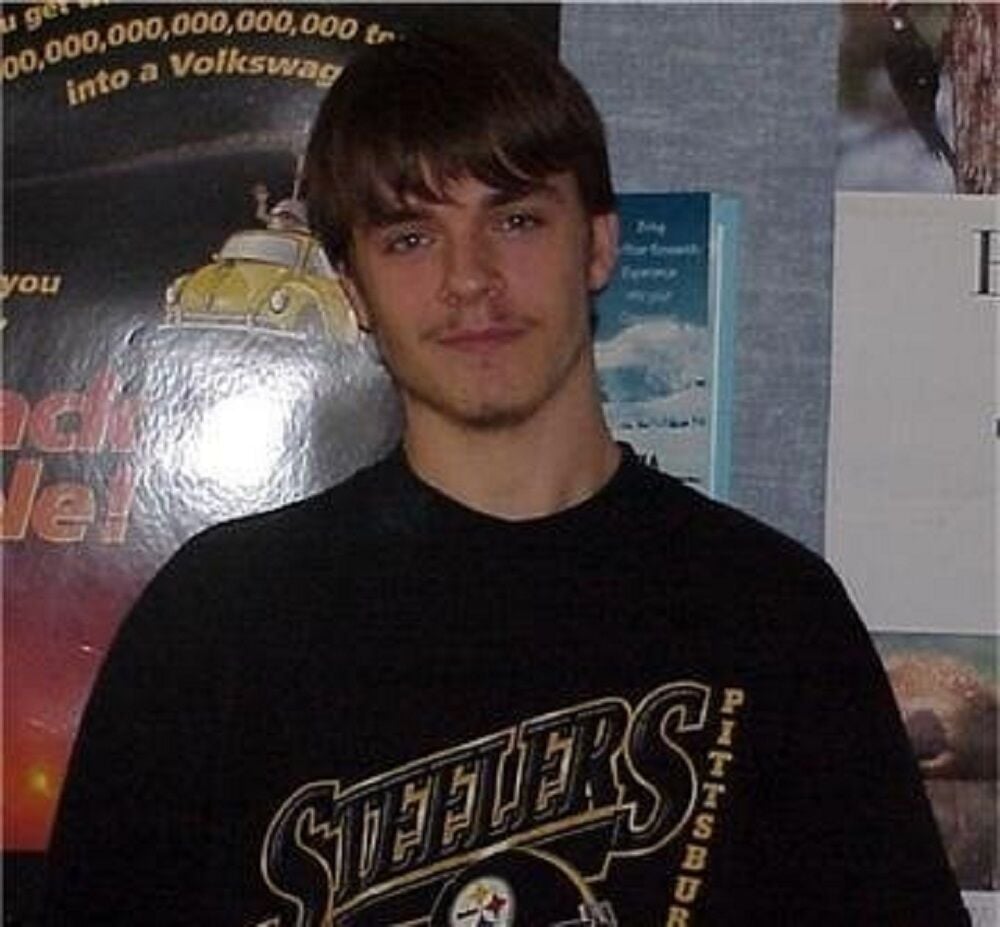 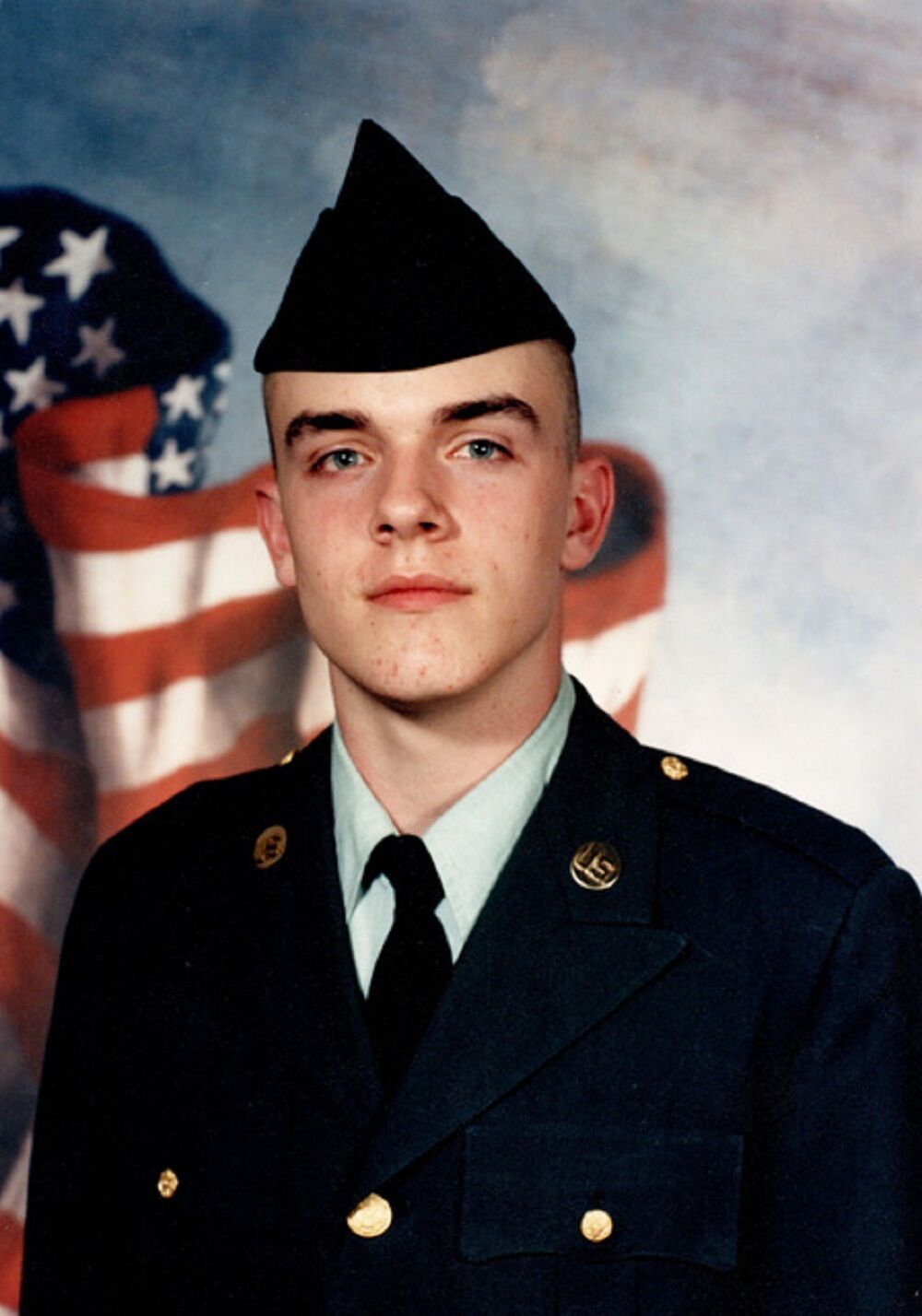 Just 13 months after the terrorist attacks on Sept. 11, 2001, Joseph Peters, a senior operations analyst with the Space and Missile Defense Command’s 1st Space Brigade, enlists in the Army. He left for Basic Combat Training three days after his high school graduation in June 2003.

Just 13 months after the terrorist attacks on Sept. 11, 2001, Joseph Peters, a senior operations analyst with the Space and Missile Defense Command’s 1st Space Brigade, enlists in the Army. He left for Basic Combat Training three days after his high school graduation in June 2003.

The students graduating high school this year have no memory of a world that does not includes such words as al Qaeda, Taliban, jihad, ISIS, the war on terrorism, or the numbers 9/11 and what they represent: Sept. 11, 2001, a day that changed the world.

Joseph Peters, a senior operations analyst with the Space and Missile Defense Command’s 1st Space Brigade, was in 11th grade at Oil City Senior High School in Oil City, Pennsylvania, on 9/11 and remembers vividly the events unfolding that day.

“We were sitting in Mr. Milikan’s English class listening to a lecture when Mr. LaVerde, my math teacher, entered our classroom all wide-eyed and told Mr. Milikan, ‘we’ve been attacked! Turn on the news!’” Peters said. “Mr. LaVerde had been my football coach a year prior and it was unsettling to see him like that. He was almost frantic.”

Milikan turned on the classroom TV, and everyone began watching the live feed of the north tower of the World Trade Center burning. At 8:46 a.m. EDT, American Airlines Flight 11 had struck the tower between floors 93 and 99. At 9:03 a.m., United Flight 175 struck the south tower.

“As we were all watching, not really knowing what to make of it, we saw a plane fly right into the other building and that shook us,” Peters said. “Watching the coverage pretty much consumed our entire morning. Every classroom had the news on the TV, and we all just watched.”

At 9:45 a.m., American Airlines Flight 77 crashed into the west side of the Pentagon. Shortly after, at 9:59 a.m., the south tower of the World Trade Center fell. Peters recalled LaVerde declaring that the U.S. was going to war.

“I didn’t know what to think at first. I wasn’t really plugged into world events so it was hard to understand why they were saying people intentionally flew the planes into the towers,” Peters said. “As the reality sunk in, I started thinking about how history happens every day.

“I thought about me walking to the bus stop that morning. It was just a Tuesday, a very nice but brisk morning, and I was already thinking about the weekend. I never could have imagined as I was riding the bus to school that I’d probably remember that day for the rest of my life. I think that is when I truly understood the seemingly randomness of life.”

In October 2002 during his senior year, Peters decided to enlist in the Army in the delayed entry program. He said he did not enlist directly because of 9/11 but he did not let it scare him.

“When I swore in, the recruiters at MEPS all made a big deal about us enlisting during a time of war,” Peters said. He left for Basic Combat Training three days after his high school graduation in June 2003 serving in the air defense artillery for more than 12 years.

He first worked at SMDC in 2012 while still on active duty. He has served in the Joint Tactical Ground Stations in Germany and Qatar. In 2016 he became a JTAGS instructor at the Space and Missile Defense School in Colorado Springs, Colorado. In July 2020, he joined the 1st Space Brigade’s S-3 office where he now supports current operations and the missile warning sections.

“Missile warning is very important work for the defense of the nation,” Peters said. “I’m very proud of my time being part of JTAGS and getting the opportunity to teach and mentor future JTAGS operators was incredibly fulfilling.

“9/11 shifted the way I viewed the world and life in general. It opened my eyes that there’s a world outside of the USA, and they don’t view us the same way that we view ourselves. Outside nations and cultures seemed so abstract until then.”

He said he still gets choked up when he thinks about the events of 9/11 and that he sometimes thinks about what it must have been like to be on one of the planes that crashed.

“It’s strange to me that a whole generation is around with little to no recollection of that day. That used to be something we’d all talk about, ‘where were you when 9/11 happened?’ It’s very personal, a shared moment that everyone in the nation could relate to, no matter your politics, race, religion, etc. It brought us all together. I guess even in tragedy, there’s light. Not meaning to sound corny, but it proved that we truly are one nation.”