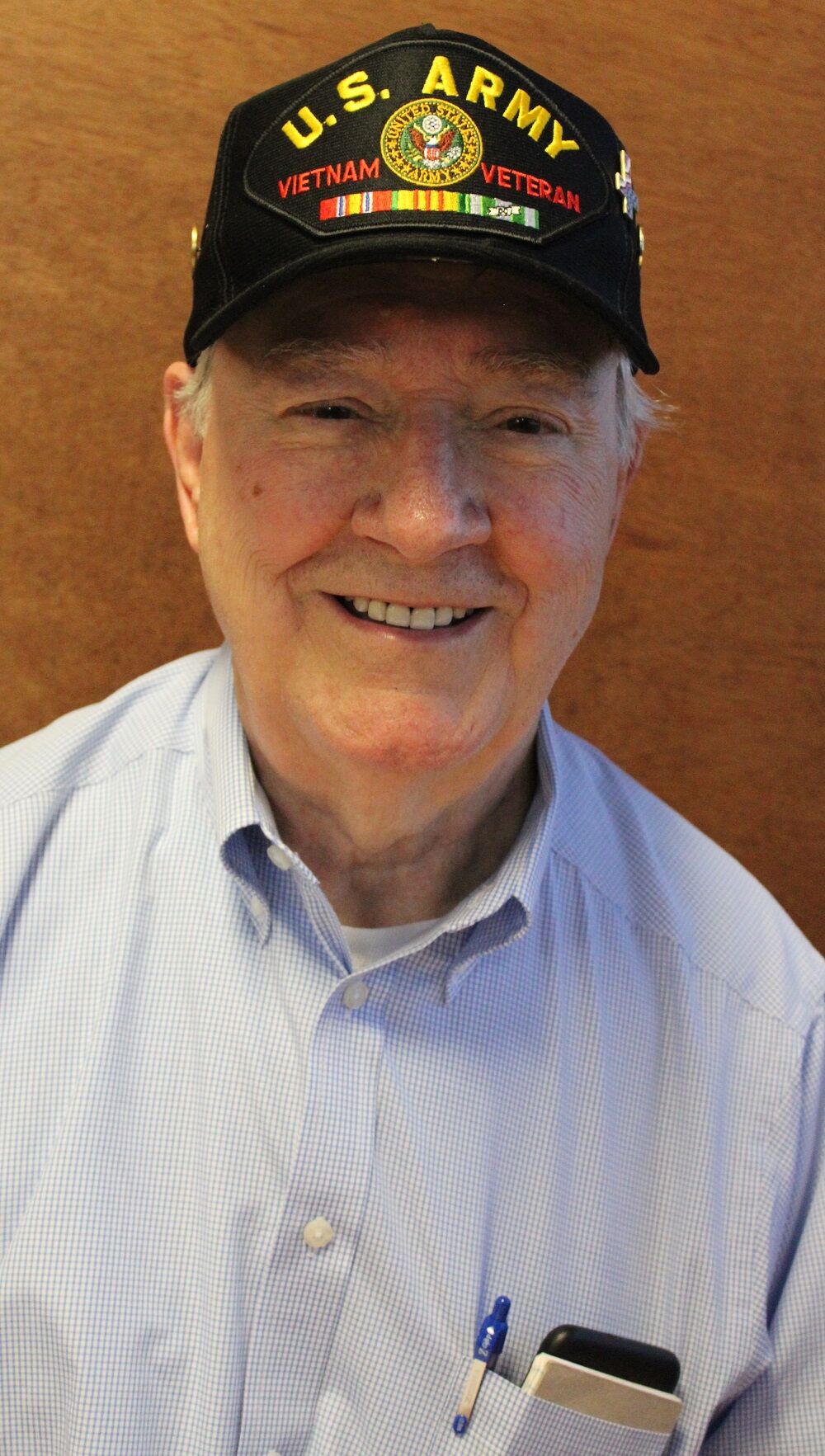 John Barnard, of Huntsville, served as an infantryman in Vietnam in 1969. 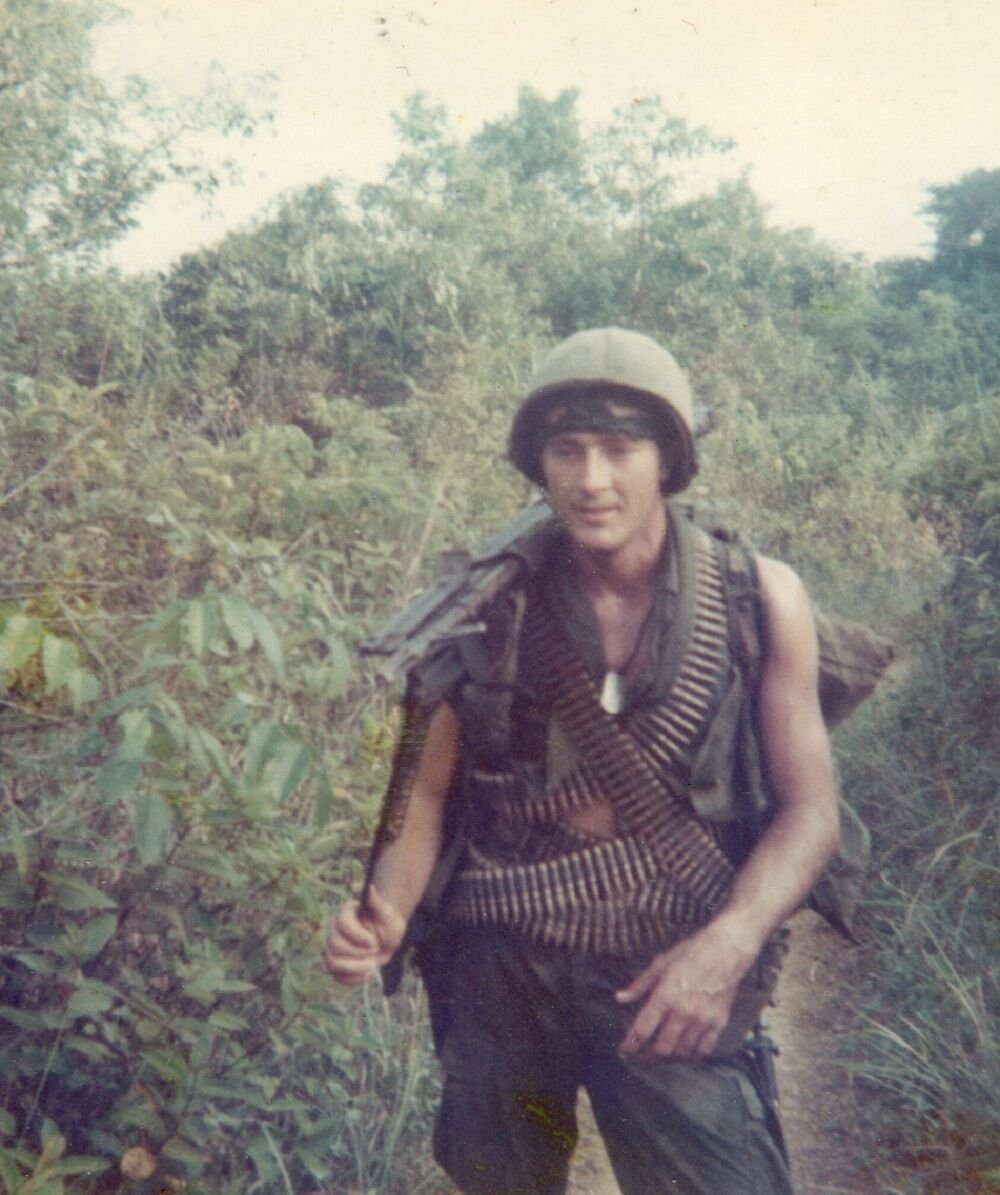 John Barnard, of Huntsville, served as an infantryman in Vietnam in 1969.

John Barnard enrolled at Northeast State Junior College in 1966 but he soon learned that he was not ready for college. His biology professor told him so after Barnard skipped a midterm exam to hitchhike/hop freights to New Orleans three days with friends for Mardi Gras.

The professor advised that “a little time in the military” would do Barnard some good. Barnard left school, received his draft notice and served in the Army from July 1968 to July 1970. He spent a year in Vietnam as an infantryman from January 1969 to January 1970.

After leaving the Army, Barnard returned to Northeast State. In 1976 he walked across the stage to receive his associate degree diploma. The presenter was none other than his former biology professor who had become a dean. The dean remembered telling him that he should join the military, and Barnard told him he was exactly right.

“He handed me my diploma,” Barnard said. “That was special for me.”

The Huntsville resident and retired rural mailman has plenty of special memories, some good, some not so good. He remembers 1969, his year of combat in the jungles of Vietnam.

Barnard made specialist four when he arrived near Chu Lai with Charlie Company, 1st of the 46th Battalion, 196th Infantry Brigade, Americal Division. Six months later he became a sergeant and a squad leader.

“We were going on patrols and we were in several battles,” he said. “That’s pretty much it. That’s the life of an infantryman. We did a lot of walking – we call it humping, patrols, and engaged the enemy on numerous occasions. Some of it was bad, some of it not so bad.

That would be a guy nicknamed Tex, who was from Texas. The company moved just about every day. But one day in April 1969, they got ambushed and made the mistake of returning to their previous location. That was a mistake because it gave the enemy a chance to boobytrap their former foxholes. Tex jumped into his old foxhole and was decapitated by a mortar.

In May 1969, a major battle erupted when Charlie Company was sent to evacuate a company which had been ambushed the night before. Barnard said the fighting was so intense that “dustoff” helicopters had to quit going in. The Soldiers had to carry their dead and wounded to a different location so they could

“We probably lost I’m going to say 20 (Soldiers) the 12 months I was there,” Barnard said. “That might be a conservative estimate. From boobytraps and small arms fire, mortar fire.”

Barnard came home the first week of January 1970. “Coming home would probably be one of the happiest days of my life,” he said. On the flight from Seattle to Chicago, wearing his khaki uniform, he got curious looks from many passengers on the plane because he had a souvenir in the seat with him – a Russian-made SKS rifle. He found it in a cache of enemy weapons and explosives before the Soldiers destroyed the cache. On the flight from Chicago to Huntsville, the pilot offered to keep the rifle in the cabin for the remainder of his trip. Barnard still has the souvenir in his Huntsville home.

For his Vietnam tour Barnard received the Bronze Star, the Army Commendation Medal and the Combat Infantryman Badge. He left the Army as a sergeant.

Barnard was born in Grant in a small farmhouse and was the sixth of seven children. His family moved many times when he was growing up. He graduated from New Hope High School in 1966 and then had his brief stint at Northeast State before entering the Army. He retired from the U.S. Postal Service in 2009 after 20 years as a rural mailman in the Huntsville area.

He and his wife of 49 years and eight months, Sarah, have two children and two grandchildren. Their daughter, Melanie Forbes, resides in Harvest; and their son, Darryl, lives in Huntsville. His hobbies include pitching horseshoes and playing music on his guitar. He likes to write songs and record them in his little studio at home. “I’ve got about 200 works in progress. I’ll probably never finish most of them,” he said. But he said his favorite hobby is spending time with his family.

He is a life member of the Vietnam Veterans of America, Chapter 1067 of Huntsville. He also belongs to the American Legion and the Veterans of Foreign Wars. At 74, he has a 60% disability rating from Veterans Affairs because of ischemic heart disease resulting from his exposure to Agent Orange in Vietnam.

Barnard shared his thoughts of this nation’s commemoration of 50 years since the Vietnam War.

“We obviously didn’t achieve our goal. I think a lot of brave men lost their life, and I hate to say it was for nothing but I don’t see anything we gained from it,” he said. “At best we fought them to a tie at a very high cost. If it was just me, I’d love to commemorate all the brave men and women who gave their all as well as those who came home with lifetime injuries and war-related conditions. I think they deserve all the credit they can receive.”

Editor’s note: This is the 327th in a series of articles about Vietnam veterans as the United States commemorates the 50th anniversary of the Vietnam War.