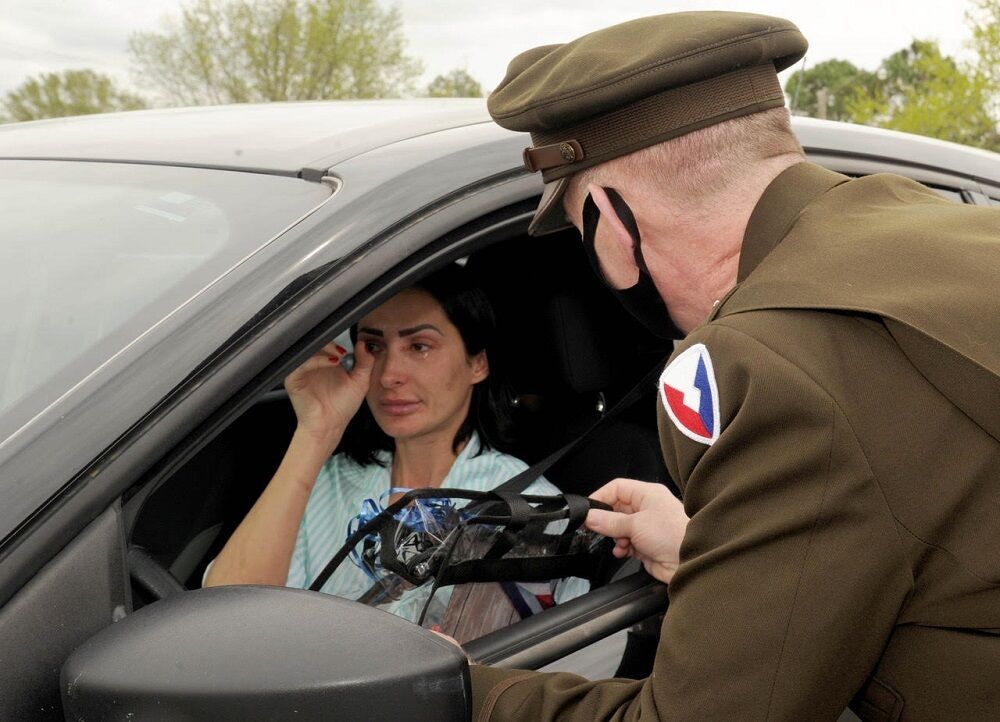 Niki Padureanu wipes away tears as Colonel Glenn Mellor speaks with her during Gold Star Spouse Day at the Persing Welcome Center on Monday, March 29, 2021 on Redstone Arsenal, Ala. (Eric Schultz / Redstone Rocket) 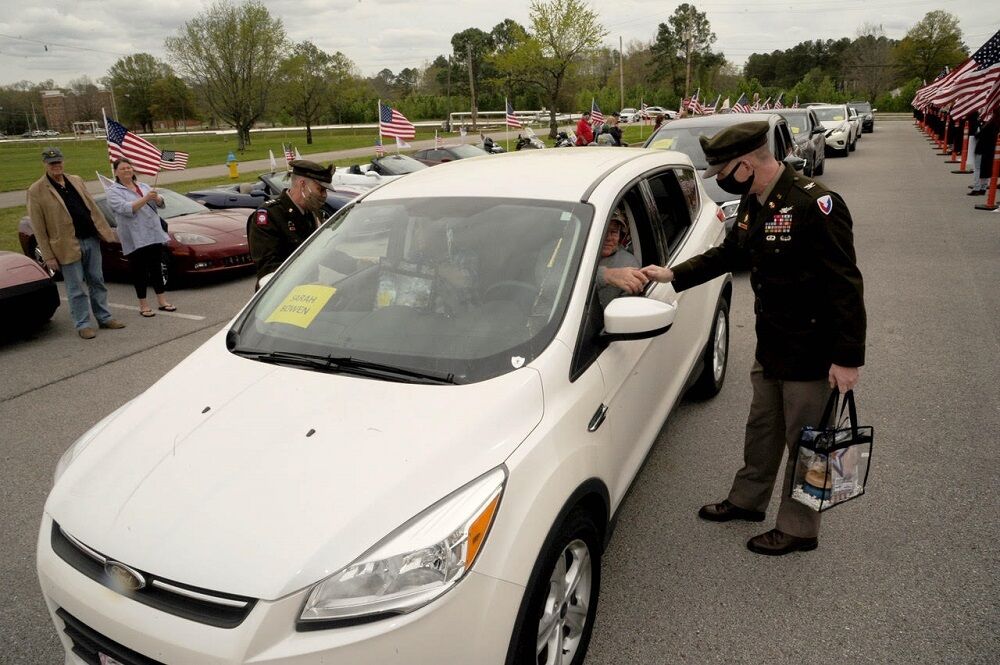 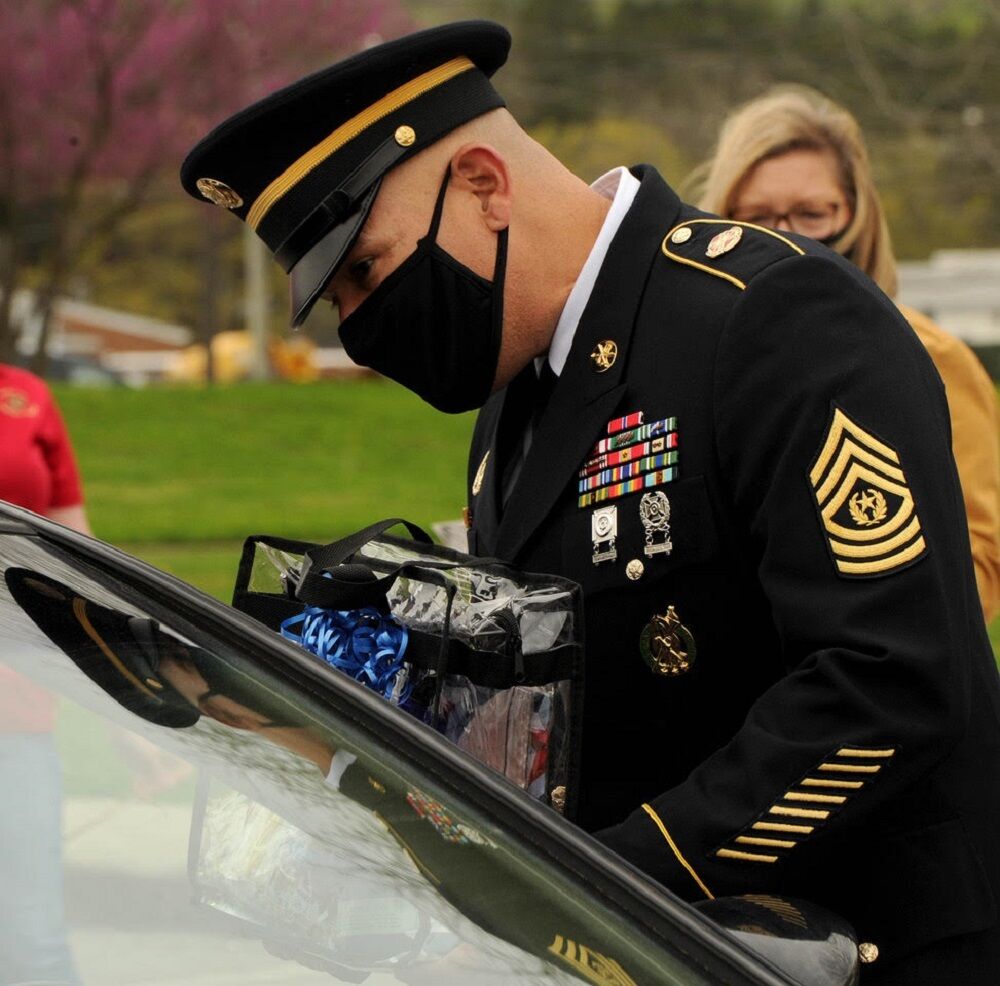 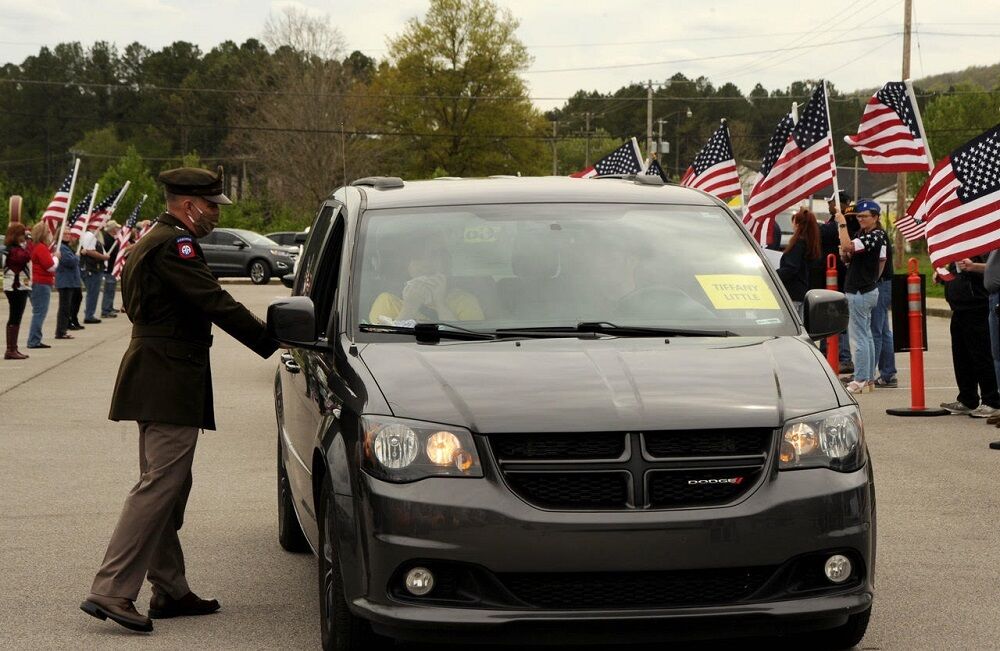 Niki Padureanu wipes away tears as Colonel Glenn Mellor speaks with her during Gold Star Spouse Day at the Persing Welcome Center on Monday, March 29, 2021 on Redstone Arsenal, Ala. (Eric Schultz / Redstone Rocket)

Though most celebrated Gold Star Spouse Day on April 5, Redstone Arsenal celebrated the observance a little early with a drive of honor on March 28.

Kerrie Branson, the former Survivor Outreach Services coordinator, emphasized the importance of recognizing the sacrifice of those who lost their spouses while serving in active duty.

“These Soldiers, they served and sacrificed, and because of that, so have their spouses,” Branson said. “Their lives were all altered the day they lost their spouse forever, and that loss was because of their service to our country, or while they were serving our country.”

The drive of honor began at the Childwise building and ended at the Pershing Welcome Center. Volunteers lining the route were dressed patriotically and cheered for the Gold Star spouses as they passed by. Each Gold Star spouse received a gift bag containing a candle, a garden flag reading “Land of the free because of the brave,” bubble bath, homemade cookies, candy and a handwritten card from SOS.

Branson said the annual observance gives Gold Star spouses an opportunity to remember their lost spouse, regardless of the life changes that they may have experienced in the time since that loss.

“It’s a very important time for them to reflect on that loss that they have in their life because they will always love them and always want their name remembered,” Branson said. “So it’s important for remembrance reasons and because that is a day that has altered their life forever. And it’s important to remember that they did sacrifice a lot, too, the spouses did. And, you know, we just want to remember them and make sure that they know that they’re still part of the Army family.”

Branson also said she takes a great deal of inspiration from the Gold Star spouses she worked with during her time as SOS coordinator.

“I look up to them greatly for being so courageous and being able to move on,” Branson said. “A lot of them are single moms now and they all just have their own little strengths that shine through and I’m just really proud of them. I guess that’s the big thing that I want to say is how proud I am of them and how they’ve been able to just keep moving forward and be strong for their children.”