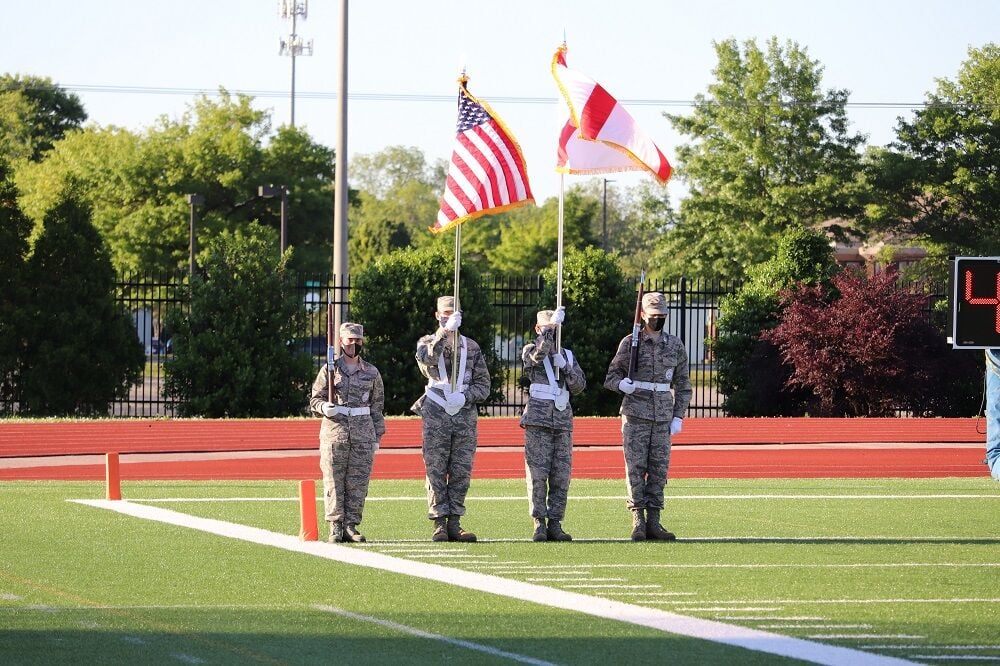 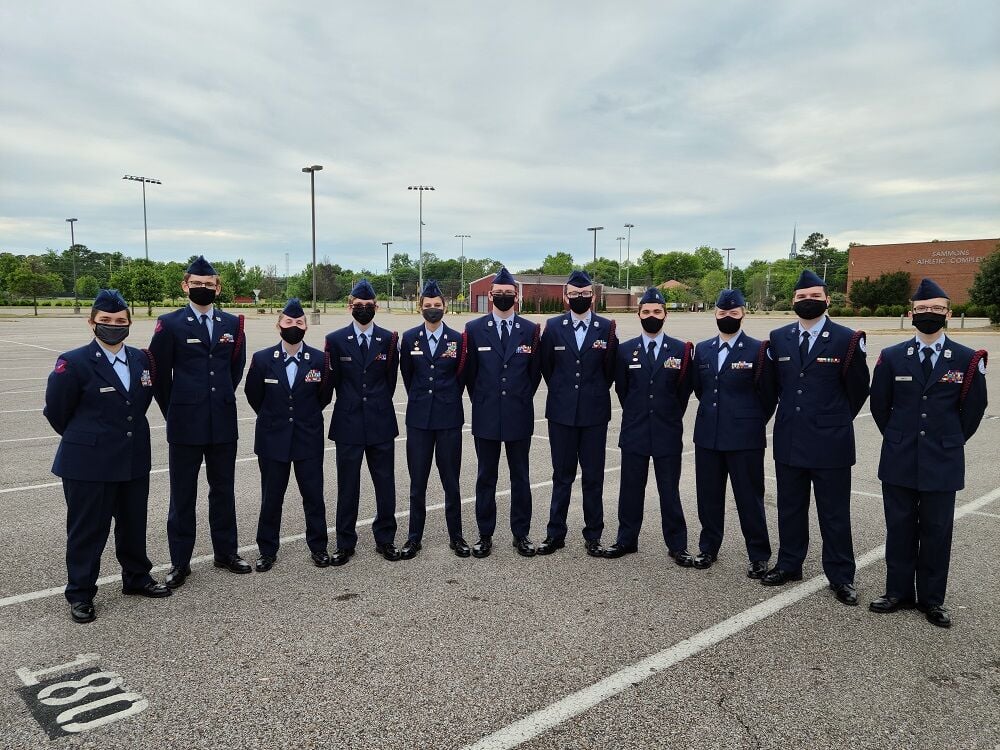 The JROTC program at Huntsville High School is officially out of this world.

Formerly affiliated with the Air Force, the unit in March became one of only 10 JROTC programs in the United States to be designated as part of the U.S. Space Force.

Retired Lt. Col. David Murphy, the senior aerospace science instructor at Huntsville High, said it is an honor to be one of the first and few Space Force JROTC units in the country.

The designation was based on several factors, he said: Huntsville’s proximity to Marshall Space Flight Center and the fact that Huntsville High’s JROTC program was named a distinguished unit for five of the past seven years, and was Alabama’s top Air Force JROTC unit in 2016 and 2020.

Changes to the Huntsville High program will be “incremental at the beginning,” said Murphy, who just completed his eighth year as the JROTC instructor.

He said the program will continue to focus on STEM activities and two national events, the National Youth Cyber Defense Competition, and Stellar Xplorers, a team-building space system design competition.

For the latter, students compete via computer to put a virtual satellite into space while covering all the elements that comprise the mission, from creating a budget to determining needed parts, establishing a launch site, and deciding what rocket to use, Murphy said.

He is still awaiting guidance on future changes to the program, which for now continues to fall under the Air Force. Uniforms will not be changed immediately, but in the future may include Space Force lapel pins or patches.

According to the Congressional Research Service, JROTC is a voluntary high school program administered by the Department of Defense through the military departments. The program’s purpose is to instill “the values of citizenship, service to the United States, and personal responsibility and a sense of accomplishment.”

The Army has the largest and oldest branch of JROTC. It was established in 1916 under the National Defense Act. The program expanded to the Navy and Air Force in 1964, and to the Coast Guard in 1989. In 2020, more than 3,400 JROTC units operated in every state and in DOD schools overseas.

Students at Huntsville High School take part in JROTC as a normal class that meets regularly. Outside of school, students participate in such activities as honor guard services at sporting activities, a drill team, a drone team, and Kitty Hawk, an honor society based on grades and community service.

Other activities may be added as warranted by student interest, Murphy said.

Megan Green, 17, a rising senior at Huntsville High School who joined JROTC as a freshman, is vice commander of the program and commander of Kitty Hawk.

She said her interest in the program was sparked by a visit from high school participants to her eighth-grade class at Hampton Cove Middle School.

In joining JROTC, Green followed in the footsteps of her father, Tim Green, who attended the University of Tennessee at Chattanooga on an Army ROTC scholarship. He was commissioned as an infantry officer upon graduation, became and infantry captain in the 101st Airborne Division, and later served as a major in the Army Reserve. He works as an FBI supervisory special agent bomb technician at Redstone Arsenal.

Green was also attracted to the Stellar Xplorers competition. “I really thought that was cool,” she said.

Although she doesn’t plan to pursue ROTC in college or a military career, Green said participation in the program has been a great experience.

“I had no idea I’d be taught leadership skills in a Space Corps. I definitely don’t regret it. This was one of the best decisions I’ve ever made,” said Green, who hopes to study engineering in college, possibly at Auburn University.

Nationally, only 20 to 40% of JROTC students choose a military career after participating in the high school program, Murphy said, but recruiting for the military is not his purpose.

“As defined by Congress, it’s a citizenship program,” Murphy said.