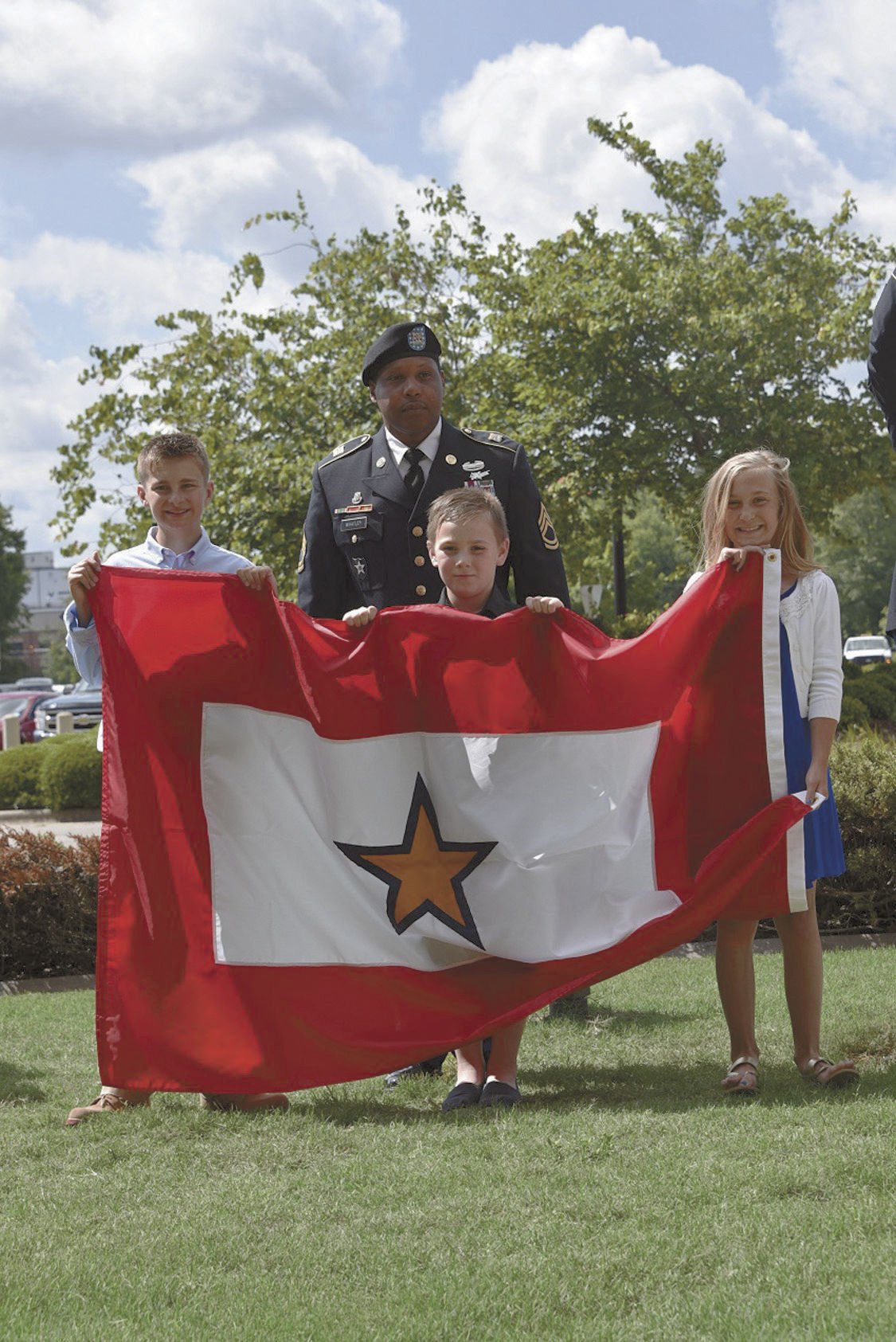 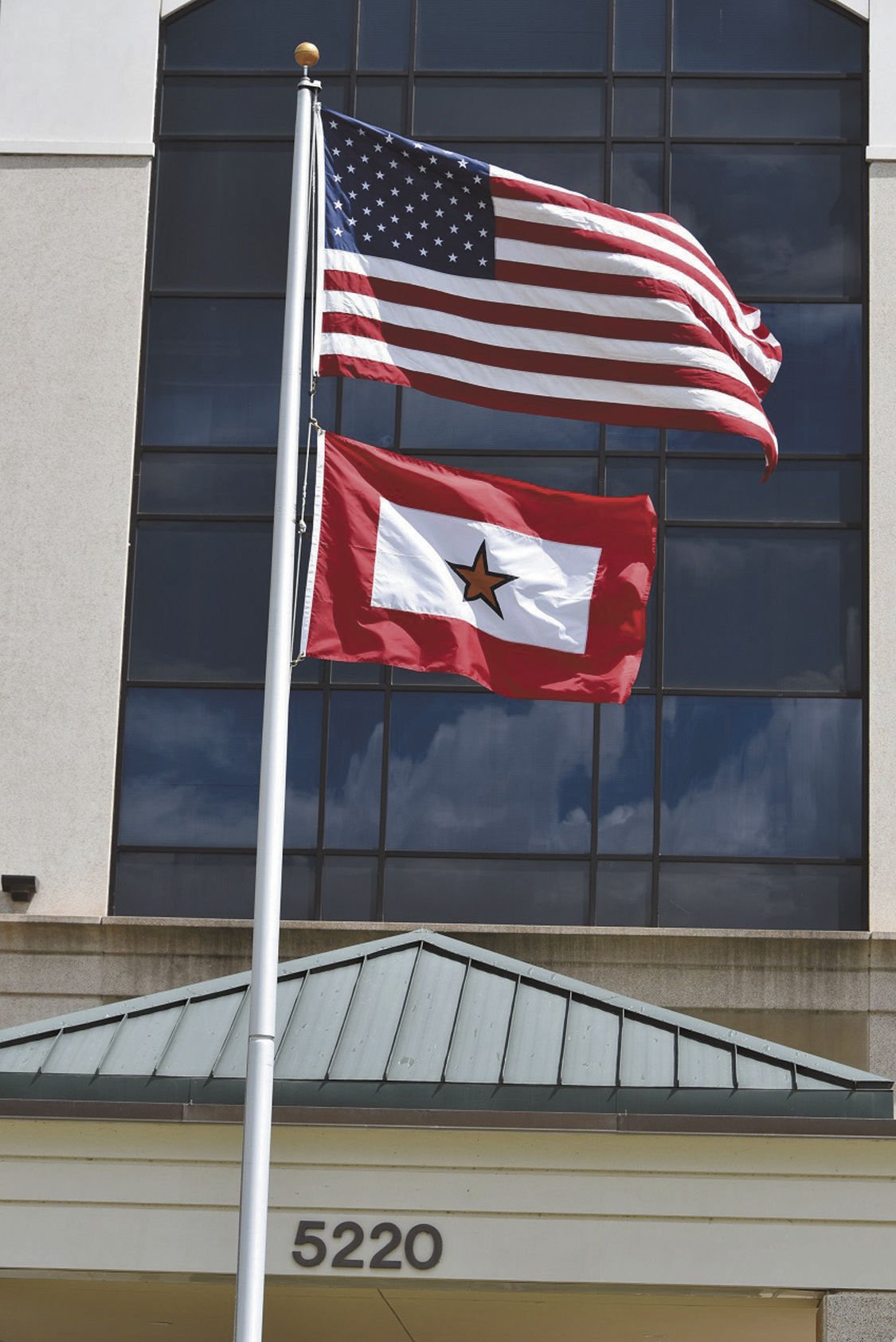 As Memorial Day approached, the Space and Missile Defense Command/Army Forces Strategic Command held a ceremony to honor families who lost loved ones serving in the armed services.

Members of SMDC/ARSTRAT gathered with Gold Star families as the command raised a Gold Star Service flag during a ceremony Thursday at the command’s headquarters.

“The nation recognizes the sacrifice that all Gold Star and surviving family members make when a father, mother, brother, sister, son, daughter or other loved one dies in service to the nation,” SMDC Commander Lt. Gen. James Dickinson said. “The Department of Defense recognizes that no one has given more for the nation than the families of the fallen. It is only fitting that we fly this flag, remembering and honoring all of our fallen.

“They are sons and daughters, brothers and sisters, fathers and mothers, husbands and wives, and they are our heroes, deserving of our greatest admiration and respect.”

The blue and gold star banner tradition began in World War I when white service flags bordered in red were displayed from homes, businesses, schools and churches to indicate, by the use of a blue star, each active service member in the U.S. military. A gold star indicated those who had died for their country.

In 2015, the Army authorized the Gold Star service flag to be flown under the American flag during significant observances, such as Memorial Day.

“A day like to today is important because we need to reflect on why we have the freedoms that we do,” Kerrie Branson, Redstone Arsenal Survivor Outreach Services coordinator, said. “Our Gold Star families remember every day, so to be able to do this at least one day a year is very important.

“The ceremony was beautiful,” she added. “It’s important to help support our survivors and make them feel they are a part of the Army family.”

As the ceremony ended, Phillis Reid, SMDC’s SOS liaison, said the command will always remember the nation’s fallen heroes and the loved ones they left behind.

“We want the Gold Star families to know that we still remember them and their loved ones, and we will never forget them,” Reid said. “We hope to continue to do this every year.”