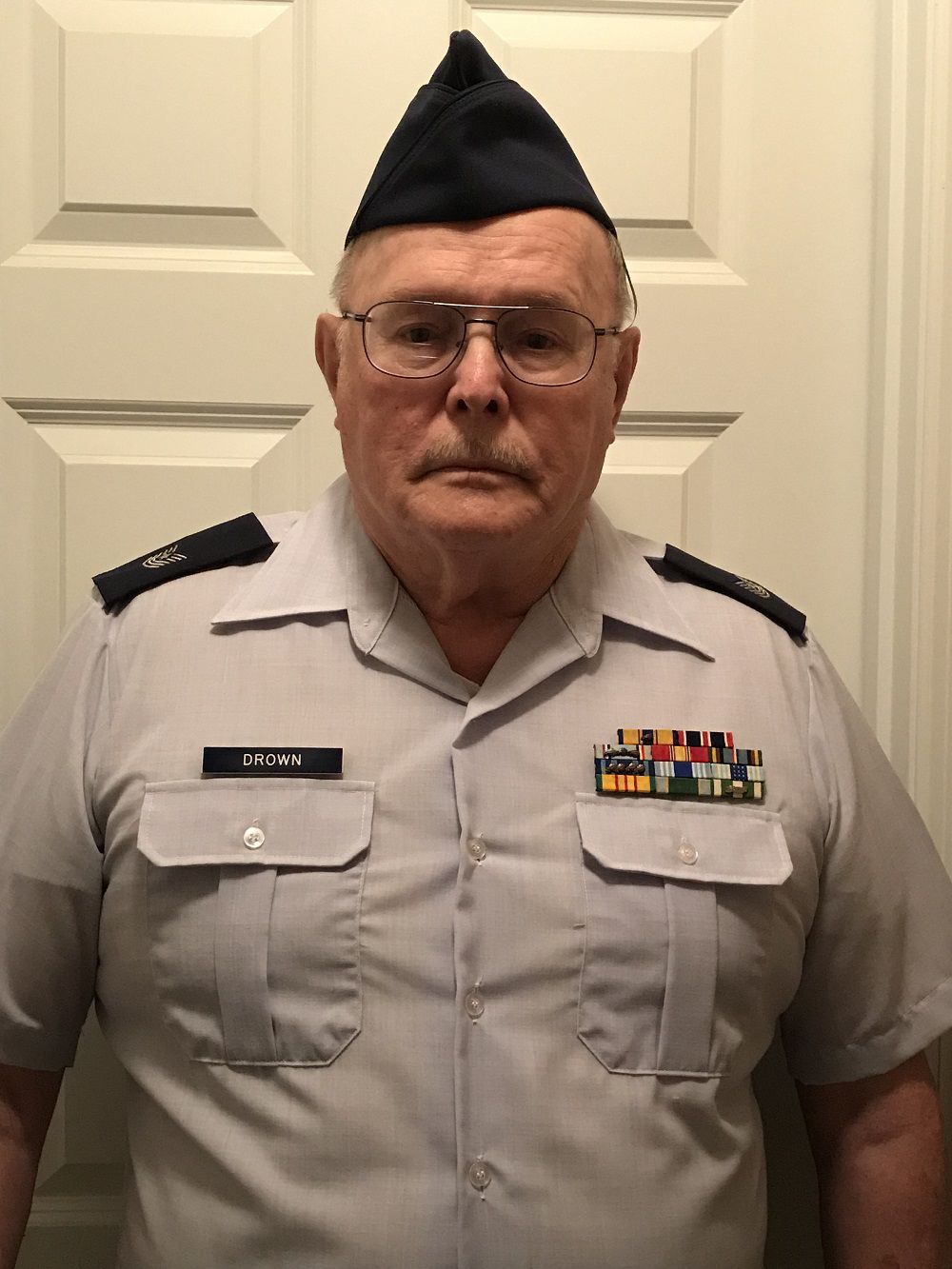 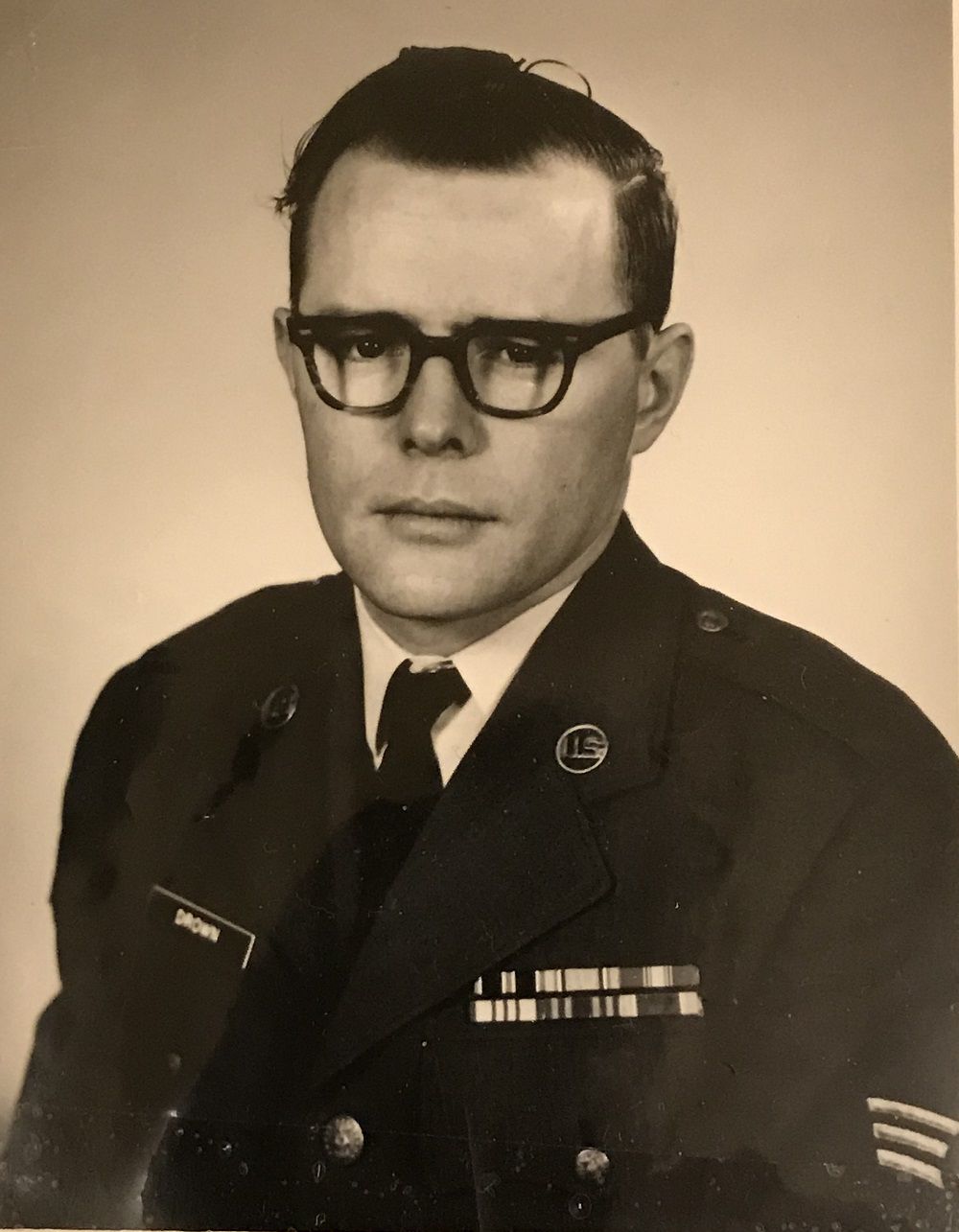 Chuck Drown joined the Air Force in 1962 just five days before he was ordered to report to the Army by his draft notice.

His options were limited because he had dropped out of high school in Tampa, Florida. Four years after joining the Air Force, Drown was in Vietnam.

“I guess you most remember the camaraderie and the friendships you built over there,” the retired master sergeant said of his year at war.

“For me I did not see as much blood and guts as the Army or the Marines on the ground.”

Drown spent 1966 with the 505th Tactical Control System which was based at Tan Son Nhut Air Base near Saigon but spread throughout South Vietnam. The 27-year-old airman first class was a radio operator who provided air support communication from a ground control station.

When he first arrived, Drown was sent for 85 days to Nakhon Phanom, Thailand, for an assignment called Operation Cricket. He was among 21 Air Force members, including six officers and 15 enlisted. “We were dropping bombs on the Ho Chi Minh Trail, most of the time to prevent supplies and

everything else going through there and that was to Laos – but we were not there officially,” he said. “My job there was to keep in contact with the pilots.”

From there he went to Pleiku where he worked around the clock for two months in the Direct Air Support Center. Drown spent the last seven months of his tour at Qui Nhon.

“I did tactical communications,” he said. “I was the communications person for the forward air controllers. To try to send airplanes these guys (fighting on the ground) needed with the proper munitions. So you don’t use a 2,000-pound bomb for close air support.”

After his tour from January-December 1966, he made sure he found a seat on an airplane so he could go home Dec. 23 rather than having to wait five more days. “I didn’t want to go home on the 28th of December after a year in Vietnam. No, no, no,” he said.

Drown spent 20 days back in the United States before leaving for Germany. He said he didn’t experience the abuse endured by many veterans returning from this unpopular war.

“I had a couple of issues here and there but nothing of the drastic level,” he said. “Overall I ran across a few things. In those days I’d have been in a jam because my temper wasn’t as well-controlled as it got to be later on.”

Drown was born in Indiana but grew up in Tampa. He quit school in the 11th grade because he didn’t have time for homework while working in a convenience store. Eventually he met his wife in the Air Force and both went to school on the GI Bill. Drown received a bachelor’s in business management in December 1989 from Austin Peay.

“Overall it was great,” he said of his 22 years in the Air Force. “I got to move around a lot which I liked. I got to go to different countries and see things and meet different people.”

He retired in March 1984 as a master sergeant at Carswell Air Force Base at Fort Worth, Texas.

Drown, 80, and his wife of 42 years, Lori, reside in Huntsville. Lori served in the Air Force from 1977-82 and left as a staff sergeant. She is a management analyst at the Army Materiel Command in G-8 (budget and accounting).

They have a combined three daughters, nine grandchildren and seven great-grandchildren. The oldest daughter, Michele Barga, lives in St. Petersburg, Florida; Jennifer Clark in Madison; and Karyn in Irving, Texas.

Drown said he plans to file with Veterans Affairs for compensation from his chronic lung disease and diabetes, both of which he attributes to exposure from Agent Orange in Vietnam.

He likes to fish, read, cook and travel. He belongs to the Vietnam Veterans of America, the Veterans of Foreign Wars, the Honored Legacy for Veterans, and the American Legion.

Drown shared his thoughts on this nation’s commemoration of 50 years since the Vietnam War.

“Sometimes it’s kind of whether it’s really sincere or they’re just trying to make you feel good,” he said. “You can kind of understand what they’re trying to do so I don’t mind it too much as long as they’re trying to be honest about it.”

Editor’s note: This is the 275th in a series of articles about Vietnam veterans as the United States commemorates the 50th anniversary of the Vietnam War.