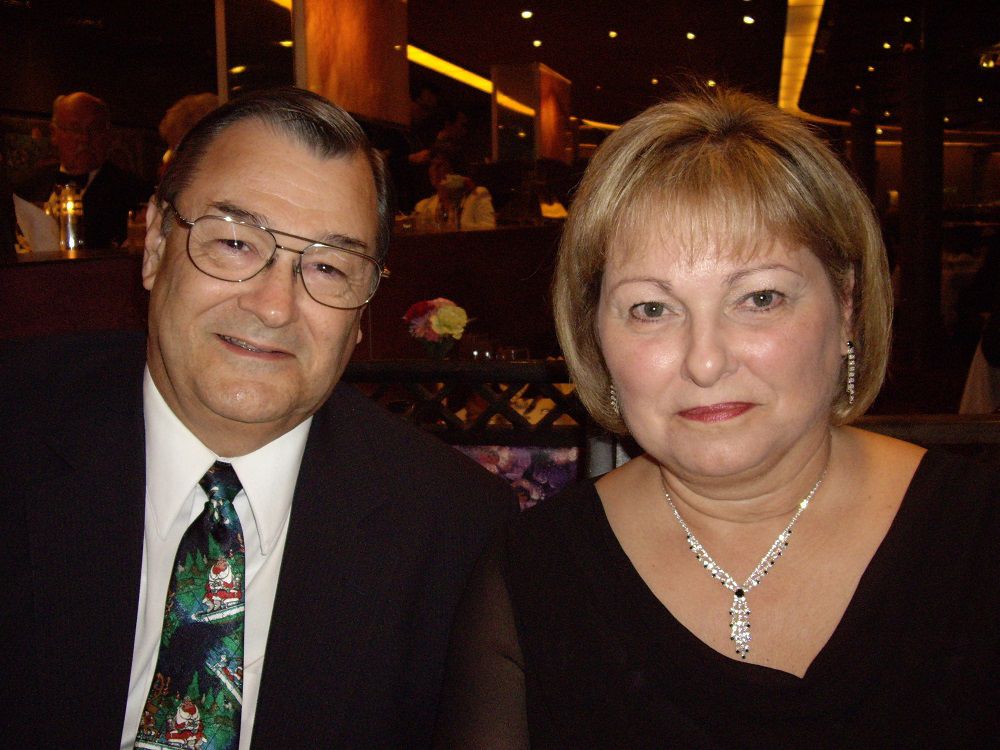 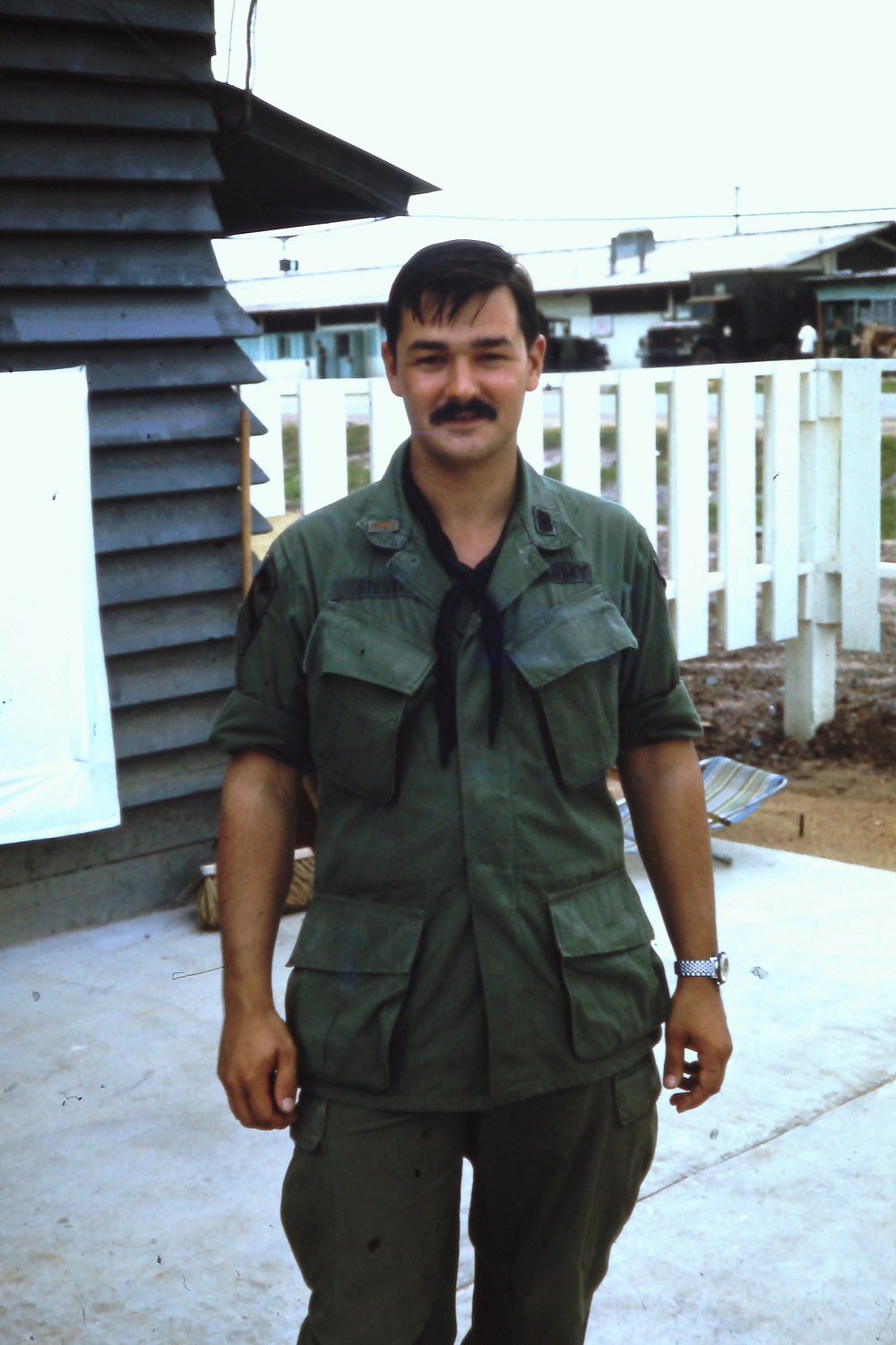 His wife could be heard in the background correcting facts from his military career that eluded his memory after so many years.

“She’s got a better memory than I do,” Vietnam veteran Joe Stevens said laughing.

Stevens is happily “retired and retired” in Huntsville after his Army career and subsequent career in the defense industry. He retired as a chief warrant officer 4 at Fort Drum, New York, in 1992 with nearly 25 years of service. He moved to Huntsville in 1997 when the Army’s aviation function transferred from St. Louis. He was the office manager for Dynamics Research Corporation when he retired in 2012.

The New York native was a helicopter pilot in Vietnam from March 1969 to March 1970. He arrived as a 22-year-old warrant officer and he left after about 800 combat flying hours.

“Very interesting,” Stevens said of his tour. “I learned more from flying combat troops in 1st Cav than I did in any other assignment.”

He was initially assigned to Bravo Company, 229th Assault Helicopter Battalion, 1st Cavalry Division, at Dau Tieng. The combat was intense and he spent his six months with the unit as a helicopter co-pilot. “The 1st Cav had some interesting training techniques,” Stevens said. Basically they gave him a map and expected him to know where he was and where he was flying at all times.

“For me it was a great assignment. We saw a lot more combat and a lot more bullets flying around than I did in any other unit,” he said.

Six months later, he had a rest-and-recuperation break and returned in mid-September to join the 68th Assault Helicopter Company in Bien Hoa. With his experience, he became the pilot in command. He spent the first month transporting South Vietnamese combat troops in a Huey helicopter. He spent the last five months of his tour with a gunship platoon. He flew the UH-1C Huey to provide cover for combat troop insertions into landing zones.

Stevens remembers doing this combat troop insertions where he would pick up a member of the Navy Sea, Air and Land, or SEAL, team and drop him off in the swamps and retrieve him 30 days later.

“I don’t know how they can do that a month at a time,” he said of living in the swamp on a guerrilla mission. “They always appreciated a cold beer (afterward).”

During one of these retrieval flights, an armored panel on the helicopter malfunctioned and nearly caused the helicopter to crash. Stevens said that was the closest call he had during his year at war. But he did recall seeing enemy rounds go through the cockpit several times with the 1st Cav.

Stevens received 31 Air Medals for his year in Vietnam. In 1977 he received his 32nd Air Medal for his role in medically evacuating a Soldier injured on a training mission in Alaska.

He grew up in Beaver Falls, New York, about 30 miles east of Fort Drum where his Army career would end. After two years at Maryville College in Tennessee, he decided the college experience wasn’t for him.

“I knew once I left college, it was only a matter of time (before military service),” he said. “I had already decided flight school was what I wanted to do.”

Stevens finished flight school at Hunter Army Airfield in Savannah, Georgia, in early February 1969 and graduated as a warrant officer, helicopter maintenance officer and test pilot. A month later he went to Vietnam.

“I loved my time in the Army,” he said. “I loved being a maintenance officer working on helicopters, trying to figure out maintenance problems. They were always a pain in the butt and a challenge.”

Stevens, 74, and his wife of 50 years, Debby, reside in southeast Huntsville. They have two sons, Jay and John, who reside in the St. Louis area; and four grandchildren.

He is rated 30% disabled by Veterans Affairs for his diabetes, from exposure to Agent Orange in Vietnam, and his bad knees. He belongs to the Vietnam Helicopter Pilots Association and he works on their website. He enjoys fishing and he maintains the swimming pool at his home. He and Debby, a retired registered nurse, planned their 15th cruise this spring to celebrate their 50th anniversary but their trip got canceled because of the pandemic.

Stevens shared his thoughts on this nation’s commemoration of 50 years since the Vietnam War.

“I don’t have any issues with it,” he said. “It’s nice that guys can tell their stories. Some guys don’t like talking about it. I’ve never had any hangups with it.”

Editor’s note: This is the 278th in a series of articles about Vietnam veterans as the United States commemorates the 50th anniversary of the Vietnam War.