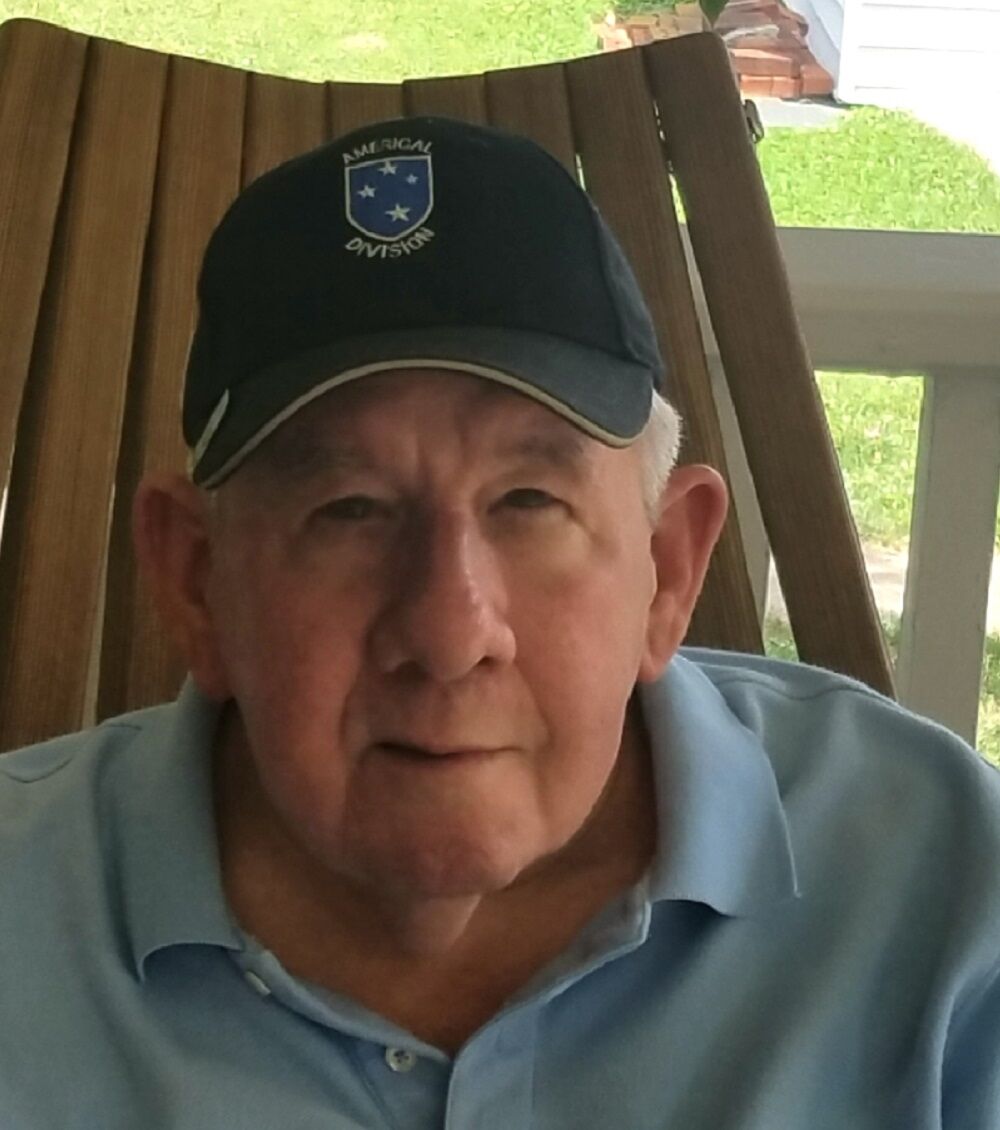 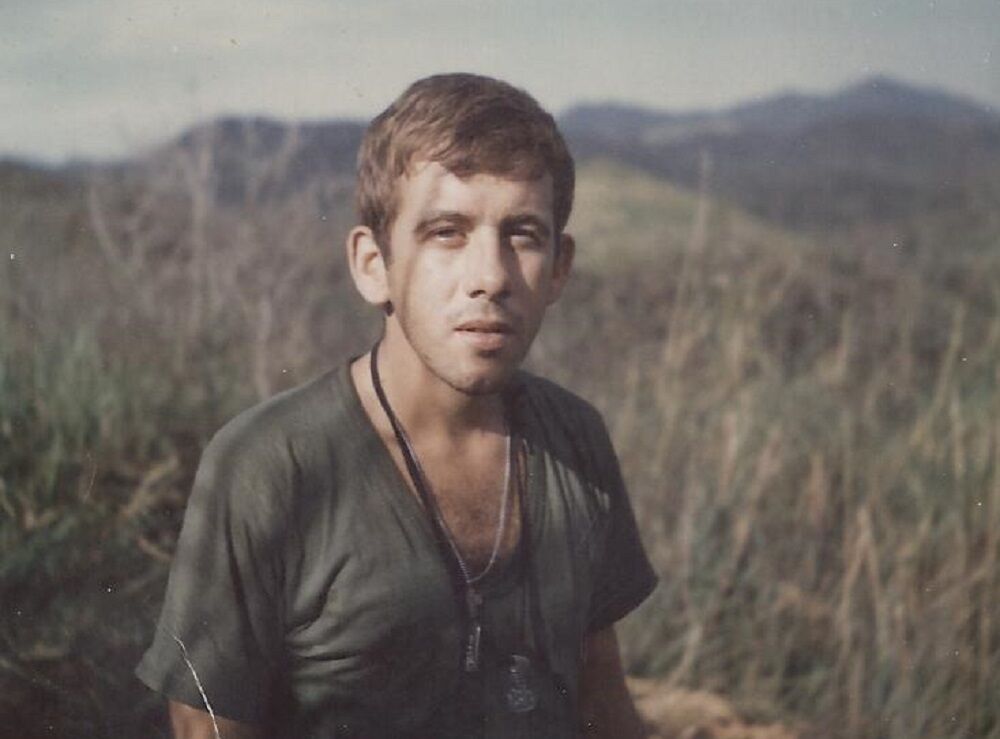 In 1969, Tim Vail learned to appreciate a hot shower.

He only had three showers during the first seven months of that year. The first was in January, the second in April and the third was in July at a hospital in Cam Rahn Bay, Vietnam, after he was medically evacuated from the battlefield.

The former infantryman recalls he spent “at least an hour (in the hospital shower) and it was like pure heaven.”

“To this day, nothing makes me happier than a hot shower,” he said.

The Norfolk, Virginia, native got drafted into the Army in 1968. He was a 21-year-old private first class when he went to Vietnam in January 1969. He was assigned to Charlie Company, 1st Battalion, 46th Infantry Regiment, 198th Light Infantry Brigade, Americal Division. He and John Barnard, who resides in Huntsville, served in the same squad in the 2nd Platoon. Barnard arrived in Vietnam a week or so before Vail.

“We became friends pretty quick,” Vail, of Roanoke, Virginia, said. “John was very positive and he was trustworthy.”

Charlie Company was based at Landing Zone Baldy outside of Chu Lai. Vail, a rifleman, started walking point on patrols about a month into his tour.

In May 1969, a major battle erupted when Charlie Company was sent to evacuate Alpha Company, which had been ambushed the night before near a creek. The 2nd Platoon leader, 1st Lt. Walter Brownlee, serving as active commander of Charlie Company, communicated on the radio with Capt. Kern Dunnagan, commander of Alpha Company. Dunnagan, who was wounded, would receive the Medal of Honor for his actions during that battle.

As two platoons from Charlie neared the creek, they were ambushed. “It was terrible,” Vail said. “Six people killed, had a bunch wounded.”

He stays in touch with then Sgt. Bob Tullos, of Murfreesboro, Tennessee, who lost a foot that day. Tullos belonged to Echo Company which was attached to Alpha.

Vail later learned that the Americal Division declared a tactical emergency because of the 1st/46th’s losses from that battle. The 101st Airborne Division subsequently sent two battalions into that area for an operation called Lamar Plains.

The tragic events of mid-May 1969 are Vail’s most vivid memories from his seven months in Vietnam.

“Our unit was different than a lot of others. We went out in the bush and stayed out extended periods of time,” he said. “You’d go through periods of boredom. You’d go days or weeks of nothing. Then we’d ambush them or they’d ambush us or you’d hit a boobytrap and it gets very exciting.”

In July 1969 Vail got injured while walking point. He was climbing a mountain in the 90-plus degrees heat and chopping the high grass with a machete. But at a very steep part of the climb, he chopped with the machete and inadvertently hit his right knee, causing a serious cut.

“It was a wound but it was a million-dollar-worth wound,” he said of the injury that got him out of the field. “It was a pretty severe cut on my knee, right across the top of my knee.”

He arrived at the hospital at Andrews Air Force Base in Washington, D.C., on July 21, 1969, the day that Apollo 11 astronaut Neil Armstrong became the first person to walk on the Moon.

Vail received the Combat Infantry Badge for his Vietnam service.

After leaving the Army in July 1970 as a specialist four, he went to a six-month computer school. He worked in telecommunications for 22 and a half years with Universal Communication Systems in Roanoke, an interconnect phone company. He has lived in Roanoke since 1971. After his career, he made signs and name badges. He has been retired the past nine years.

Vail was born and raised in Norfolk, the oldest of two children of Thomas and Thelma “Pum” Vail. His father was a veteran of the submarine service in World War II, serving as chief of a boat, and retired as a Navy chief petty officer. His younger sister, Terry, married Jim Blout, a veteran of the 173rd Airborne in Vietnam, and they reside in Virginia Beach, Virginia.

After a year at Old Dominion, Vail traveled the world in 1967 as a junior survey technician aboard an ocean survey ship. The then Seattle resident received his draft notice in Australia. For two weeks the draft board had him rated as 1C until they decided to make him 1A. Vail rushed back to the states and became a Soldier at 21.

“It was almost a comedy but it wasn’t funny,” he said.

Vail, 74, enjoys cooking and gardening. He is a life member of the Vietnam Veterans of America and the Americal Division Veterans Association which will have its annual reunion in September in Indianapolis, Indiana. He has a 10% disability rating from Veterans Affairs because of ischemic heart disease resulting from his exposure to Agent Orange in Vietnam.

Editor’s note: This is the 329th in a series of articles about Vietnam veterans as the United States commemorates the 50th anniversary of the Vietnam War.