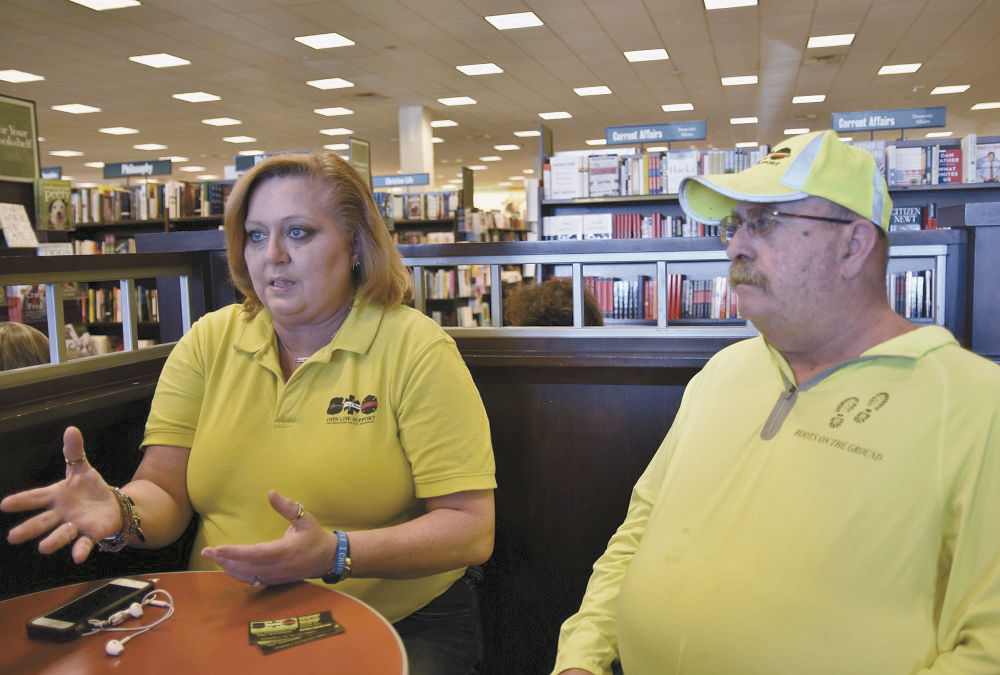 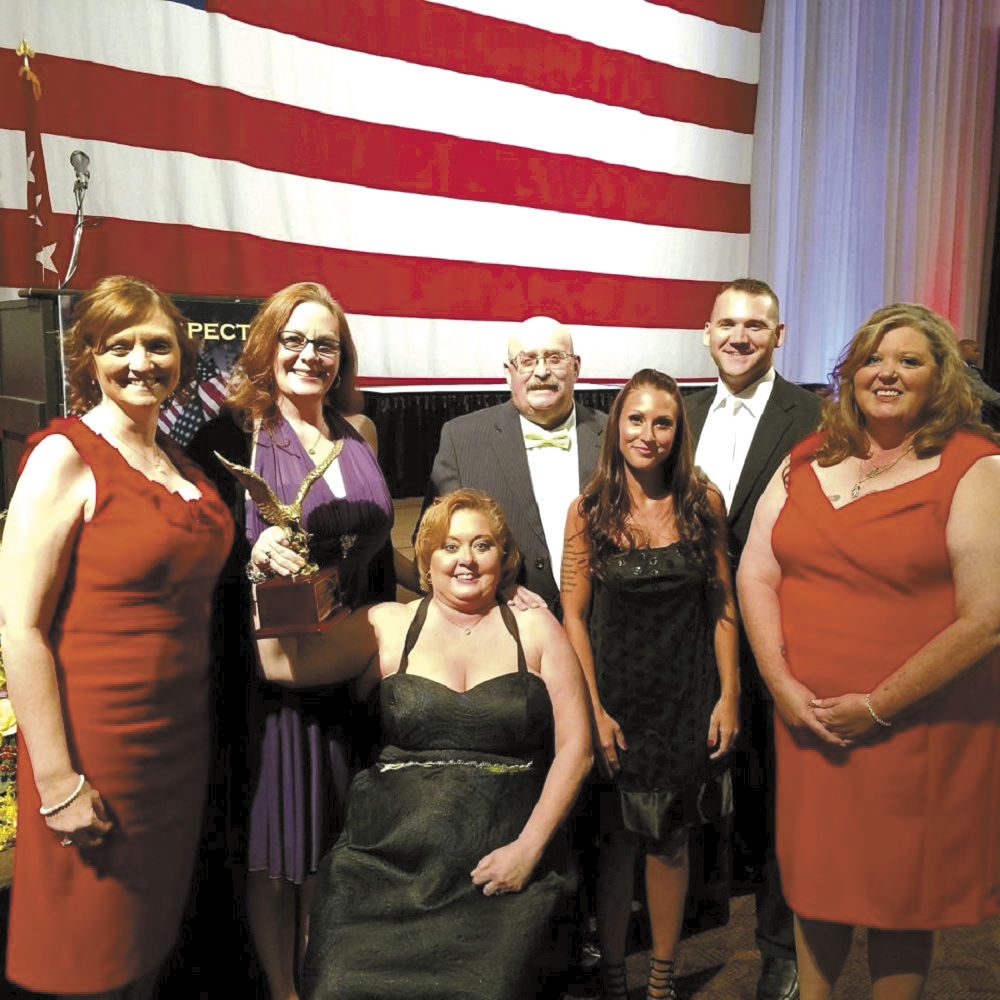 Imagine a first responder answering the call to a house fire, only to realize that the fire was at his own home.

That is what happened in 2008 when Kathy and Mark Hooper were called to help the responder and his family after they lost everything in a fire. As the Hoopers gathered supplies, Kathy turned to Mark and asked, “I wonder what would happen if we already had this together?”

For the past 10 years, Thin Line Support has helped the helpers – firefighters, law enforcement officers, paramedics and 911 dispatch operators – who are the first to help others, but as Kathy said, find it hard to ask for help for themselves. The organization, which has grown into a network of more than 2,000 members across the country, provides anything and everything for a first responder in crisis.

“They can call us and within 24 hours, we can have a house fully furnished,” Kathy said. “We provide everything from a rug on the floor to lights in the ceiling.”

The Hoopers started out small, assisting local first responders. But then the calls started coming in from other cities, and then, other states.

“We’ve had them call us from the scene of an event and say, ‘This is what we need,’” Kathy said.

In the beginning, the Hoopers stored supplies in their guest room closet, until an outbreak of tornadoes swept through Madison County in 2012.

“The tornadoes hit and our whole house became the inventory area,” Kathy said.

Today the organization has eight storage facilities and a trailer, donated to Thin Line Support by a Vietnam veteran. In fact, all of their equipment has been donated by generous supporters. After receiving the trailer, a volunteer painted it in the organization’s signature neon green, unbeknownst to the Hoopers. When the big green trailer appears at a scene, first responders know that Thin Line Support is there to help.

The group also provides equipment for other organizations doing good work of their own. The Hoopers are active in local veteran groups and Thin Line Support provides the wheelchairs for wounded heroes who visit Huntsville each year as part of Semper Fi Community Task Force’s Heroes Week. Kathy said veteran groups and Thin Line Support have much in common as 70 percent of service members become first responders. The veteran community recognized the Hoopers’ work in November 2017, awarding Thin Line Support the Veteran Organization of the Year at the annual Veterans Dinner.

“To determine how bad a disaster is – if Waffle House is closed, it's bad,” Mark said with a laugh.

Sometimes their mission is something as small as dropping off blue doughnuts for Redstone Arsenal Directorate of Emergency Services personnel. And sometimes it is a welcome gift of normalcy in the midst of chaos. When wildfires destroyed much of the Great Smoky Mountains in November 2016, the exhausted firefighters did not think they would be enjoying a turkey and dressing meal that year.

“We carried 700 turkey dinners to Pigeon Forge,” Kathy said. “They said, ‘We didn’t think we would have Thanksgiving.’ Our Tennessee director’s response: ‘Oh yes, you will.’”

Thin Line Support welcomes any and all volunteers – first responders and civilians. They will accept gently used household items and will pick up large items from homes upon request. The organization is also in need of a building and a new trailer, as their needs have outgrown their current resources. The organization is a registered 501c3, accepts monetary donations via PayPal and is looking for corporate sponsors to support their mission. They can be reached via email at 4911tls@gmail.com or on Facebook at www.facebook.com/thinlinesupport/.