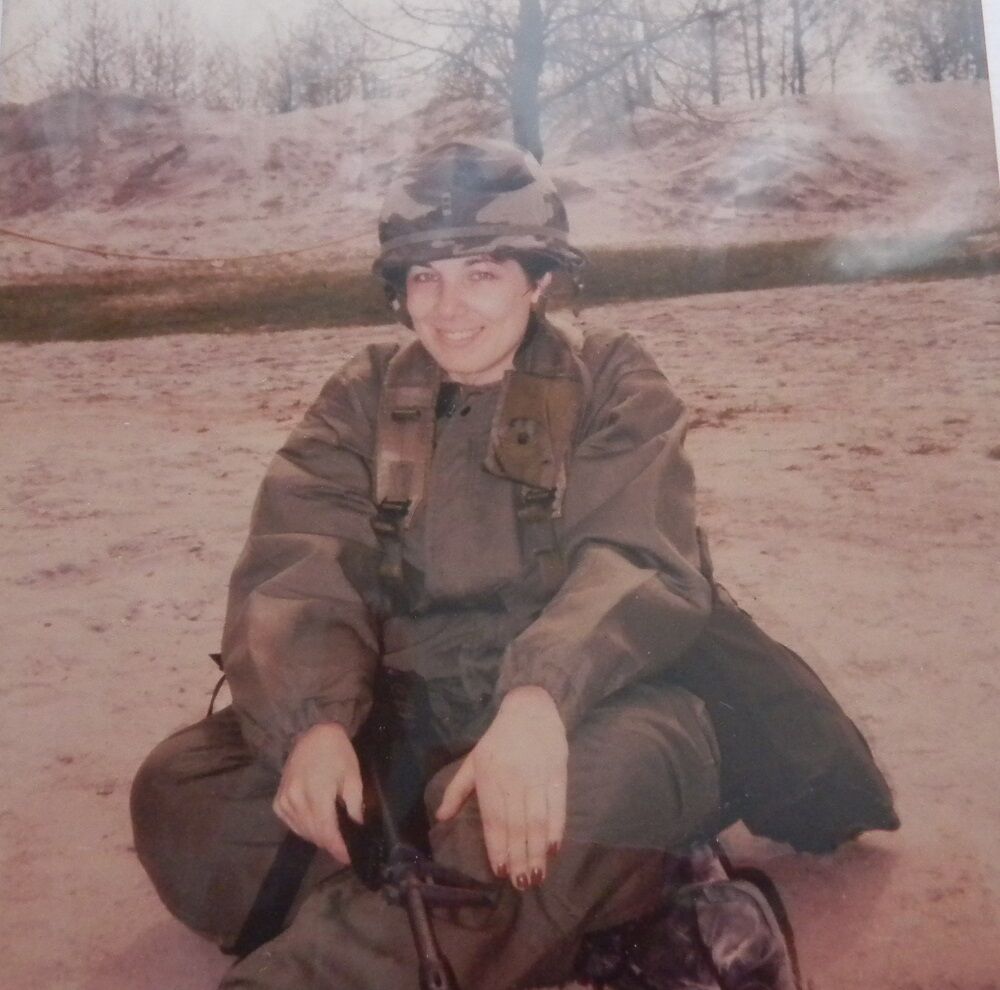 Diane Otto Watkins wanted to become a professional musician after high school in 1973 but she didn’t see many opportunities available for women.

She didn’t have the money for college and she didn’t see any jobs open for female musicians. So she joined the Women’s Army Corps.

“My parents told me I had to have a job and medical and dental and a roof over my head and be out of the house,” Watkins said.

During her senior year at Cedar Ridge High School in Matawan, New Jersey, she auditioned for the WAC Band in November 1972 at Fort Monmouth. She played clarinet for four years at Cedar Ridge. After she graduated from high school in June, she entered the Army on delayed entry at age 18.

Watkins had basic training at Fort McClellan in August and September 1973. She played clarinet in the all-female 14th Army Band (WAC) from 1973-76 at Fort McClellan and she also played drums for the marching band. The WAC Band had 72 musicians.

Her secondary jobs included serving as the company clerk, the barracks sergeant and the heavy truck operator. She had a 5-ton truck license. Whenever the entire band traveled to a performance, she drove the 5-ton military vehicle.

“When the Women’s Army Corps deactivated in 1976, I reenlisted to be in the Military Police Corps,” the retired chief warrant officer four said. She retired from the Army in 1994 after 21 years of service. Her last assignment was polygraph examiner at Fort Carson, Colorado.

After leaving the WAC, she became a military police officer and immediately promoted to sergeant in the 111th MP Company at Fort McClellan. She was a military officer from 1976-78 and became a criminal investigation division agent from 1978-94. Her career took her to Germany, Washington, D.C., Georgia, Kentucky and Colorado.

“Very productive,” the Laporte, Colorado, resident said of her career. “I completed all my education goals. I did all the travel I wanted to do.”

Watkins remembers the challenge of being in uniform during the turbulent years of the Vietnam War.

She experienced this while traveling in Atlanta and Newark, New Jersey, in 1973-74. She remembers feeling anxious while marching with the band in a parade in Birmingham about 1973. “The crowd on the sideline started to close in our us while we were marching. But nothing happened because the police restored order,” she said.

Other than those incidents, she said the bands performances were well-received at high schools and concerts. They were part of the recruiting and morale and welfare efforts.

During her years with the Women’s Army Corps, she was a private through specialist four. Her fellow female Soldiers called her “Otto,” the nickname from the sergeant’s dog in the Beetle Bailey comic strip. “You don’t want to know how many cartoons got pasted to my barrack’s door,” she said laughing.

Watkins was born in Brooklyn and raised in South Amboy, New Jersey. She was the second of three children with an older brother and younger sister. Her father, George Otto, was a combat veteran of World War II in Europe with the 101st Airborne Division. Her mother, June, was a registered nurse who married him when he returned from the war.

Her husband of 27 years, Bill Moore, retired in 2001 after 26 years with the Army and Air Force Exchange Service. She has a stepson, a stepdaughter and a grandson. She and her husband have a 40-acre ranch on Bonner Peak in Colorado.

Watkins was part owner and operator of the Star Bar-B-Q in Fort Collins, Colorado, from 2001-06.

She continues to play the clarinet and saxophone and serves as a concert master with the Wellington Community Band. She sewed 555 masks from February-November 2020 and donated more than 360 to veterans, nurses at nursing homes, family and friends. At 66 she volunteers at Veterans Affairs in Cheyenne, Wyoming, and she is a Colorado master gardener. Watkins attended the WAC Band reunion in 2018 at Fort McClellan and she plans to return in October 2022. “And we play a reunion concert,” she said. “We got the band back together.”

Watkins shared her thoughts on being a member of the Women’s Army Corps during the Vietnam War.

“It was a means to have a life and get out of poverty and get my education,” she said. “If you wanted to be in the military and be a musician, you were going to be a WAC. You had to go in the WAC Band. It was the only option. It was the only branch that had a band that allowed women so it was pretty special.”

Editor’s note: This is the 319th in a series of articles about Vietnam veterans as the United States commemorates the 50th anniversary of the Vietnam War.