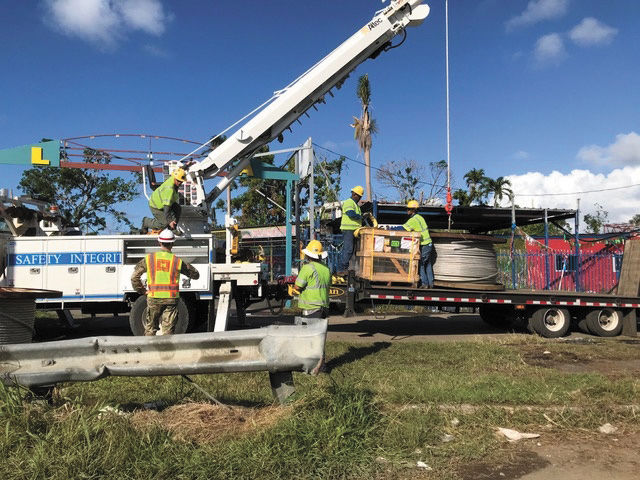 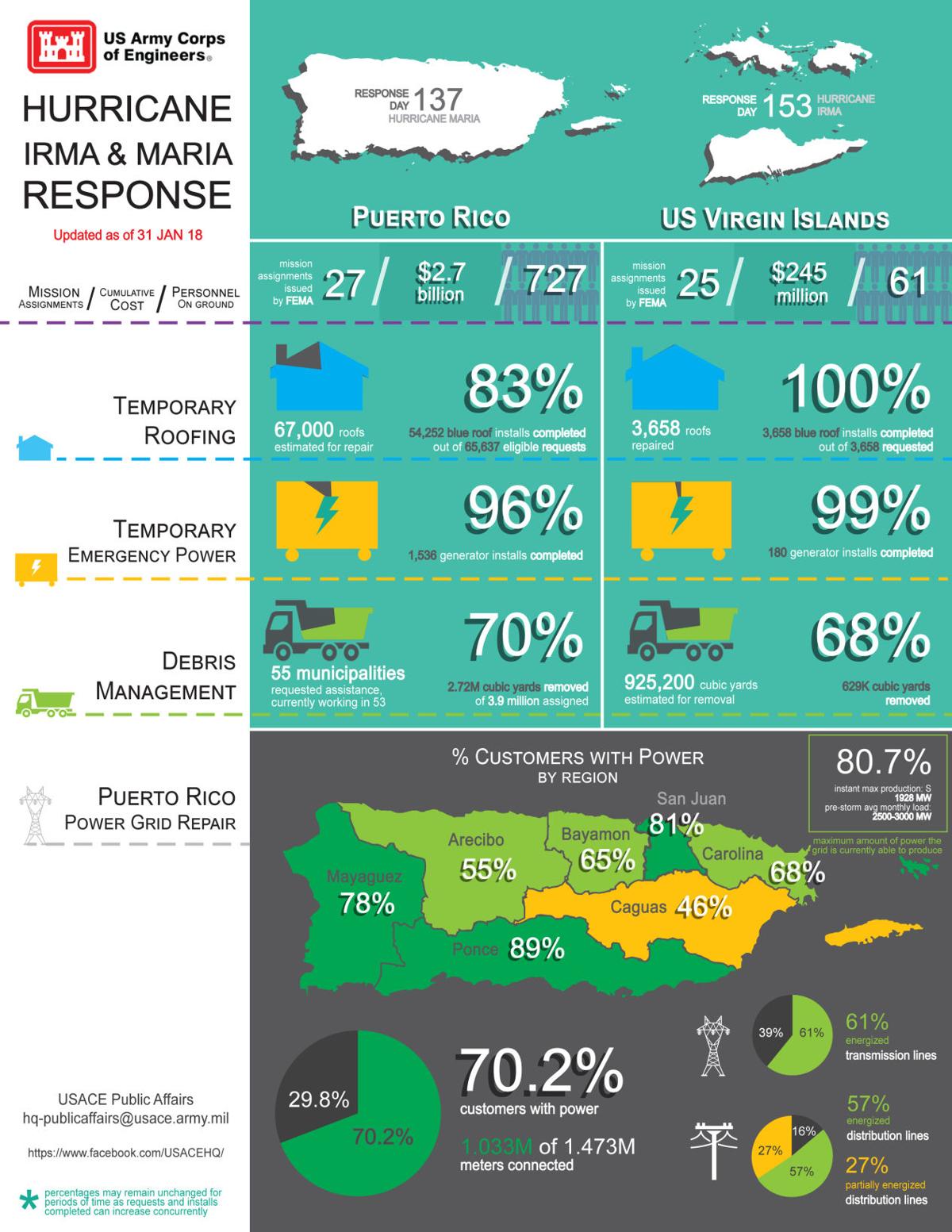 To fully understand how engineers can make a difference in the world, one needs to look no further than Puerto Rico.

When Hurricanes Irma and Maria ravaged the U.S. territory in September 2017, they left behind a path of destruction that knocked out power for millions. In the months that followed, employees of the Army Corps of Engineers have stepped up to the challenge of restoring electricity to the island, including Ron Brook, Huntsville Center’s own, who deployed from mid-December to mid-January as a project manager.

“I felt like it was a good cause,” Brook said upon his return. “I had not worked in a deployment for the Army before, but because of the nature of the work – a humanitarian effort and large scale engineering effort – I was interested in participating. The magnitude of the effort and the complexity, particularly on the logistics end, is what impressed me the most. I knew it was a big effort going into it and I knew there was a lot of damage to Puerto Rico, but the true nature and scale was hard to comprehend until you were on the ground.”

With 2,400 miles of transmission lines, 30,000 miles of distribution lines and 300 sub-stations, about 80 percent of Puerto Rico’s power grid was destroyed in some way by the hurricanes, according to Col. John Lloyd, Task Force Power Restoration commander. The Army Corps of Engineers is leading the federal effort to repair Puerto Rico’s power grid, a task assigned to them by the Federal Emergency Management Agency. The mission is expected to be complete in March.

Partnered with the Puerto Rico Electric Power Authority, the Department of Energy, and FEMA, the mission’s four main lines of effort include providing temporary emergency power, ensuring adequate generation at power plants, reinstalling and repairing transmission lines, and restoring and repairing the distribution lines, according to USACE. More than 900 generators were installed in critical public facilities, the most temporary power mission ever completed. In comparison, some 300 generators were installed after Hurricane Katrina, only 40 after Harvey.

“The level of destruction in Puerto Rico was very, very, extensive,” Brook said. “The way it was put to me was if somebody had wanted to wreck their system, they couldn’t have picked better points to demolish. I was struck by the overall level of damage, and the logistics effort was complicated by the fact that it’s an island, so you can only bring things in by air and water. When I left they were bringing in 50 to 60 containers a day of material.”

Older infrastructure and a lack of standardization of utilities created an additional challenge, as workers not only had to figure out how to ship a large volume of parts to Puerto Rico, but work with industry to restart manufacturing on obsolete parts.

“Industry had to respond to that, and there were parts that were obsolete,” Brook said. “Industry had to ramp up and in some cases retool, and the sheer volume of materials coming in, and tracking made it extremely complex.”

Rugged, mountainous, jungle terrain made some spots only accessible by helicopter, an added challenge to power restoration. In some remote areas, roads had to be created for workers to get through to complete their repairs.

“The size of the contracts and the number of people involved – the amount of communication and keeping everybody in sync on communication was difficult, just because of the sheer magnitude of the job,” Brook said. “I would’ve liked to stay longer to accomplish more.”

By the time Brook left in mid-January, power had been restored to about 80 percent of the island, with a little more than 1 million of the island’s 1.47 million customers receiving power as of Jan. 27. As of the end of January, USACE had 3,764 personnel on the ground, including 3,527 contractors from Fluor Corp and PowerSecure, and an additional 1,500 restoration workers and support personnel expected to arrive from other American electric power companies.

Huntsville Center Contracting Officers Lisa Hendrix and Angela Wilson didn’t have to leave the Rocket City to help the people of Puerto Rico, but were nonetheless critical workers when it came to awarding the initial $240 million contract in October to the Texas-based Fluor Corporation. The contract, which had an “unusual and compelling urgency,” now totals nearly $1.3 billion, and is for repairing transmission and distribution lines.

“This is one of the reasons why I wanted to work for the Corps of Engineers,” said Wilson, who together with Hendrix, continues to work long hours and weekends to support Corps of Engineers personnel deployed to Puerto Rico. “I wanted to be doing something that was critical, that helped our service members or our American public, because the Corps of Engineers does civil works as well. To just be able to help is exactly why I came here, and why I’m proud of what we’re doing.”

“This has been a unique opportunity to where we’ve been able to work with a cadre of folks forward deployed that are from various districts,” Hendrix said. “It’s been really enlightening to work with folks with different levels of experience from various projects. They’re coming to it from the standpoint of their district. It’s been challenging in a way, but enlightening.”

When it comes to inspiring wonder, there is strength in numbers.