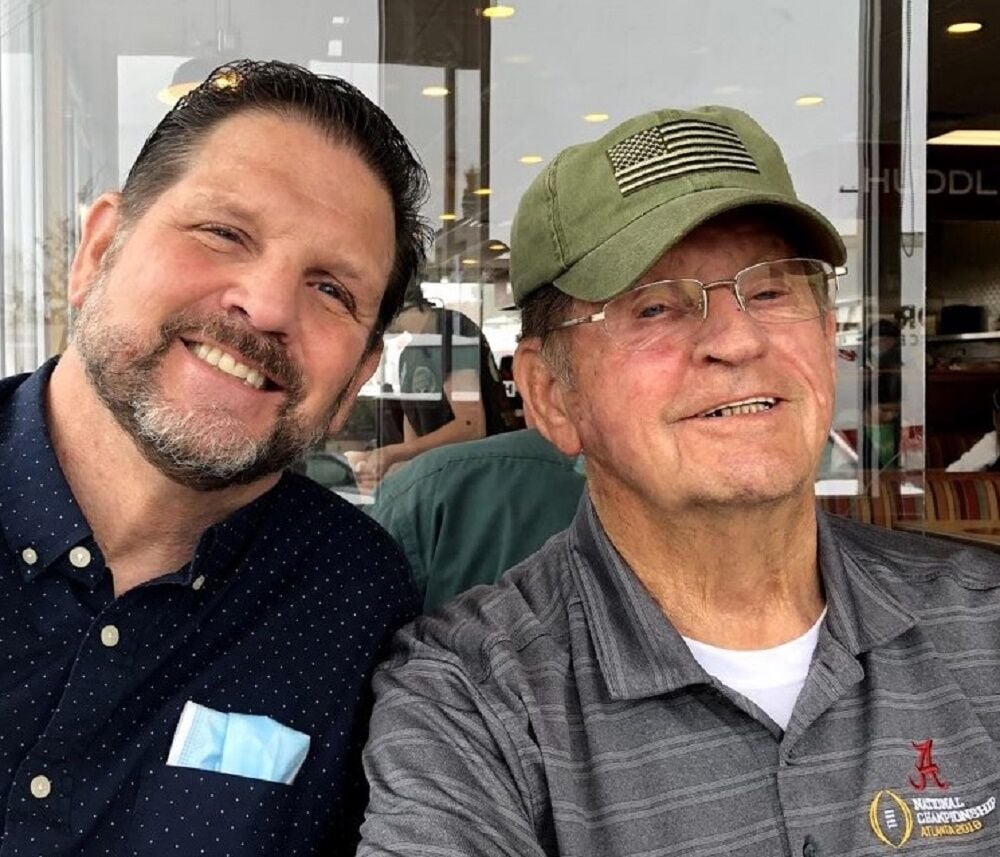 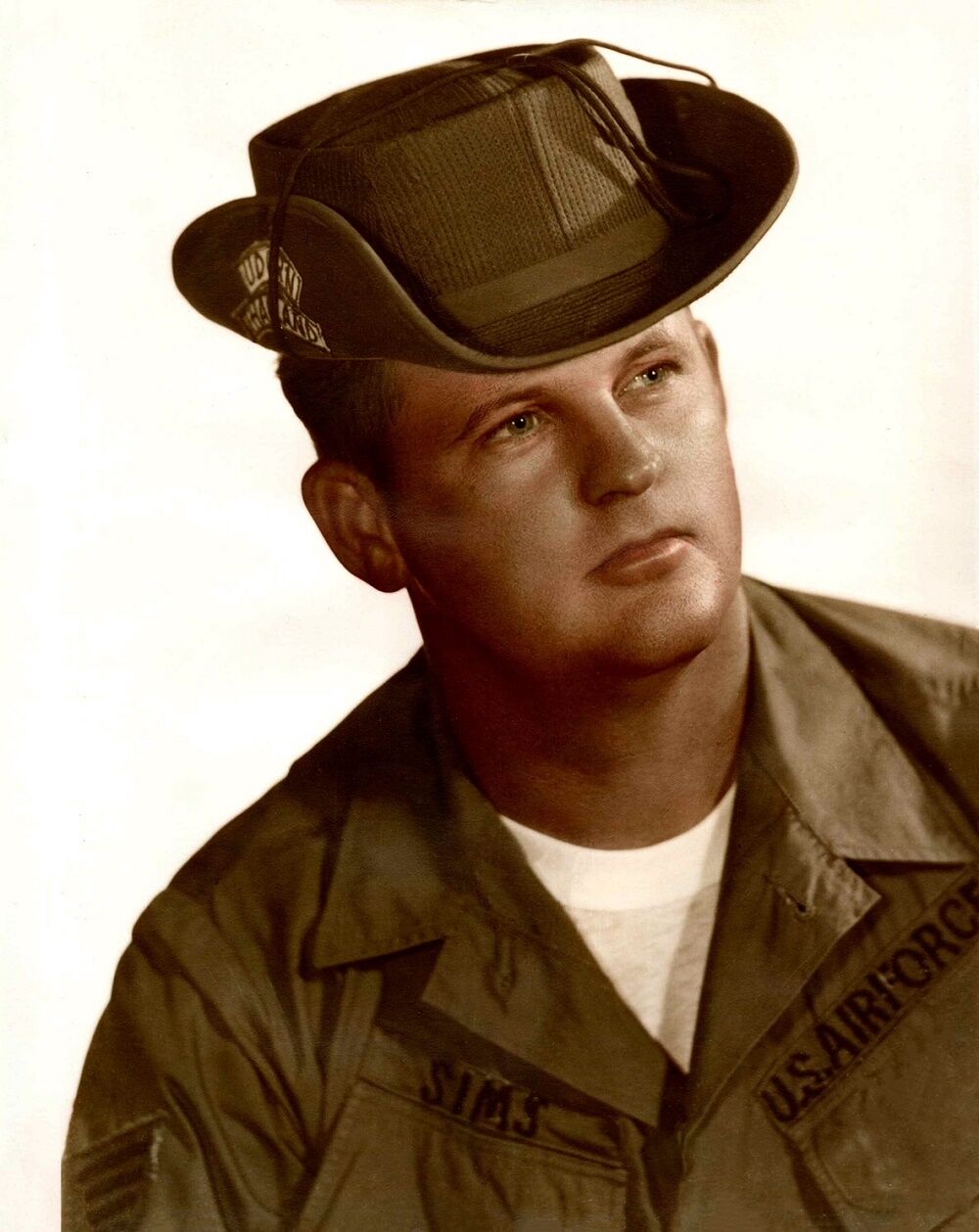 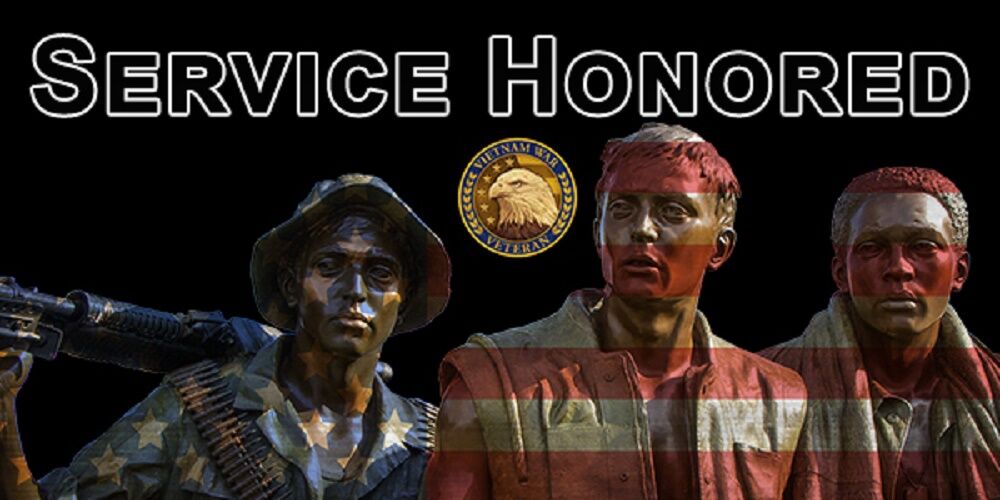 Dropping out of high school and joining the Air Force in 1953 seemed like a good plan for a Bessemer 18-year-old who didn’t care much for school.

And it was a good plan, except it took Danny William Sims right back to the classroom for aviation ground support training.

“When I enlisted, the Korean War was still going on. I went to basic training and then to tech school, where I took classes six days a week. But I didn’t go to Korea because that war was over in June 1953,” Sims said. “At that age, I didn’t like much of anything. I wasn’t exactly a rebel, but I also didn’t really care about very much.”

Fourteen years later, the plan took him to Thailand.

Today, the 84-year-old Sims is long removed from his one-year tour at Udorn Royal Thai Air Base in Thailand, one of eight Thai bases from where U.S. air strikes were flown over North Vietnam during the Vietnam War. But memories still linger, and his military service has left an impact on his middle son, Ricky Sims, who served 25 years as an Army Black Hawk helicopter pilot and is now closing out on nearly 11 years as the deputy director of public affairs at Army Materiel Command. The elder Sims is being honored by AMC through its Vietnam Veteran Commemoration Program, part of the nation’s Vietnam War Commemoration Program.

Time changed Sims and so did family. In 1967, with a wife and three sons, Sims very much cared when he was called up to go to war.

“It was part of my duty to go. Everybody who was serving had to go at some point. I hated to leave my family but I had to,” Danny Sims said. “I will say that since I had already been in the Air Force for 14 years, I was more prepared to handle the challenges of going to Vietnam than some of the younger guys were.”

Udorn Royal Thai Air Base was a busy place, with aircraft flying 24 hours a day, seven days a week. During the Vietnam War, about 80% of all Air Force air strikes over North Vietnam originated from air bases in Thailand. As part of the ground support crew, Sims provided start and receiving capabilities as well as engine, pneumatics, avionics and communications equipment maintenance for the four-engine jet transport, the C-141 Starlifter cargo hauler. Also flying from Udorn were the RF-101 and RF-4C unarmed photo-reconnaissance jets; and the F-4C/D and E Phantoms used for escort, sweep and air combat patrol.

Udorn and the seven other Thai bases used by the Air Force were commanded by Thai officers with Thai air police in control of base access while U.S. wing commanders and the Seventh Air Force/Thirteenth Air Force commanded American units.

“Things were kind of heated during the time I was there. Planes would come in from mission and sometimes they would be shot up pretty bad. Some pilots didn’t come back,” Sims said. “On base, there were a lot of Thai personnel and you really had to be careful because you didn’t know if they were friend or foe. We weren’t really under any attack, but we had to always be postured for attack.”

Sims recalled one attack that took place when the North Vietnamese were releasing U.S. pilots who were captured after crashing in Laos. A C-141 served as a hospital ship for the pilots.

He also remembered the tremendous loss of pilots shot down while on mission and the memorial services held for them.

“There was a little church on base and one Sunday morning I was standing in worship next to a pilot. During the Monday morning mission, his plane was blown out of the sky and he was killed. It happened a lot. I always prayed they would make it back. Many did come back, but some didn’t.”

There were also some good times at Udorn, Sims said, like the time Bob Hope and Raquel Welch entertained troops.

Back home in Bessemer, Sims’ wife Glenda kept life as normal as possible for their three sons – Keith, 10; Ricky, 8; and Michael, 6.

“The worst part was being way from home,” Sims said. “I got quite a bit of mail. The boys would write, ‘We miss you, daddy. We love you, daddy. Are you having a good time?’ They didn’t quite understand what I was doing.

“I didn’t get a chance much to talk to them. Glenda was good about taking care of them while I was gone and, since I moved them back to Bessemer, they had family support.”

Son Ricky learned to appreciate what his father was going through.

“I knew even at that age that I wanted to be a pilot, so I was consumed with everything military,” he said. “I remember him getting on the train to go to war. Within a few months, I began watching (TV news broadcaster) Walter Cronkite and seeing the body count in Vietnam, and realizing what it meant and that this could be a dangerous event for my dad. He would send us 5-inch reel-to-reel recordings of him, and I would play them over and over again.”

Sims returned in 1968 to a family welcome.

“They all met me at the airport in Birmingham. It was quite a pleasure. I looked forward to that homecoming the whole year I was gone,” Sims said.

“It was better than I anticipated. It was good to get back to American soil.”

But he wasn’t received with open arms by the nation.

“There was a lot of protest going on at about the time I came back,” Sims recalled. “We weren’t always accepted, but we also weren’t abused by any means. We just didn’t understand why there were these protests.”

Sims went on to serve five more years in the Air Force, teaching new ground support technicians at Chanute Air Force Base, Illinois. He retired at 38, studied and graduated from Samford University in Birmingham, and attended seminary to become a Southern Baptist minister, a second career that took him all over the world as a missionary and to serve churches in Birmingham, Hayden and Oneonta.

“My dad encouraged me. But it unnerved my mother,” Ricky Sims said. “I wanted to be challenged, to be tested. I loved the idea of flying really fast across the ground and being really close to the fight. Serving in the Army was the right choice for me.”

Ricky Sims is proud that his dad is being recognized by AMC and he is proud AMC is among the many organizations working to ensure Vietnam veterans receive the recognition that was absent 50 years ago.

“Next to his faith and family, my dad’s service is probably the most important thing to him,” Ricky Sims said.